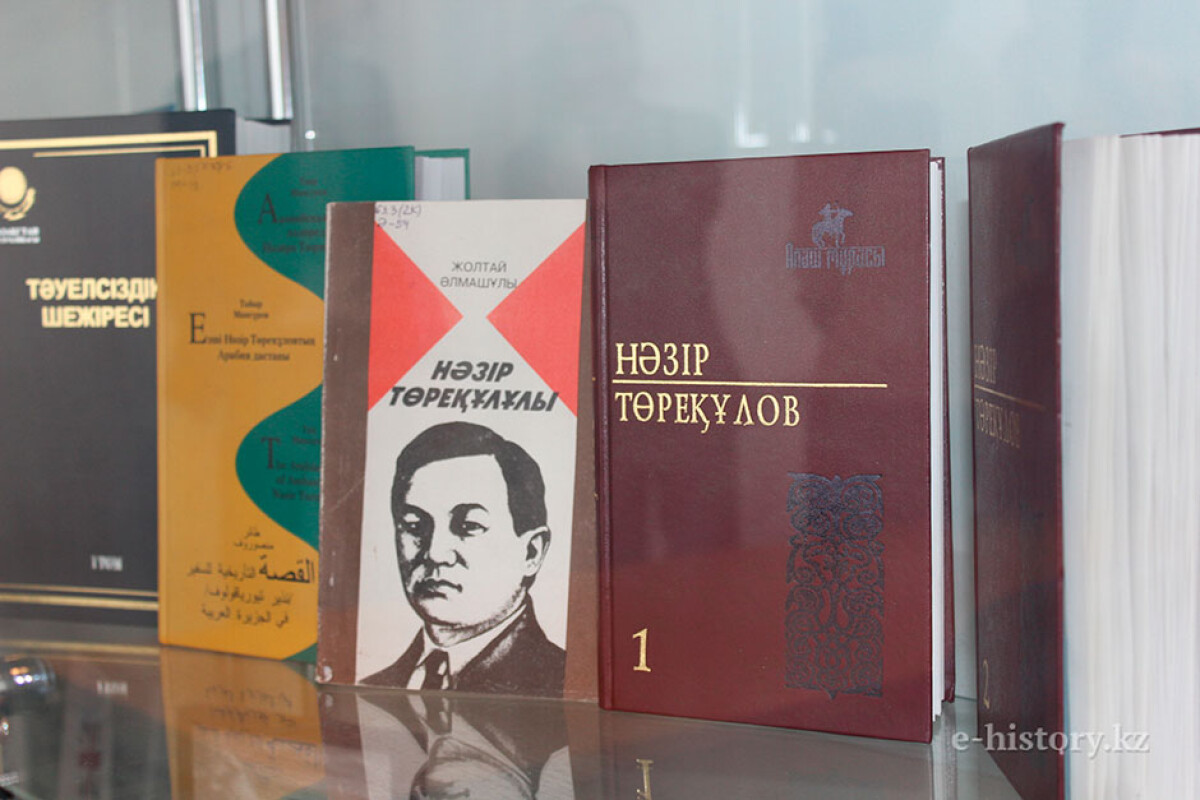 May 23, 2014, in the Eurasian National University named after L. N. Gumilyov was held an inauguration of the Center diplomat Nazir Turiakulov and Arab Studies.

The initiator of the creation of the Center for the first Kazakh diplomat was the Doctor of Economics, Professor, Honored Worker of the Diplomatic Service of the MFA of Kazakhstan Saylau Batyrsha-uly. 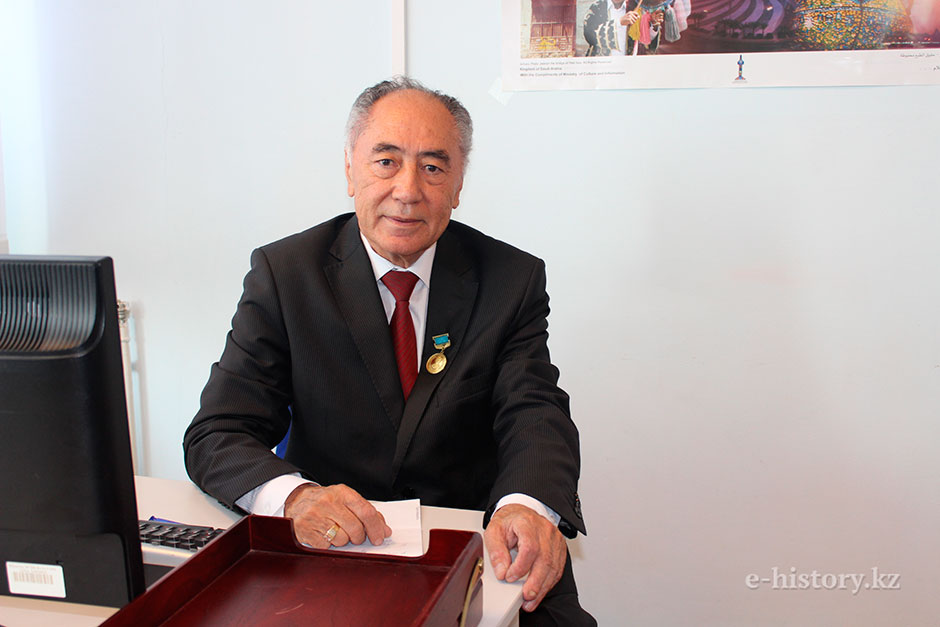 Nazir Turiakulov is the first Kazakh diplomat, permanent representative of the USSR in the Kingdom of Nejd and Hejaz (now Saudi Arabia). «The task of the center is the study of the works of Nazir Turiyakulov. He was the founder of diplomacy in Kazakhstan in the Soviet Union. Until 1933, the U.S did not recognize the Soviet Union, explaining that the Communists came to the power by using military coup. So there was a diplomatic blockage of the Soviet Union. It was necessary to get out from this political and economic blockade». 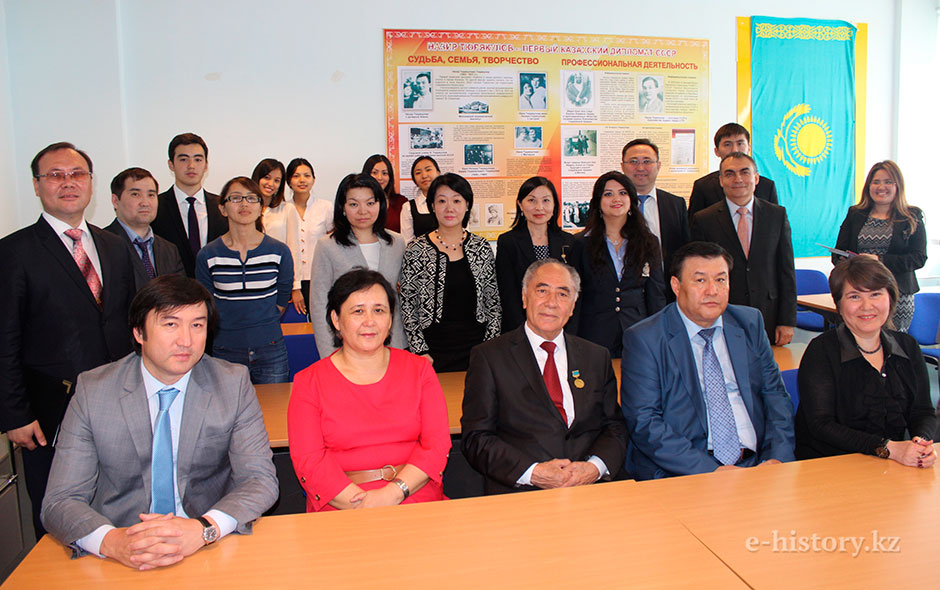 At that time Europe and America had a big influence on Arab countries. Only Saudi Arabia despite of anything established diplomatic relations with the USSR. Other Arab countries have not opened the Soviet Embassy. In this regard, Turiakulov’s role is very high. In such a difficult political situation he was able to strengthen the position of the Soviet Union in Saudi Arabia.

However, everyone knows that tragic fate of the first Kazakh diplomat. In 1937, the Soviet leadership decided that it is unpromising deepening cooperation with Saudi Arabia. The diplomat Nazir Turiyakulov was recalled to Moscow, accused in spying and sentenced to death. 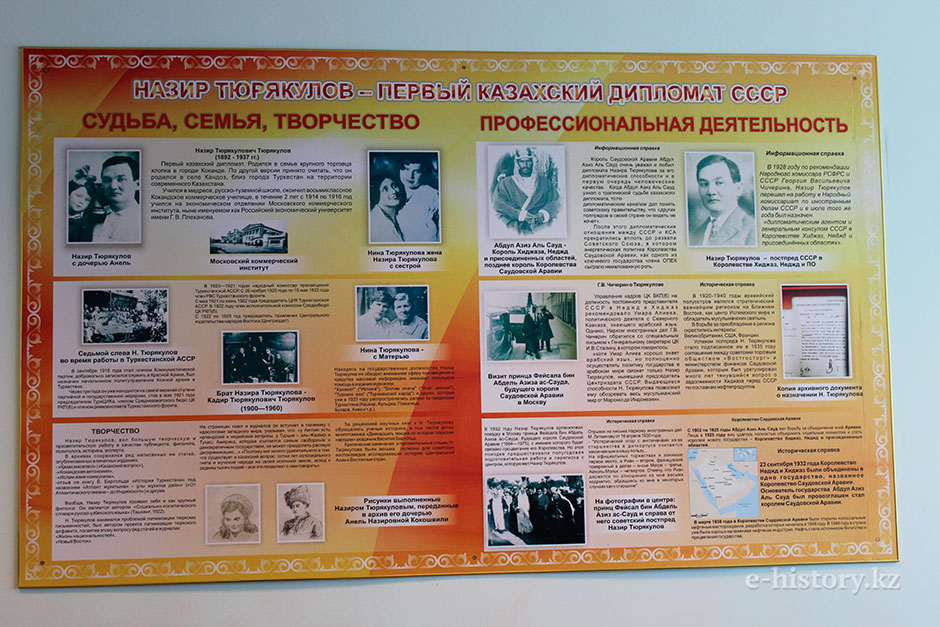 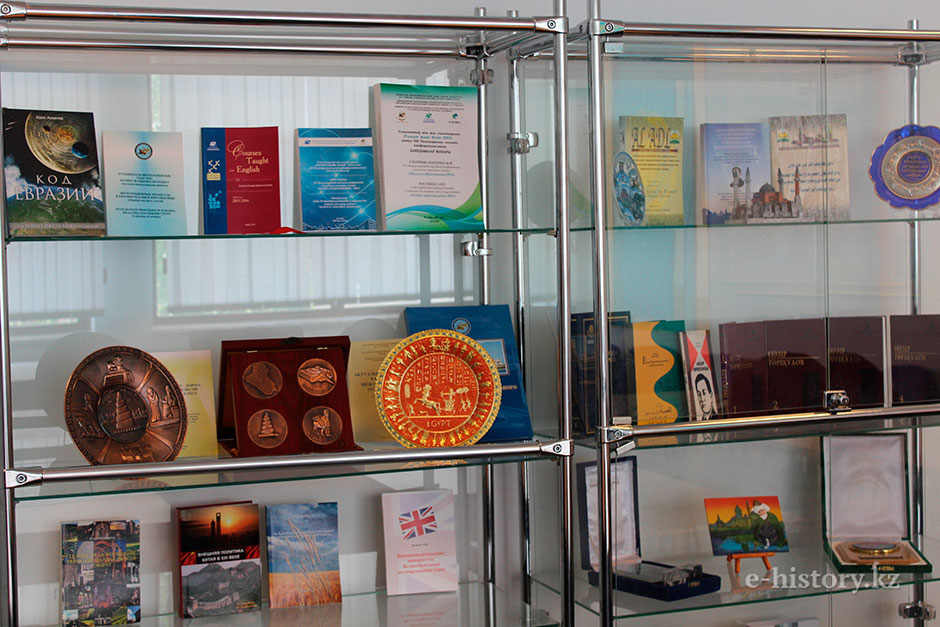 «Students and researchers will learn the diplomatic works of Nazir Turiakulov and his declassified correspondence. These archival materials we received from the Soviet Foreign Ministry. Doctor of Political Science Tair Mansurov has a great merit in the returning back forgotten name of the talented diplomat.We will learn Turiyakulov’s diplomatic skills to apply this experience in teaching our young diplomats. Soviet diplomacy was at a high level. We had to grow and learn a lot», — said Professor Batyrsha-uly about the center. 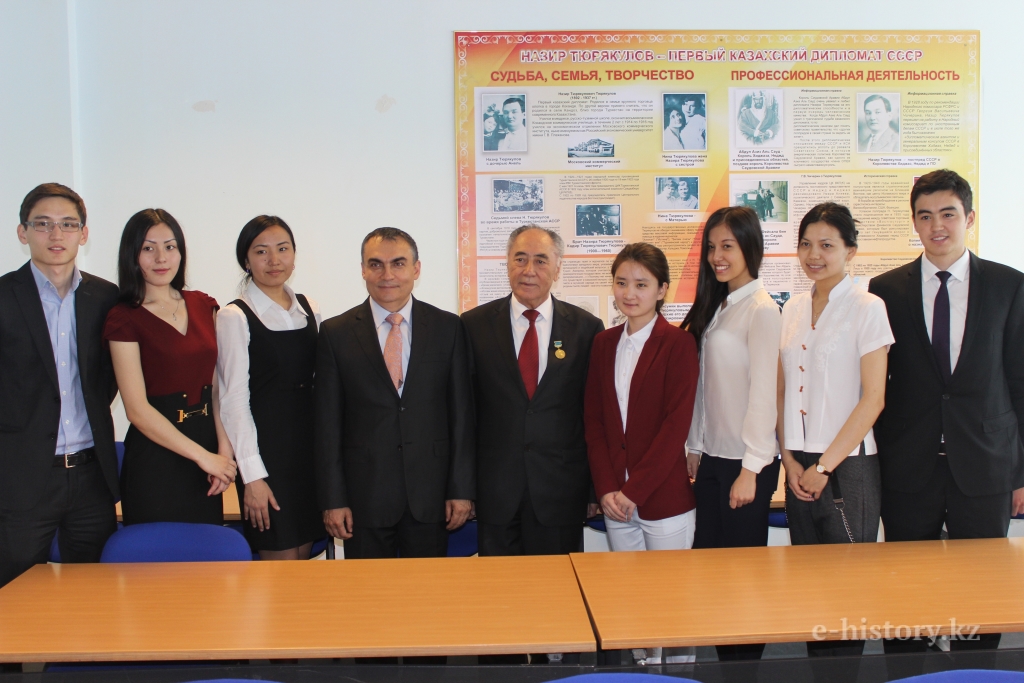 Opening of the center of the first Kazakh diplomat is a great opportunity for students to expand their horizons of scientific interest (it includes the study Turiakulov’s works, political and economic situation of that time, and the study of modern Arab countries), and for teachers to upgrade their qualifications.