Home News Other Ukrainians in Kazakhstan: history of removal

Ukrainians in Kazakhstan: history of removal 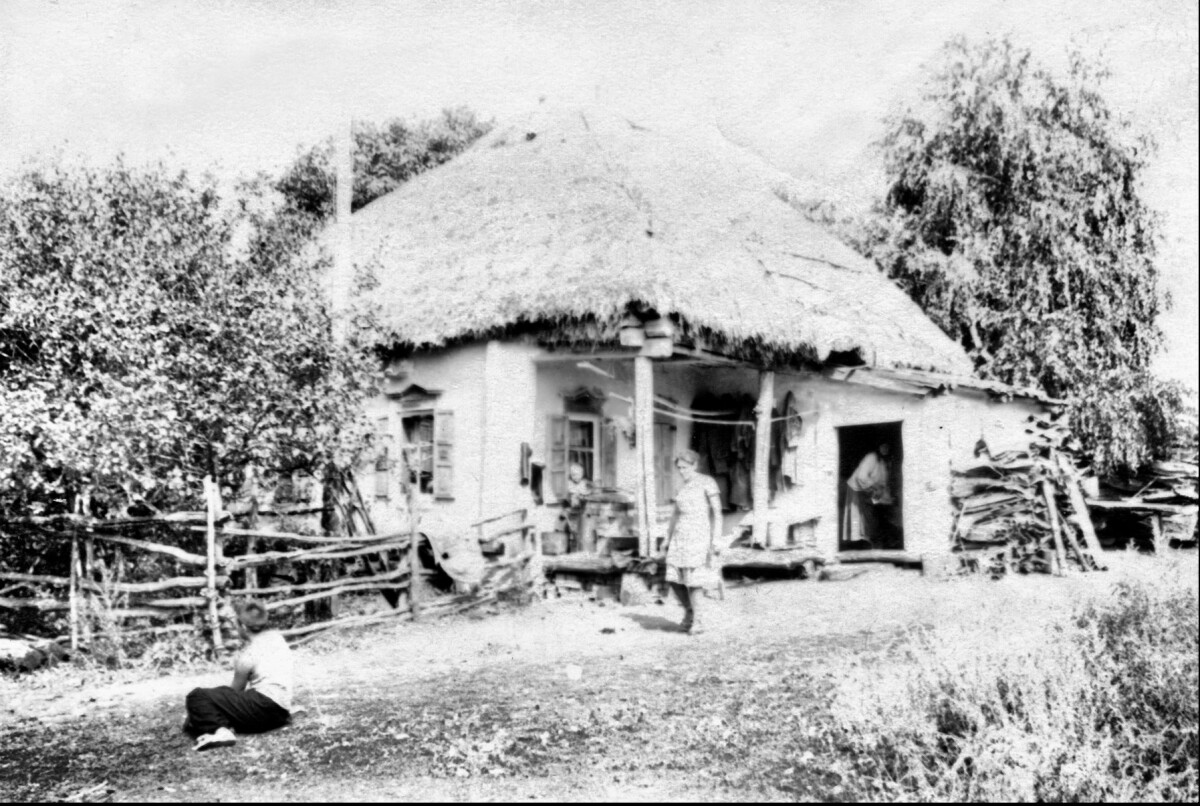 When the foundation for the Ukrainian diaspora in Kazakhstan was laid? T.A. Chernega, editor-in-chief of Ukrainian news («Українські новини») Republican newspaper, answers this question.

However, these materials and those researches, which I had worked with, unfortunately, yet do not give any full and systematic description of history of Ukrainians’ removal to Kazakhstan.

It is necessary to outline that this is a common problem of researches on so called «Eastern» Ukrainain diaspora, which area of settling expand to the East from indigenously Ukrainian lands.

Poor knowledge basis of the history of Ukrainians’ removal to the East distinguishes enough from the completeness of this theme related to Western diaspora, on which to the present time there are a lot of well-grounded and fundamental scientific works, that was marked by many researchers [1; 2; 3].

In fact, in the past two decades the attention to the history of the settlement of Ukrainians to the East from the mainland of Ukraine gained new impulse, which can be explained by at least two objective reasons.

Firstly, with the proclamation of Ukrainian Independence the need in objective review of the history of Ukrainian state raised, and secondly, the suverinization of the post-soviet states and processes of democratization in them gave a stimulus to the awakening of national self-consciousness of Ukrainians who were living there, as well as to the creation of Ukrainian ethno-cultural associations and in the result — indication of interest to their own history.

In this respect, information about displaced Ukrainians in Kazakhstan is very interesting despite the poor basis of knowledge.

Thus, settlements of immigrants from Ukraine on the territory of modern Kazakhstan took place in XV–XVI centuries, when some explorers began developing some areas of Ural, Siberia, Northern and Eastern Kazakhstan as well as the Far East.

Along with this, in XVII — beginning of XVIII centuries the expansion of Russian Empire’s sphere of influence, including embracing of deep Kazakh steppes and valleys of Ural, Tobol, Ilek, Esil (Ishim), Irtysh rivers, was observed.

According to Decree of Catherine II were used for deportation of members of liberation movement of 1768 [2, pp. 261–262; 5, p. 5], known in history as «kolivshina» (from the word «pale» which was the main weapon of the rebels). After the collapse of Zaporizhzhya Sich in 1775, a part of Zaporizhzhya Cossacks were also deported here.

These first mass resettlements, took place in the second half of the ХVІІІ century, had violent character.

Unfortunately, it is almost impossible to determine the exact number of migrants from Ukraine among these categories of replaced people and to trace their further destiny before XIX century without detailed analysis of archive materials.
In XIX century the deportation of Ukrainians to Kazakh steppes was caused by the implementation of tsarist government policy on military-Cossack colonization of the territory of Kazakhstan, conducted from the twenties of XIX century to the Revolution of 1917.

There is no reason to consider the migratory process from Ukraine to Kazakhstan to be a large-scale in the first half of the XIX century, but in the second half, with the abolition of serfdom in the Russian Empire (1861) and especially with the opening of the Siberian railway (1894), migrant flow from Ukrainian lands in the Kazakh land had noticeably increased. It was based on people from Poltava, Kharkov, Ekaterinoslav, Tauride, Kiev, Kherson, Chernigov provinces [7; p. 9].

It is interesting that the most significant increase of migrants’ number, in a whole history of Ukrainian deportation to Kazakhstan, dates XIX and XX centuries, the period of the first Russian Revolution and following Stolypin reform [2; 6; 7; 8]. The foundation of Ukrainian diaspora in Kazakhstan was laid exactly in that time.

Some researchers believe that from that time the migration movement of Ukrainian population (mostly rural) from Ukrainian lands to the East, including in Siberia, Kazakhstan and the Far East, can be divided into several «waves of resettlement, going one after another».

In fact, the concepts about the number of these waves and the character of replacement do not always sound believable.

Thus, for example, A. Ponomarev consider that «there are three main waves of Ukrainian migration to the East» including the following:
THE FIRST wave — the end of XIX century;
THE SECOND wave — beginning of XX century (from Stolypin reform till Revolution of 1917);
THE THIRD wave, strange enough, occurred in 50-60-s of XX century (developing of Virgin Lands).

It seems that such periodization is too schematic and does not reflect the real situation with the replacement just because entire periods of the deportation process of 20-s — beginning of 30-s, repressive and deportation replacements of the end of 1930-s, military evacuation of 1941–1942 as well as new deportations of the post-war period till the beginning of 1950-s are falling out of this periodization/

However, it should be marked that the whole complicated process of resettlement movement from Ukrainian lands to the East, including Kazakhstan, it is mostly about XІX–XX centuries, was diversified by a chronological framework, the quantitative characteristics of migrants, their social status and other features.

In addition, the relocation to Kazakhstan should be reviewed in the context with the overall migration movement from Ukraine to Siberia and then to the East.

In this article I would like to give, even in schematic form, a general picture of migration waves of people from Ukraine to Kazakhstan. (We note here that the term «wave» is somewhat schematic and symbolic).

So, if we talk about the «waves» of migration of Ukrainians to Kazakhstan, then the first of them should be attributed to the end of the XІX century. At least two events served as a catalyst caused the active migration movement.

Thus, the first of them was adoption of the appropriate normative documents by the tsarist government after the abolition of serfdom including «Temporal Rules on Peasant Resettlement to Free State Lands» (1981) and the Law «On Voluntary Replacement of Village Inhabitants and Artisans to the State Lands and on Replacement Procedure for Given Classes Replaced in Former Times» (1889) [4]. The second, which had a significant practical meaning, was launching of the Siberian Railway in 1894.

The next strong migration «wave», overflowed the first, was related to the conducting in the tsarist Russia Stolypin Agrarian Reform (1906–1917). The following statistics shows the intensity of these «waves»: thus. according to the First General Census of the Russian Empire (1897), 86,7 thousand of Ukrainians on the territory of Kazakhstan by the end of XIX century [7] (in accordance with another data — 93,2 or 93,4 thousand), and by the 1917 the number of replaced people had increased eight times (!) and was 700 thousand of people.

According to the First All-Union Census of 1926, the Ukrainian population of Kazakhstan had grown by 150 thousand of citizens and was 860,201 people. At the same time Ukrainians formed the majority of population of Northern regions of Kazakhstan on the territory of 3 thousand km to the South from Orenburg (former capital of Kazakstan)/

It was also recorded that the intensity of replacements during Revolution and the Civil War of 1917–1921 was declining.

The next strong «wave» of replacements in the history of Kazakhstan’s Ukrainians had repressive and violent character. Thus, in the period of forced collectivization of peasant farms and «liquidation of kulaks as a class» (from 1928) around one million of people including those who considered being «enemies of the people» among which was not only kulaks but middle class and a lot of intellectuals as well, were deported from Ukraine. And a substantial part of them was deported to Kazakhstan.

This «wave» reached its pick in the end of 1930-s when the total population of Kazakhstan was enriched by special settlers of various nations including repressed Ukrainians and deported members of their families after the USSR’s violent annexation of Western Ukraine in 1939.

Military evacuation relocations in the early years of the Great Patriotic War should be considered as another «wave» of mass replacement of Ukrainians.

It should be noted that the recurring repression resettlement «wave» repeated at the end of the War and the first post-war years, when camps and special settlements of Karaganda, Dzhezkazgan and Akmola began filled up by former prisoners of war, those who had been in Nazi captivity as well as by imprisoners-Ukrainians who had been members of rebel units of Ukrainian Rebel Army, combating both with Nazi occupants and soviet Stalin’s regime. Thus, for example, in January 1953 there 7,9 thousand of Ukrainians were in special settlement in Karaganda region.

The new wave of Ukrainians’ resettlement in Kazakhstan was connected with the peace labour which is the development of virgin and fallow land (started in 1954). Thus, in the early years of virgin lands development more than 300 thousand people, mainly youth, arrived to Kazakhstan. By the way, they came almost from all regions of Ukraine and, as a rule, with Komsomol ticket or in accordance with organizational enrollment.

By the end of 1950-s Ukrainians established here 54 state farms, names of which were self-explanatory: «Kiev», «Kharkov», «Poltav», «Kherson» to name but a few.

It important to add that these resettlement «wave» continued till the end of 1960-s, later, according to the statistical data, in 70-80-s of XX century the period of stabilization in the replacement movement from Ukraine started and at the end of 80-90-s the number of Ukrainians living in Kazakhstan began to decrease.

Thus, the population of Ukrainians for 10 years, from the time of the previous population census of 1999, in general have declined by 39,1%.

The process of active quantitative decrease of Ukrainian ethnos representatives on the territory of Kazakhstan, obviously, should be connected, first of all, with two main factors including migration and assimilation processes.

At the same time, along with the decrease in population of living in Kazakhstan Ukrainians, after the USSR collapse and establishment of new independent states on its land, Ukrainian ethic and cultural associations are appearing in the Republic of Kazakhstan, members of which pay more attention to Ukrainian language, culture and traditions.

We also note that the active process of national and cultural revival of representatives of the Ukrainian ethnos takes place today on the basis of the provision of the Constitution of the Republic of Kazakhstan on the free development of the cultures of ethnic groups of the country. Currently already 26 officially registered by the state bodies of Kazakhstan Ukrainian ethno-cultural associations act in the Republic of Kazakhstan. The most active of them function in the capital of Kazakhstan, Astana city, in regional centers such as, Kostanay, Almaty, Karaganda, Ust -Kamenogorsk, Semipalatinsk, Aktobe, Aktau as well as in district centers of named regions.

Thus, descendants of resettled Ukrainians carefully keep the culture and traditions of their nation in the Kazakh steppes.