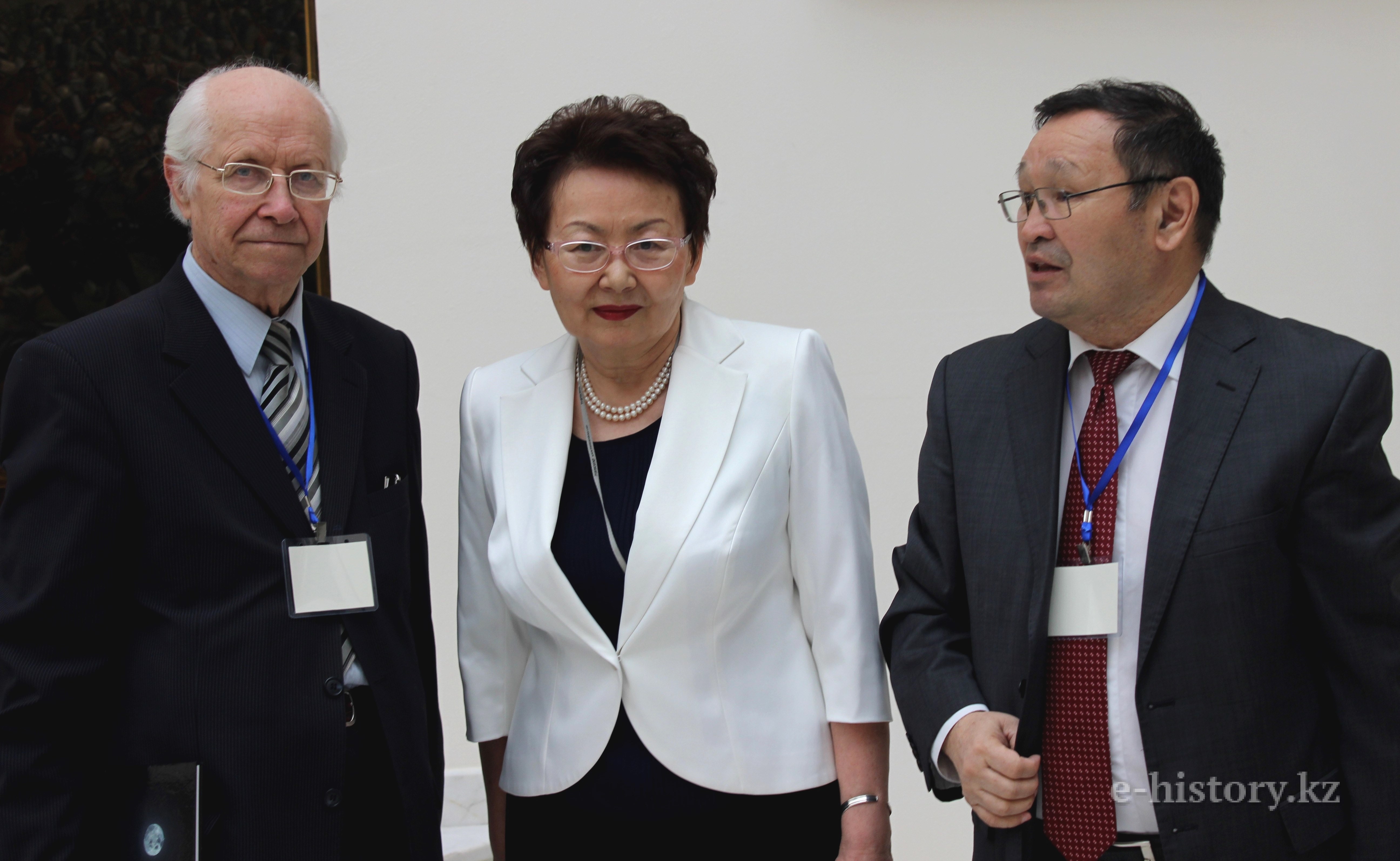 At the Eurasian National University named after L. Gumilyov started International Scientific Conference,dedicated to 90th anniversary of the of the famous archaeologist of Kazakhstan K. Akisheva.

Today in Astana at the Eurasian National University named after L. Gumilyov started International Scientific Conference, which lasts from 22nd to 24th April 2014, dedicated to 90th anniversary of the famous archaeologist of Kazakhstan K. Akisheva.
Kimal Akishev (1924-2003), was Doctor of Historical Sciences, Honored Scientist of the Kazakh SSR, Laureate of the State Prize of the Kazakh SSR, Laureate of Sh. Ualihanov’s Prize of Kazakh SSR, Corresponding Member of the German Archaeological Institute and Honorary Worker of Education of Kazakhstan.

He came from two well-known families. On the father’s side, he belonged to the famous Shormanov family of intellectuals. His mother was the elder sister of the outstanding Kazakh geologist Kanysh Satpayev.

His childhood and youth coincided with the tragic events of the 20th century – the Collectivization and Great Patriotic War. During the collectivization he lost his parents. K. Akishev’s uncle saved him from starvation and raised him in his family before graduation. Straight after graduation he went to the front.

Immediately after graduation he went to the front. He was wounded during the war, but passed it.

Anatoly Martynov, the Professor at Kemerovo University and Honored figure of Russia, said following about him: “I was personally acquainted with him, often met at conferences and was his friend. He was a man who passed through war, injured his right hand (approximately in four places) and thus became motionless for whole life. A person like Akishev in archaeology is just a few. For instance, people like Leonid Kyzlasov who was left without hands and several other people from Moscow and Kiev.  These were special people who dedicate their life to work and motherland”. 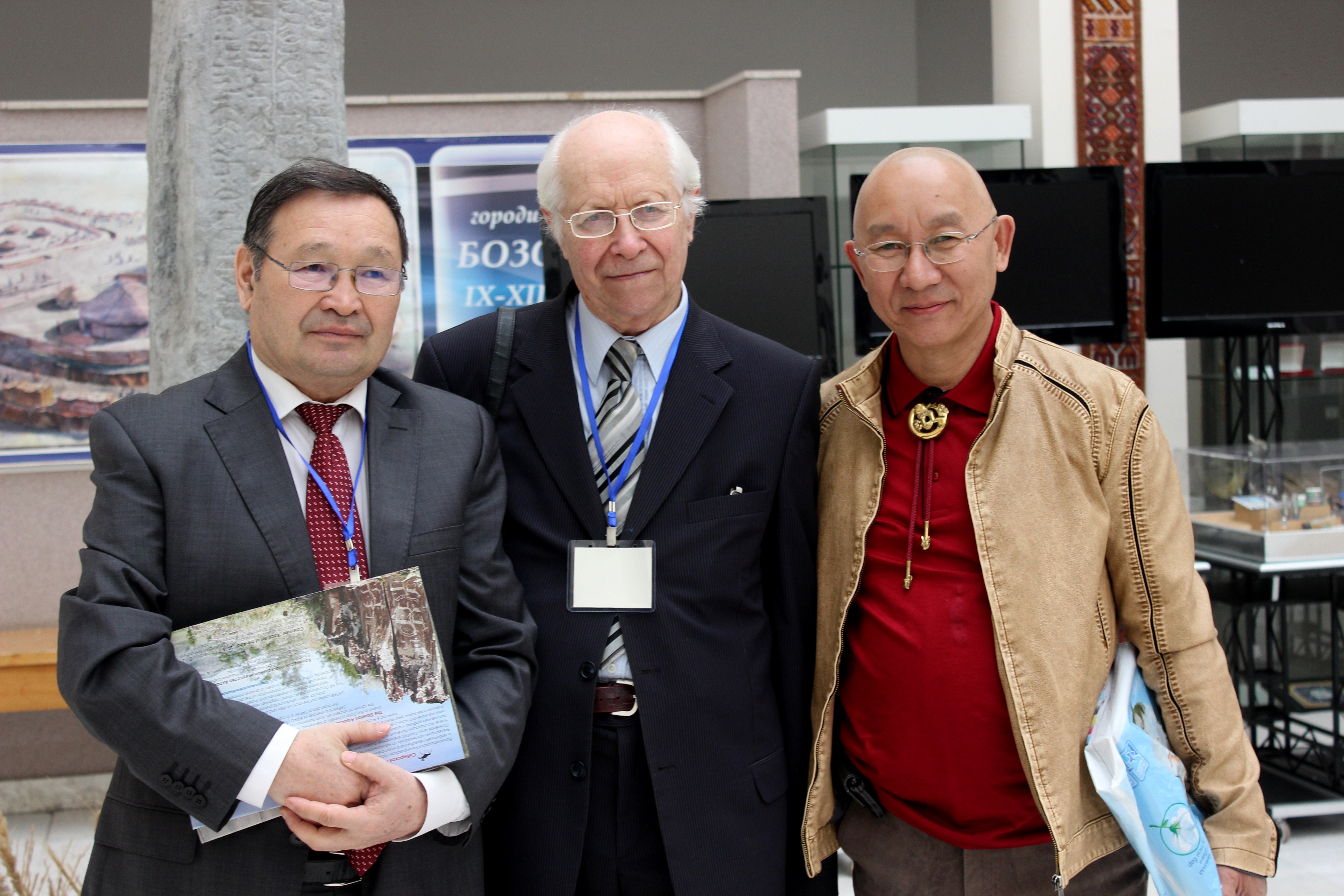 “Kimal was very versatile. In archaeology he was very persistent and lucky”- continued to talk about him A. Martynov. He led the excavation sites that glorified Kazakhstan to the world. They are Saks’ pyramids of necropolis Beshatyr, Issyk barrow, where was discovered “Golden Warrior”, legendary Otyrar city, medieval towns of the Silk Road, the ancient settlement Bozok on Ishim and many other monuments of ancient and medieval history of Kazakhstan

Zeynollah Samashev is pioneer of Berel mounds and K. Akishev’s successor believe that founding of Issyk warrior have global-historical meaning. “Only now, after 45 years, we start recognize the value of this monument for global science and culture. It is not only a huge contribution to Kazakhstani science, but also to All-Eurasian and global science. Issyk mound wasn’t plundered therefore this mound of Saks’ nobility gave an opportunity to create theory of origin of art, practically animal style art and learn ideology and philosophy of ancient nomadic tribes”. 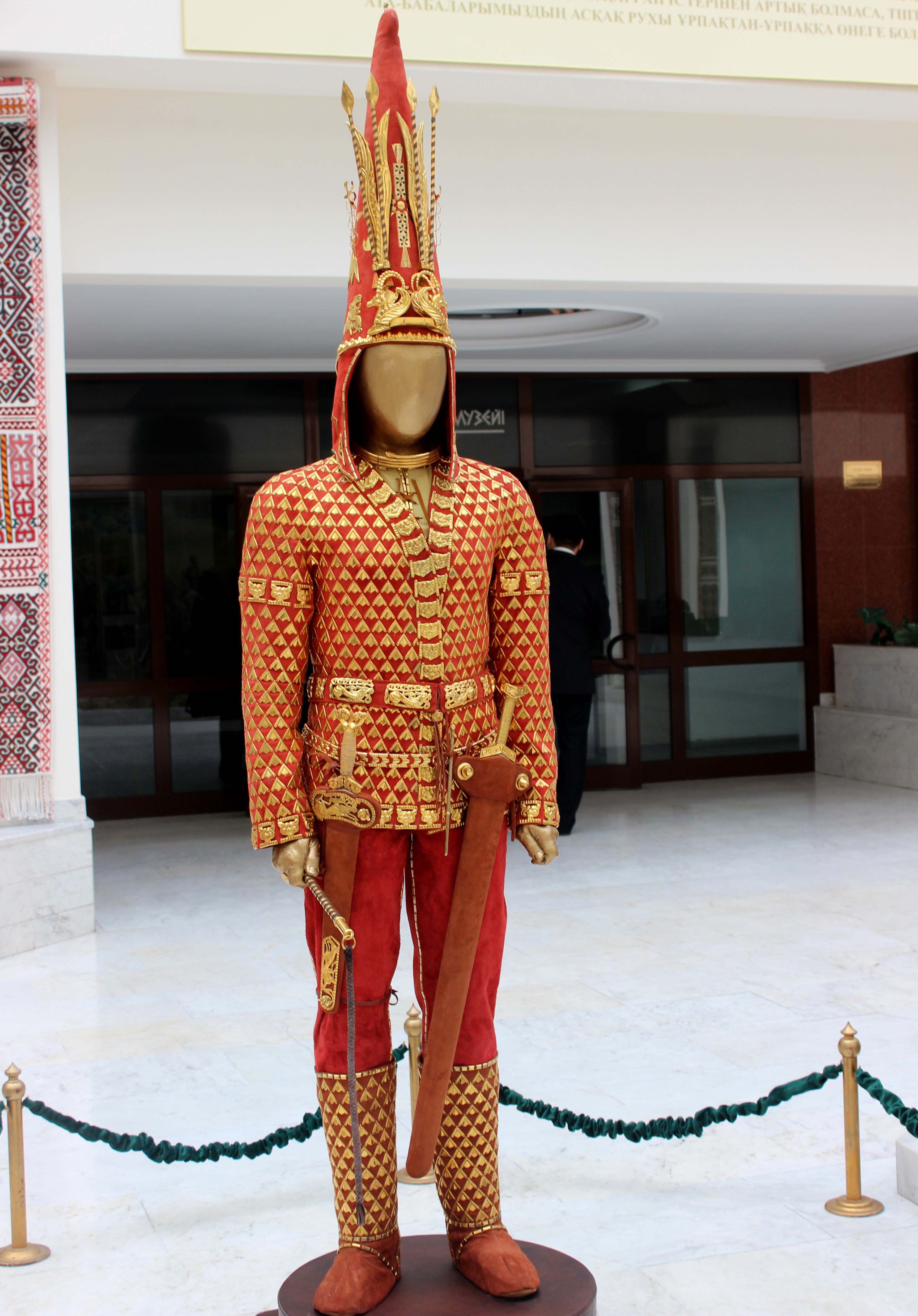 K. Akishev was a founder of school of archaeology in Kazakhstan. He dedicated his entire life to science and till his last days participated in archaeological excavations.

“He had two tasks. First one is to prepare National school of archaeologists, what he had been doing. As excavations at that time were led by archaeologists from Moscow, Saint Petersburg and was not quite visible in the national section of archaeology. His second task was to see and describe historical process through findings and monuments. He tried not just dig something or detect, but understand what value it has to history”, - says Professor A. Martynov.

May 23, 2014 K. Akishev would have turned 90. This archaeological conference opens up a number of activities that prepared to the anniversary. Over 60 scientists from Kazakhstan and other CIS countries attended it.

Use of materials for publication, commercial use, or distribution requires written or oral permission from the Board of Editors or the author. Hyperlink to Qazaqstan tarihy portal is necessary. All rights reserved by the Law RK “On author’s rights and related rights”. To request authorization email to mail@e-history.kz or call to 8 (7172) 57 60 13 (in - 1163)
Қазақша Русский English
MOST READ
Month Year
Kazakh historical drama Tomiris premiered in Istanbul
ALASH IDEA IS THE PROTECTION OF KAZAKH STATEHOOD
Stolypin about the worries and hopes of immigrants to the Kazakh steppes
A tireless explorer of the Kazakh land
SWITCHING TO THE LATIN ALPHABET – UNITE ALL KAZAKH PEOPLE
Kunaev Dinmukhamed Akhmedovich
People who eat horses will kill you
Kazakhstan's participation in the Winter Olympics has a long history
Rebooting a field of science and education
Recorded history of Kazakhstan. Part 1
Historical Dates on the Bosphorus
Recorded history of Kazakhstan. Part 2
Materials on theme
The "grandfather-historian" lives in the Zhambyl region.
Unified medal to 70th anniversary of the Victory
Who studied together with Bauyrzhan Momyshuly?
Batyrs (warriors) are pillar of state