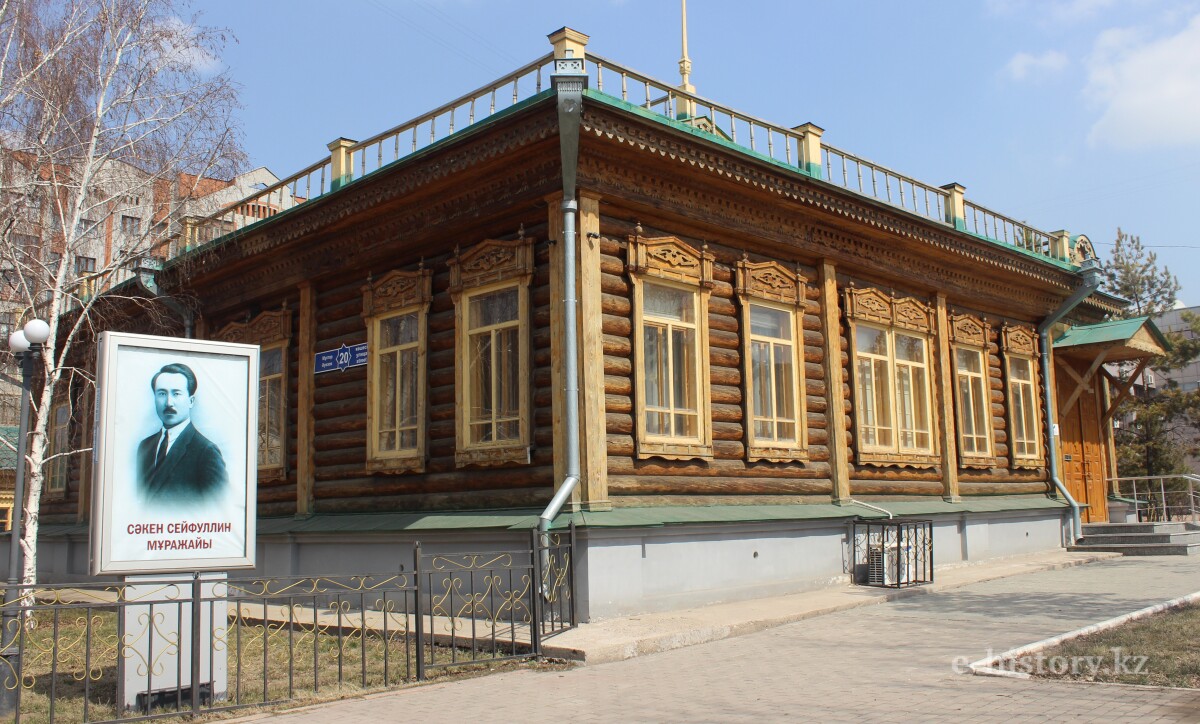 The largest museum in Kazakhstan dedicated to the activity of Saken Seyfullin locates in Astana and its location has the special purpose.

Driving through the M. Auezov St., it is impossible not to pay attention to the two standing log houses, which similar to each other as two drops of water. One of these semi-detached houses is the museum S. Seyfullin and another one is administration of the museum.

If you believed, same as me, that Saken Seyfullin lived in the house, which now is the museum, I want to convince you that it is not. The famous revolutionary and one of the founders of Kazakh literature only worked there. The building located on the busiest streets of Akmola during in 20-30s called October, today this street named after M. Auezov. 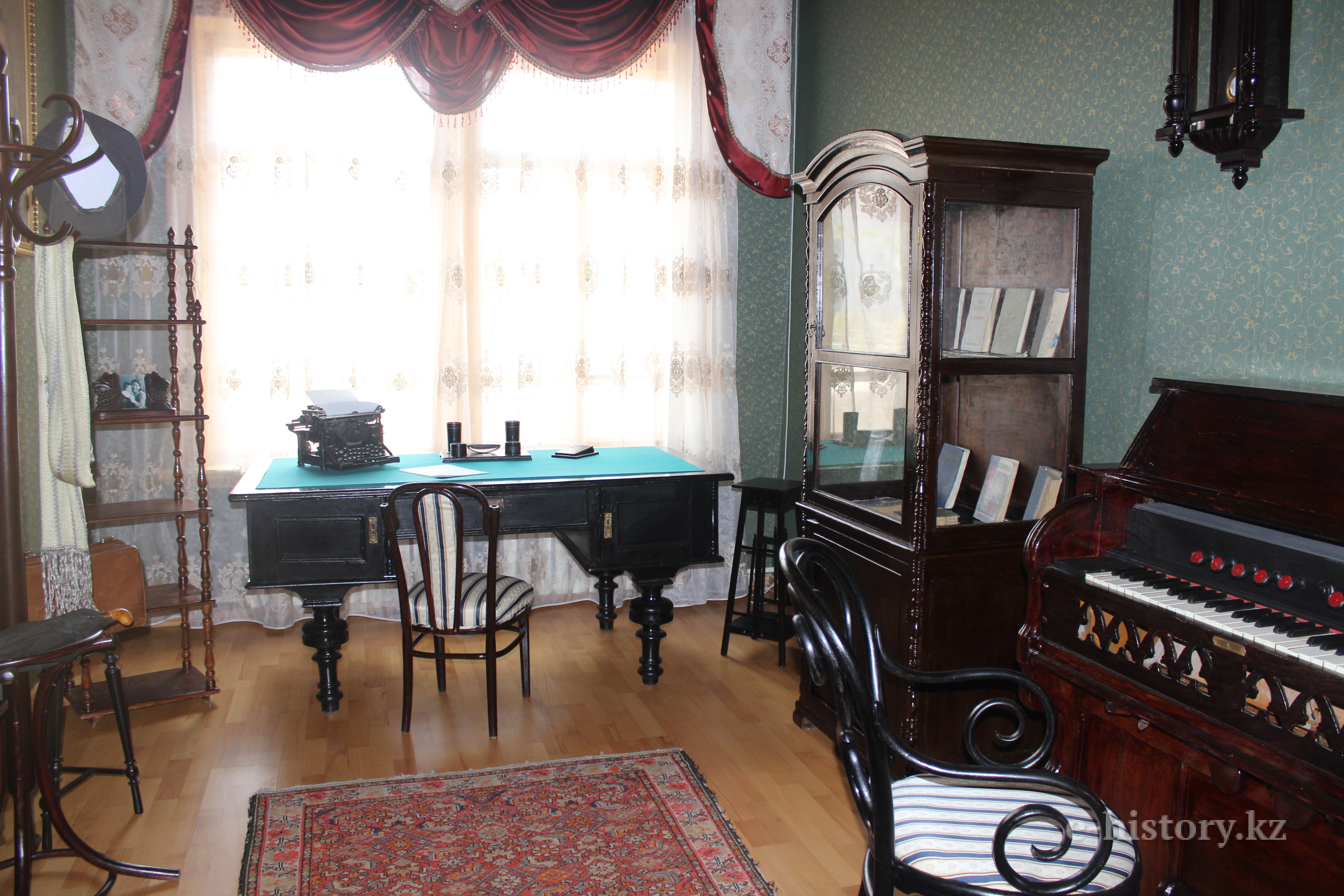 All personal belongings of the writer collected and transferred to the museum by his wife and family. 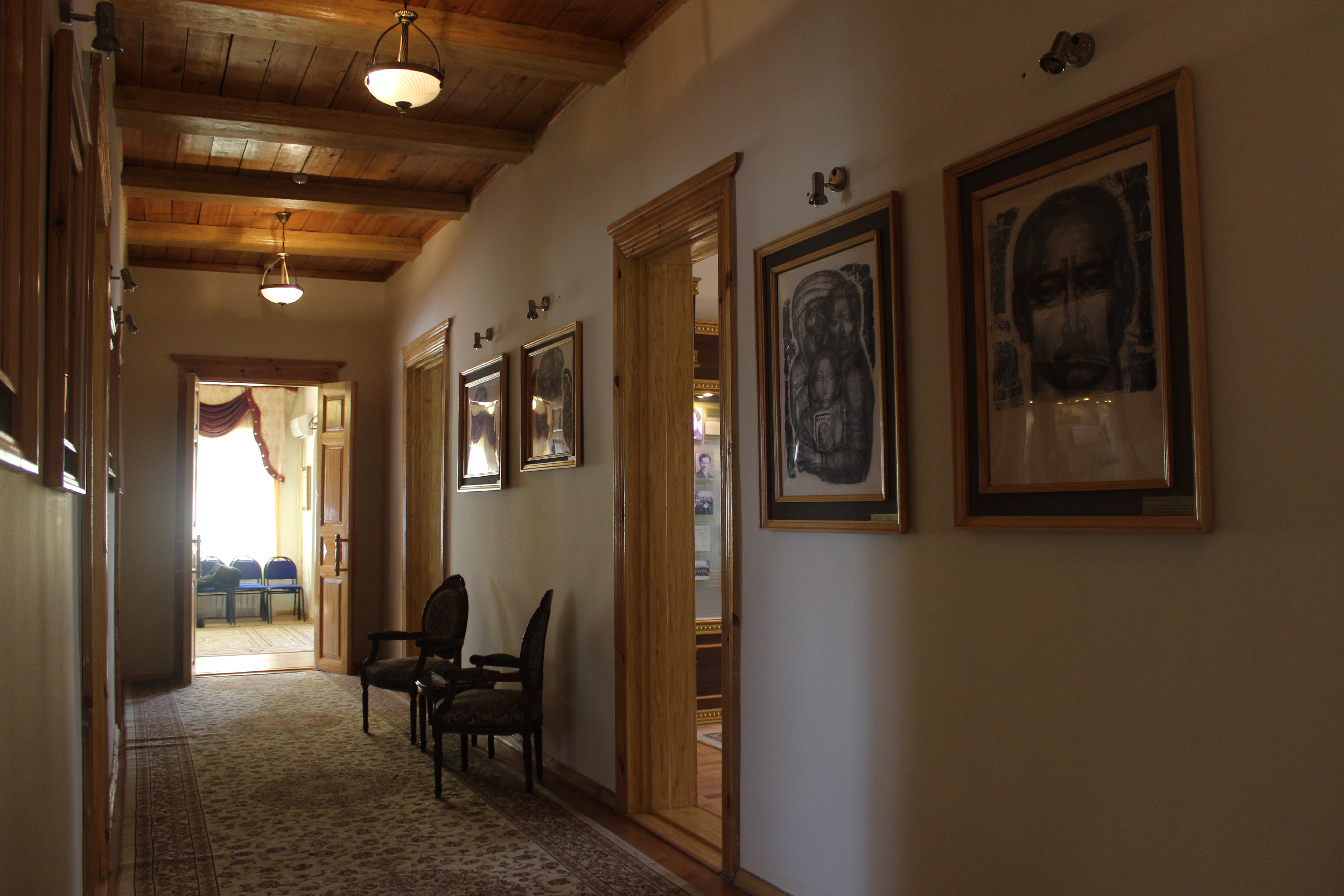 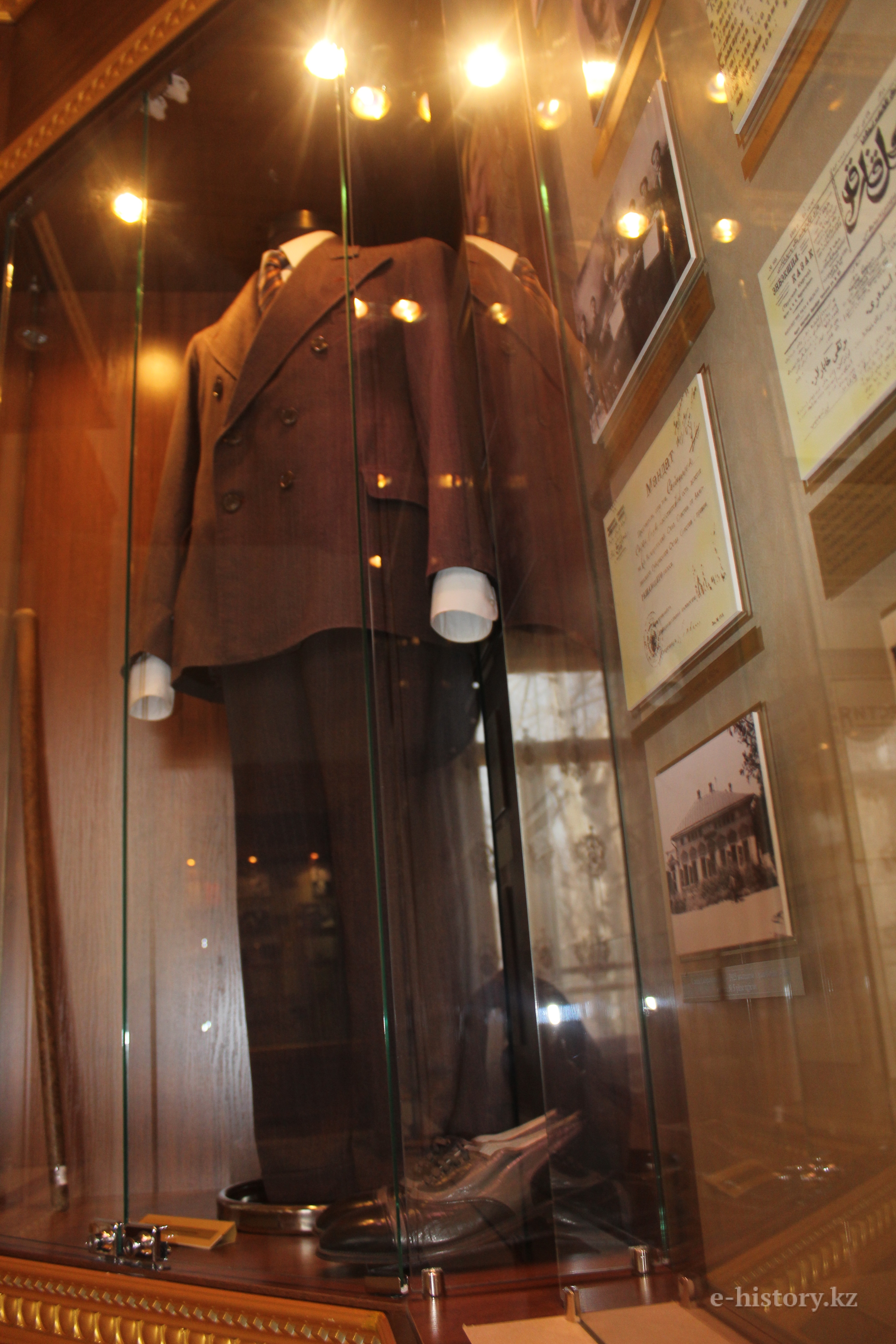 He lived on the street named after A. Imanov. Today, on that place located high-rise residential buildings and restaurant that used to be called “Golden Field” and was very popular among the residents of Tselinograd. 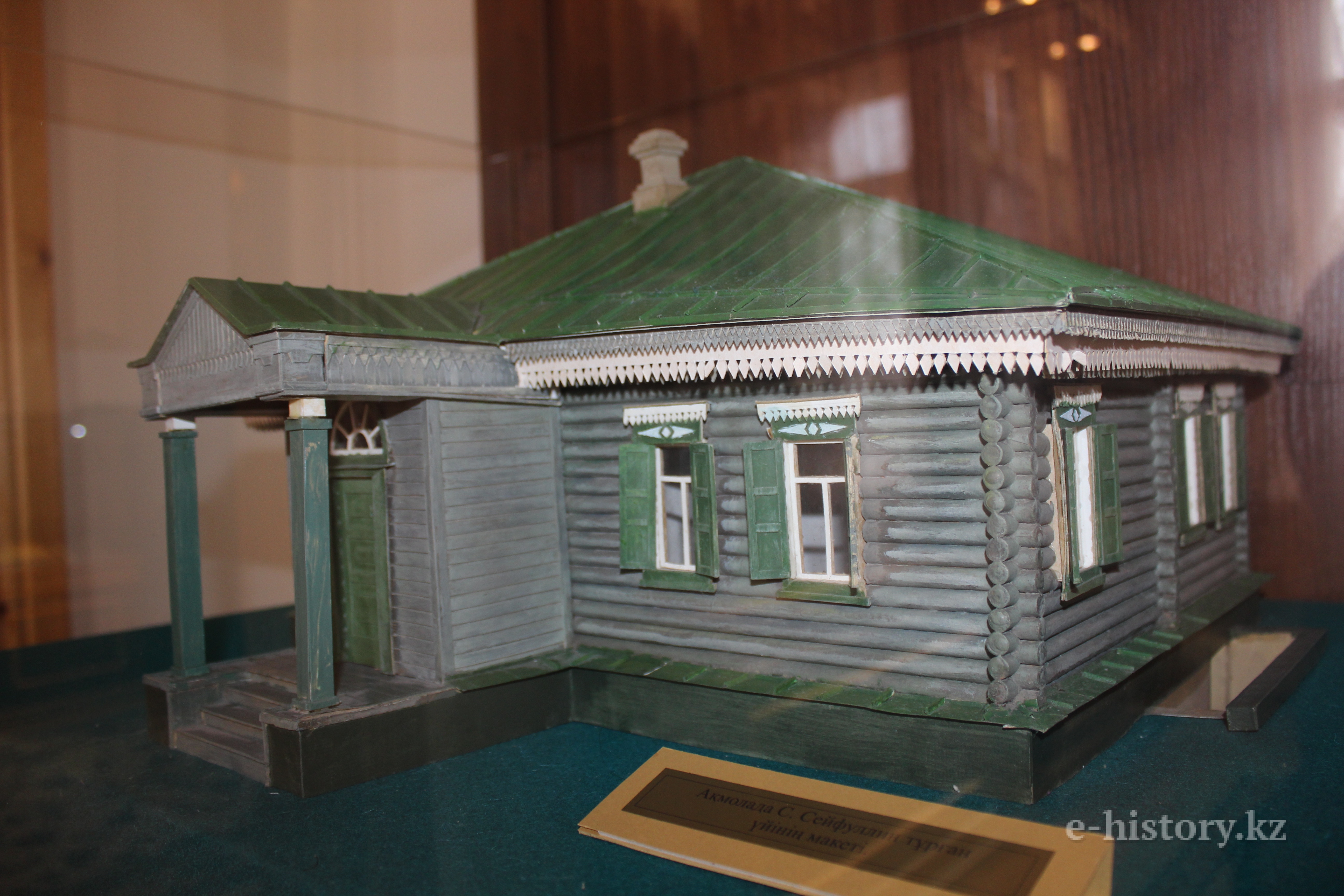 The model of the house, where lived S. Seyfullin. It was demolished in 70s of 20th century.

“After he became the chairman of the Council of People's Commissars of Kazakh Autonomous Socialist Soviet Republic and editor of the newspaper “Enbekshi Kazakh”, S. Seyfullin wrote an article: “Kazakh should be called Kazakh, let’s correct the errors” (“Қазақтықазақдейік, қатенітүзетейік”),- says Ainur Omarova, the Head of tourism department. By releasing this article the author tried to achieve the gradual fade of the name “Kyrgyz”. After this article population of Kazakhstan became known as “Kazakhs” in official documents and periodicals. 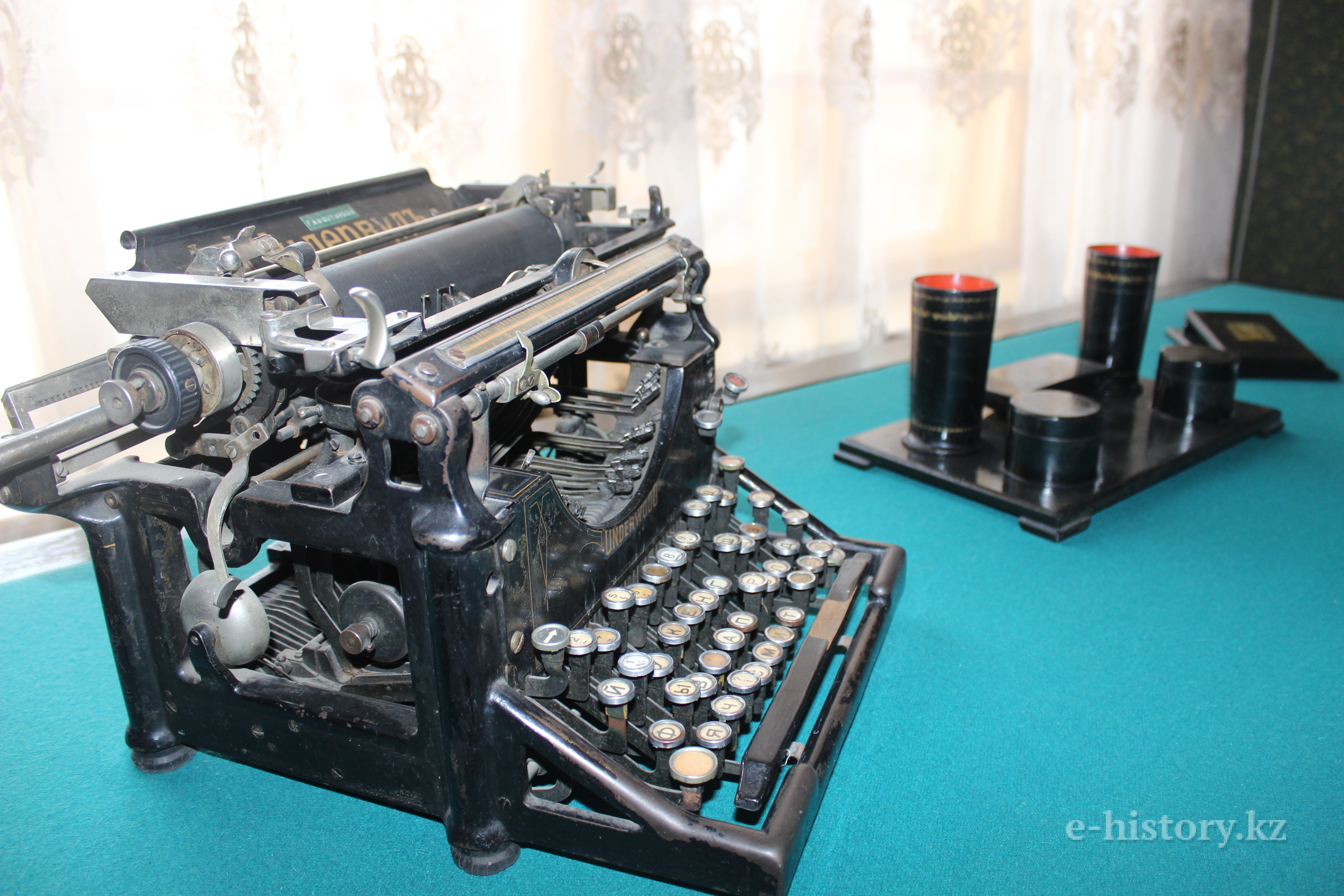 Typewriter of the author

In 1917, in Akmolinsk, S.Seyfullin opened the organization “Zhas Kazakh” to unite urban and rural youth.   In 1918, he became a member of the Council of Deputies. In the same year, together with other members he spent 6 months in Akmolinsk and Petropavlovsk prisons, 48 days in “death trains” of Annensky, where many of his friends died of starvation. In 1919 he   wassenttoOmskcamp. 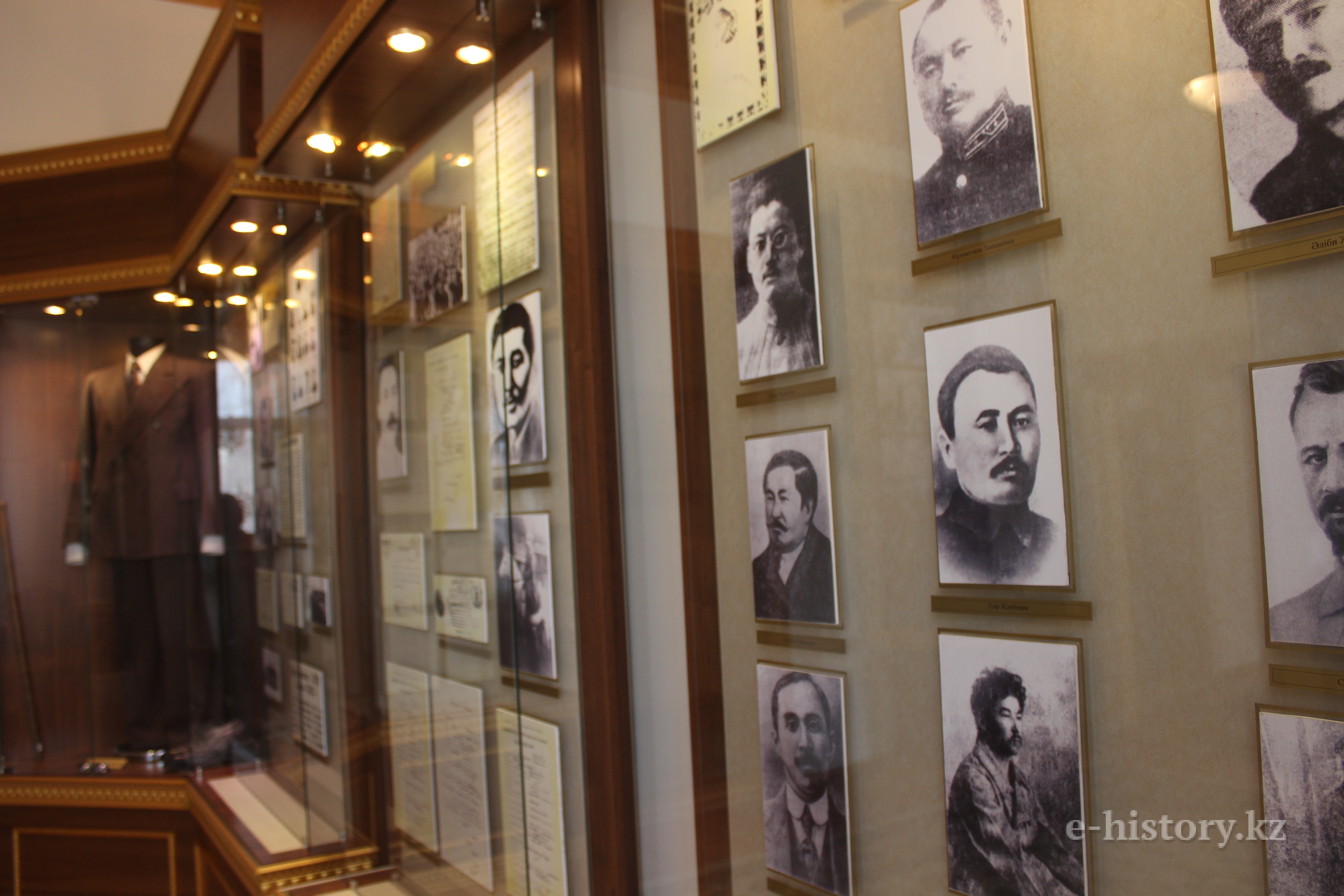 Members of the Council of Deputies, Akmolinsk.

The arrest and imprisonment S.Seifullin described in his book "The thorny path" («Тернистыйпуть»), the Original in Arabic script is stored in the museum.

Facts of the writer's life

Real name of Seyfullin is Sadvakas, Saken is the nickname

Most of his life he spent in Akmolinks

He was the first who edited and published works of Akan Seri, I. Altynsarin and Sh. Kudayberdyuly.

Few people know that S. Seifulin had two children, daughter Laura and son Ayan. Unfortunately, the famous poet, writer and fighter for the Soviets had no descendants. His daughter died of illness at age two. In 1937, in Almaty S. Seyfullin was arrested as an enemy of the people. A month after the arrest, his wife Gulbahram was forced to return to Akmola. Before she left, she came to visit her husband, as it turned out it was the last time she saw him, then she went way under guar. 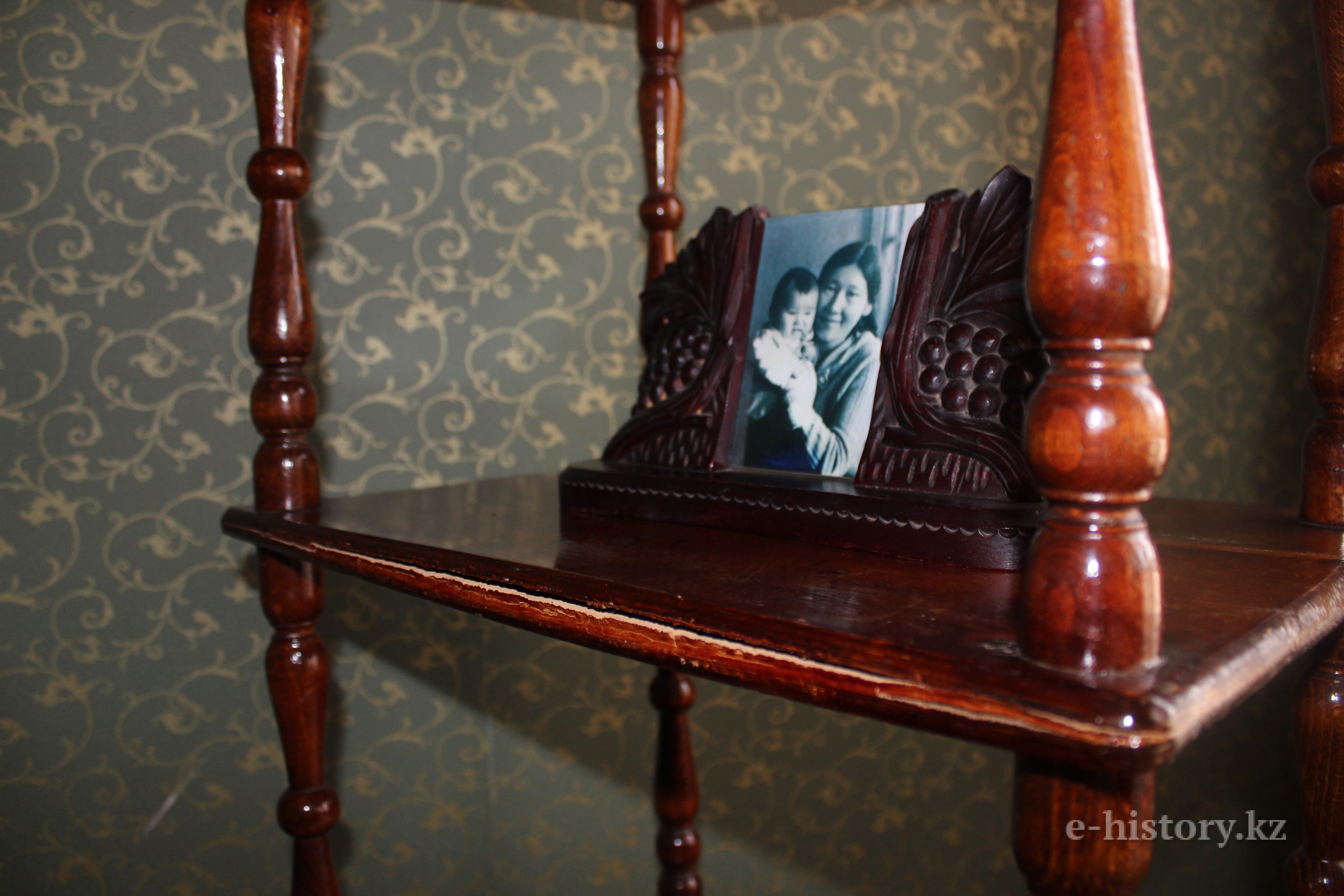 His wife Gulbahram with their son Ayan

The poet never knew that his son died on the way from Almaty to Akmola. S.Seyfullin’s son was buried in Kokshetau. Thepoet’sgraveisstillunknown.

S. Seyfullin’s father and brother, who also were accused as the enemy of the people, had same fate. In 1937, they were arrested and executed. His wife Gulbahram for 10 years was unaware about the death of husband and her relatives.

The tragedy and the paradox of that time fitted in a small museum exhibit – the gold watch. Not long ago before arrest S. Seyfullin, as a prominent public figure was invited to Moscow to celebrate the 100th anniversary of A. Pushkin. This precious thing engraved with the name as a sign of respect and merit was presented at that time. However, he was able to wear it for a long time. 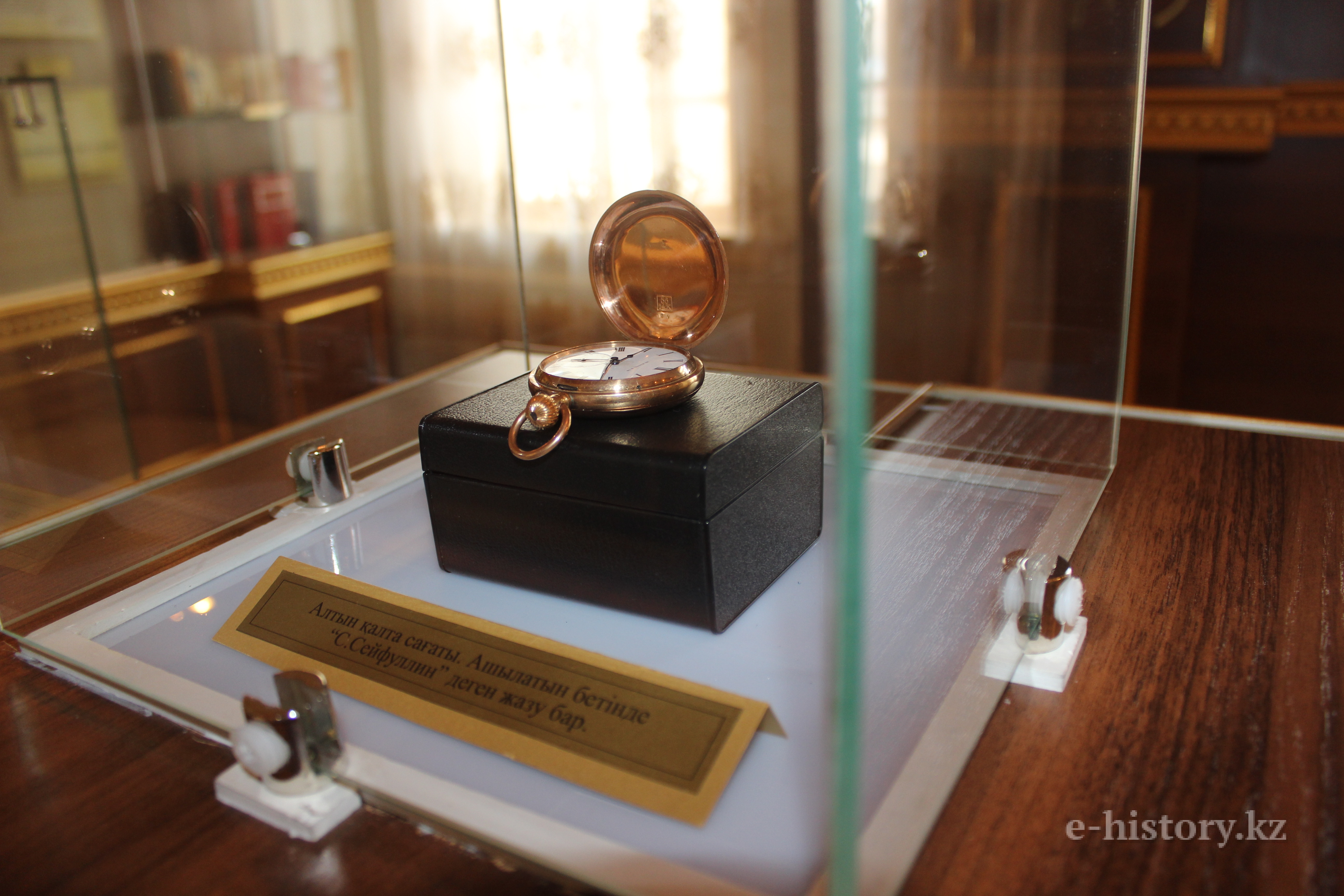 His personal things, photos and books exhibited in the museum, tell a lot about the writer and poet S. Seyfullin, also about busy life of Akmola in 20-30s. of last century. The photos of the poet’s muses Nina Mokina, the portrait of his mother to whom he was look alike, manuscripts and favorite books were also exhibited. Also at the museum you can be closer to the poet as the walls still remember him. 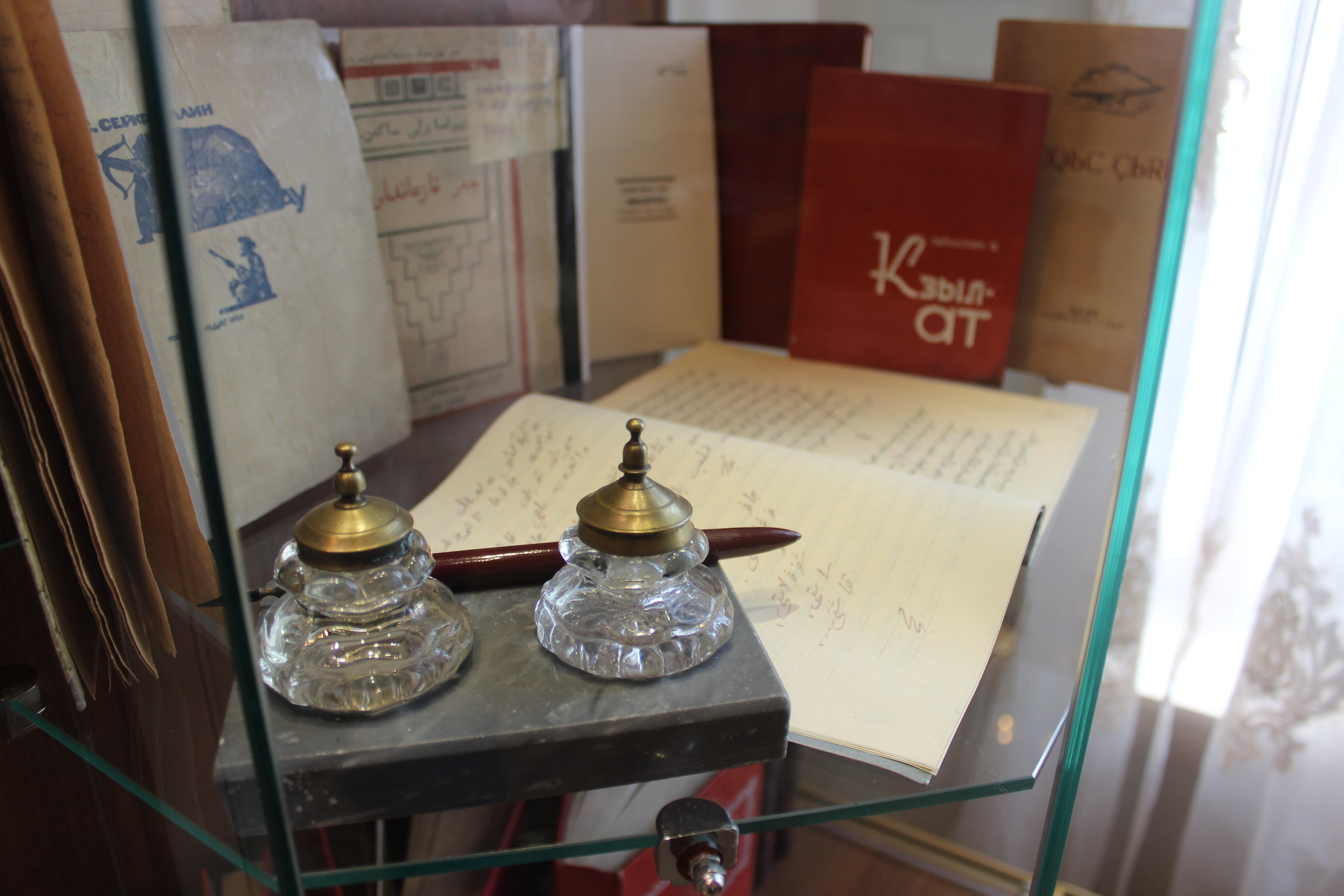 Private library, ink and manuscripts of the writer

How to get to the Museum S.Seifullin: