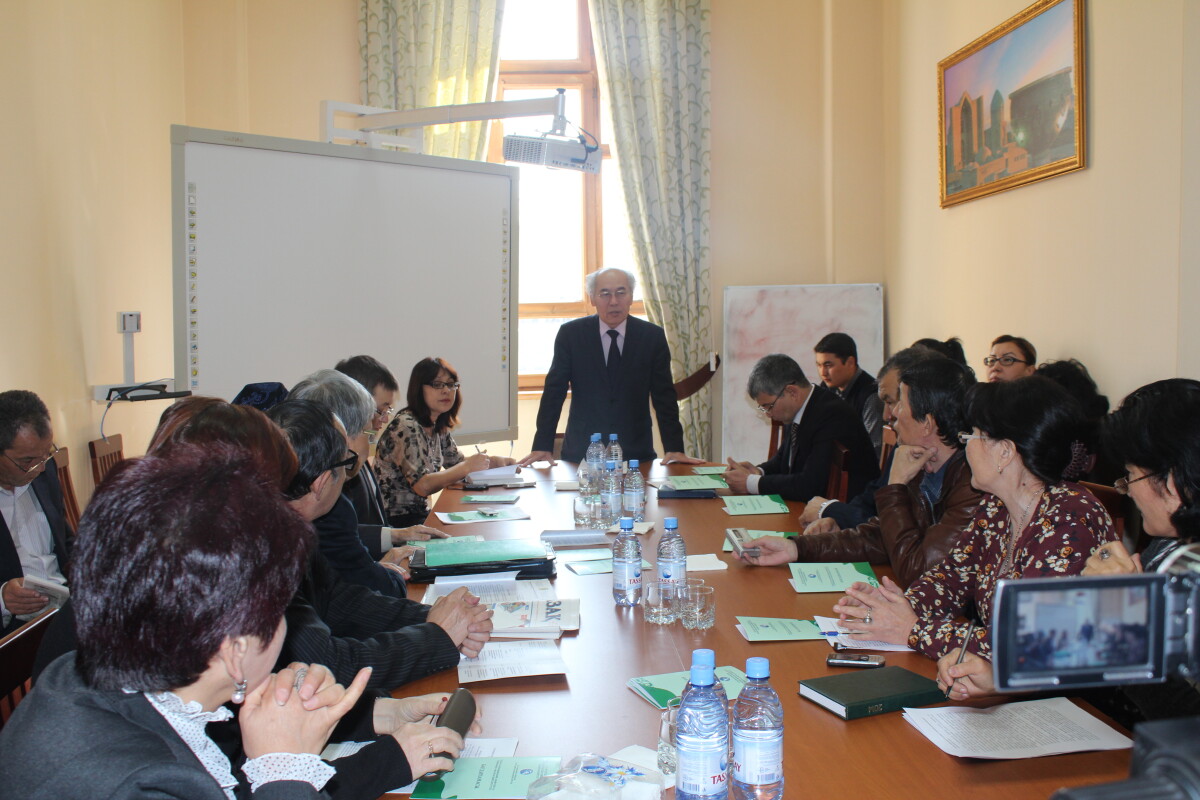 April 10, at the institute of History and Ethnology named after Sh. Valihanov was hosted roundtable on the theme "Kazakhstan science and "Mangilik El (Eternal Nation)", dedicated to the Day of Science

H. Abzhanov spoke with introductory speech. He pointed out the role of the founders of Kazakhstan science, moreover, paid attention to the history of development of world science. Today, due to globalization and innovative changes in science we need tocorrespond to the conditions of global competition. The definition of "Scientific knowledge" and analysis of the development of intellectual knowledge of humanity. Science is an impetus to the knowledge, society and individual. He also touched the features and benefits of science, its role, place, value and functions in society. Future of Kazakhstan is in science.

The main speaker, the head of Department of External Relations, Information and Research cluster, Ph.D. Z. Nogayeva in her speech introduced the audience with development of the world education system and current condition of Kazakhstan science. In the report were mentioned the factors that influence on education and science such as social (global and transnational), the benefits of integration for all mankind. The reporter also raised the question about "globalization of education", the development of domestic pedagogical science. 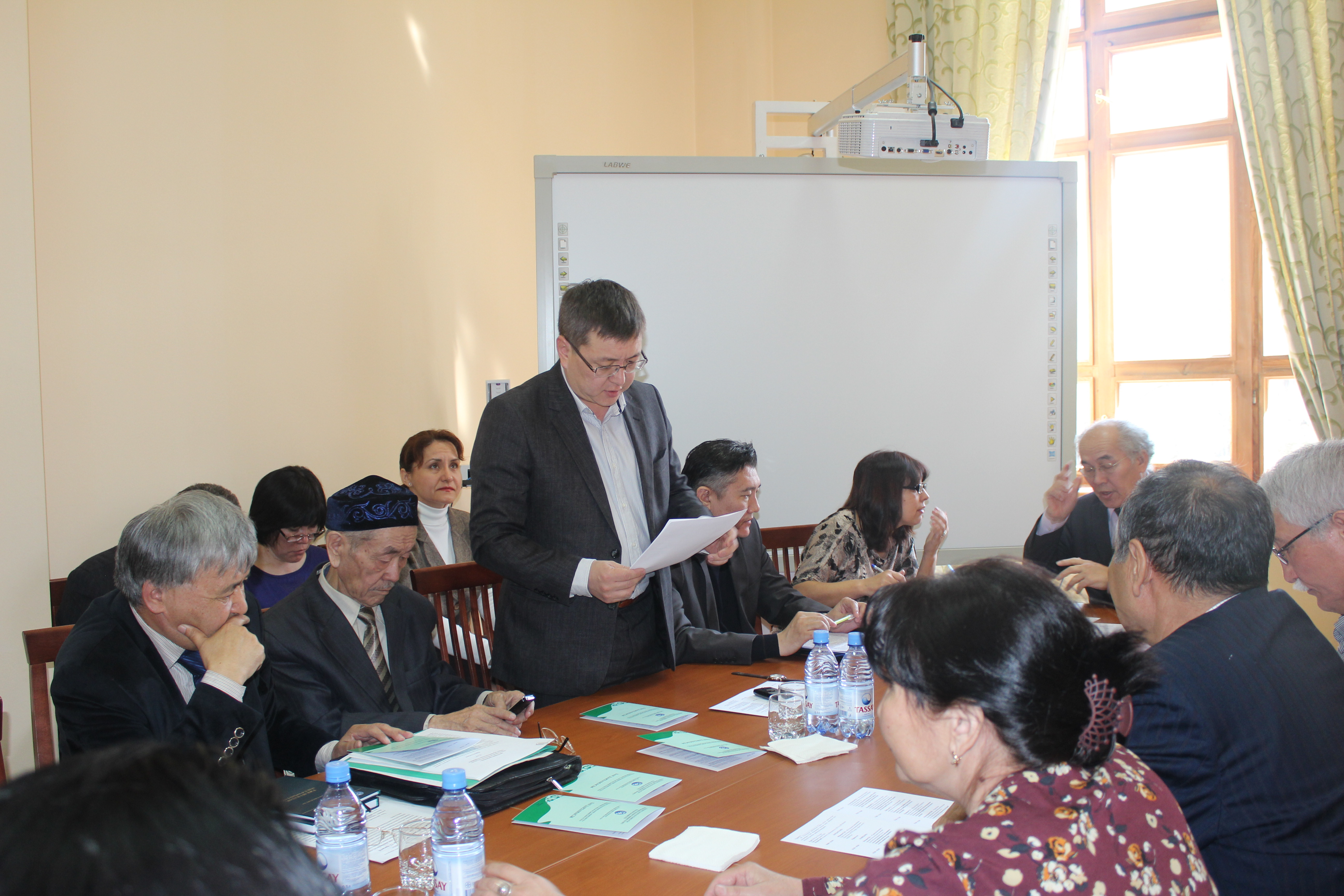 The head ofthe department of population and historical   personalistic, Ph.D Kudaibergenova devoted her report to formation and development of historical demography as a science, as well as introduced to the audience with the history of the department, researchers and theirs scientific work.

The member of the editorial board of "Akikat" O. Kaugabay in his report examined the life, activities, philosophical ideas and personality of eastern philosopher   al-Farabi and the statesmanD. Kunaev, noticing the similarities in humanistic views.

The chief scientist of the Soviet period, K. Aldazhumanov in his report analyzed the similarities and features of the starvations from 1931 to 1932 and from1921 to 1922 periods, also focused on the help of the international organizations during the starvation of 20s.

The head of the ancient and medieval history of Kazakhstan and neighboring countries K. Uskenbay in his scientific report noted the role of problem with the Horde study (Jochi study) in global integration,       Kazakh-Tatar cooperation in the research of the history of Golden Horde, chronological and historiographical scientific works on this topic. According to the speaker, in order to achieve the results it necessary the interstate cooperation. 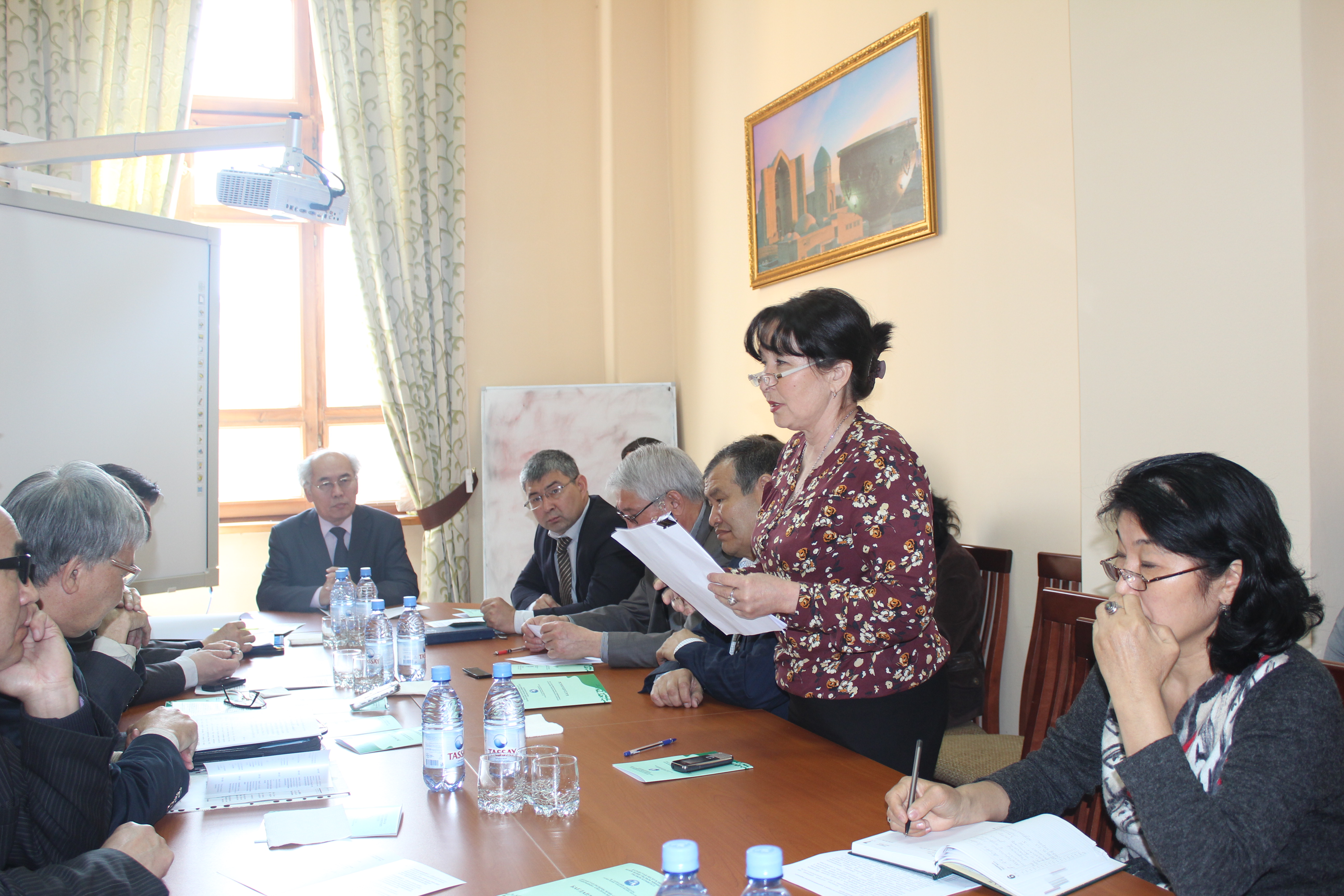 Professor S. Azhigali introduced to the participants of the roundtable a report about some important issues of national ethnology. According to the speaker, ethnology takes a special place in the perspective program of strategic development of historical science of Kazakhstan as independent social and humanitarian discipline.

K. Alimgazinov, Ph.D., the head of  Department of Historiography, chronology and modern methodology in his speech mentioned one of the most discussed topics in the scientific community which is the cost of the scientific research  in a market economy.