Home News Other Personal exhibition of the first national artist 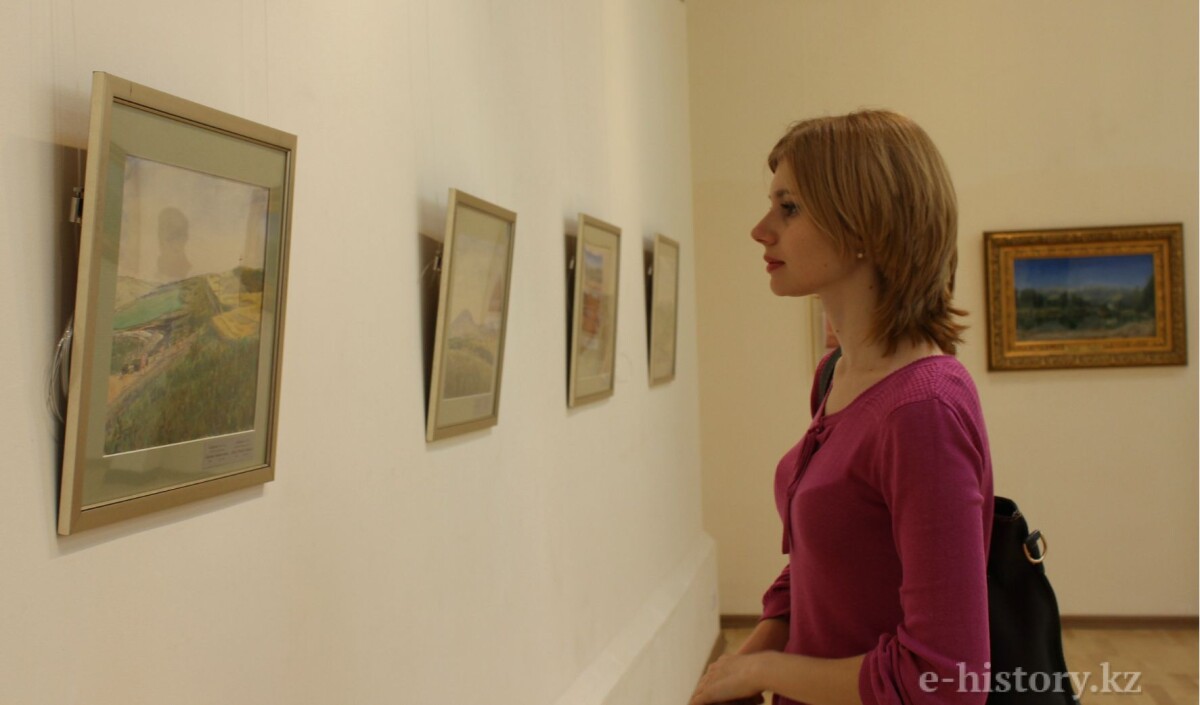 Personal exhibition dedicated the 110th anniversary of birth of one of the founders of Kazakhstan fine arts, the first national artist, famous painter and aquarellist Abylkhan Kasteev (1904–1973).

The desire to see the beauty was found in Abylkhan from the childhood; being a boy he loved admiring the amenities of Kazakhstan’s expanse. He carried this love to the national landscape his whole life and embodied it in his creative work. He was born in Chizhin aul near the Jarkent city of the present Almaty region in the family of poor nomad. When he was 25 years old Abylkhan entered the art studio of Khkudov N.G., arrived to Kazakhstan, Alma-Ata, from Russia as a member of ethnographical expedition. In 1935 Abylkhan moved to Moscow, where he studied the course of art under the House of Folk Arts named after N. K. Krupskaya. Right there Kasteev gained the first experience of work with oil colours.

The Museum have exhibited two works dated 1937 which were created by the artist after his life in Moscow. These paintings represent the landscape of Almaty foothills, the view of Trans-Ili Alatau. There were his first steps in oil painting. As the pictures were kept at the museum for a long period of time and was painted on the paper of low quality (pasteboard) they required capital restoration.

«Recently these works have being returned after the restoration — tells the Curator of the Museum of contemporary arts Tatyana Shalunbayeva. — These are the most expensive exhibits of our Museum. And we are happy that the pictures have got the second birth. Close to the paintings we have placed their photos before the restoration with the special aim to let our audience evaluate labour and skills of Almaty specialists». 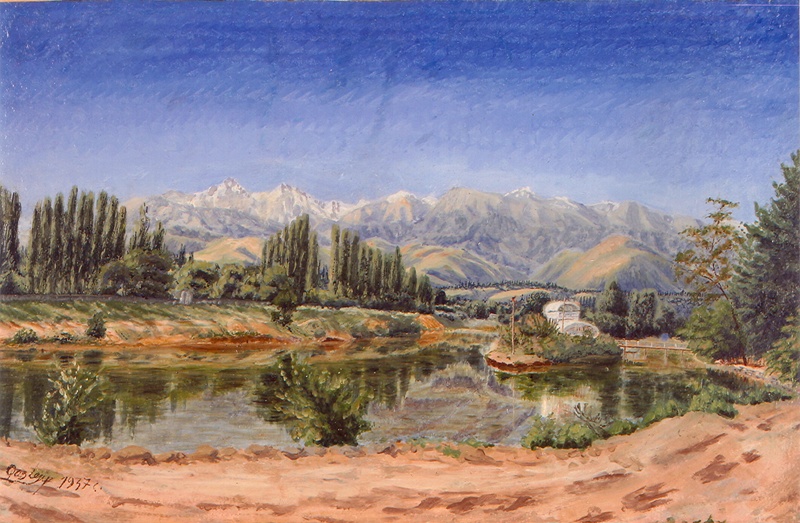 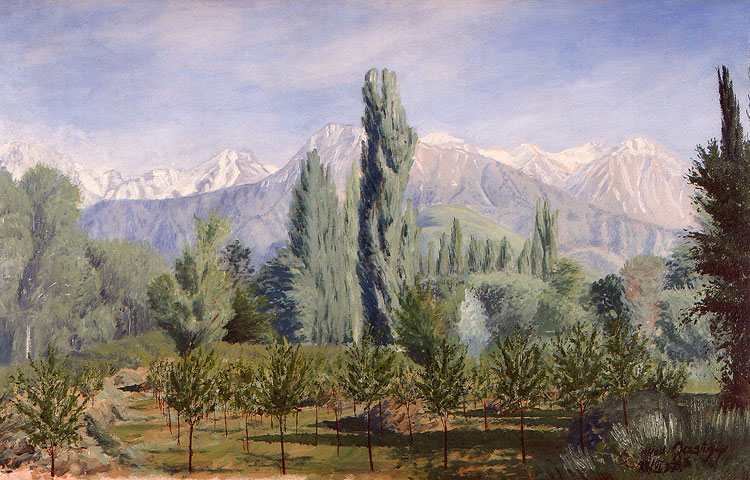 The view of mountains from the park, 1937

Another 12 water-colour works of the artist dated 40-50-s are kept in the Museum as well, «Jaylyau», «Kolkhoz field», «Summer pasture Chalkudy», «The road Chimkent-Tashkent», «Karatau. Extraction of ore», «Talas River» and others are among them. 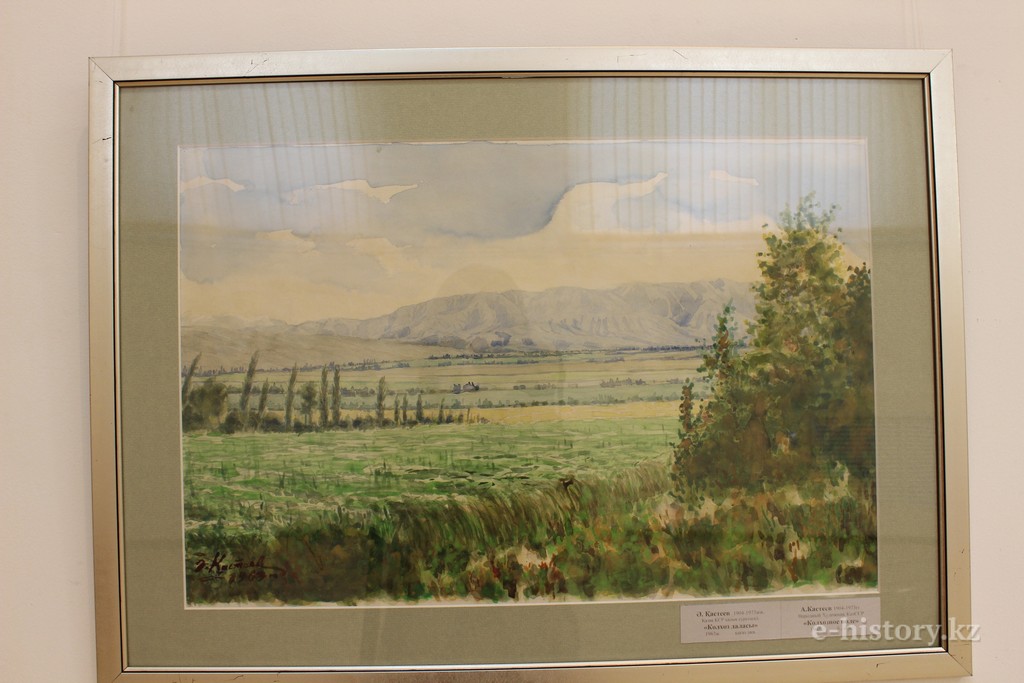 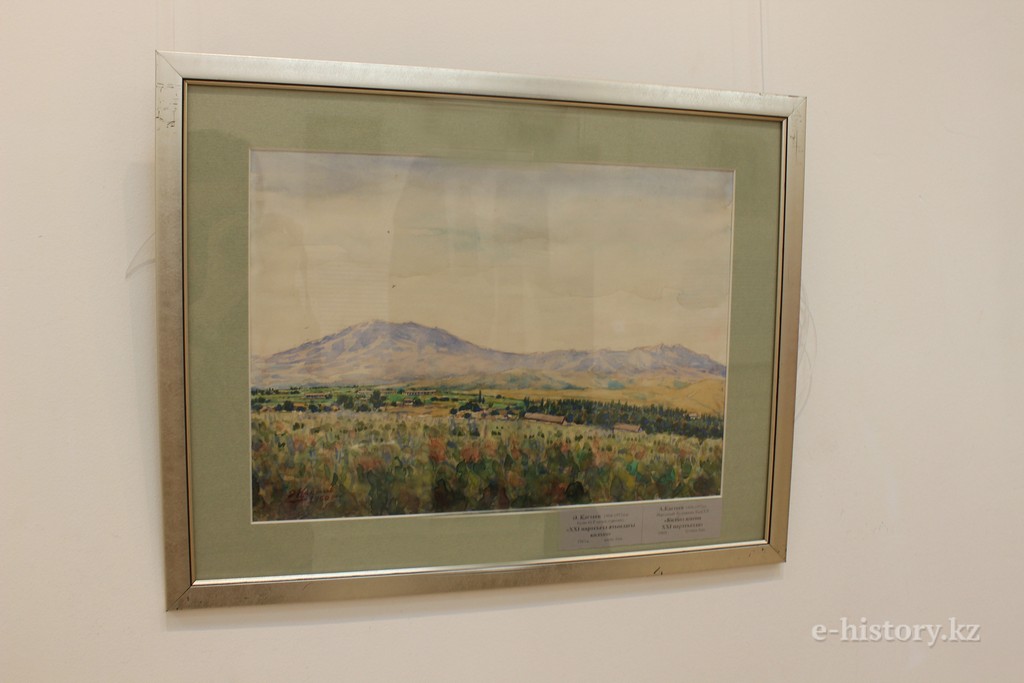 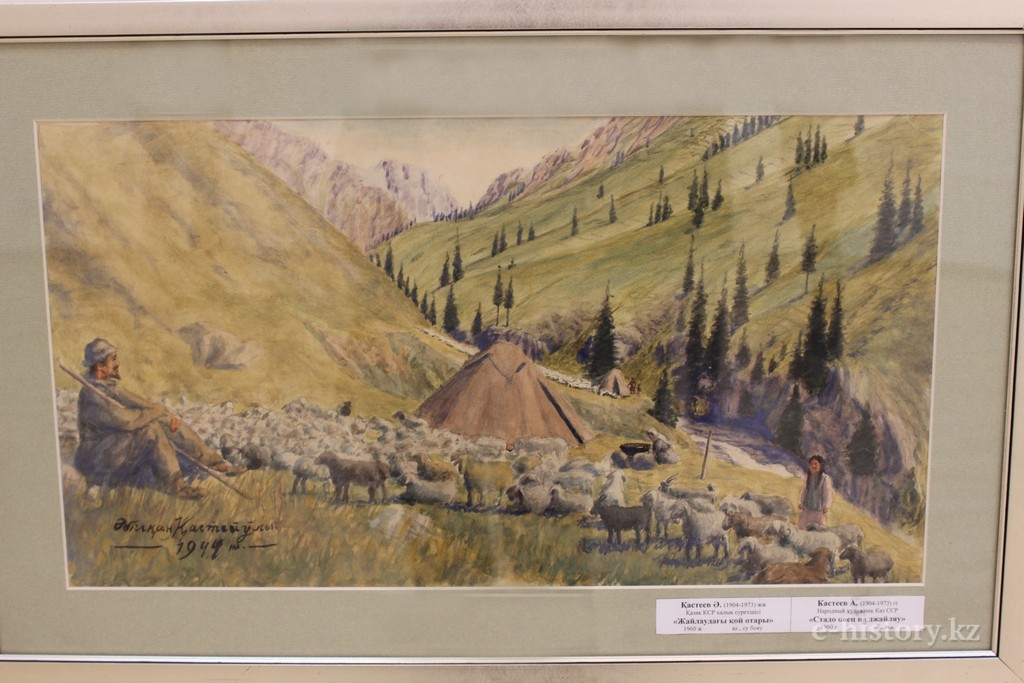 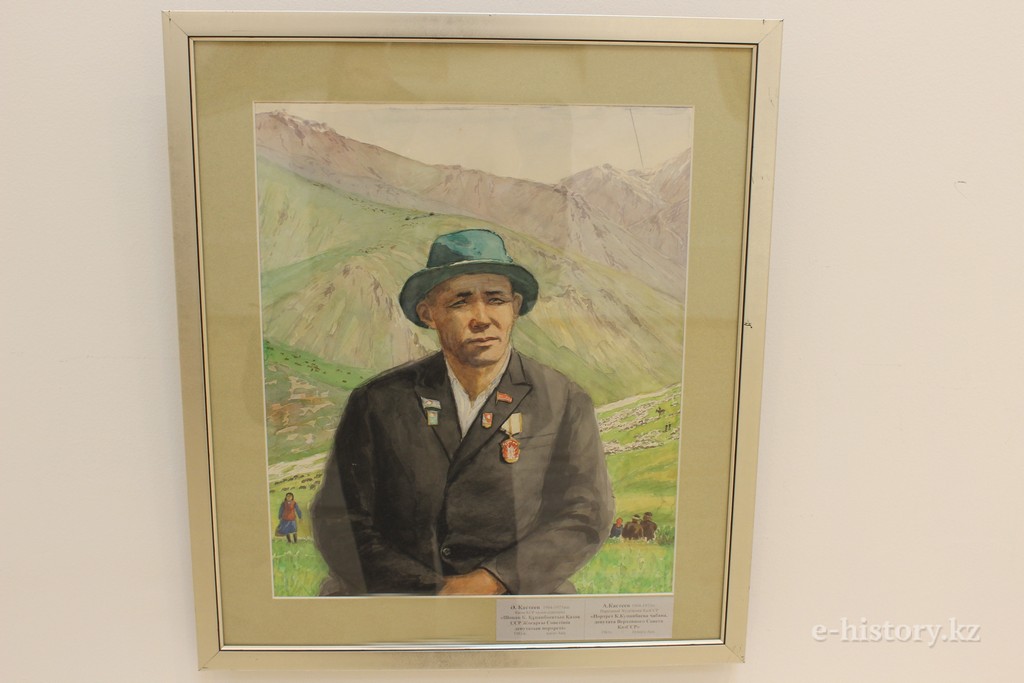 Portrait of K. Kunanbayev, shepherd, Deputy of the Supreme Soviet of Kaz SSR, 1961

Admiring the pictures of Abylkhan Kasteev, you can realize that they are full of philosophical depth, steppe melodiousness which characterized a song of aykyn. Ya. P. Zatenacky wrote: «Abylkhan Kasteev with absolute freedom can be called one of the founders of Kazakh Soviet fine arts and, unquestionably, outstanding master of Kazakh national landscape».

June 9, 2014
Use of materials for publication, commercial use, or distribution requires written or oral permission from the Board of Editors or the author. Hyperlink to Qazaqstan tarihy portal is necessary. All rights reserved by the Law RK “On author’s rights and related rights”. To request authorization email to or call to 8 (7172) 57 14 08 (in - 1164)
Қазақша Русский English
THE MOST WIDELY READ
Year
Philosophy of the Emblem President of Kazakhstan took part in the opening ceremony of celebrations dedicated to the 175th anniversary of Abai Kunanbayuly Abdurakhman Aitiyev and his struggle Nurmukhan Zhanturin. Actor who played himself Ydyrys Mustambayev. Defender of Abai and Magzhan Online documentaries Kassym-Jomart Tokayev sent a telegram to UN Secretary General António Guterres History of pandemic in Central Asia THE GREAT SON OF THE GREAT STEPPE What was the composition of the country’s Supreme Soviet of the XII Congress Armenians and their kinship with the Kazakh people Nurtas Ondasynov. Kunayev’s Chief
Polls
Materials on the topic
Labels of the Golden Horde khans and Russian clergy
From the story of a blood feud
A role of Buddhism in formation of Central Asian mythologies
The referendum on the Constitution is a significant stage of democratization