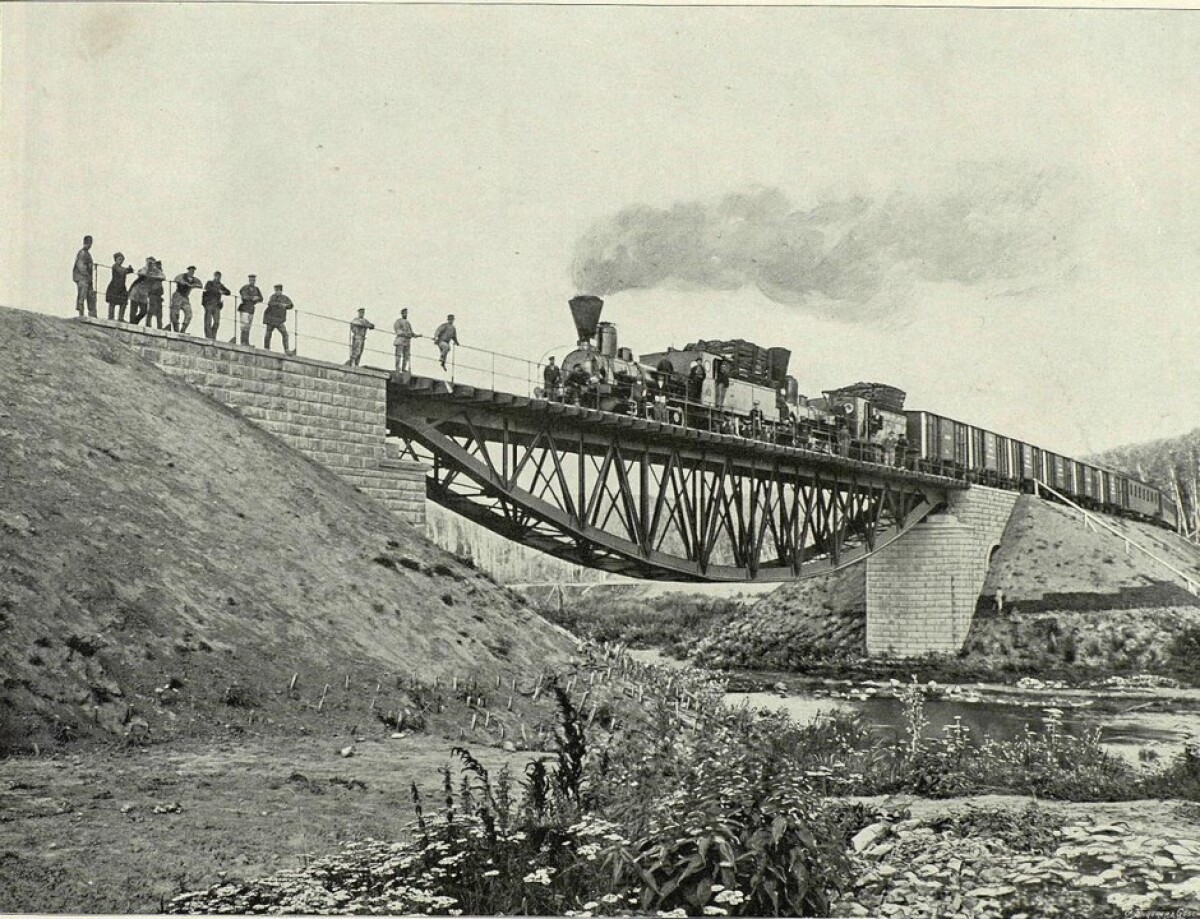 Today we suggest you Zach Bosham’s article “Trans-Siberian Railway that changed world history”. The author considers the importance of the Trans-Siberian railway with the new methodological positions

Today we suggest you Zach Bosham’s article “Trans-Siberian Railway that changed world history”. The author considers the importance of the Trans-Siberian railway with the new methodological positions. But the author did not mention about Kazakhstan’s cinematography masterpiece “Trans-Siberian express”.

Trans-Siberian railway is one of the most impressive technic achievement in modern history. Started in 1891 and finished 100 years ago this construction is the longest railway in the world. Road’s length is 5772 miles (9288 km) which joints Moscow with the Pacific port of Vladivostok. This project has led to the Russian-Japanese war of 1904, which turned into the most humiliating Russia’s defeat. This war for the first time in the modern age marked the defeat of the western state of non-Western power and led to the US-Japanese rivalry, which ended with the attack on Pearl Harbor. This little-known war, with such far-reaching consequences, started from the Trans-Siberian Railway. "This military conflict was the first major event in Russian-Japanese competition, which began during the construction of the Trans-Siberian railway," - wrote in her scientific work Eva-Maria Stolberg, associate professor of Russian history at the University of Duisburg-Essen. 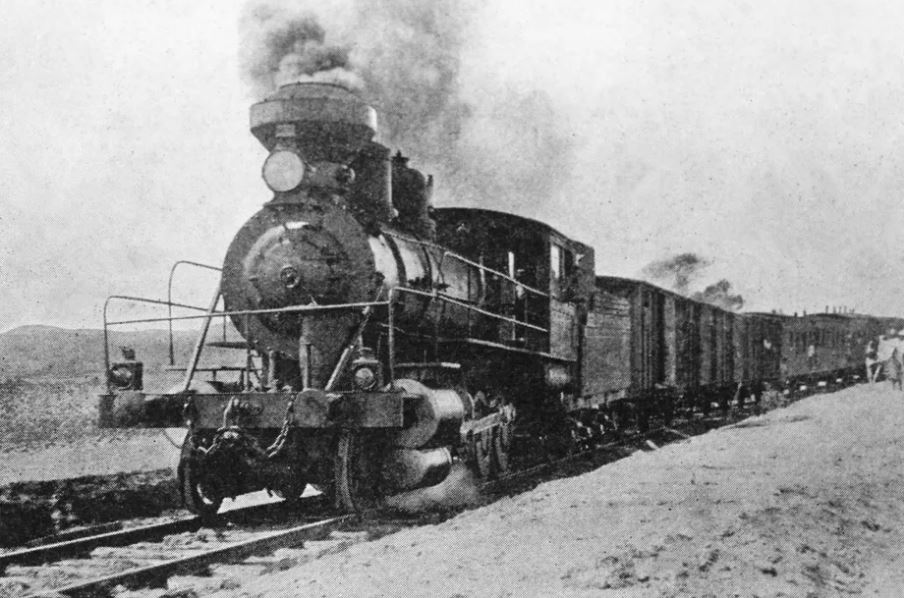 The Trans-Siberian Railway was the main project of S. Witte, an influential minister of the Russian government. Witte believed that political power comes from the economic power and saw the underused potential of the Siberian region of the Russian Empire. The railway, in his opinion, would enable Russia to solve natural resource problems, and expand trade with East Asia. Witte's ideas combined with the views

of Alexander III, who has seen the growth of the Russian population in Siberia, as a way to secure the eastern border of the country. Thus, in 1891 Russia began construction of the railway, which was to connect one part of their vast empire to the other. But from the Japanese point of view

, it was very disturbing.

Before the Trans-Siberian Railway construction Russia was focused on European affairs. The more the Russian Empire turns its gaze to the East, the more Japanese politicians began to worry about Russian intentions. "As long as the Russian policy gravity center remained on the western and European part of its territory, it poses no threat to the territorial claims of Japan", - wrote the scientists Felix Patrickeyev and Harry Shukman. "But when Russia started the Trans-Siberian Railway engineering ... Japan disturbed". 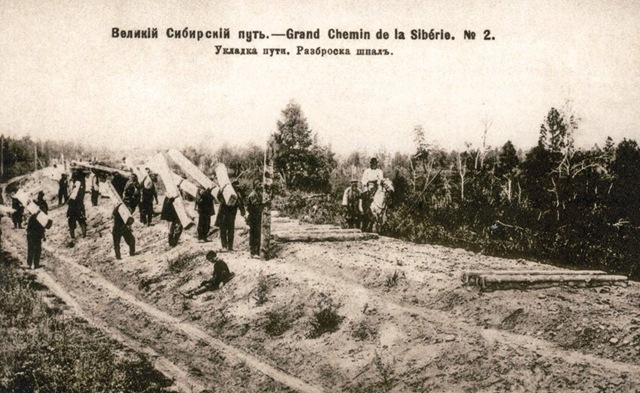 Witte made worse when a deal with China in 1896, in order to expand the railway in northern Manchuria. Proposed development known as the Chinese Eastern Railway (CER) will reduce the length of the Trans-Siberian Railway for 800 miles. For Russia, it would be an additional branch for trade in Manchuria. Japan pretended to this territory and the Russian actions was regarded as a rivalry. This suspicion has turned into a full confidence when in 1900, Russia sent the 170 000 army in Manchuria and occupied the entire province. This step would not have been possible without the Trans-Siberian Railway.

Before the Trans-Siberian Railway construction Siberian infrastructure for military and economic expansion to the Pacific Ocean shores was limited. Especially in Eastern Siberia, the roads were impassable, and therefore could not be used to move troops, "- writes Stolberg. Only with the Trans-Siberian railway construction implementing of Russia's geopolitical plans in the Northeast Asia was possible.

This, ultimately, accelerated the outbreak of the Russian-Japanese war. The Japanese were concerned that Russia would continue to expand influence throughout East Asia, even in Korea. Russia refused to get off the ground and saw its presence in Manchuria as the most important bulwark against the Japanese attack on Siberia. This has created a slow-down crisis, in which both sides have come to believe that it will end the war. "In the face of strong Russian demand in Manchuria, 1901-1903 years were filled on both sides of a growing sense of impending doom" - writes the Copeland Dale, a politician at the University of Virginia. "It’s becoming apparent that it will be difficult to find any agreed solution in this dead-locked situation". 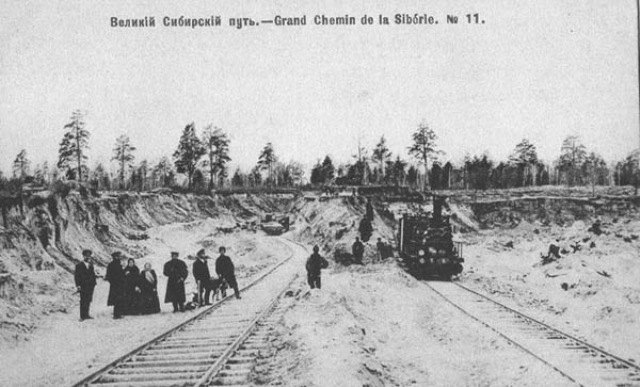 In 1904, the war finally broke out: Japan attacked Russian ships located in Port Arthur in Manchuria. As a result the conflict turned into a crushing defeat for the Russian - in part due to insufficient technical state of the Trans-Siberian Railway. The poor condition of the railway made it difficult for Russia to move troops and military equipment from the West to the East, thereby allowing Japan to crush the Russians. "After the disastrous defeat of Russia, War Minister of Russia Alexei Kuropatkin recognized that the technological state of the Trans-Siberian Railway contributed a weak Russia defense in North-East Asia", - explains Stolberg.

The war killed 130 000-170 000 soldiers and the geopolitical situation in East Asia is significantly transformed. Russia made large territorial concessions to Japan, and the Pacific Fleet was finally lost. This led to the emergence of Japan as the dominant military power in East Asia, which allowed it to capture large areas in East Asia and to expand its imperial ambitions. The growth of the Japanese Empire, of course, has created enormous tensions with the United States, which saw threat in Japanese imperialism to its own ambitions. So, the Trans-Siberian Railway project, which Witte seen as a way to a new age of Russia’s majesty, has led to the emergence of an entirely different empire.

Use of materials for publication, commercial use, or distributionrequires written or oral permission from the Board of Editors or the author. Hyperlink to National Digital History portal is necessary. All rights reserved by the Law RK “On author’s rights and related rights”. To request authorization email to kaz.ehistory@gmail.com or call to (7172) 79 82 06 (111)