The mystery of Altay princess death is revealed 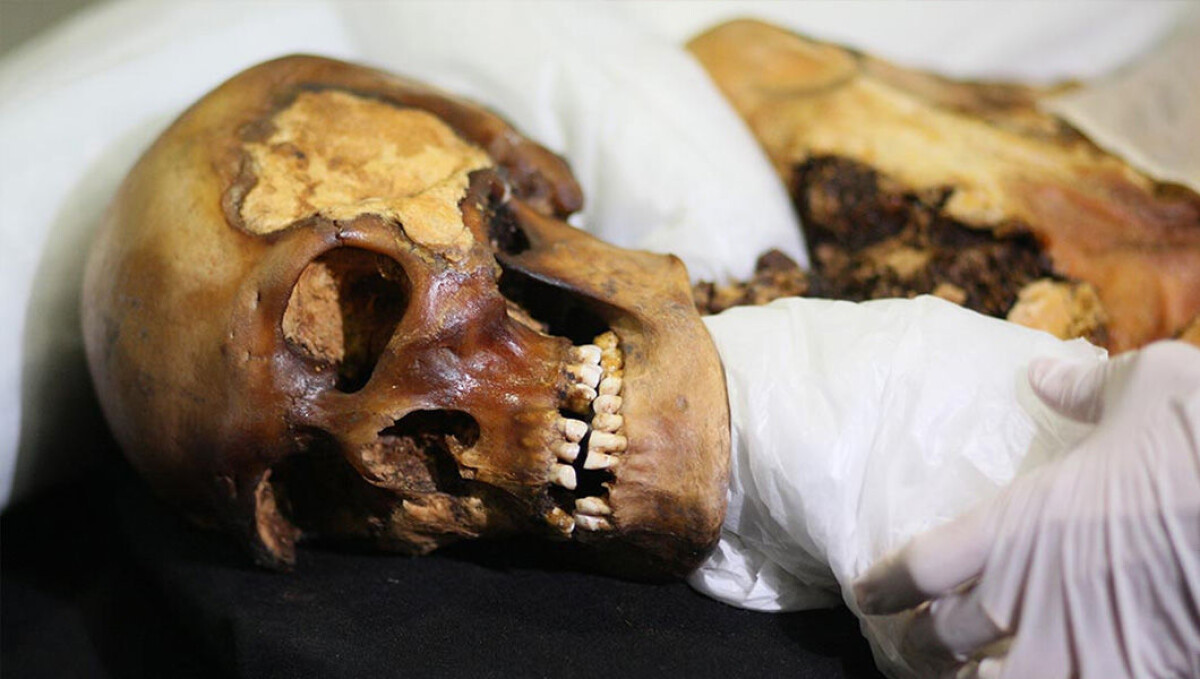 She died 2500 years ago – a mysterious 25-year-old young woman with a tattoo of the deer on the left shoulder. In the whole world she is known as the legendary Altay princess. In XXI century the scien
The mystery of life and death of Altay princess still trills the scientists’ minds. Why is Altay princess buried far from the family burial mounds? Who could the princess of Ukok really be? And the most important thing — what became the cause of her death?

The Republic of Altay 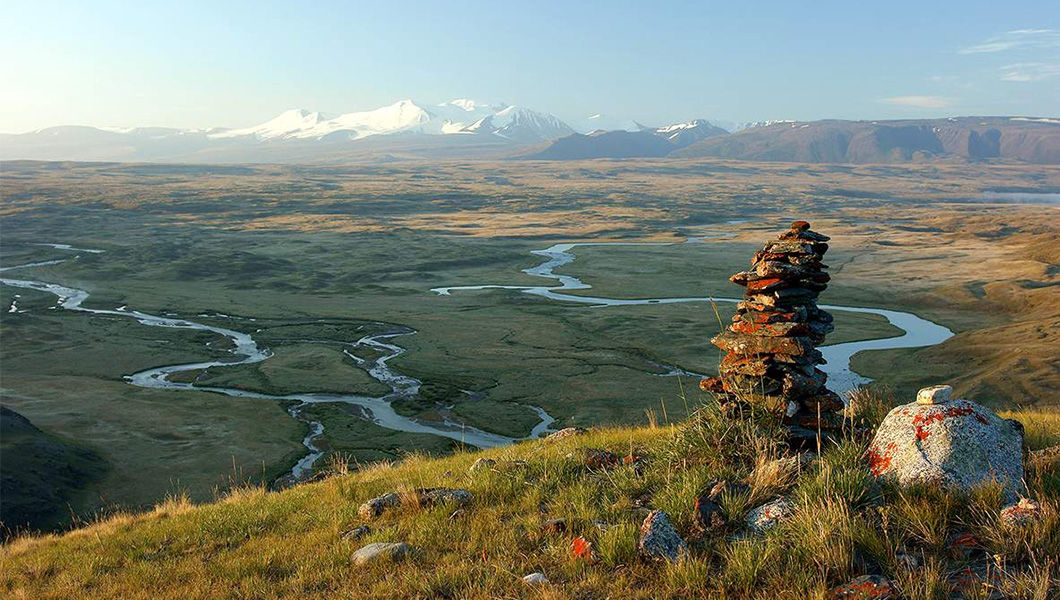 To reveal this mystery is possible after 2500 years thanks to the achievements of chemistry, physics and genetics which today wipe white spots of history.

Not big highland situated at the junction of four states: Russia, Kazakhstan, Mongolia and China. In the Iron Age here warlike nomads-Pazyryks grazed cattle. Here, under the bulk stone mounds they buried their close people. In 1993 the diggings of a single mound at Ukok led to the sensational discovery.

The burial mound was already looted and is probably prospectless. However, the group of scientists under the supervision of the archeologist from Novosibirsk Natalya Polosymak chose exactly him. Fate? Under the being looted grave the scientists discovered one more untouched burial. The covering of 11 logs concealed the wooden sarcophagus, household appliance and remnants of six horses buried together with the master. As many nations, Pazyryks believed: death is not the end.

And in the new, otherworldly existence for the man a lot was necessary from the mortal life. 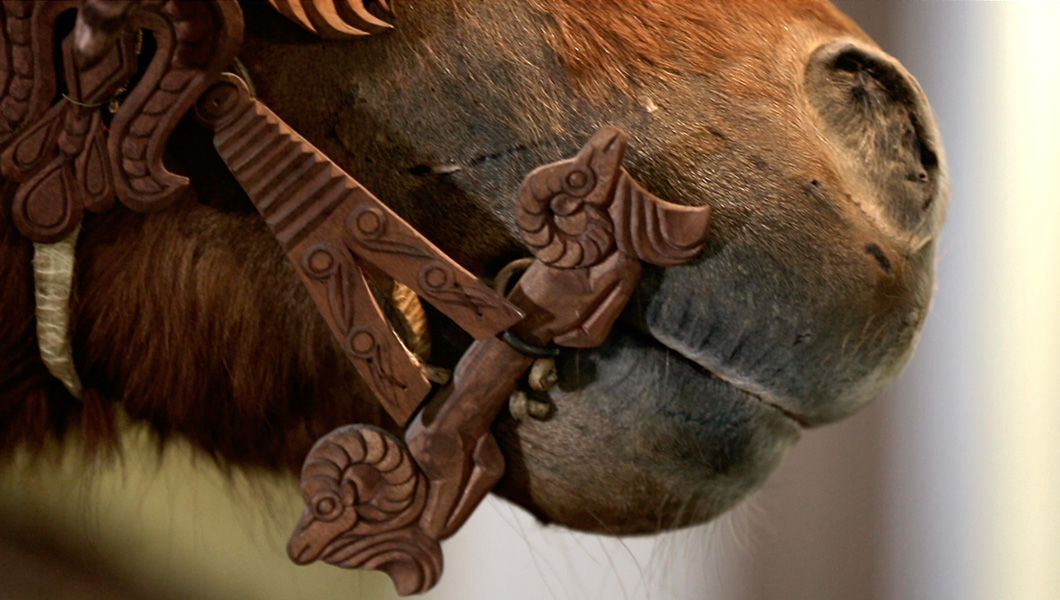 Made in prehistoric times harness today also impresses by the elegance of carved lines. This beauty came to us owing to the rare natural conservation.

Soon after the burials into the burial frame the underground waters entered. The sharp cold transferred them into the sheets of ice.

Water froze and did not melt for 2500 years. The eternal frost as the fridge rescued the findings from fatal influence of time. The most significant issue lasted: who was buried with such honors thousands years ago in a wooden sarcophagus?

Ice shroud fully hid the figure of the belowground. When archeologists carefully melted ice then they saw the mummified remnants. The embalmed girl lay on the side, in the position of sleeping person. She was wearing a wooden skirt, wig and intricate hat.

Before Pazyryk gods the unknown had to appear in her best attire. 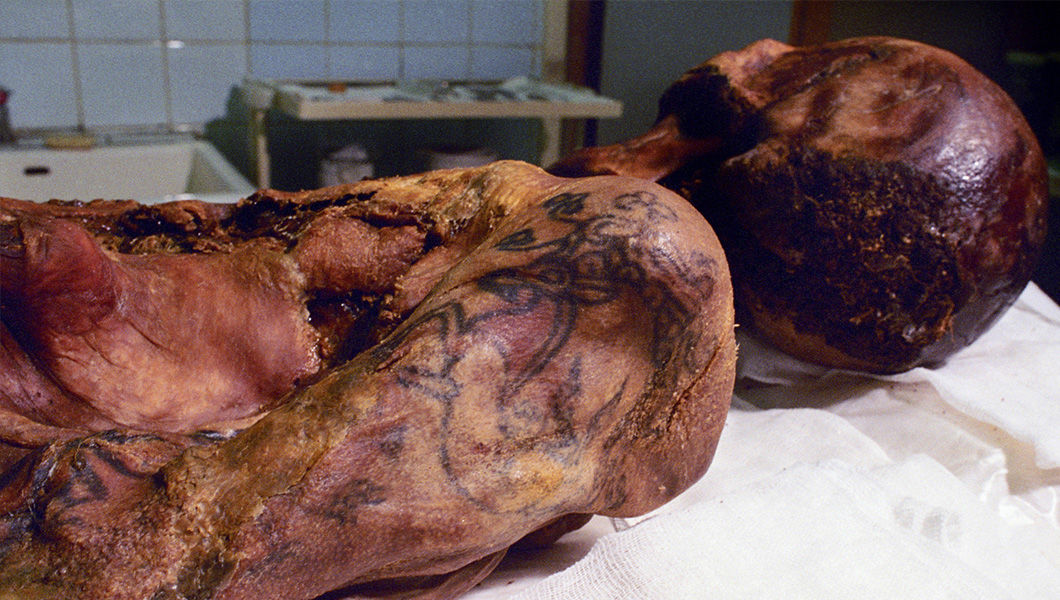 The ancient master depicted the fanciful images on the girl’s body: the mixture of real and fantastic animals. Scientists are sure that Pazyryks made tattoos not only because of beauty — they used them as a passport or business card. On the left hand of Altay mummy archeologists counted up to four tattoos. The largest one — the mythical deer with griffon’s beak and goat’s horns. Some people of Asia this fantastic animal was symbolized the connection with the other worlds.

Unfortunately, categorically to decipher the meaning today is practically impossible. Who was the girl from Ukok? Why did she die at that young age? And, at last, how did that mysterious woman look like? 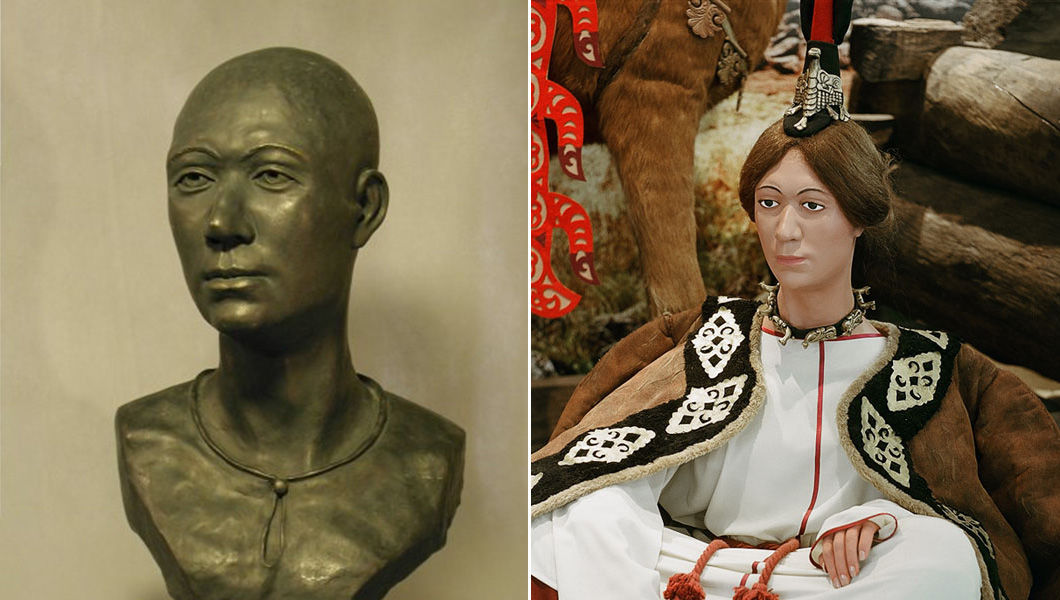 Since the 50s of the previous century the employers of the laboratory have been creating the unique portrait gallery which literally personifies the past. The faces of the dead people are recreated on the skulls.

The height of cheekbones, eye shape, form of nose and even ears — according to scientists’ words, all that information preserves the skull. It is just needy to read from it correctly. The reconstruction of the face — a long and laborious process. Layer by layer scientists put on the bone basis the sculpture modelling clay. Its final thickness and form are calculated with the help of the program of scull-face correspondence.

This face was restored by anthropologists in 1995. Exactly so, according to their opinion, looked the girl from Ukok. The reconstruction does not leave any doubts: before us — a representative of the Caucasian race.

This was also proven by the research of the DNA of Altay mummy. The mummy of Ukok is being studied for more than 20 years. For that time she was conducted much research.

For instance, it was possible to restore the Pazyryk rite of embalmment. Scientists understood that embalmed body was not committed to the earth right away. From the moment of death till burying minimum three months had passed.

All that time the mysterious woman continued to play the peculiar role in the life of her tribe — she, for instance, was sat in arm-chairs that is seen by the tracks on the body.

Herewith, the difficult, toilsome rite of embalmment — a sign of unusual status of the dead. Why was she bestowed with such honors? Archeologists categorically refuse the hypothesis about Altay princess. Her mound is much bigger than the grandiose burials of the Pazyryk noble people. But the most important thing — it is located far from all the tribal burial ground. In ancient cultures the women whose way of living presupposed the vow of chastity were treated the following way.

According to scientists’ opinion, she was probably the goddess of healing or shaman. She periodically the vapors of copper and mercury (it was found out owing to the chemical analyses), that was tied, most probably, with some rites. Detrimental vapors, certainly, harmed the woman’s health. But they could not lead to the fatal outcome. So, what became the cause of death of Altay shaman-woman?

Scientists supposed: the illness is guilty. But which? The research of the illnesses of ancient people today is made by the special science — paleopathology. 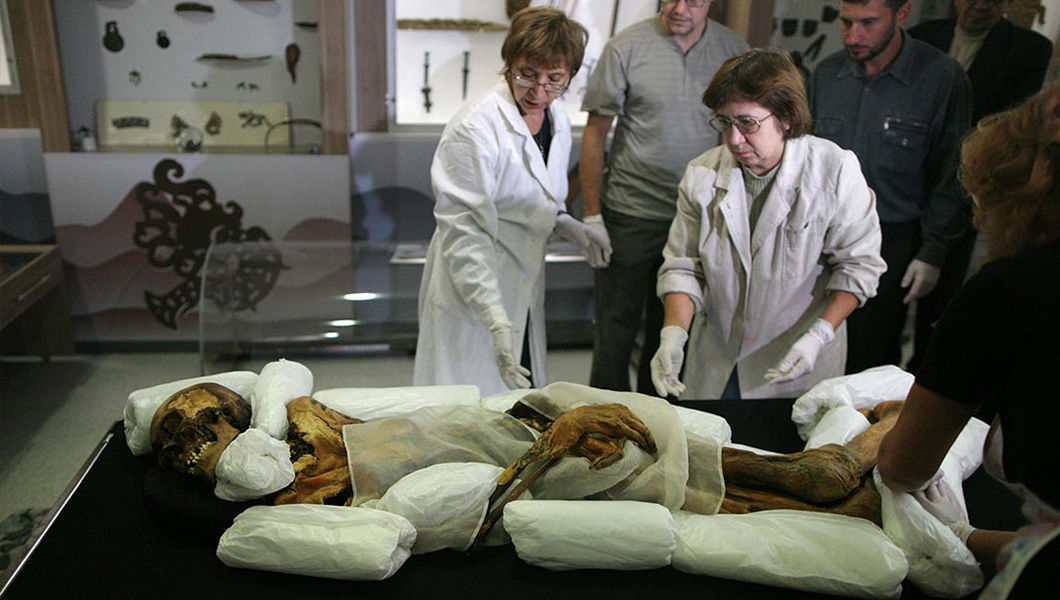 In 2010 wrapped into the heat-resistant material was sent for tomographic research. However, it was not possible to get the quick result. Magnetic resonance tomograph reads the radio-waves. The source of these signals are the atoms of hydrogen, which mainly are in liquid and soft fabrics. Embalmed, dehydrated remnants gave out the weak signal and shots were of a bad quality. Only special computer programs worked out in several years after research could make the image better.

These processed tomographic shots — the key to the solution of Altay riddle. The newest graphic programs allowed to researchers to dip into the past.

Their suspicions were proved: embalmed body kept the tracks of the severe illness. Scientists came to conclusion: the girl from Ukok was killed by the breast cancer. Oncological disease was developed for minimum three years. The illness reached the fourth — final — stage.

This was the final diagnosis made in 2500 years. 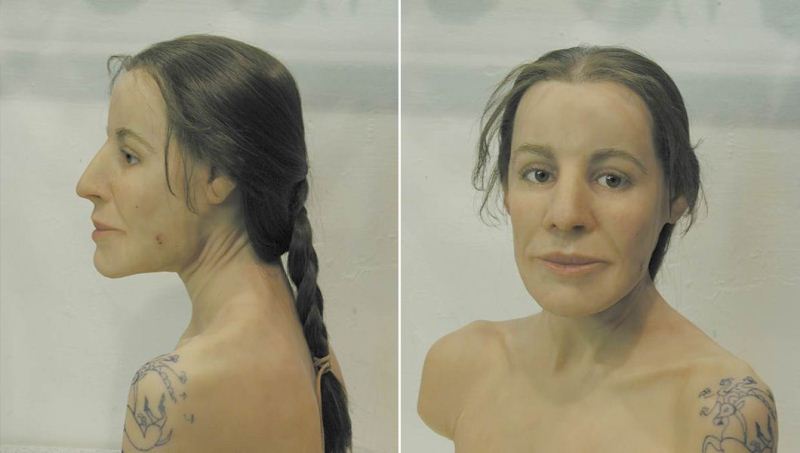 The disputes about her origin and social status continue. Probably in the future for that same question the final answer will be given. And it means that it is not the end of history.