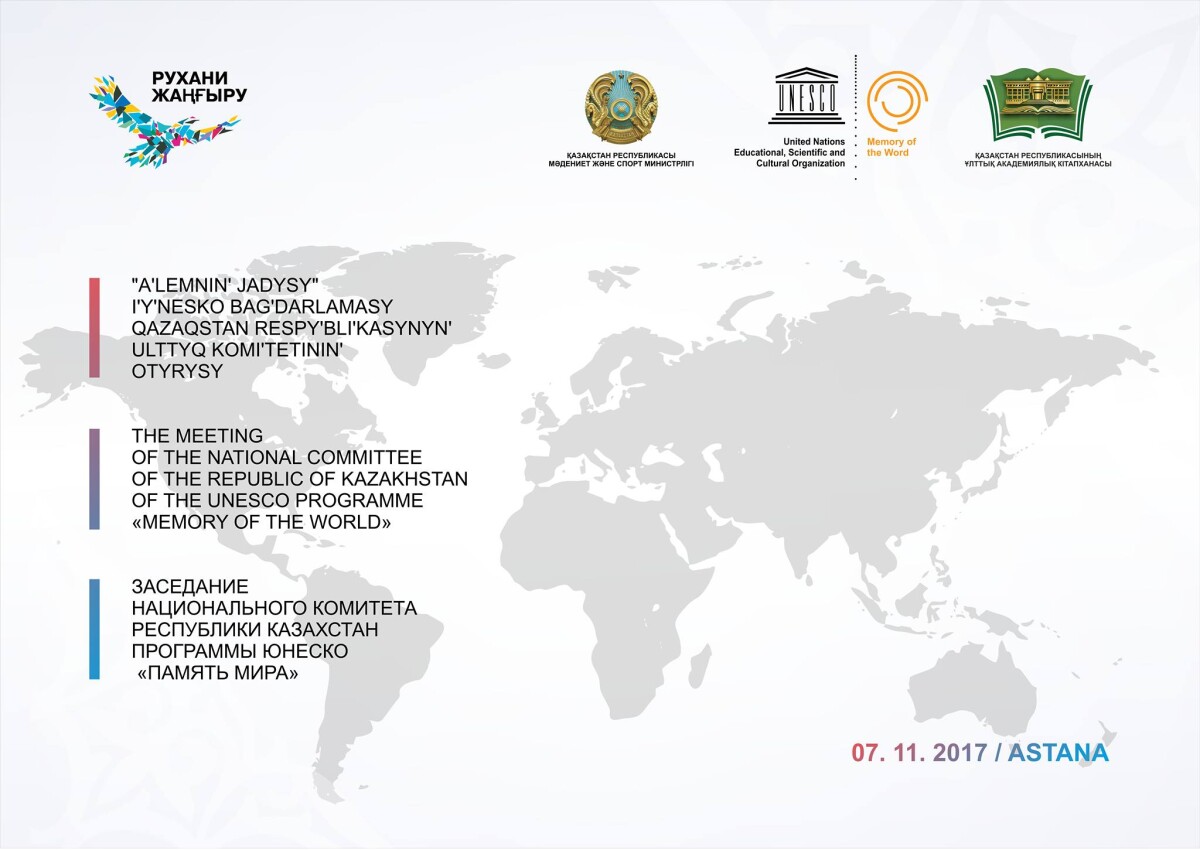 The main topic of discussion was the applications of the RK cycle 2018-2019, submitted for inclusion in the UNESCO World Heritage List. The moderator of the meeting - the Chairman of the National Committee of the RK of the UNESCO Programme "Memory of the World", the Head of the National Academic Library of the Republic of Kazakhstan U.D. Munalbayeva announced the list of applications submitted for discussion.

"43 people are members of the Committee. I think many of them are present at today's meeting. Therefore, we can open our event," the Chairman of the Committee announced. 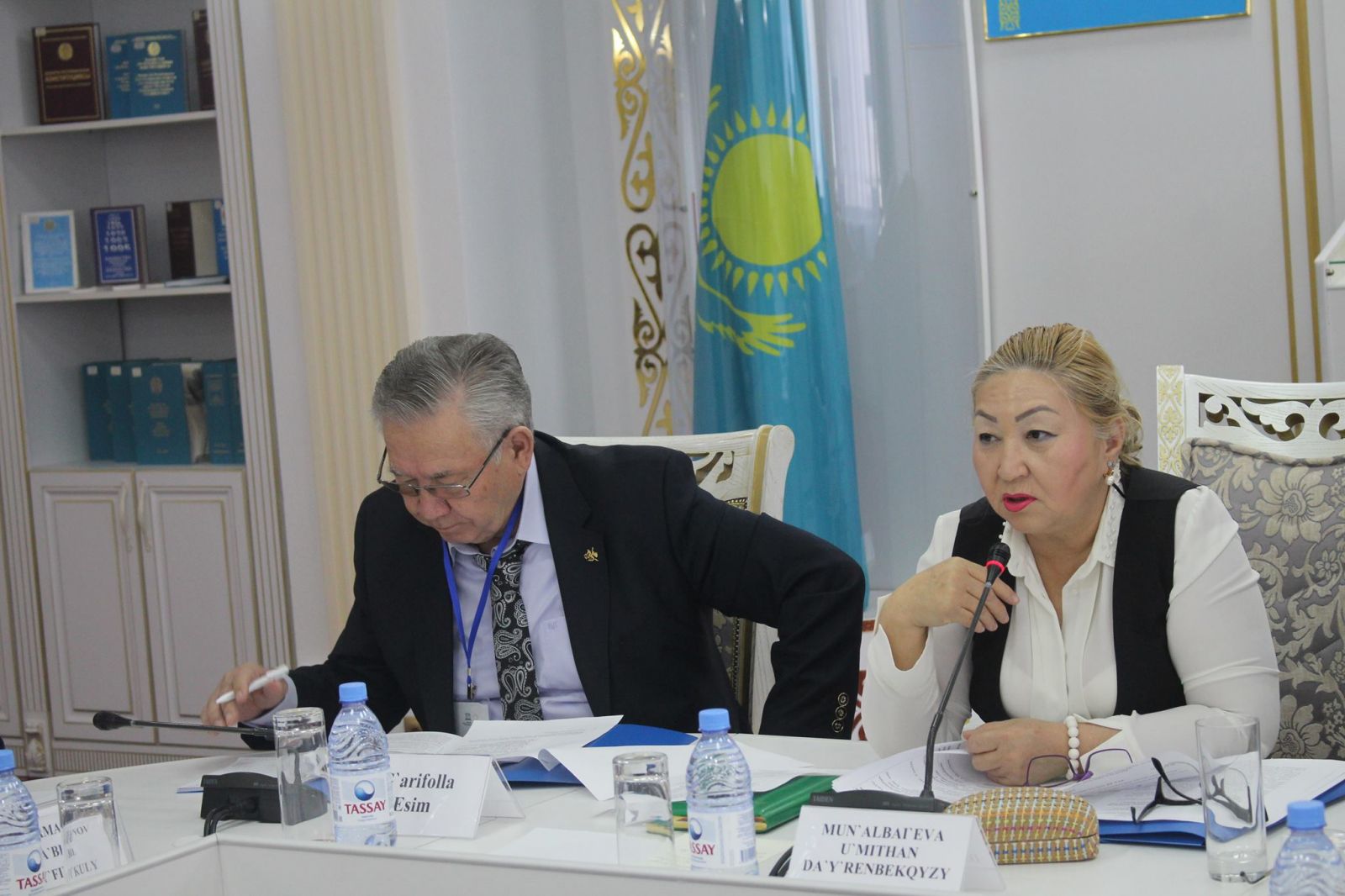 The event was attended by representatives of the Ministry of Foreign Affairs, public figures, historians and scholars of literature, readers of the NAL RK, members of the National Committee of the RK of the UNESCO and ISESCO Programme and media representatives. At the meeting of the National Commission of the Republic of Kazakhstan on UNESCO and ISESCO Affairs within the framework of the "Memory of the World" Programme were discussed:

Bekbalakova Gaukһar, a Secretary of the National Committee of the RK of the UNESCO Programme "Memory of the World": 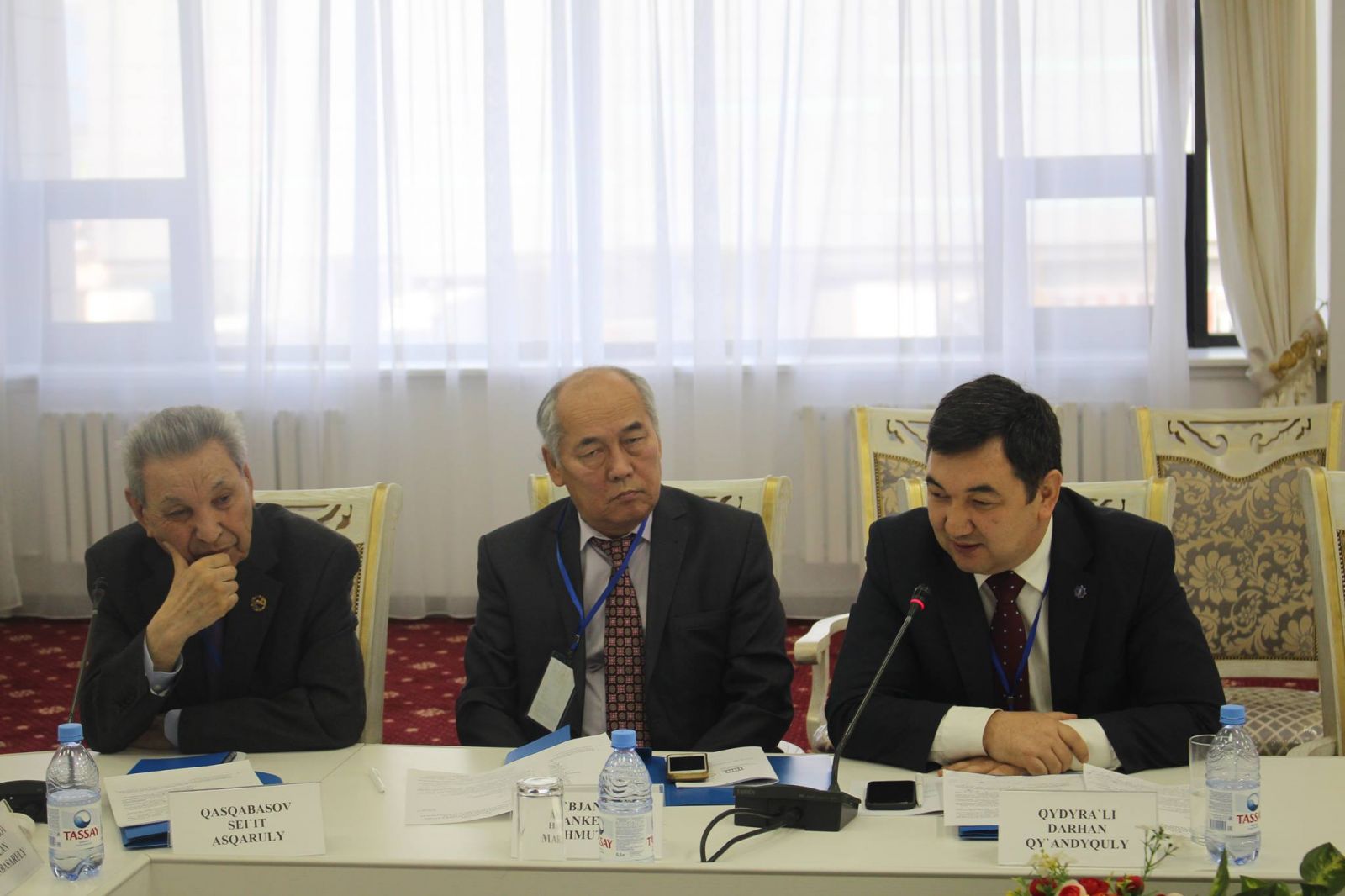 The materials on these topics serve as the basis for the formation of the Unified Consolidated National Catalog of Documentary Heritage, which will allow the National Committee to improve the mechanism for preparing and submitting applications of the RK for inclusion in the National, Asian-Pacific regional and World Registries.

In the "Memory of the World" Programme, the National Commission of the Republic of Kazakhstan is considering several areas. For inclusion in the UNESCO world list, these topics should have a worldwide historical significance and content. Today we submit only applications. According to UNESCO rules, these applications are divided into categories, and then advisory councils will be held.

This work takes place in several stages, which can take up to two years. They will be checked by world experts. For example, this year there were 78 nominations. At one time from Kazakhstan came the manuscripts of Khoja Ahmed Yassawi and his pupil Suleiman Bakyrgani. They were entered in the register in 2003. Also the documents of the "Semey-Nevada" movement are also included in the UNESCO heritage. Documents relating to the fate of the Aral Sea were included in the UNESCO heritage in 2009.

During the meeting, the National Committee of the RK of the UNESCO Programme "Memory of the World" conducted a monitoring of the documentary heritage in Kazakhstan, in order to identify the most valuable and rare material of the country and its in-depth study.