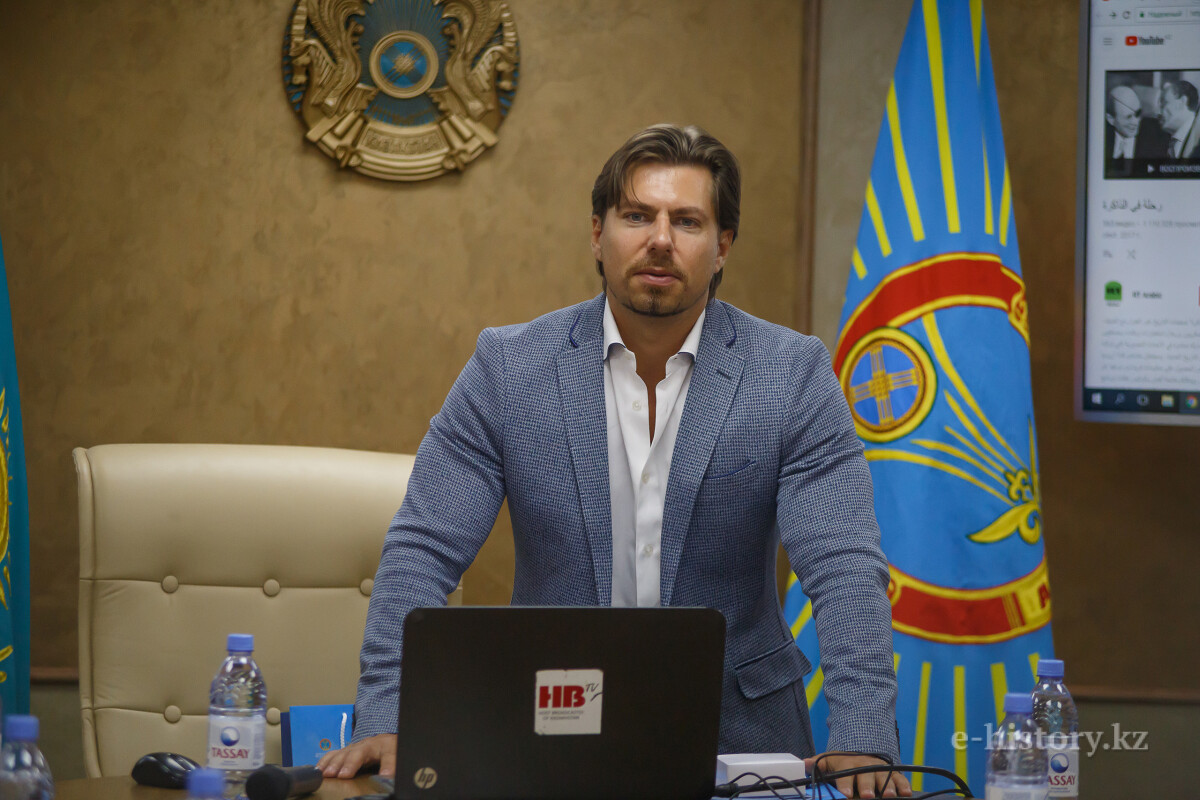 October 17, a master class for journalists was held at the Palace of Peace and Harmony within the framework of the conference "Spiritual Revival - the Way of Prosperity and Harmony"

Orientalist, author and presenter of the program "Witnesses of the Epoch" on the TV channel "Russia today" Khalid Al-Roshd spoke on "The role of modern journalism in the conditions of the world information war".

The NDH portal gives a lecture by Khalid Al-Roshd, which talks about how real politics is being made and what role journalism plays in this.

I am convinced that the main principle of journalism is not to harm. Young enthusiastic journalists think that they are already well aware that they are erudite, versed, have some kind of vision in which they are absolutely convinced. But they present information refracted through the prism of their consciousness, which is charged in one way or another, ideologically, religiously, and maybe even ethnically.

A journalist must have such qualities as restraint and responsibility. Responsibility is even on the first place. Erudition is also very important. It is ideally, when a person goes to journalism from a particular profession, which makes him an expert in this topic, and he covers this topic on the basis of his specialty. Because a journalist can not know everything - he can not be a know-it-all. He is sent to one task, to the second, today they ask him to write on this topic, and tomorrow another - and all this must be done quickly. 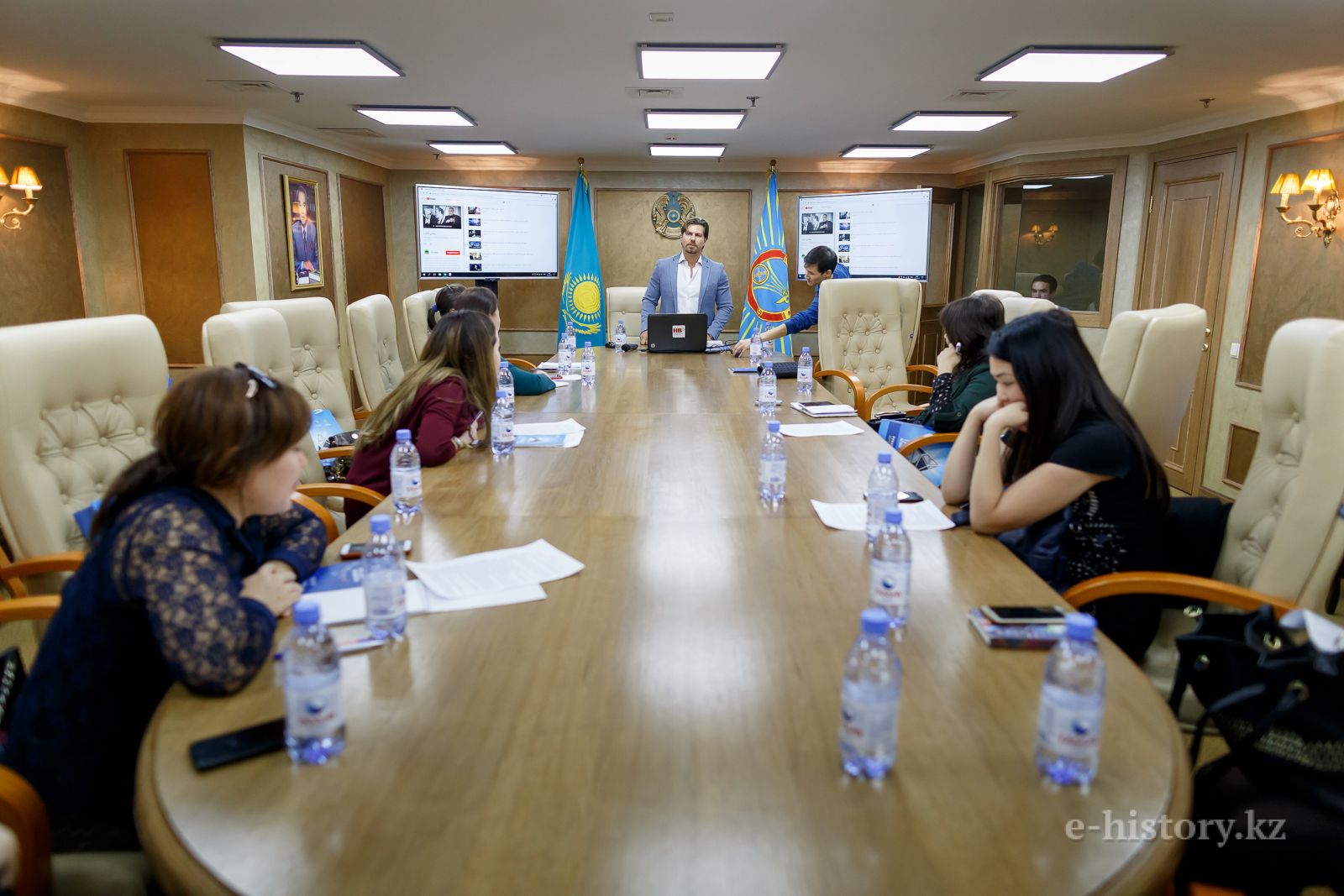 I went to work as a TV host; the channel is directed to the Arab region. I am an expert in Arab studies by education, a regional specialist, an expert on the Arab East and an expert on the Arab-Israeli conflict, and on ethno-political conflictology. That is, I was professionally engaged in this, and when I talk about the conflict in Syria, I'm not talking as a journalist.

Not every correspondent will be able to write where this place is, to distinguish between Syria and the Middle East. In the past, unfortunately, so was diplomacy. Ambassadors were sent to countries without knowing their language and they did not know where these countries were and they could not show them on a map.

I will give you one concrete example. What is Real politics, which is done mainly through secret diplomacy, and what is PR politics. PR politics is what we do. There is such a veil - we look at the screen, and behind this screen we try to feel what is there, because real politics is practically all secret. That is, what happens now will be known not earlier than in fifty years.

One day a guest of my program on declassified archives was a Soviet intelligence officer, Colonel of the KGB Gevorg Vartanyan, who in 1943 participated in the prevention of the attempt to eliminate the big three in Tehran (Stalin, Churchill and Roosevelt). I interviewed him in 2008 in the building of the Foreign Intelligence Service. Gevorg Vartanyan warned me: "I can only tell you about Tehran in 1943. 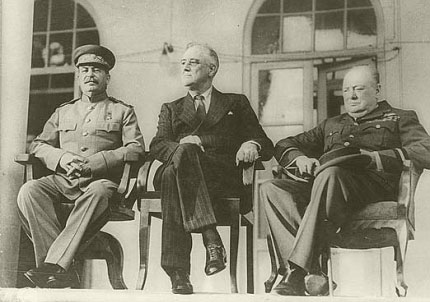 And this should have happened at the headquarters of the Foreign Intelligence Service." Can you imagine how many years have passed? Americans have not yet unclassified all the archives of the First World War; and a journalist is sent on assignment and they say: "Fly, figure out what's going on there and tell us." What can he say? Every day is as Groundhog Day.

The viewer hears every day: "Confrontation between government troops and the opposition", whether it's about Syria, Donbass or Ukraine. How do professional journalists see this? I, as a regional specialist, see the entire history of the conflict, beginning with the accession of the Baathists to power in 1963. The Baath Party took a coup, came to power, and their dictatorship lasted the next 50-60 years. This is a national minority, the Alawites, which are then presented by the media as wishing to sow confusion throughout the region, as a minority that melts the majority. "This sect is absolutely apocryphal, disgusting sect, enemies of God, which fights against the Sunnis, and they have ruled the last fifty years in Syria, and this sect must be overthrown. Their government needs to be overthrown, and the Sunnis that prevail in Syria must get power in their hands."

And the unconcerned consciousness of people who do not have a higher education, do not have in principle any kind of education with a strong religious consciousness, perceives it all. For TV channels Al-Jazeera or Al-Arabiya, which, incidentally, a year ago liked Assad, suddenly after a while he becomes a sectarian; the whole family becomes usurpers of power. Every day, Al-Jazeera or Al-Arabiya TV channels process their viewers: "They are usurpers, they are Alawites, they are Sunni killers, and they are persecuting all dissidents on political issues."

This is reminiscent of the situation when Mikhail Sergeyevich Gorbachev announced in the Soviet Union glasnost, immediately all nations began to fly like flies on the inflamed part of the body. The Caucasians remembered the deportation of 1944, to which M.S. Gorbachev had nothing to do, moreover - the Russian people had nothing to do with this, because it is the fault of the commissars, they have a separate mentality. Raise the archives, look at the names - where are the Russians? 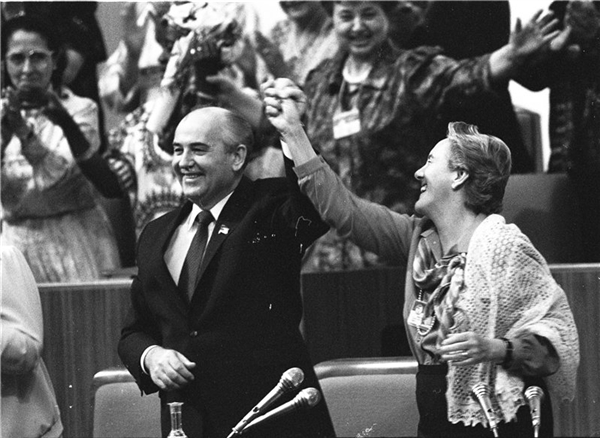 But the state-forming nation, that is, the Russian people, should be responsible for everything that happened to these peoples for the last, conditionally speaking, 100 years, and maybe even before Peter I, Ivan the Terrible, conquering Kazan and so on.

And this active promotion begins to stir ethnic consciousness. Ethnocentrism among people is growing; there is some kind of hatred, some desire to take revenge, which later translates into national conflicts.

Thanks to a very wise policy in Kazakhstan, there was not what was in Nagorno-Karabakh, in Chechnya. These two very vivid post-Soviet conflicts, unfortunately, took many lives. And here the journalists played a very important role.

In the 90's there was a bacchanalia: say what you want and write what you want. Many materials were custom-made. Everyone knew which journalists were assigned to Berezovsky, who were behind Gusinsky. 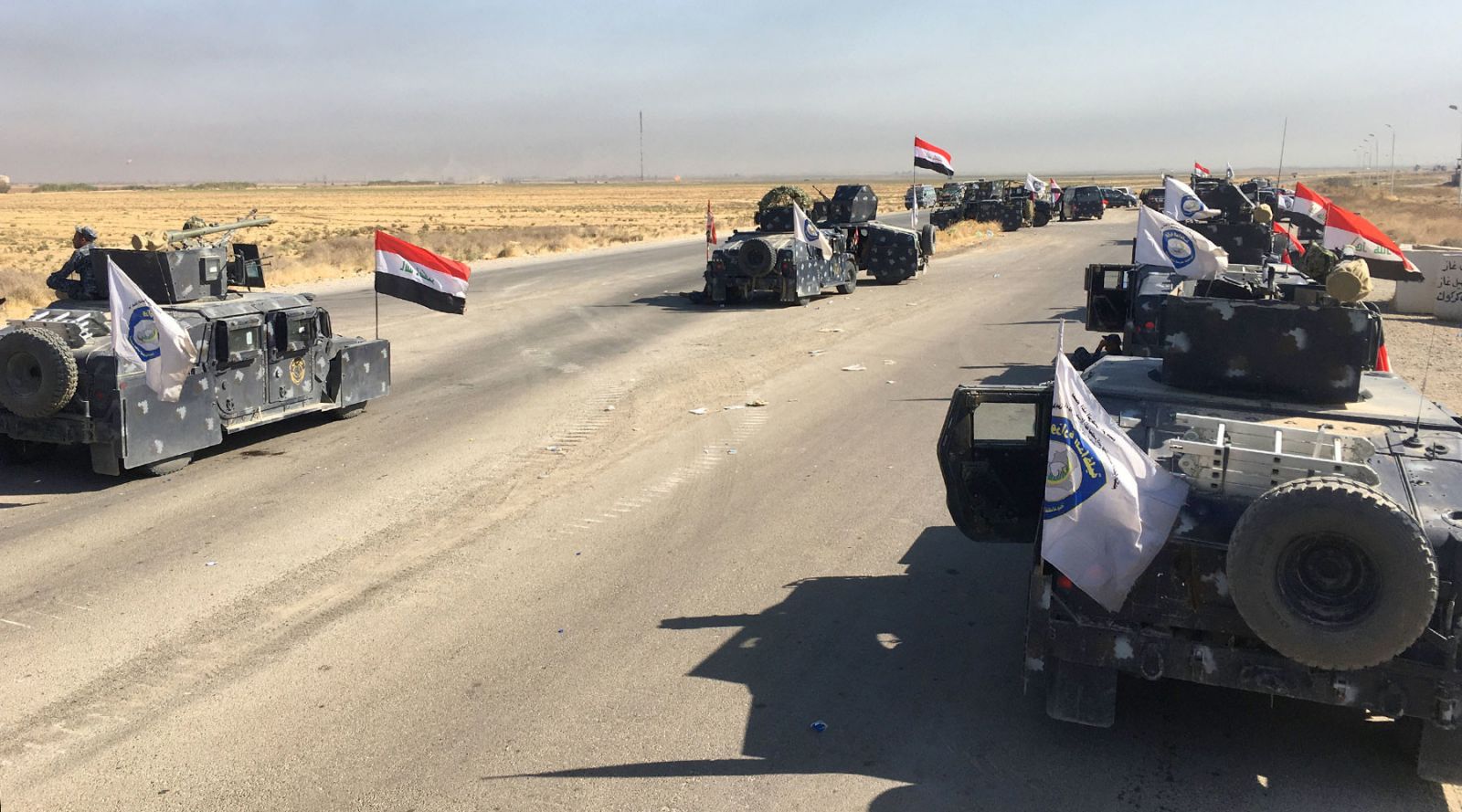 There is the notion of "information sovereignty". Information sovereignty is very important in the context of hybrid wars of our time, because freedom of speech as such does not exist. Do not fool yourself that you are free journalists and there is freedom of speech. The journalist is not free from himself, first of all, from his prejudices, from his worldviews, from some mythology that has long been formed in his head.

What is free journalism? Free from the state, within the framework of which it functions as a media? It does not happen that way, because the state pays for it. How can one be free from the employer or the customer who pays the money? It has been well said by one famous American journalist that: "Only the owners of the media have freedom of speech."

Berezovsky could order any story, for example, Dorenko against Luzhkov, the mayor of Moscow. And he every day spoke against Luzhkov. It remained only to observe these inter-oligarchic disassociations under the so-called freedom of speech.

During the escalation of the conflict in the Middle East, a commission was established to disarm Iraq, which traveled around the country and was looking for weapons of mass destruction. Scott Ritter, chief inspector of the United Nations on Iraq's disarmament, personally inspected all the palaces of Saddam Hussein, the General Staff of Mukhabarat (local special services). Realizing the inevitability of the war, he issued a statement: "I myself was there, I examined all the palaces - they do not have any weapons of mass destruction. No, I saw it myself." 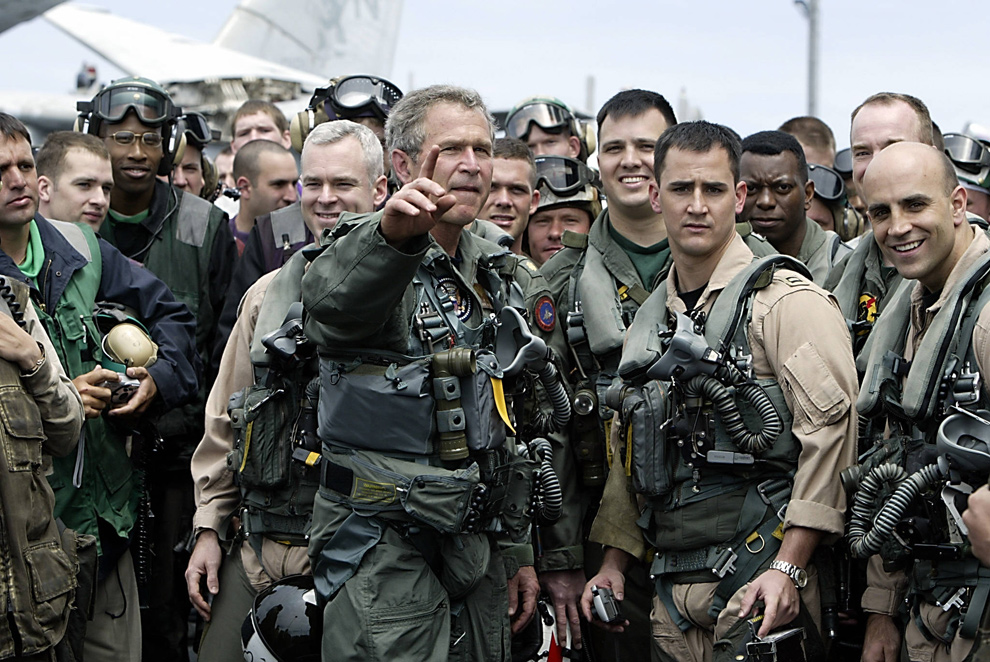 Then FOX NEWS signed a contract with him for his exclusive participation as one of the key participants in the disarmament of Iraq. The contract was on condition that he should be their weekly analyst for a very decent fee. Exclusively, that is, only he was there to appear. But for five years he was called there only twice. They deceived him, because under the contract he had no right to give interviews to other media, and he could not say anything about the fact that there are no weapons of mass destruction there. America needed war, and they fully accumulated all the information media.

After Vietnam, the US is well trained in their lessons. It is necessary to work for the audience not the enemy. The information war must be fought, first of all, on your territory. This is a clear example of what "freedom of speech" is.

Today is the Second World Information War. The first world information war was during the Cold War, and the USSR lost this war. In pursuit of nuclear parity, the most important thing was missed: the number of media aimed at the enemy. The Soviet Union had only the Voice of Moscow, and the West had Radio Liberty, Free Europe, Liberty, Voice of Russia and many others. The ratio was five to one. 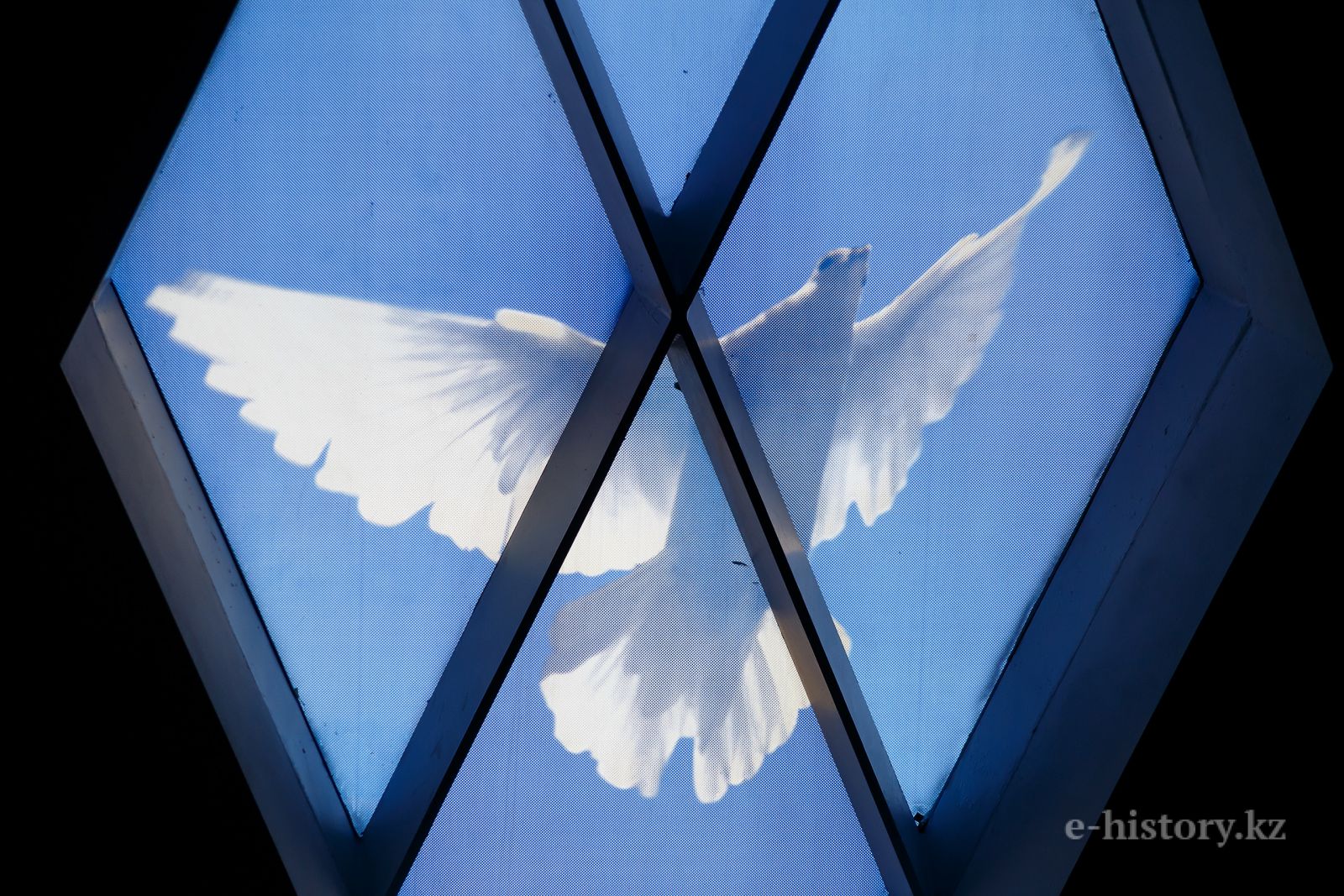 On the territory of the Soviet Union, thousands of jammers were built, but they operated only in large cities. And Gorbachev opened all the "information" locks.

But the principles of information warfare are when you start misinformation in a stream of truth. These methods are very many years, because misinformation is one of the key techniques of the special services.

Even Sun Tzu in the VI century BC said that the main success is to conquer not the enemy's cities, but his mind.