Dynasty of koumiss production in Koumiss-Horde 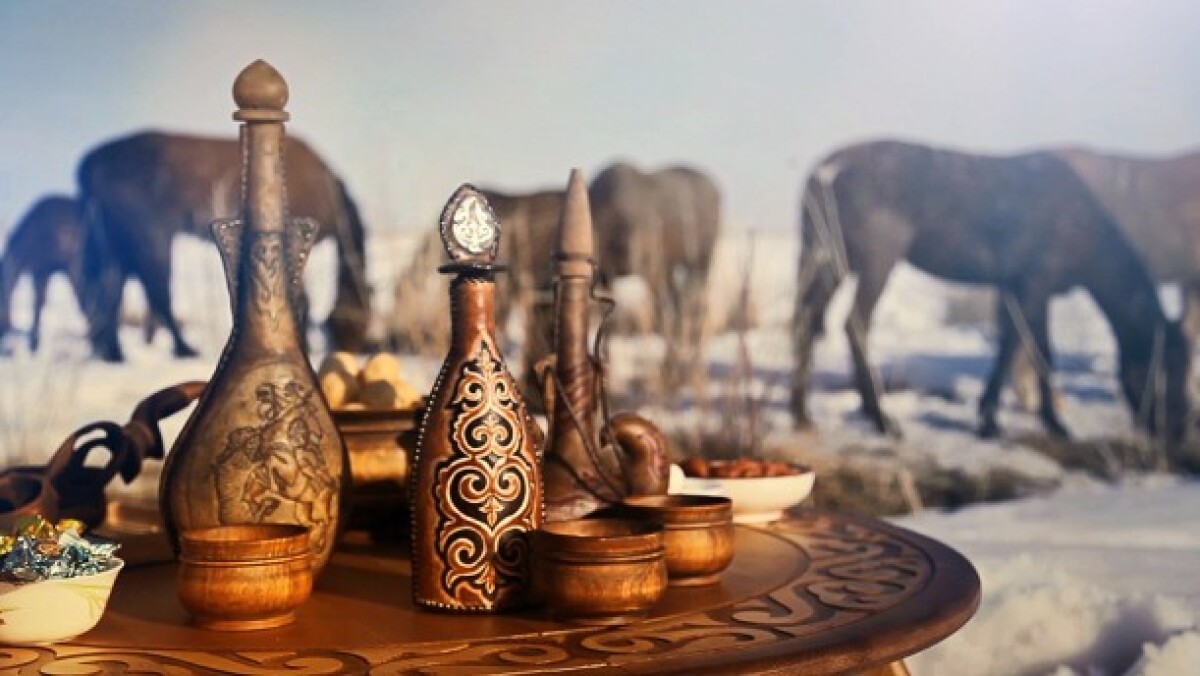 In fact, the beginning of the production skill in the Koumiss-Horde resort, both before and after the revolution, was laid by the koumiss master Akysh (Akhmetgali) Kildibekov

He was born in the large Kazakh family of Gilyash Kildibekov - hereditary zhylkyshy (horse-breeder) who specialized in horse-breeding. From the very early childhood Akysh helped his father in the household and took from him all the tricks and subtleties of this difficult cattle-breeding craft, which also included production of koumiss. Having reached the age of 16, he did not stay in the village, but got a job as a zhylkyshy (horse-breeder) and koumiss-maker in the estate of Kolborsy from the well-known landowner Shangerey Bokeyev. Such an early beginning of his working experience is calculated from the surviving documents from the family archive of Kildibekovs.

By the time of the creation of the pre-Revolutionary koumiss resort by Shangerey Bokeyev, Akysh had already worked there as a koumiss master, and his eldest son Galym helped him in this, and replaced him for the time of his absence. After the revolution, having rebuilt the koumiss resort, Akysh Kildibekov continued to work there until the age of 62, so his total experience of the koumiss master is 46 years. All the time working in the new koumiss resort his elder son Galym Kildibekov helped him. He worked there for several more years, after the departure of his father. That is why the old residents still remembered Galym, but no longer remembered his father Akysh.

Helped him and his younger son Adulnasyr Kildibekov - my father who was 8 at the time of opening the resort, and at the time of Akysh’s departure, he was 14 years old. He participated in subsidiary operations. For example, according to his stories, every 2 hours he did a thousand piston motions with a piston "piskek", mixing koumiss in wooden cubes. However, he did not want to engage in koumiss production and at the age of 14, having added 2 years to his age, he went to study in Alma-Ata. This ended the dynasty of Kildibekovs' koumiss-makers, overlapping the period of about 50 years, but their art of koumiss production did not disappear and survived until our time thanks to the birth of the next dynasty.

As we know from 1924 to 1930 hand in hand with Akysh Kildibekov worked his assistant Gainetdin Jamanbaliyev, who became a koumiss master after the departure of his mentor. He worked in the sanatorium until 1963, and passed the secrets of his work to his eldest son Ilyas, who in the same year graduated with honors from the courses in the Moscow regional anti-tuberculosis sanatorium "Mtsyri" and received the title of master of koumiss.

The author of these lines happened to meet with Ilyas Gainetdinovich Jamanbaliyev in 1995 shortly before his retirement. I, as the grandson of Akysh Kildibekov, the founder of the resort, was invited to celebrate the 70th anniversary of this anti-tuberculosis sanatorium. To my regret, I could not come straight to the jubilee, as I was preparing to defend my doctoral dissertation on biochemistry in Moscow. Therefore, with my wife Kamshat and our three-year-old son Elkhan, we arrived next year.

Ilyas Gainetdinovich gladly told us about the history of the koumiss resort, shared his memories, showed production facilities and, of course, treated us to freshly prepared koumiss.

Ilyas Gainetdinovich was very amused by my son Elkhan, who, like the true great-grandson of the koumiss-maker Akysh, emptied 3 cups of a foamy fragrant drink in succession. And this is more than half a liter of koumiss, which sometimes adults can not drink.

We were given to touch those half cubes in which my grandfather (and great-grandfather of Elkhan) prepared koumiss more than 70 years ago. Some production crockery has remained since those times. Ilyas Gainetdinovich explained that one of the secrets of high quality of the product is manual cooking, and the use of oak barrels. Therefore, all new dishes are made of the same shape and from the same tree as the one used by my grandfather. In addition, it turns out, it is impossible to mechanize this process without loss of koumiss quality.

Shortly before our visit, the koumiss resort was visited by guests, masters of the koumiss production from Bashkiria, as an exchange of experience. They wondered why the taste of Kazakh koumiss is better than Bashkir, and tried to find out the secrets of skill. As Ilyas Gainetdinovich explained, in fact, the main secret lies in the difference in the composition of the steppe herbage. For example, on local pastures only wormwood grows about 10 species, not to mention the variety of other herbs. They give a unique aroma and the highest quality to local koumiss.

Of course, making koumiss is an art. And, like any business that requires manual labor and the need to invest the whole soul, it conceals many secrets unspoken by a great master. Nevertheless, all that can be improved has been improved, modified and mechanized. In particular, we saw a line of bottling and capping koumiss in glass standard half-liter bottles.

Ilyas Gainetdinovich told me that he was going to retire soon, but he prepared himself a replacement in the person of his son Aidar, who had already received his knowledge and assured me that the tradition of masters started from my grandfather Akysh should not be interrupted.

Aidar lived up to his father's expectations and became an excellent koumiss-maker. During the last decades of work of the anti-tuberculosis sanatorium, koumiss production was at the highest level. Since 2000, for the quality of koumiss, 12 gold medals won in the All-Russian competition "The Best Food Products of Russia" were received. And in 2013 was awarded the People's Quality Mark "Public Recognition".

In turn, Aidar Jamanbaliyev prepares himself a replacement - his son Amanzhol.