Home News N. NAZARBAYEV'S IDEA ON THE ESTABLISHMENT OF THE UNION OF EURASIAN STATES

N. NAZARBAYEV'S IDEA ON THE ESTABLISHMENT OF THE UNION OF EURASIAN STATES 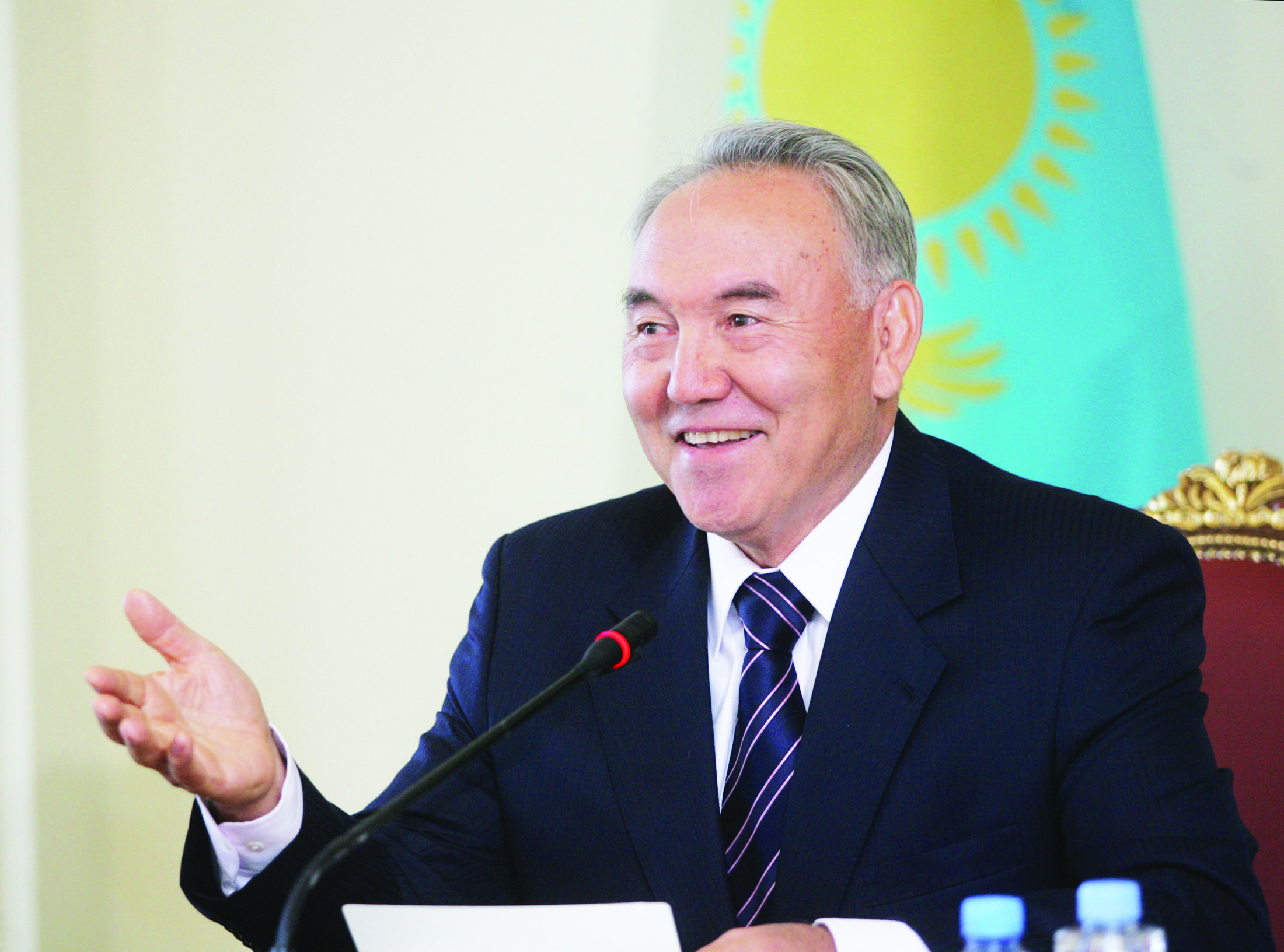 23 years ago, President of Kazakhstan Nursultan Nazarbayev proposed to create a new union of post-Soviet countries and call it the Eurasian Union of States

Current trends in international relations cause the development of new approaches to solving the most pressing problems that contribute to consolidating Kazakhstan's position in a rapidly changing world. An illustrative example of the effectiveness of integration policies is the successful implementation of the idea of ​​N.A. Nazarbayev, aimed at creating the Eurasian Economic Union. The head of state in the Address to the people "Strategy "Kazakhstan - 2050": a new political course of the state" noted that "we will strengthen the Customs Union and the common economic space. Our immediate goal is to create a Eurasian Economic Union."

In March 1994, during the first official visit to the Russian Federation, President N.A. Nazarbayev suggested creating a new union of post-Soviet countries and calling it the Eurasian Union of States. For the first time this project was made at a meeting with the faculty and students of the Moscow State University named after M.V. Lomonosov on March 29, 1994, then at the Moscow City Hall at a meeting with representatives of the business community and the creative intelligentsia of the capital of Russia, as well as at a round table meeting of the editors-in-chief of the leading Russian newspapers and television company executives.

The initial period of independent development of the former union republics is characterized by an active search for ways of further coexistence within the framework of the CIS, taking into account the interdependence of post-Soviet economies, formerly part of a single and centralized national economic complex. One of the options for optimizing the integration process was the initiative of the President of Kazakhstan N.A. Nazarbayev, the creation of the Eurasian Union, as a structure necessary for building a new viable community of countries and peoples that have common historical destinies, close or coinciding geopolitical and economic interests. 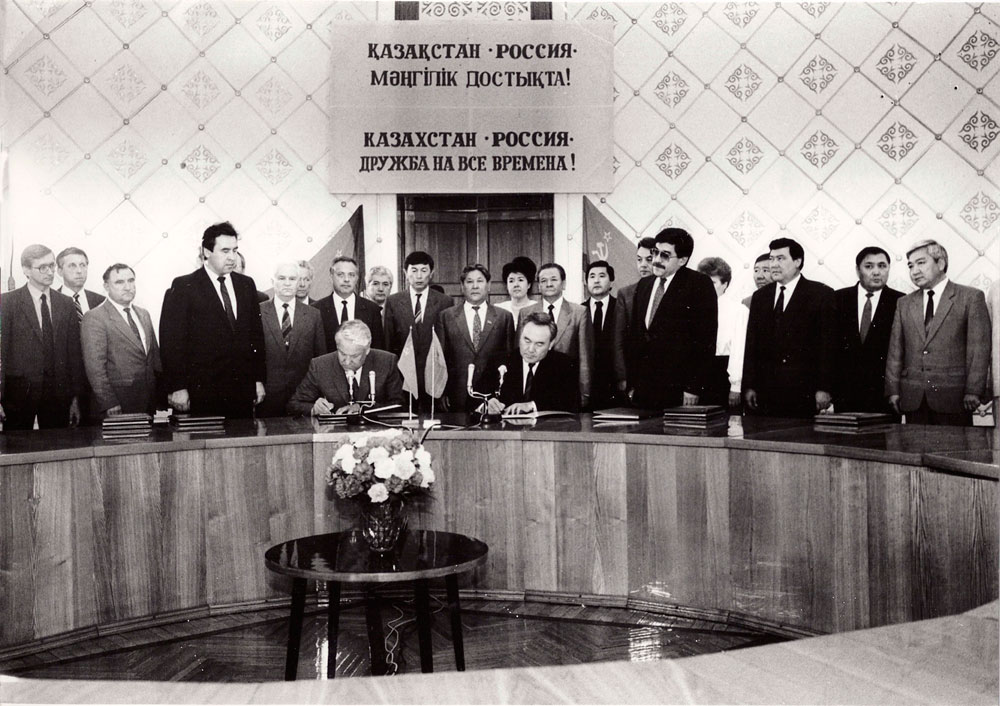 The deep roots of the idea proposed and adapted by N.A. Nazarbayev to the realities of today, can be found in certain elements of the concept of "Eurasianism", presented in the writings of thinkers of the 20-30-ies of the twentieth century. Among the most famous were the geographer P.N. Savitsky, philologist and culturologist N.S. Trubetskoy, the historian G.V. Vernadsky, philosophers and publicists - G.V. Florovsky, V.N. Ilyin, B.N. Shiryaev, L.P. Karsavin, critics and literary scholars A.V. Kozhevnikov, D.D. Svyatopolk-Mirschiy, lawyer N.N. Alekseev, orientalist V.P. Nikitin, the writer V.N. Ivanov, economist Ya.D. Sadovsky and other thinkers and researchers.

The idea took a new life decades later, when the leader of one of the largest post-Soviet states described it as the basis of his project. Being a realistically thinking politician, President N.A. Nazarbayev was able to isolate from theoretical constructions almost centuries-old those rational components that, in his opinion, could, after the collapse of the USSR, become the foundation of a new viable community of countries and peoples. "Kazakhstan is a unique state in Asia, in which European and Asian roots are intertwined. Representatives of different peoples make up unity in diversity. The combination of different cultures and traditions allows us to absorb the best achievements of European and Asian cultures," N.A. Nazarbayev speaking in London.

Meanwhile, promulgating the concept of the Eurasian Union, its author had in mind not only the desired direction of development of relations between the CIS countries, but also the model of the future society, the civilization in which Kazakhstan, Russia and other countries in the post-Soviet space are objectively interested. 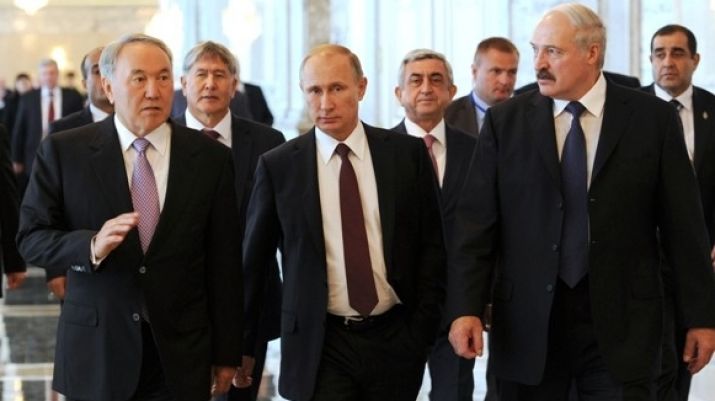 The problem of choosing the path of development on this issue is also outlined in the Strategy "Kazakhstan-2050": "Kazakhstan - though small, but still a part of Europe, and historically we gravitate toward Western civilization - they say. We are mainly an Asian country, so we must adhere to the experience of "tigers": Japan, Korea - others say. We have deeply imbibed the Russian mentality and the principles of collectivism, and our choice in many respects must coincide with the choice of Russia – the third will say. We have a predominantly Muslim population, so the new-Turk model should be used as a basis - the fourth one argues.

Paradoxically, they are all right and at the same time are not right. We are a Eurasian country with its own history and its own future. Therefore, our model will not resemble anyone else. It will absorb the achievements of different civilizations."

Returning to the origins of the creation of the Eurasian idea of ​​the Head of State, one should point to the decisions of the international scientific and practical conference "Eurasian space: integration potential and its implementation", held on September 19-21, 1994 in Almaty, in the course of which President N.A. Nazarbayev made a presentation on the Eurasian integration, held several meetings, at which its participants from the first hand received detailed explanations of the project provisions and, in turn, expressed various proposals and wishes to its author.

As a result of the conference, the participants decided to establish the Institute for the Legal Support of Economic Integration and the Eurasian University, and the formation of a non-governmental foundation for the people on the problems of Eurasian economic integration.

Speaking at the conference N.A. Nazarbayev said: "Given the differences between countries in the level of development of the market economy, the democratization of political processes, we propose the formation of an additional integration structure - the Eurasian Union, combined with the activities of the CIS. This takes into account the multivariate integration, different rates, heterogeneity and diversity in the development of the CIS states. This gives grounds to talk about the urgent need for the formation of a new economic order in the CIS. The goal is to harmonize economic policy and adopt binding programs for participating States to implement economic reforms."

Materials on theme
Mukhtar Shakhanov on eternal problem of the nation
Kyzylzhar – the birthplace of talents
History of Kazakh language graphics
Karipbek Kuyukov: 'My parents were witnesses of nuclear tests'