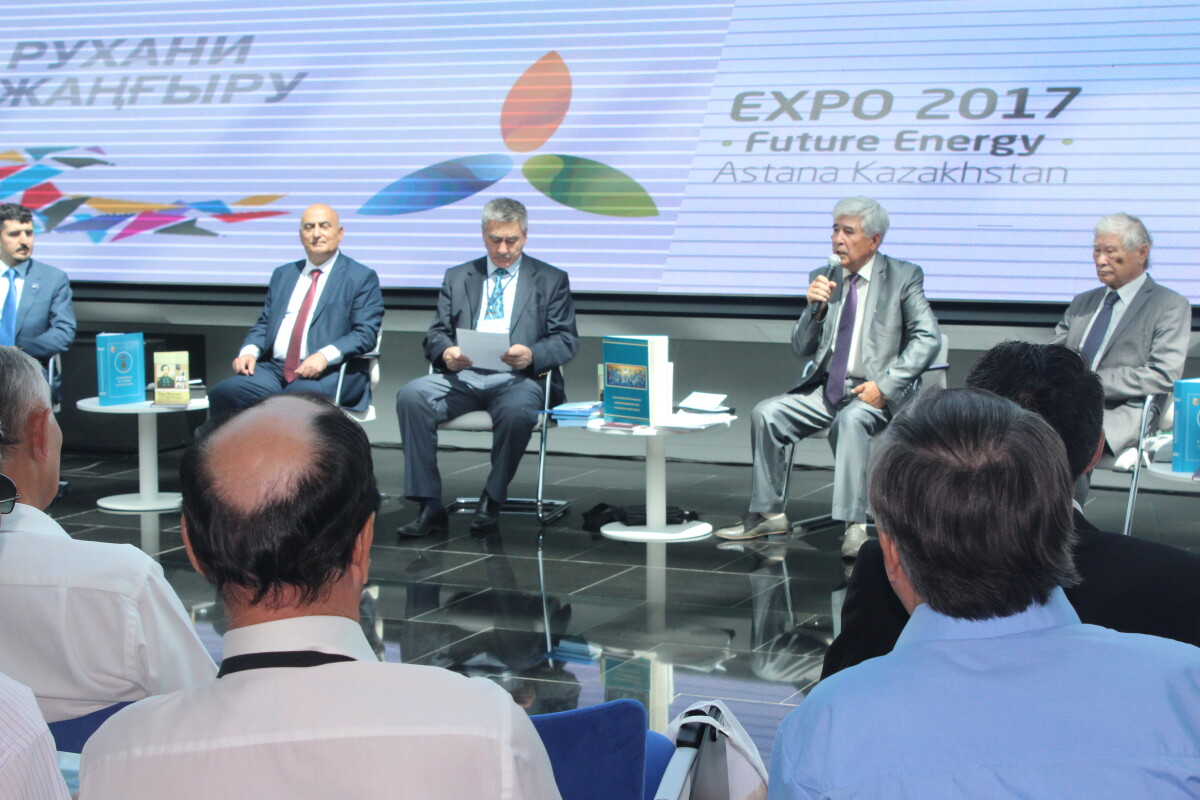 June 21, 2017, Astana - international scientific conference on the implementation of the Program article of the President N. Nazarbayev "Looking into the future: modernization of public consciousness"

State and public figures of Kazakhstan, heads of diplomatic missions, deputies of the Parliament of the Republic of Kazakhstan, representatives of political parties, public organizations and the media, cultural and art figures, scientists and experts, university professors and school teachers, as well as well-known historians from Azerbaijan, Kyrgyzstan, Russia and Uzbekistan took part in the conference. 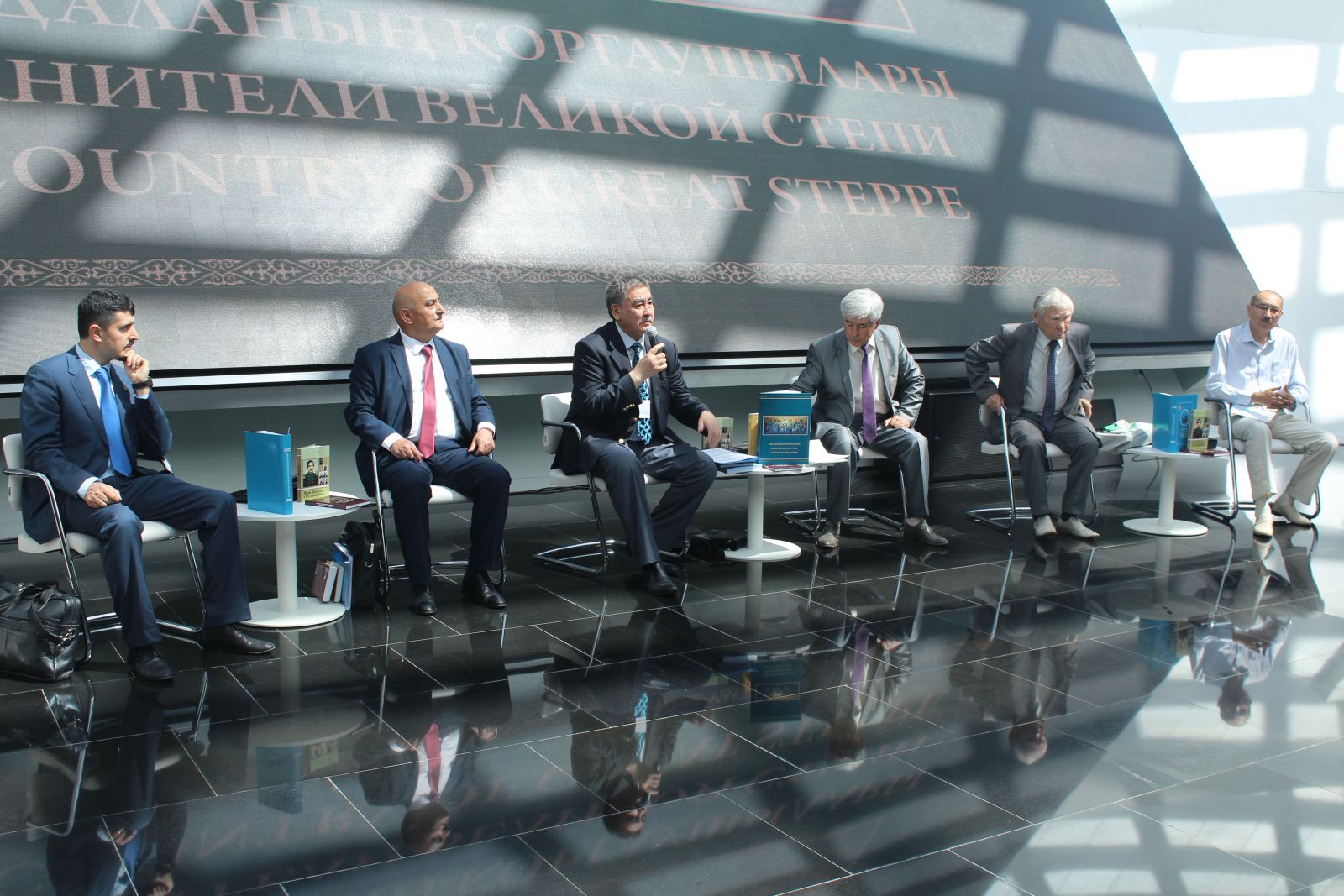 The work of the Conference was opened by the presentation of a series of books by scholars of the Institute of History of State, carried out within the framework of the implementation of the industry program "The People in the Flow of History".

"Today we are starting the work of an international scientific conference with the presentation of a number of cognitive scientific publications. As part of the implementation of the industry program "The People in the Flow of History", Kazakhstani scientists prepared 5 monographs on the scientific project "Program of research work aimed at systemic study of the activities of the First President of the Republic of Kazakhstan and his role in the formation of Kazakhstan statehood" which reveals role of Nazarbayev in the formation of the state. In addition, were prepared two basic textbooks on the history of Kazakhstan "History of Kazakhstan from ancient times to the period of independence" and "The newest history of Kazakhstan", as well as the electronic format of these textbooks in Kazakh, Russian and English languages, including interactive versions (audio, video courses) and reading-book," said the director of the Institute of History of State Burkitbay Ayagan in his welcoming speech. 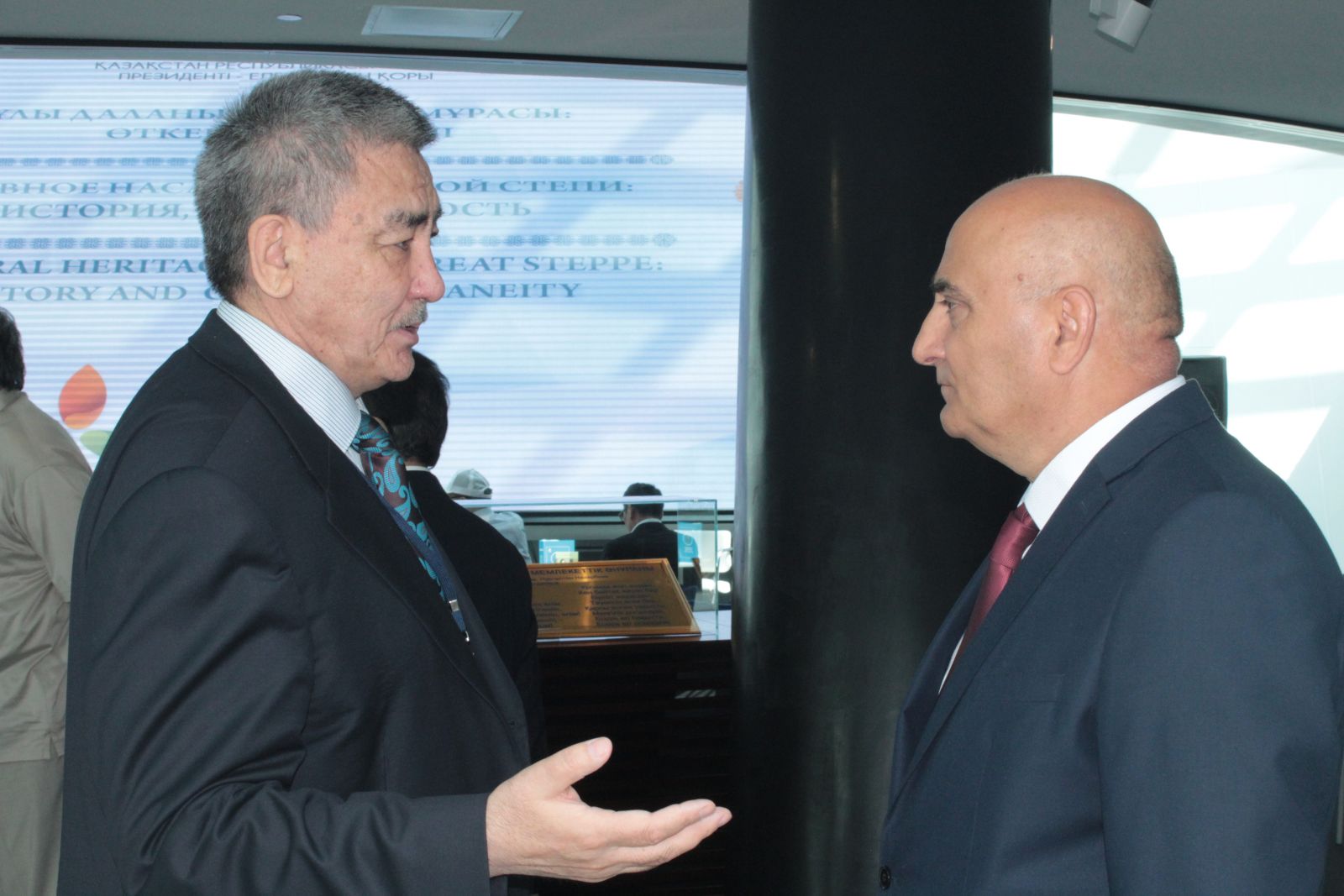 Next was an electronic version of the book "Keepers of the Great Steppe." The book, according to the scientist, was written for the purpose of realizing the program "Tugan zher" and educating in the spirit of respect for the nationwide shrines.

The creators of the work against the backdrop of historical events managed to give portraits of political figures from the Golden Horde until the collapse of the Kazakh Khanate. For example, events of the times of Toktamys and Yedige are described; Abulkhair Sheibanid and the creators of the Kazakh Khanate – Kerey and Zhanibek; Khans Kassym, Yessim, Tauke, Abylay and Kenessary. The book reflects the customs and traditions of the nomads of Eurasia, their armament and way of life. 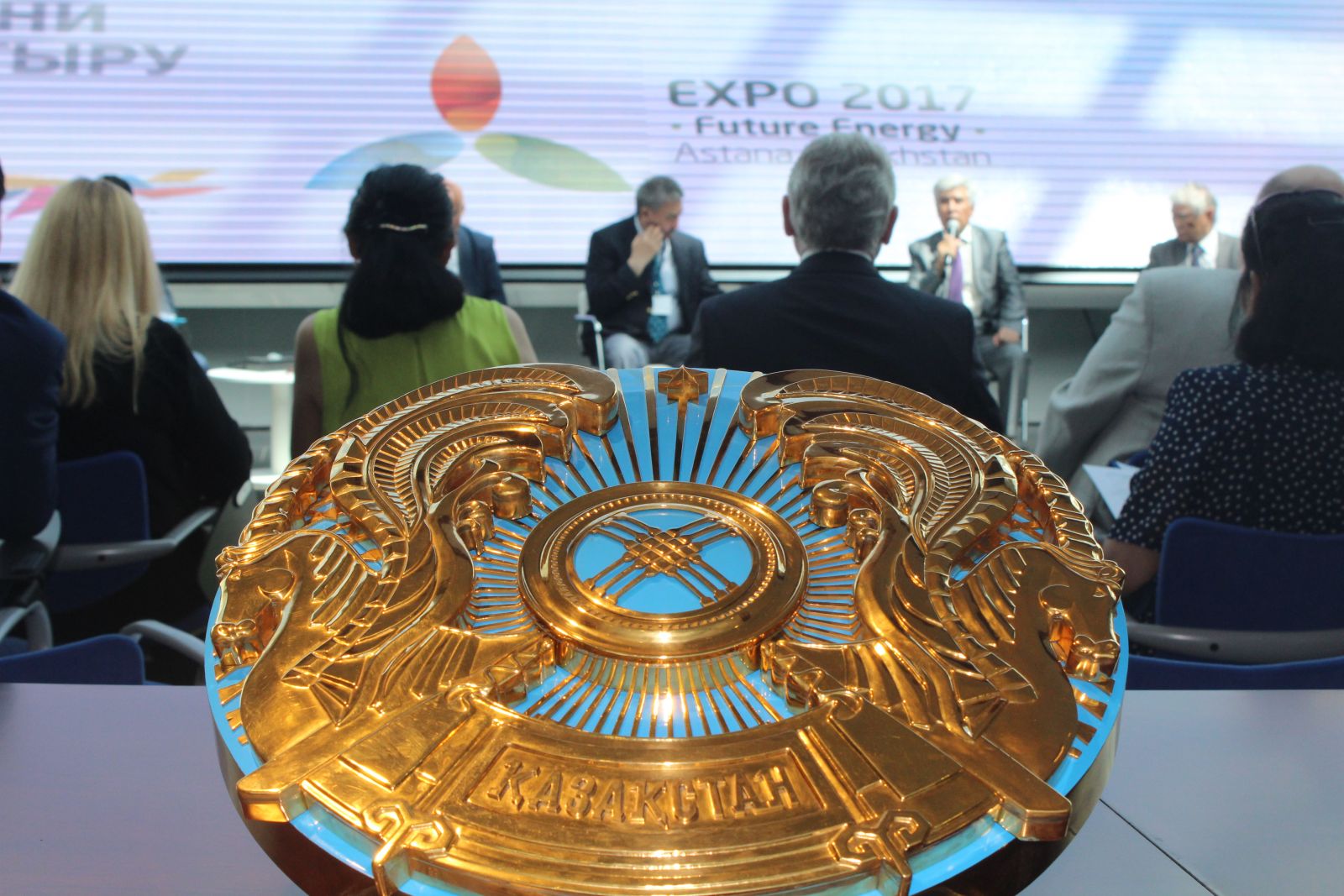 During the conference, the books "The Siberian Khanate in the Context of the Kazakh-Russian Relationship" and "Chokan Valikhanov" were also presented, under the sponsorship of the famous scientist from Kokshetau, Professor Kadyrzhan Abuov.

These works are performed in the framework of the project "Sacral Geography" and introduce new ideas and information into the scientific circulation. In particular, Professor K. Abuov presents new archival data on the life and activities of the great khans of the steppe Kuchum Shigai, Ondap and Oraz-Muhammad. 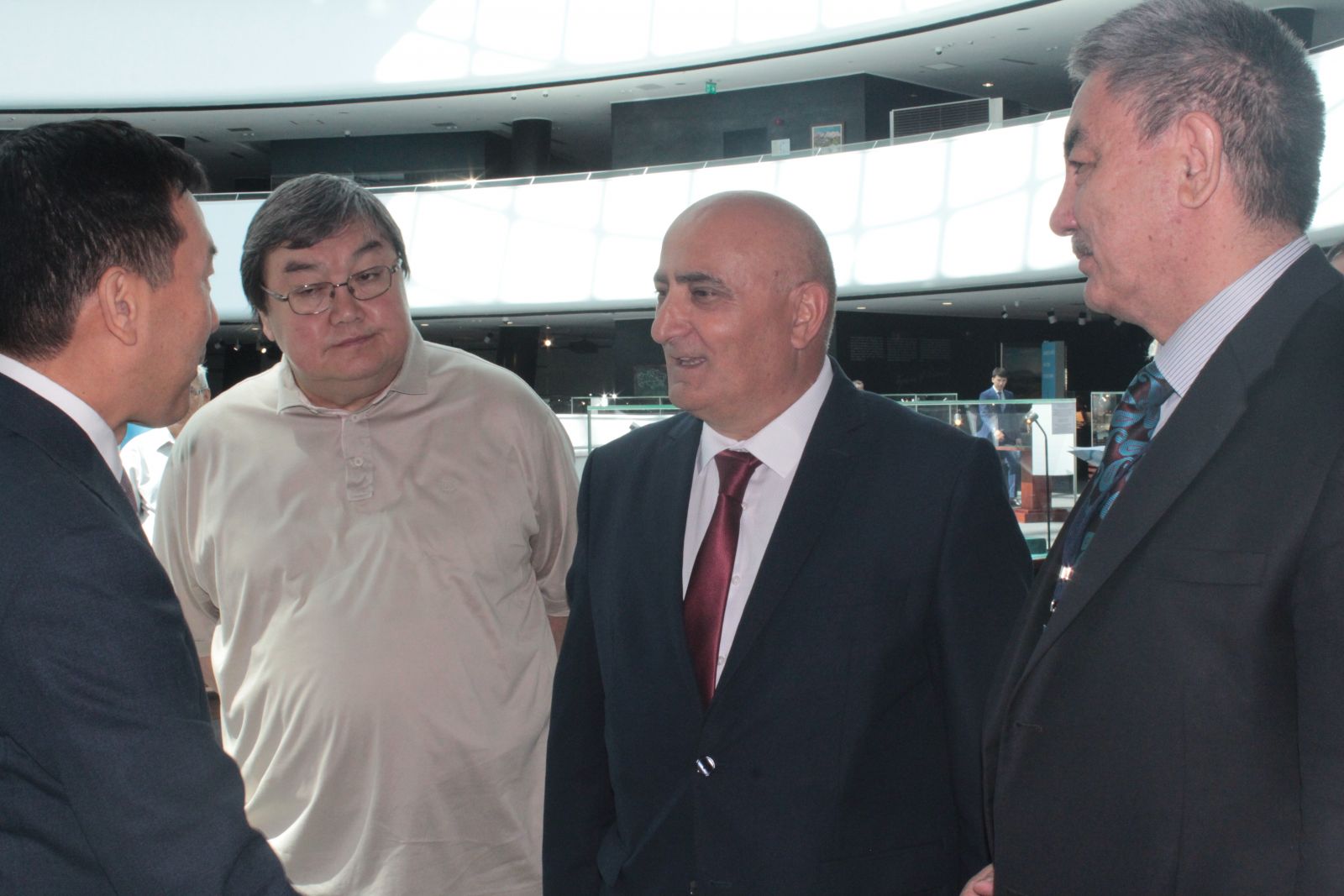 "We hope that during today's conference devoted to the discussion of the provisions of the program article of the Head of State "Looking into the future: modernization of public consciousness," we will get answers to questions about what the current historical science should do, what horizons are opened before modern history, what joint projects need to be implemented with scientists from neighboring countries," concluded B. Ayagan. 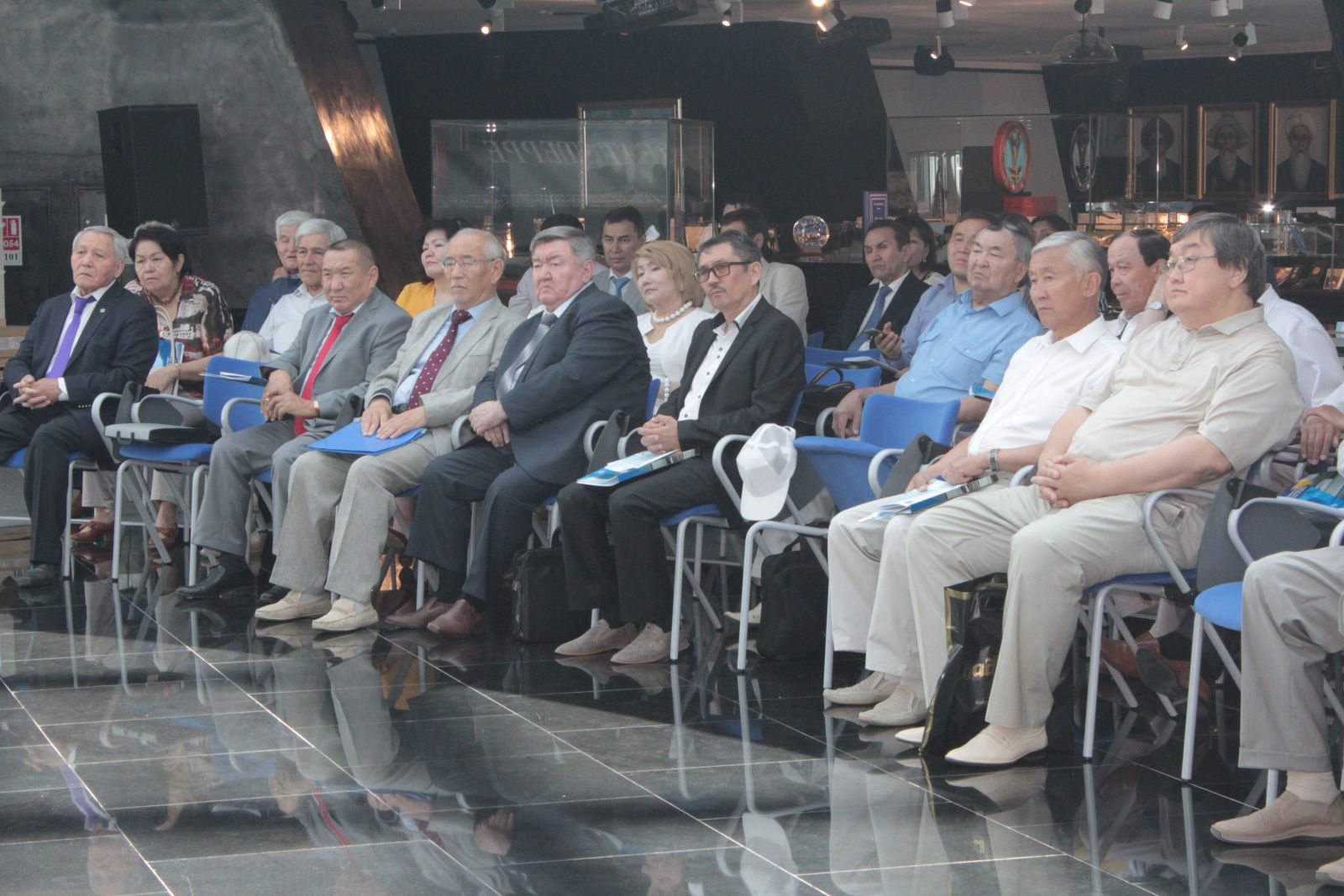 Participants of the Conference, discussing the features, significance and lessons of the centuries-old spiritual development of the Kazakh people - heirs of the Great Steppe, as well as the role of social sciences in the formation of historical continuity and historical consciousness, emphasize the urgency of the idea of ​​the First President of Kazakhstan Nursultan Nazarbayev “On the modernization of public consciousness.” 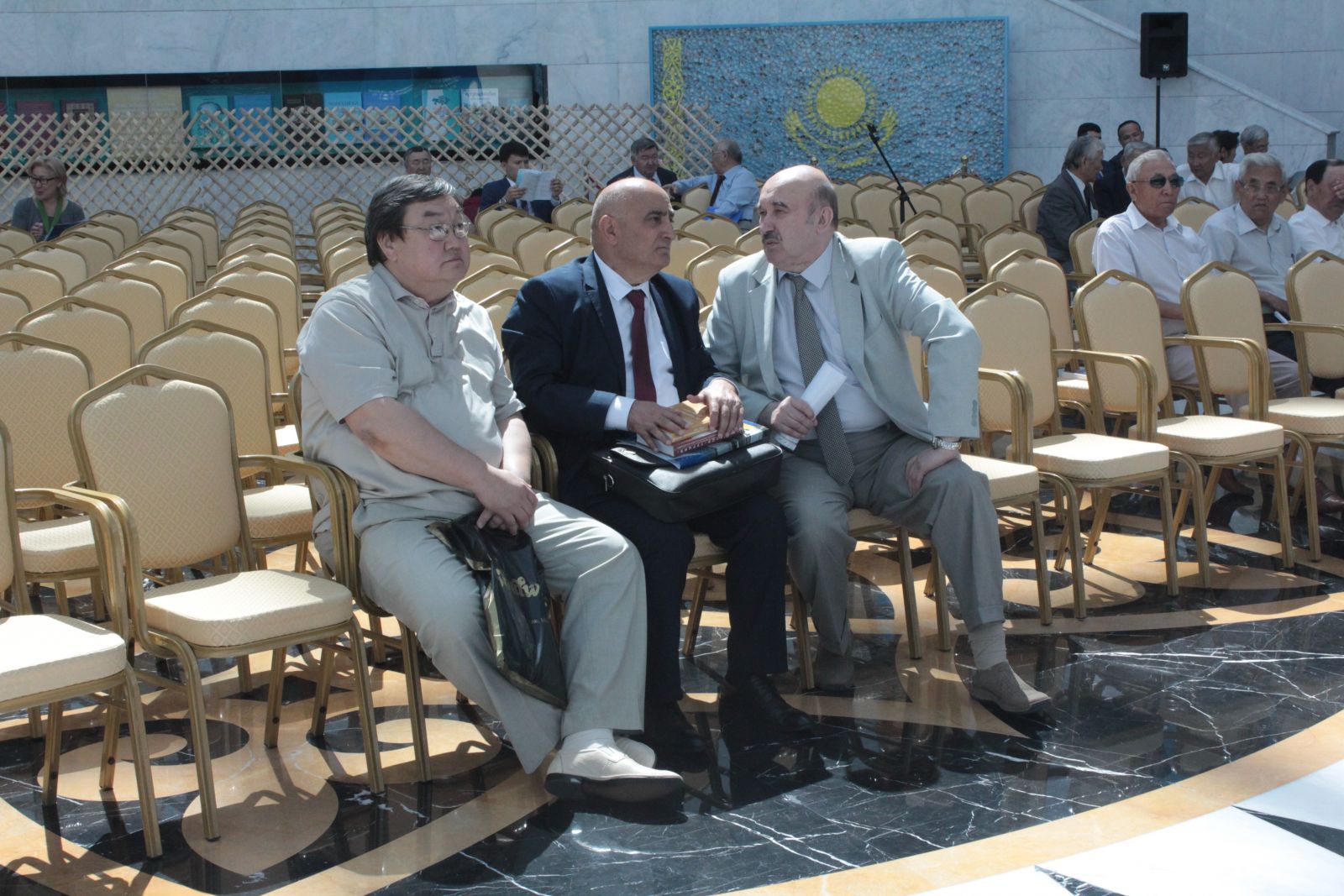 The plenary session was made by: Deputy Executive Director of the Foundation of the First President of the RK – a Leader of the Nation Sultan Aitzhanov, Deputy of Majilis of the Parliament of the Republic of Kazakhstan Abai Tasbulatov, Director of the Institute of General History of the Russian Academy of Sciences Mikhail Lipkin, Professor of the Kyrgyz-Russian Slavic University Zainiddin Kurmanov, Milli Medjilis of Azerbaijan Musa Gasimli. They touched upon in their reports the bright points of the article of the Head of State, the issues of historical research at the present stage, the problems of periodization of the history of Kazakhstan. 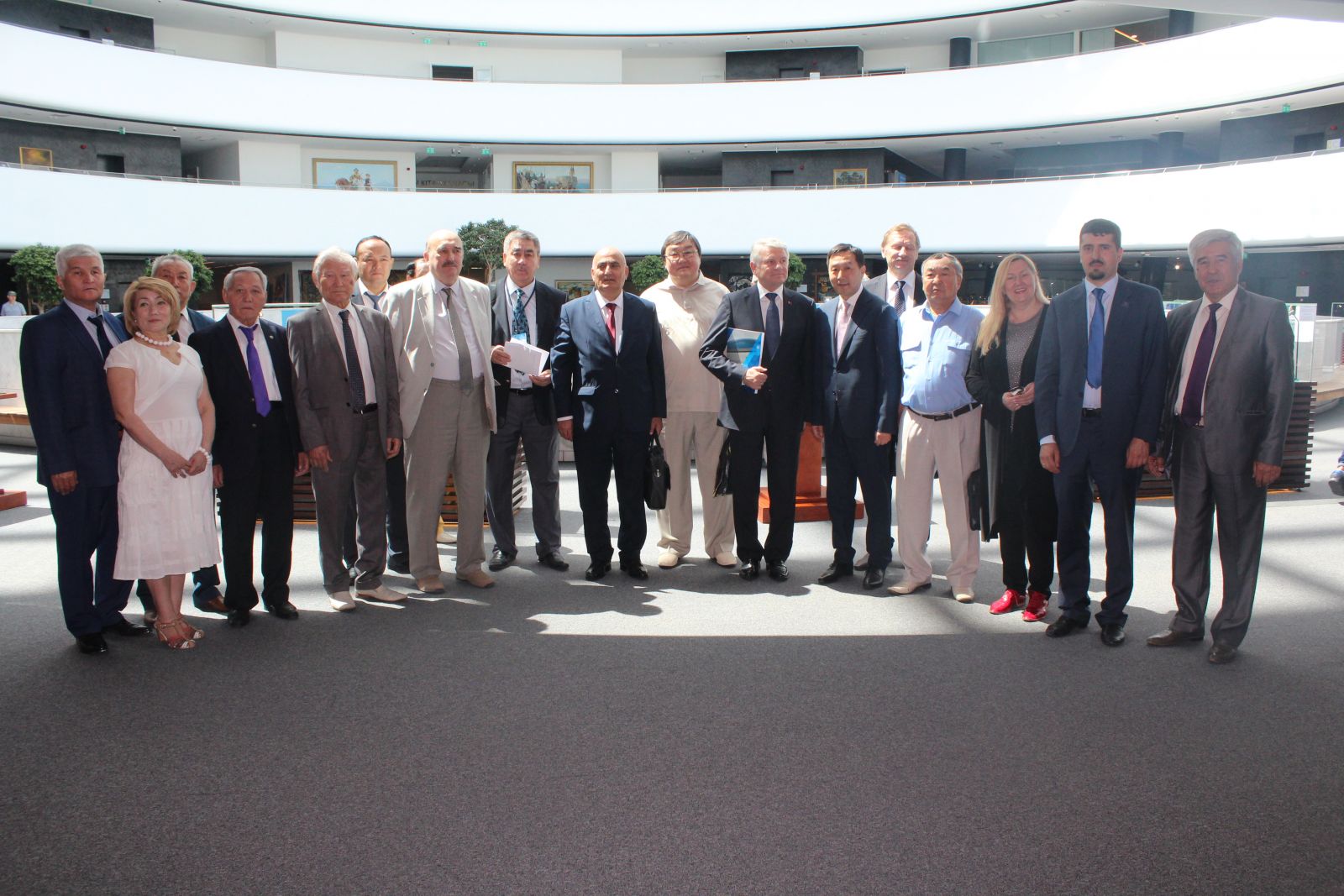 Within the framework of the conference the Institute of History of State of the Committee of Science of the Ministry of Education and Science of the RK signed bilateral agreements on scientific cooperation with the Institute of World History of the Russian Academy of Sciences and the Kyrgyz-Russian Slavic University. The parties, in particular, agreed to conduct joint long-term research activities on the study of a wide range of problems of history, historiography and auxiliary historical disciplines on the basis of reciprocity and equivalence.