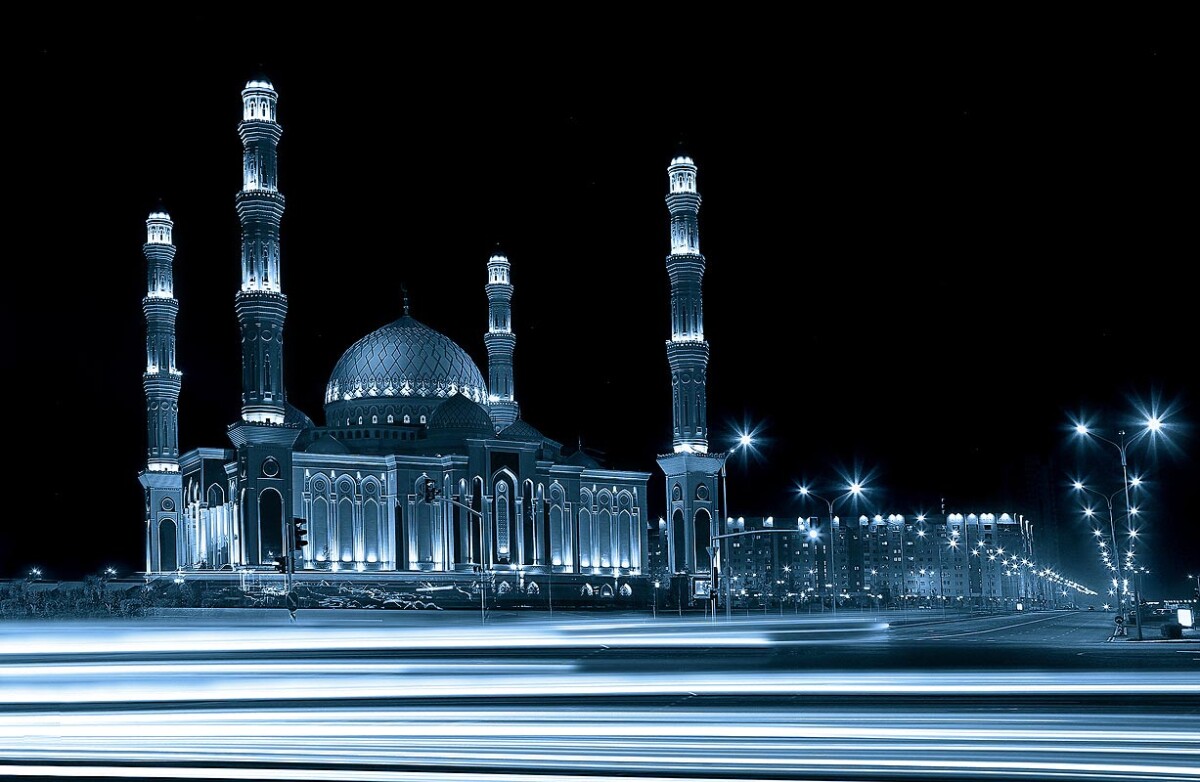 8 years ago, the President of Kazakhstan laid a memorial capsule in the foundation of the new cathedral mosque of Astana "Khazret Sultan"

The largest mosque in Central Asia is the Astana cathedral mosque "Khazret Sultan" i.e. “Holy Sultan”. The name was suggested by Nursultan Nazarbayev himself. As you know, "Khazret Sultan" is one of the epithets of the Sufi sheikh Khoja Ahmed Yasawi, the author of "Divan-i Hikmet" (XII century), who was a poet and philosopher known throughout Central Asia.

The mosque is located on the right bank of the river Esil in the north-eastern part of the city-planning ensemble, which includes the Palace of Peace and Conciliation, the Palace of Independence, the Palace of Creativity and the Museum of Archeology and Ethnography with the "Kazakh Eli" monument, in one of the priority urban areas of the capital. All personifies spiritual wealth, greatness of history and unity of the people of Kazakhstan.

On June 29, 2009, at the solemn ceremony of laying a commemorative capsule on the site of the construction of the cathedral mosque, Nazarbayev stressed that it would become one of the most beautiful architectural structures of the capital.

"The mosque is not built on public money, but on donations and sponsorship funds," he continued. In this connection, it is hoped that the Kazakh people will take an active part in this endeavor.

Before the start of the capsule laying, the chairman of the Spiritual Board of Muslims of Kazakhstan, the Supreme Mufti of the RK Absattar Kazhi Derbisali, conducted the ritual of "Bata", according to Muslim custom, a sheep was sacrificed.

As noted, the Supreme Mufti of the RK, it will be the 4th because in three mosques everyone can not fit, especially during the Muslim holidays. 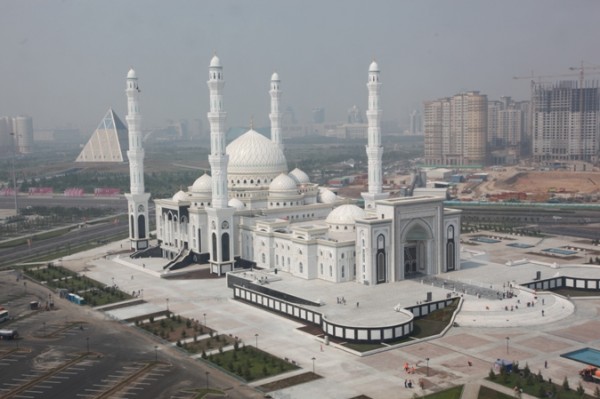 It should be noted that during construction, natural construction materials from Kazakhstani fields were used, and those materials that were not enough were imported from abroad. They strictly observed the condition - to deliver only from the same quarry. For this, the customer and the general contractor of the construction were responsible. All this was necessary in order for the walls and coatings to be of a monochromatic color.

The construction was completed in 2012, and the mosque "Khazret Sultan" was presented on July 6, as it was later noted that it became a unique object of Astana.

In the structure they adhered to the classical Islamic style, and of course, they used traditional Kazakh ornaments. The mosque accommodates 5,000 worshipers, and on holidays - up to 10,000.

At the corners are located four 77-meter high minarets. The temple is crowned by an 80-meter spire with a crescent directed strictly towards Mecca. 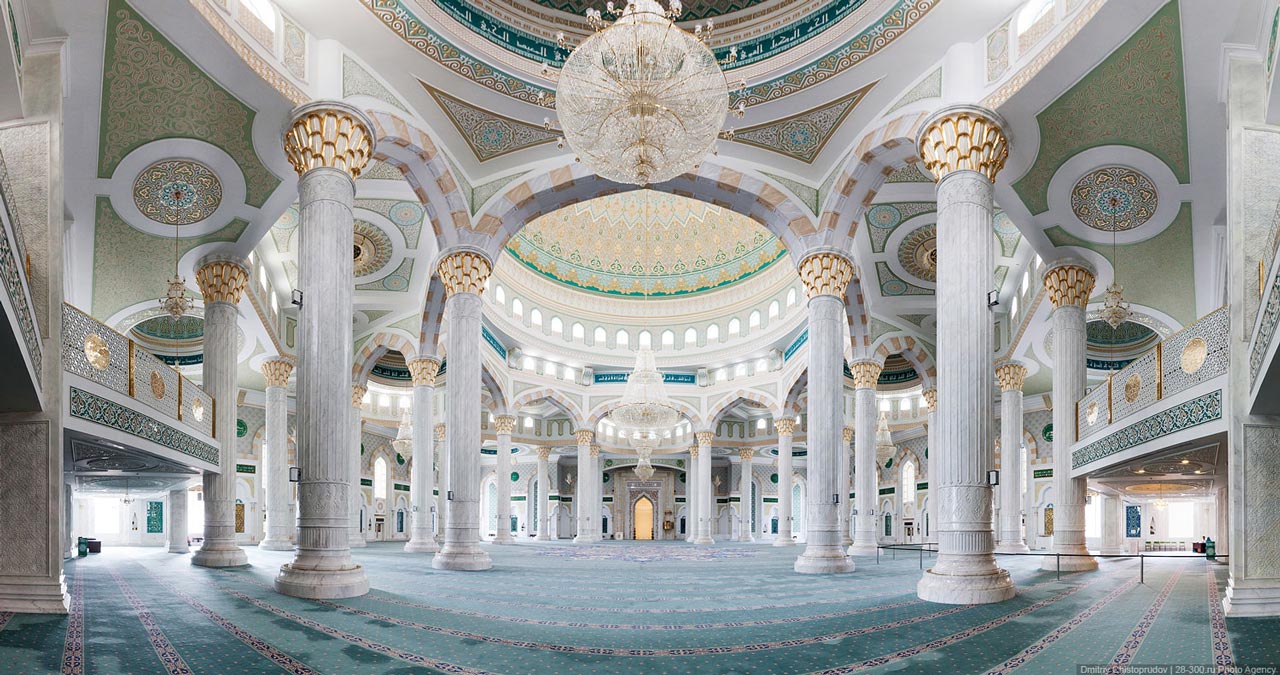 The wedding hall, dining room, ablution rooms of men and women with wardrobes are on the 1st floor. Men's prayer hall for four thousand people and a large lobby with a dressing room are on the 2nd floor. On the third floor there is a women's prayer hall for a thousand people, an office of the Imam and additional rooms of the Naib Imams. Also in the mosque there are rooms for ablution and ritual of the wedding, halls for reading the Koran and classes for educational groups.

Massive white columns, due to which the sense of monumentality of this structure is strengthened, hold the central hall. The decoration is a unique chandelier (2 tons). It was brought from Turkey.