V International Qurultay of Kazakhs will be held in Astana 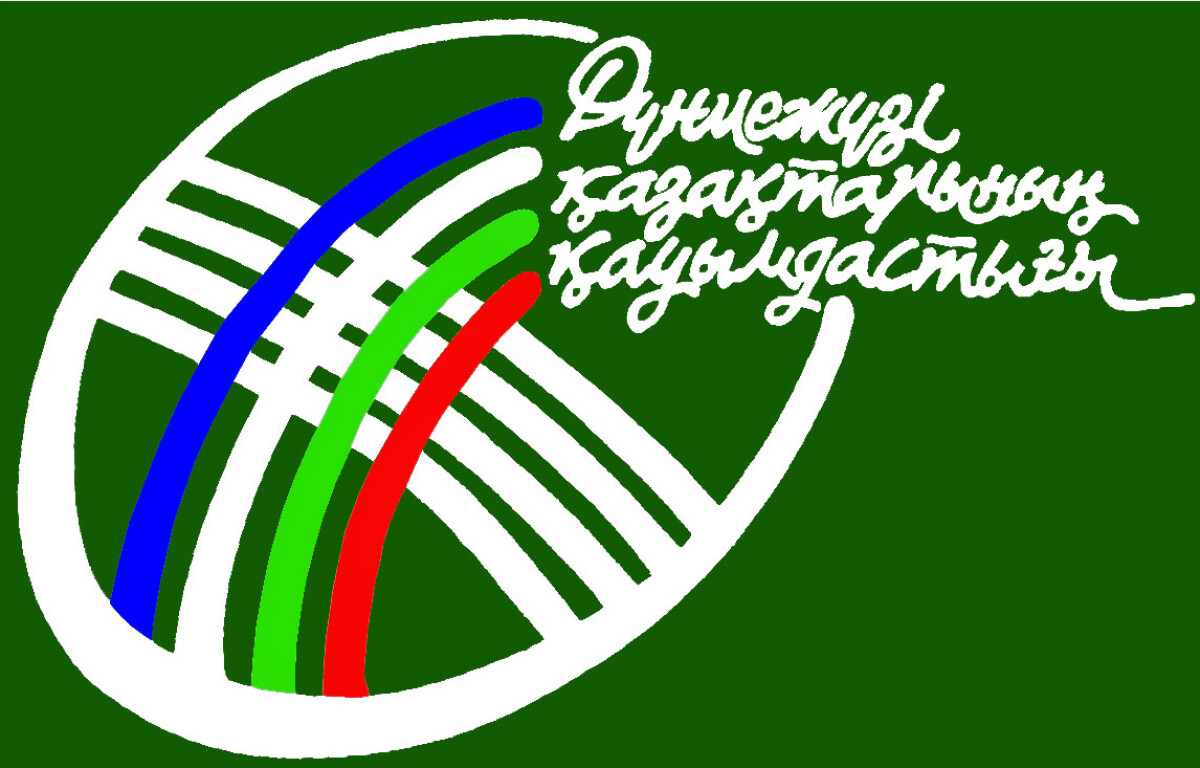 June 22-25, 2017 in Astana with the participation of the President of the Republic of Kazakhstan N. Nazarbayev within the framework of EXPO-2017 will be held V International Qurultay of Kazakhs

At the heart of the Qurultay program are the conceptual ideas of the President of the Republic of Kazakhstan, a Leader of the Nation Nursultan Nazarbayev set forth in the program article "Looking into the Future: Modernization of Public Consciousness".

International Qurultay of Kazakhs is a landmark event in the socio-political life of the country. It will demonstrate the continuity of the five Qurultay in 1992-2017, the achievements of the Republic of Kazakhstan during the period of independence, including the policy of ethnic repatriation.

Among 750 delegates and guests there are representatives of creative, scientific and pedagogical intelligentsia, business, sport, state and public organizations, and mass media.

For the first time delegates and honorable guests of Qurultay from eight countries of the world are represented. Among them: Japan, Republic of Korea, Italy, Ireland, Montenegro, Poland, Azerbaijan, and Moldova.

At Qurultay, more than 60% of delegates and guests are young people under the age of 35. It is represented by leaders of youth organizations, student associations from different countries and Kazakhstan, undergraduates and doctoral students, and young specialists.

For the first time in the framework of the Qurultay, the Forum of Leaders of the Kazakh Youth of the World is held on the theme "Youth supports spiritual revival" with the support of the "Nur Otan" party.

Among the foreign delegates are the deputy of the Parliament of the Republic of Moldova, political scientist Bogdan Kaidarovich Tsirdya (Kikbayev), the deputy governor on social policy of the Tomsk region of the Russian Federation Chingis Akatayev, the head of the Turatin region of the Altai Republic Amanzhol Saharyanov, the deputy of the Legislative Assembly of the Omsk region of the sixth convocation Nurlan Kartabayev, Deputy of the Orsk City Council of the Orenburg region of the Russian Federation Kurmambay Kumakbayev, rector of the Institute of Regional Economics and Law Irlan Iskakov from St. Petersburg, member of Council of the Assembly of People of Kyrgyzstan Erkin Bulekbayev, famous historian of history of Alash-Orda, corresponding member of the Russian Academy of Natural Sciences, doctor of historical sciences Dina Kiseleva (Amanzholova) from Moscow, author of monographs on ethnography and material culture of Kazakhs of Western Siberia, associate professor Sholpan Akhmetova from Omsk, Translator of Abai’s poems Abdulla Rustamov, author of the documentary, famous journalist Kalil Kabdulvahitov from Tyumen.

Vice-president of the Academy of agricultural sciences Agypar Bakey, head of the district court in Karakalpakstan - Bauyrzhan Yermekbayev, head of the "History of Kazakhstan and the Kazakh language" at the Center for Central Asia Studies at the University of Humboldt (Germany) Gulsim Masakova from Berlin.

Among the delegates is the grandson of the Kazakh public figure, deputy of the Second State Duma of Russia, one of the leaders of Alash Orda, the first Kazakh railway engineer, active participant in the design and construction of the Turkestan-Siberian railway Mukhamedzhan Tynyshpayev, doctor of philosophy in the field of metal science Askar Sheikh-Ali from Canada, the sons of the learned theologian Khalifa Altai from France and Kazakhstan, the director of the college from Turkey Oztopyrak Suleiman, the directors and teachers of schools with the Kazakh language of instruction from Uzbekistan, Mongolia, The Omsk region of Russia, the USA (Houston, Texas), the director of the Kazakh museums of Mongolia, the Republic of Altai of the Russian Federation, the Kazakh drama theater named after M. Kurmankhan from the Bayan-Olgiy region of Mongolia, the author of the first Kazakh program on Mongolian television, the Taekwondo champion from Turkey, the first female engineer from the Kazakh Diaspora of Iran from the city of Sari.

Many of the delegates are recognized public figures of foreign countries in the field of propagation and preservation of the Kazakh language, culture and traditions, intangible cultural heritage of the Kazakh people, gender movement.

In the work of Qurultay, the elders of the Kazakh ethno-cultural movement of Germany, France, Uzbekistan, and Russia will also take part. Among them, Abdrakhman Chetin from Cologne, Chairman of the Council of Elders Abdulsamet Altai from Paris, Tashbulat Babazhanov from Tashkent, President of the Kazakh Society of the Leningrad Region and the city of St. Petersburg Sarsengali Kuspanov.

Among the delegates of Qurultay are famous journalists, editors and editors-in-chief, translators, mass media (newspapers, magazines, television, radio) from Mongolia, Kyrgyzstan, Russia and for the first time Turkey.

For the first time among the guests of honor of the Qurultay - Deputy of Secretary-General of Turkic-speaking states (Turkic Council) Cooperation Council Omer Kozhaman from Turkey, Secretary General of the international organization "TURKSOY" Duysen Kasseinov, chairman of the State Committee on work with foreign Azerbaijanis Nazim Ibragimov from Baku, president of the Association of Kazakhstan in France Berlin Irishev from Paris, chairman of the World Congress of Mongols, in the rank of Ambassador of Mongolia, Dagva Tsakhilgaan from Ulan Bator. From Dushanbe will participate Absattor Nuraliyev, Doctor of Philology, Professor of the Russian-Tajik (Slavonic) University, author of a scientific monograph on the history of Kazakhs of Tajikistan (2016), graduate of the KazNU named after Al-Farabi.

Deputies of the Senate and Majilis of the Parliament of the Republic of Kazakhstan, heads of ministries and departments, leaders and activists of various parties, social movements, national and cultural centers of Kazakhstan will take part in the work of Qurultay. A large representation is expected from the People's Democratic Party "Nur Otan".

Foreign delegates of Qurultay are united by a passionate desire to get acquainted with the achievements of their historical homeland - Kazakhstan, which has great authority in the world thanks to a Leader of the Nation, the Chairman of the World Association of Kazakhs Nursultan Nazarbayev.

The main activities of Qurultay

One of the main features of Qurultay is also a unique cultural and mass program aimed at popularization of art and national traditions of Kazakhs.

June 22, Akimat of Astana city organizes excursions to the capital and in the list of attractions - National Museum of the RK, the Great Mosque of Hazret Sultan, and Library of First President of the Republic of Kazakhstan - Elbasy etc.

On the same day the delegates and guests will lay flowers to the monument "Kazakh Eli", will visit Ethno-aul and the opera "Kyz Zhibek" by Brussilovsky from the gold fund of national music culture in the State Opera and Ballet Theater "Astana Opera", founded on the initiative of President Nursultan Nazarbayev.

June 23 at the Palace of Independence with the participation of N. Nazarbayev – a Leader of the Nation, the Chairman of the World Association of Kazakhs will be held the grand opening of Qurultay. After lunch delegates and guests will get acquainted with the international exhibition EXPO-2017. In the evening, a solemn reception of foreign guests on behalf of the President of the Republic of Kazakhstan will be held in the Saltanat Saray Palace.

June 24 (Saturday), five ministries will hold "round tables" for foreign delegates of Qurultay. For the first time, the Ministry of Health of the Republic of Kazakhstan holds a meeting with the foreign Kazakh Diaspora.

In the afternoon, on June 24, two important events will take place simultaneously: the International Scientific and Practical Conference "Khalifa Altai and the Returned History" at the National Academic Library dedicated to the 100th anniversary of the birth of the famous theologian, and for the first time in the history of the five Qurultay - Leaders Forum of Kazakh youth of the world "Youth supports spiritual revival" together with the party "Nur Otan".

The recommendations of the round tables, the conference and the youth forum will be sent to the Administration of the President of the Republic of Kazakhstan, the World Association of Kazakhs and foreign Kazakh cultural centers.

The departure of Qurultay guests from Kazakhstan is scheduled for June 25.

The traditional patronage of ministries and departments over the program activities of Qurultay has been organized.

The Qurultay which dates back to 1992 has become a unique platform for the meeting and dialogue of ethnic Kazakhs living in different parts of the globe.

The Qurultay will allow a new look and enrich the national history, culture and traditions of the Kazakh people. It will also provide new opportunities for motivating the voluntary resettlement of compatriots to Kazakhstan.

This important event will help the state bodies responsible for migration policy to delve deeper into the problems of the immigrants' adaptation in their historical homeland, the issues of resettlement of ethnic Kazakhs, and make adjustments to legislation on migration, education, dictated by time.