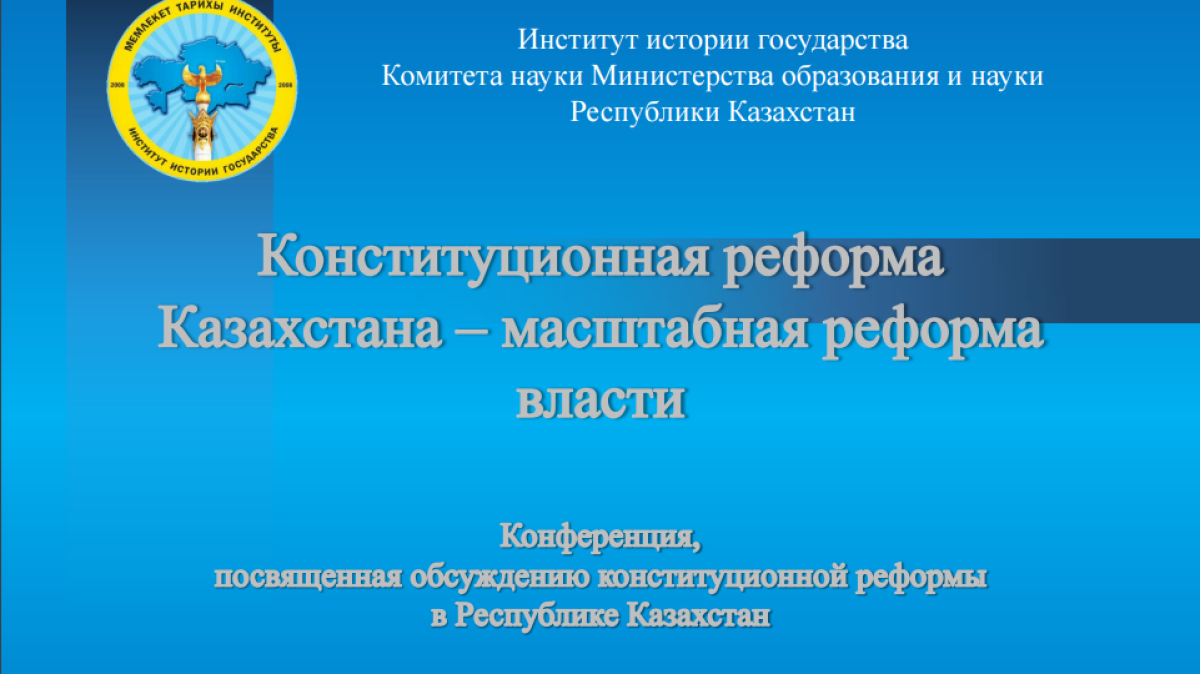 Constitutional reform is moving along its trajectory, capturing in its orbit primarily scientists. Recently, the Institute of History of State held a conference on this topic

The Institute of History of State held a conference "Constitutional reform of Kazakhstan - a large-scale reform of power." As the moderator of the event A.N. Kashkinbayev, the conference is held to discuss the reasons and urgency of introducing amendments and additions to the Constitution of the Republic of Kazakhstan, the need for constitutional measures for redistribution of powers between branches of state power, responsibility of the Parliament and the Government of the Republic.

At the conference, the essence and urgency of carrying out the constitutional reform in the Republic of Kazakhstan, the position of Kazakhstan in the conditions of global destabilization, state power and the authority of the President were discussed. 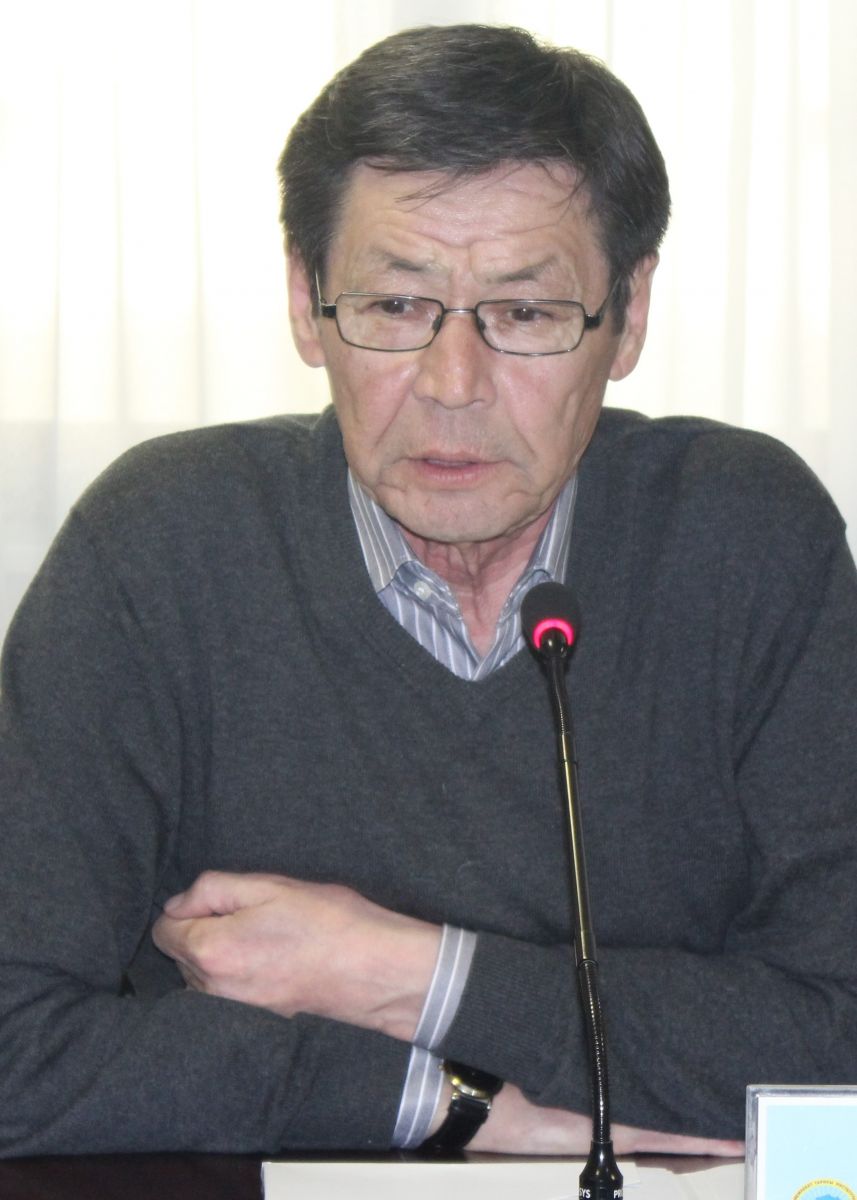 The issue of the distribution of powers between branches of state power and their balance was examined in detail by the jurist E.K. Nurpeissov.

He recalled that when the institution of the presidency was introduced, the well-known lawyer Salyk Zimanov warned that the presidential power could turn into an authoritarian one. All executive power, law enforcement agencies were under the control of the President. He could dissolve the Parliament and the Government.

Now we observe that the time of tough crisis management has passed. There are no internal reasons for the crisis. Religious and ethnic contradictions have waned. The time has come for the liberalization of presidential power.

More than 600 proposals were submitted for discussion of the draft constitutional amendments.

In this case, many more legal nuances require further development, for example, the appointment of akim. The appointment procedure as such has not yet been developed. The President arrives, represents the akim to the maslikhat, proposes his candidacy, taking into account all the merits, and the deputies unanimously vote "for". Nobody expresses doubts; no one votes against, there is not even an alternative figure. These issues need to be improved, E.K. Nurpeissov believes. 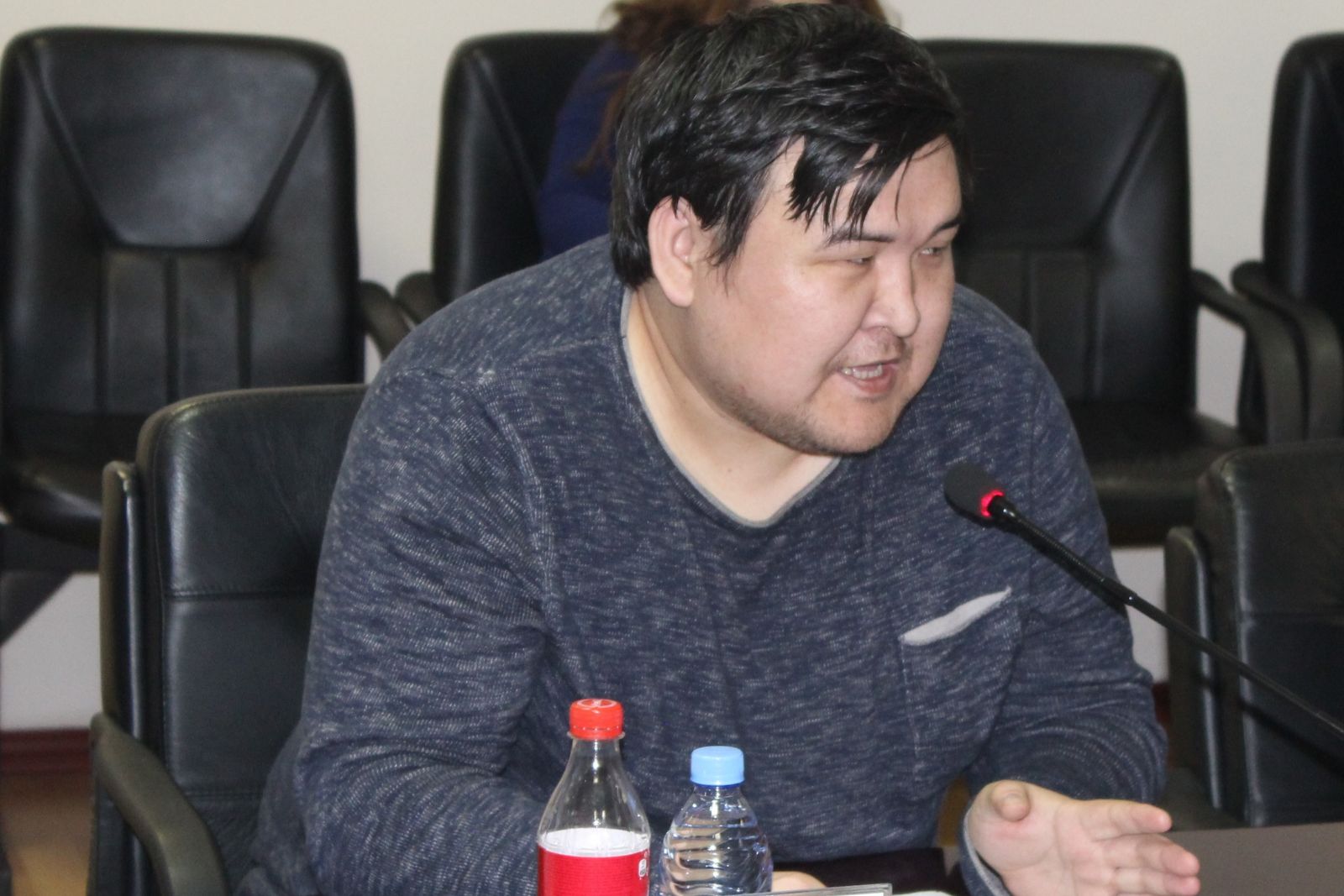 The young scientist Zhaksylyk Sabitov drew attention to those items that did not participate in the project and discussion. In the draft Constitution on article 26 there were 2 points. On the 1st point everything is clear, and on the second, its discussion was rejected, in principle, from the public opinion. But the second point is also very important.

Zh. Sabitov turned to the theory. In the West, at one time a scientific trend emerged at the junction of the three sciences of jurisprudence, political science and economics, a new school of political economists or institutional economists, namely J. Robinson, Daron Ajemoglu, who drew attention to how all political and economic institutions are related to each other and how they influence each other. Their scientific work “Why Nations Fail” (2012) became a bestseller and topped the tops and ratings. They simply showed how political institutions established by the state can influence the political system, economic growth and society as a whole. Legal and political institutions, in their opinion, are of two types: inclusive and extravagant. Inclusive contribute to economic growth, disclosure of the resource potential and self-realization of the state. And the extras are aimed at conservative preservation of previous institutions.

So, when we talk about such a concept as private property and its inviolability, this is the point that was not adopted, this rule and this institution is one of the key inclusive institutions. Indeed, if private property is considered inviolable and can not be withdrawn in any way, even if a person has committed some serious crimes, it contributes to greater economic growth and stability of the political system.

Sabitov gave such an example from his practice.

In Germany, after the end of World War II, all property of Hitler went to his relatives.

In the USSR, perhaps, it would be confiscated completely in favor of the state. This is the principle that even such a not-so-good person as Hitler did not take away private property, but transferred it to his heirs, is the institution that stabilizes the political and economic system. That is, the inviolability of private property is the guarantee that the state will be very strong.

In addition, Ajemoglu and Robinson show how seemingly similar in their weight enterprises differ in capitalization. Why is this happening? Because in the American system, private property is inviolable and when there is a change in political power, there is no risk of losing property. In the countries of the post-Soviet space, there is always a reason to confiscate property, so this property loses tens of times in capitalization.

Thus, if this item were introduced into the Constitution, this would make Kazakhstan more profitable.

First, GDP would increase, because political risks would decrease and property would become more capitalized, that is, its value would grow at times. My thesis of the speech is that the paragraph 2 of Art. 26 - key to economic growth and political stability in the state. It should be taken and this is one of the shortcomings of the constitutional reform. 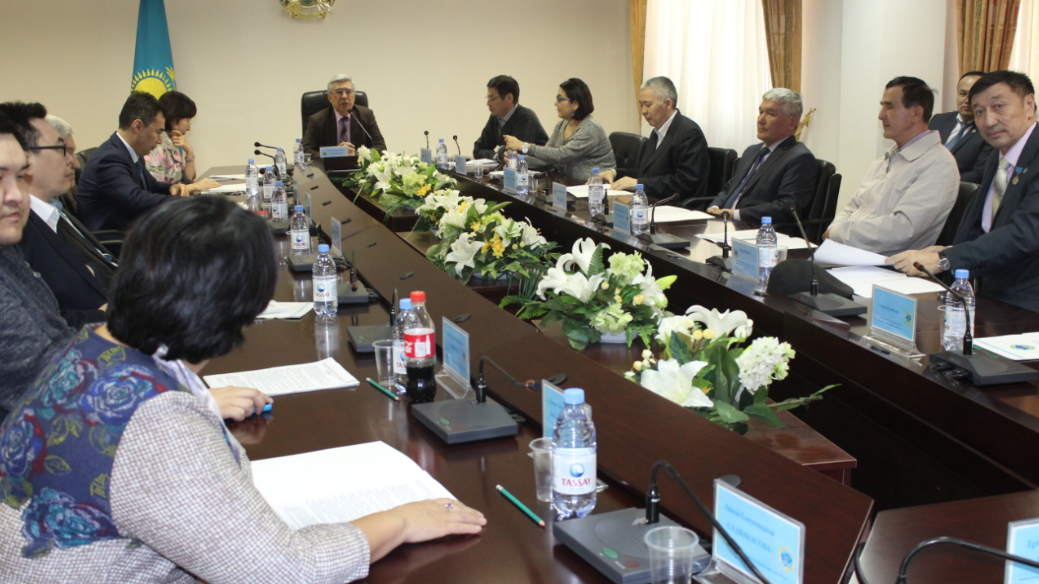 Ziyabek Kabuldinov noted the correctness of the president's policy of redistributing the powers of the authorities. In the history of the Kazakh people there were no examples of one-man rule. The people knew the steppe law, respected customs and traditions, and always in case of violation of the laws did not fear telling the ruler about this. Great value played court of biys, where people addressed for the decision of difficult questions. The judicial power was honest and objective. Having gained independence in 1991 Kazakhstan faced serious difficulties in the economy and society. To overcome them, the powers of the President were expanded. It was a forced, but necessary, measure at that time.

The conference was attended by researchers from the Institute of History of State, scientists, public figures and representatives of the intelligentsia.