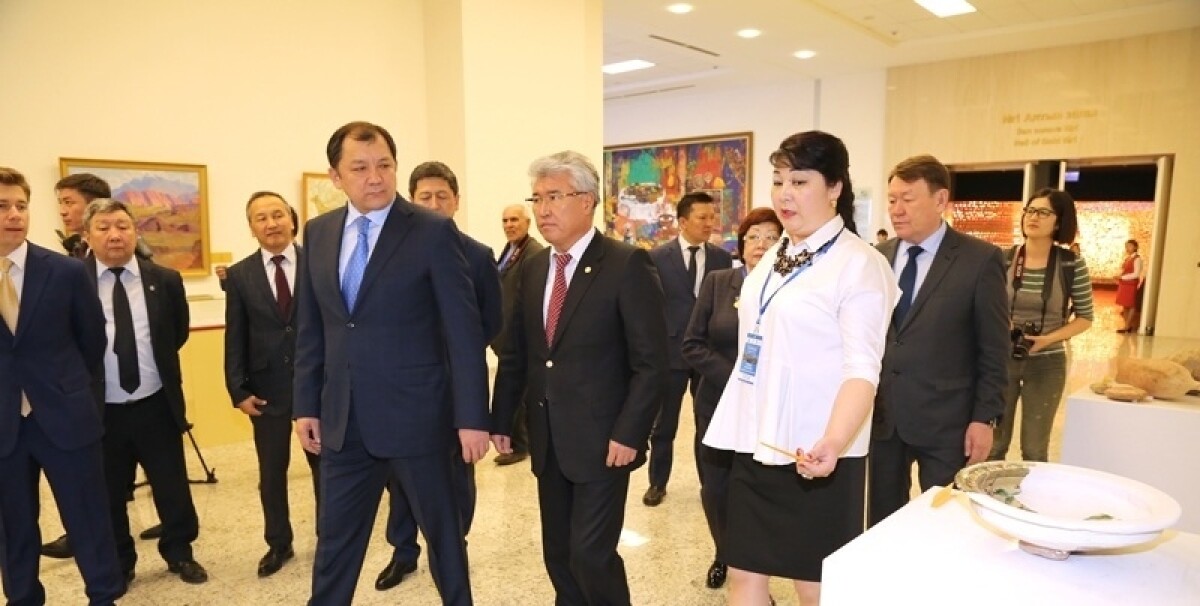 The importance of this event was noted by the Minister of Culture and Sports Arystanbek Mukhamediuly and the Akim of Atyrau Oblast Nurlan Nogaev.

The Ministry of Culture and Sports of the Republic of Kazakhstan initiated a scientific discussion and holding of the International Scientific and Practical Conference "Sarayshyq: History of the Great City" in Kazakhstan together with the Akimat of Atyrau Oblast following the recent exit meeting in Atyrau. The conference organizers intend to draw the attention of a wide range of highly qualified domestic and foreign scientists to the problem of restoration and conservation of the ancient settlement. 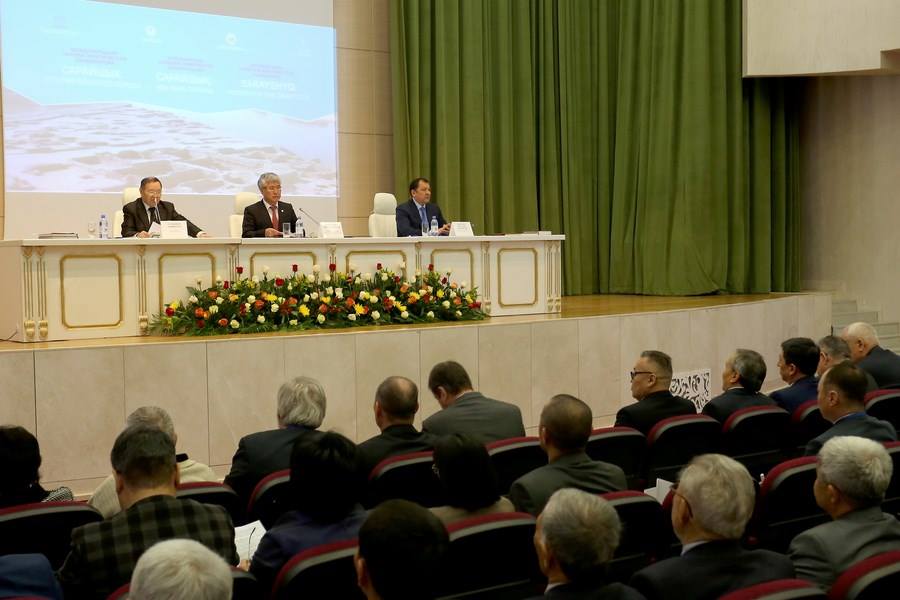 To date, the fortress of Sarayshyq, which is heavily influenced by natural, climatic and anthropogenic influences, is of great concern to the ministry, the akimat, the public and scientists. According to the passport, the monument has an area of ​​more than 100 hectares, but each year the area of ​​the territory decreases under the influence of the river Zhaiyk, which erodes the bank on which the monument is located. At present, most of the fortress is destroyed by river floods.

Opening the scientific conference, Arystanbek Mukhamediuly noted that according to the results of archaeological research in Sarayshyq, a rich material was obtained, confirming that during the Middle Ages the city was an important trade and cultural center on the Silk Road and its roads connecting the medieval civilizations of the East and the West. The significance of Sarayshyq has always been emphasized by the existence here of the pantheon of the Khans of the Golden Horde and the Kazakh Khanate, the burial of famous people and Muslim preachers.

"To date, because of the impact of natural and climatic and anthropogenic factors, the state of the fortress worries us all," the head of the Ministry of Culture said. "In this regard, the state bodies and organizations, scientists and other interested parties responsible for preserving the unique monument should together make efforts and preserve this unique ancient city for future generations." 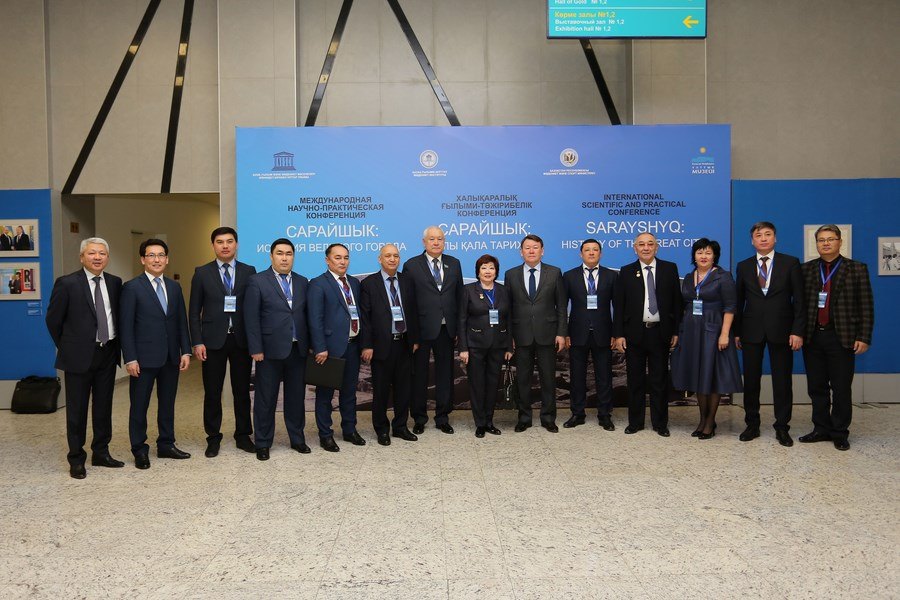 He also said that the Ministry of Culture and Sports of the Republic of Kazakhstan in 2015 developed design and estimate works for the restoration and conservation of the city of Sarayshyq. In the current year, it is planned to carry out conservation work on the site of the ancient settlement. The work in this direction will be continued in the next few years.

At the conference, scientists came to the conclusion that it was necessary first of all to complete the work on strengthening the bank of the Zhaiyk River, to continue work on archaeological excavations, and only after that to unite all joint resources for the conservation of the site of the ancient settlement.

In the opinion of domestic scientists, the preservation of the Sarayshyq settlement will increase the tourist attractiveness of our country. To do this, we must turn the monument into an open-air museum, develop the tourist infrastructure of the area, and improve the activities of the regional museum-reserve "Khan Ordaly Sarayshyq." 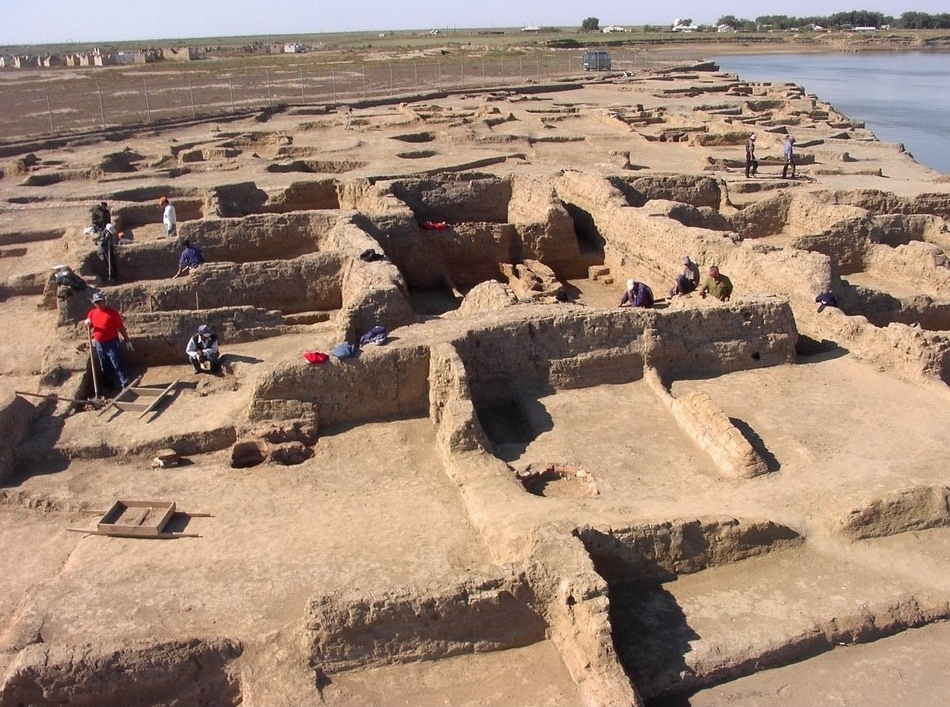 Within the framework of the conference an exhibition dedicated to the history of the Sarayshyq settlement was organized. The exhibition features unique archaeological finds, paintings and other artifacts found during the scientific research of the ancient settlement.

The ancient settlement of Sarayshyq (Sarayjuk) is officially dated to the 13th-16th centuries. It is located on the right bank of the river Zhaiyk, 55 km from the modern city of Atyrau.

Based on the results of archaeological research of Sarayshyq, was received rich material confirming that during the Middle Ages the city was an important trade and cultural center on the Silk Road and its roads connecting the medieval civilizations of the East and the West. This is evidenced by the numerous objects of everyday life discovered during the excavation: ceramic items decorated with various texts of Arabic script, as well as fragments of Trebizond and Crimean amphorae, fragments of bowls made of Chinese porcelain, as well as a large number of articles made of bone, iron and bronze.

The rich numismatic material testifies to the development of active trade in this city. In the course of archaeological research, the remaining outskirts of the ancient settlement were excavated, where the remains of urban housing, public baths, and public buildings like "Khan" were revealed. 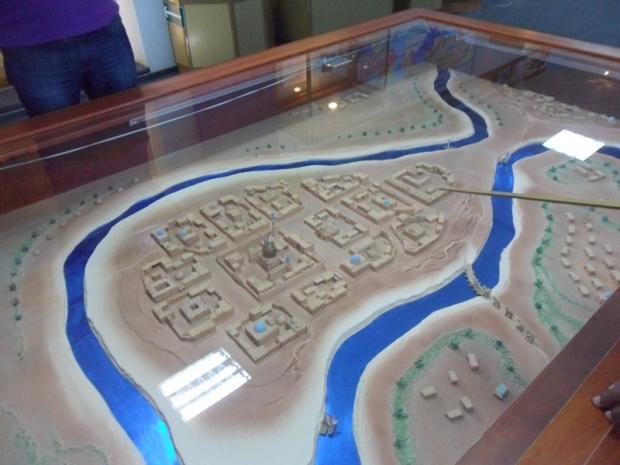 According to many researchers, the settlement of Sarayshyq was built on the site of the medieval city of Saksim, mentioned by Arab sources in the ХІ century.

In the XIII - XIV centuries the settlement became widely known, in the Arab-Persian sources Sarayshyq is repeatedly mentioned as a major city shopping center of the Golden Horde on a caravan route from Europe to Central Asia and China.

In 1395, Sarayshyq was destroyed by the troops of Timur, as well as most other Golden Horde cities. However, in the XV century it was reborn and became the residence of the khans of the Nogai horde, and existed until the end of the XVI century. In 1580 the city was defeated by Russian Cossacks and came to the final desolation.

In the XIV century Sarayshyq was a fairly significant and influential city on the Silk Road. Even on the preserved peripheral part of the city in the early 2000s, a palace estate was discovered.

According to sources, Sarayshyq in the Nogai period (16th century) was a fortified city, surrounded on all sides by walls. The remains of the fortifications were preserved until the middle of the 19th century. Visited here in 1824, the historian A.I. Levshin evidently saw the main entrance to the fortress, marked by two triangular bastions. The fortress had a rectangular shape. In the central part, closer to the West (towards the Sorochinka River) is a hill with the remains of the surrounding walls. The old Cossacks in the early XX century recalled that on the south side of this elevation there was once a tower of burnt brick, from which now there is not a trace left.

Currently, most of the ancient settlement is destroyed by the floods of the Zhaiyk River (Ural), as well as by the modern Muslim cemetery, new burials of which are arranged on the surface of the ancient necropolis. The flooding of the city's territory, judging by archaeological excavations, occurred already in the Middle Ages.