Perpetuated images of Coryphaeus of Kazakhstan 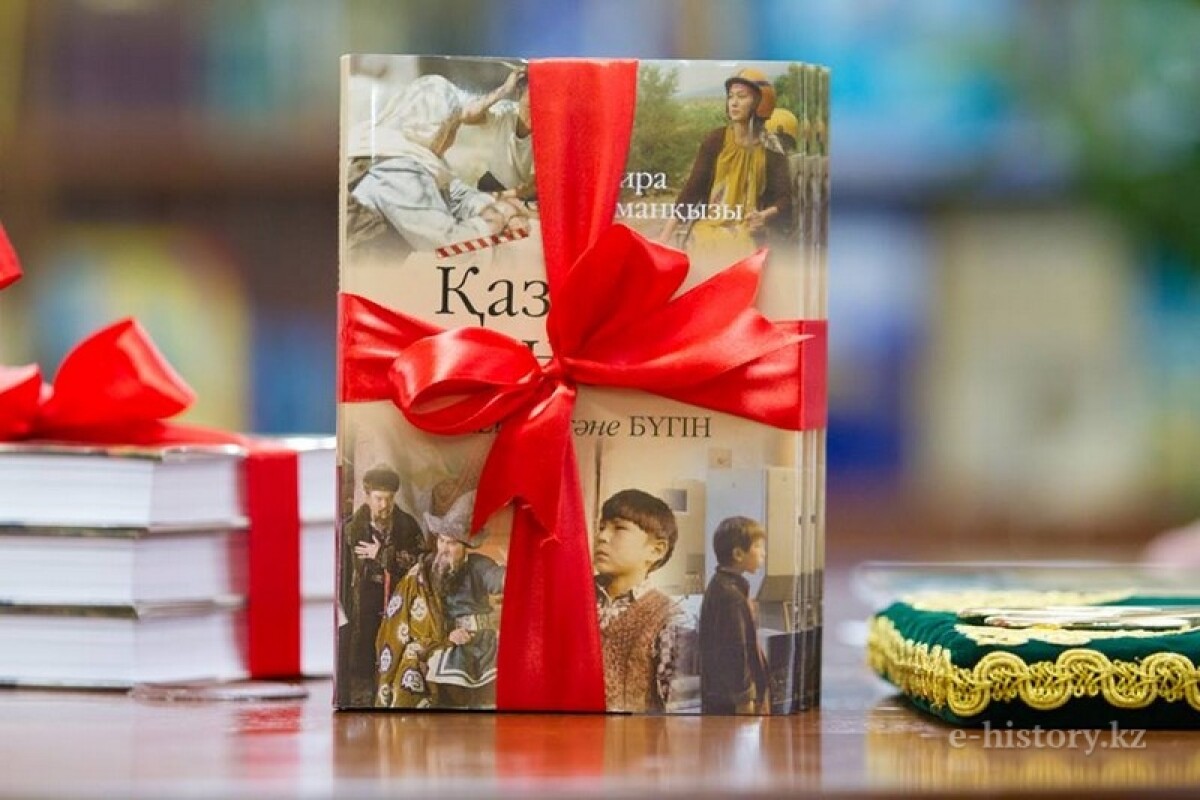 Today in the National Academic Library of the Republic of Kazakhstan there was a presentation of the book "Kazakh Cinema: Today and Yesterday" by the famous film critic Nazira Rakhmankyzy

In the work "Kazakh Cinema: Today and Yesterday", studies, articles, reviews and interviews dedicated to the 25th anniversary of the Independence of the Republic of Kazakhstan were used. Persons who revealed the history and fate of national cinematography were published in the "Foliant" publishing house in Astana. The author of the book Nazira Rakhmankyzy Mukysheva is known in the country as a qualified specialist who knows the history, theory and criticism of cinema.

The book was published in 1000 copies. The basic composition of the book "Kazakh cinema: today and yesterday" consists of four sections: "Time and Kazakh cinema", "Kazakh cinema: most of all requests", "Time. Cinema. Personality" and "Cinema - the mirror of life". Studies, articles, reviews and interviews that have entered these sections tell us about Kazakh documentary, feature films, screenplays, youth films, film festivals and current events in cinema. 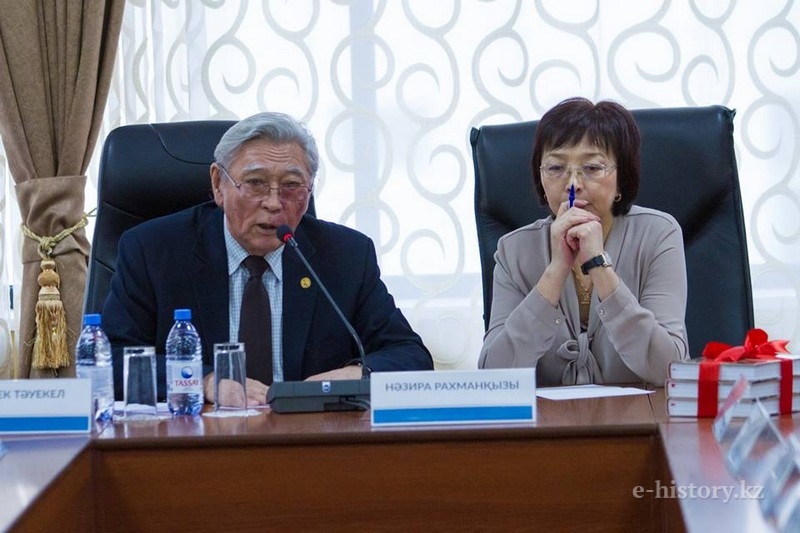 The presentation of the book was attended by famous personalities of the Kazakh film industry: People's Artist T. Temenov, filmmaker S. Tashanov, actors K. Nurlanov, E. Malayev, K. Kystykbayev, E. Nurymbet and many other specialists, film scholars, teachers and students of the Kazakh National University of Arts. The moderator was the director of the feature film "Batyr Bayan" Slambek Tauekel.

"In the modern world, writing a book is not so easy. Not everyone can write a book. The person who wrote the book is already a hero. Today I want to express our gratitude to Nazira Rakhmankyzy who presented us a book about the life and history of Kazakh cinema and about historical personalities," 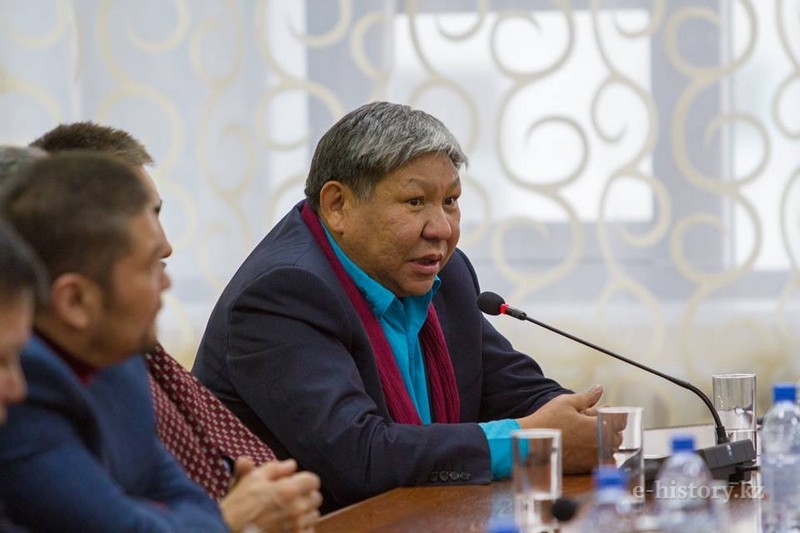 The first section of the book "Time and Kazakh cinema" contained such topics as "Shock and Cher": scripts and film", "Prose and films of S. Narymbetov", "The image of elderly people in Kazakh cinema", "image of father", "image of the people", "image of the wolf", "The artistic struggle in the films of Sh. Aimanov", "The cinematographic nature in the prose of A. Tarazi", "The Kazakh professional cinema theory", "the folk form in the films of O. Abishev". The actor of many films and the director of the film "Koshpendiler" Talgat Temenov in his speech said that the theory of Kazakh films is written in understandable language and is glad that a book that has a demand in modern society has come out. 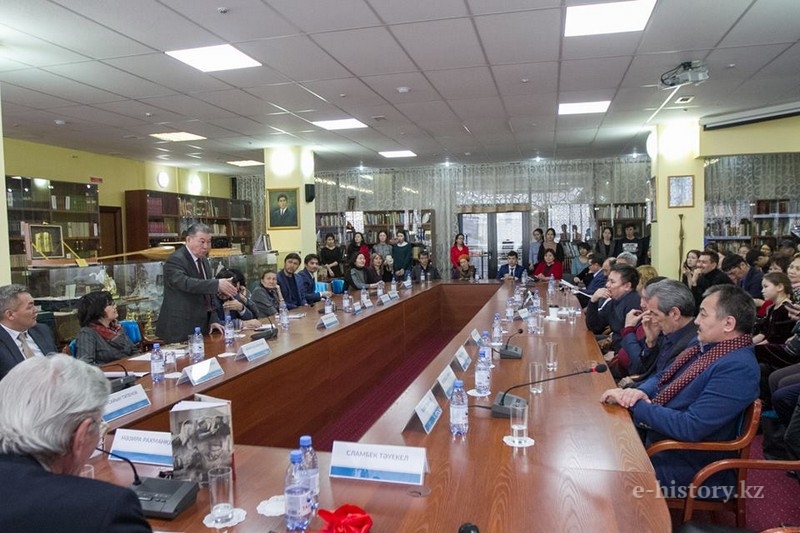 The second section "Kazakh Cinema: Most of All Requests" raised such problems of the work as "The Film of Ultugan: The Destiny of Man and Aral", "Cardiogram", "The Fate of Man on the Screen", "The Present Kazakh Aul in the film "Aksuat" , "December events in Kazakh cinema", "Ten best films", "What do girls like in movies?", "Modern Kazakh cinema: how do we succeed and what is behind?".

The third section "Time. Cinema. Personality" presented various materials such as "The Future of Cinema", "Why the screen is "poor", and “Does not reach the audience. Why?”, “The future of national cinema is indistinct”.

The fourth section "Cinema - the mirror of life" there were such pressing issues as "The basis of the documentary - this is the real life", "The New Wave of Kazakh Cinema", "Left and Right Side of Youth", "Cinema and Shakespeare", "The themes of a forbidden nature are open."

The editor of the new book Aidana Sydykbai said that it took a year to create the book; three designers worked on the quality, she said about the responsibility of the author to work, and noted that without any doubt this book can be put on the International Book Fair, where more than 30 countries of the world take part.