THE MOST DELICIOUS HOLIDAY - NAURYZ 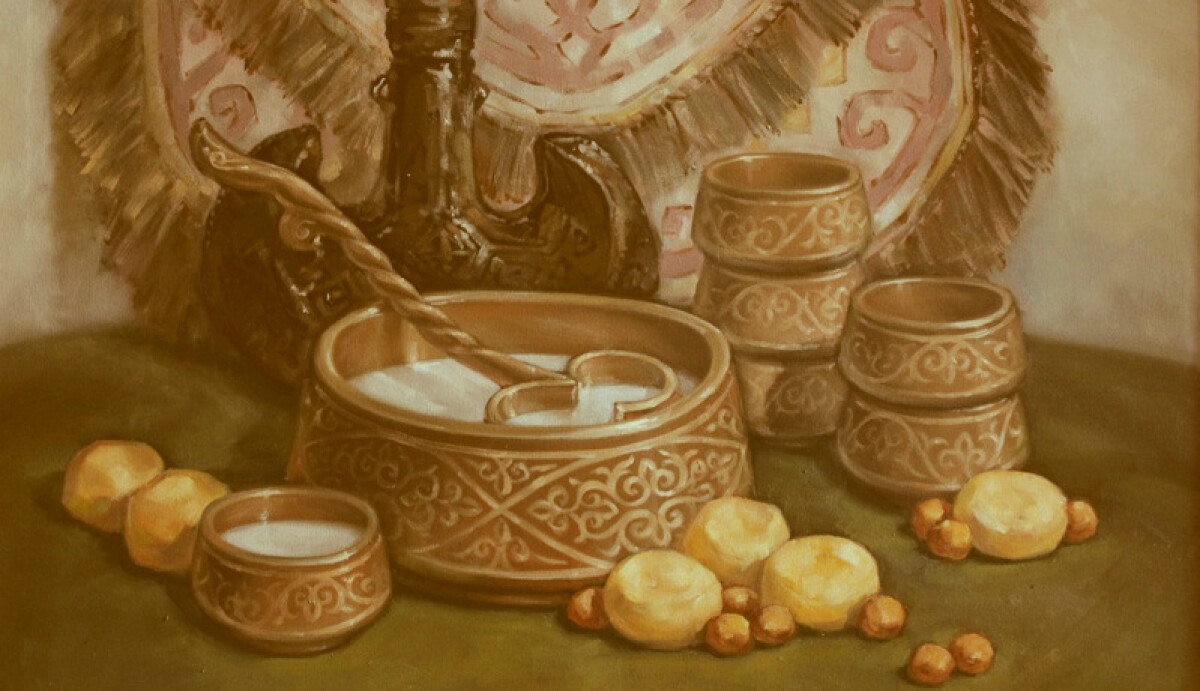 Nauryz is considered one of the most ancient holidays in the world. According to some facts, Nauryz is celebrating for about 5000 years

It was believed that the richer Nauryz would be held, the more prosperous the year would be. And what was usually served with a dastarkhan and what did our ancestors treat to guests in nomadic yurts?

Even if for a moment our ancestors were visited by a guest, they, at all costs, sat him down at the table and offered syi-ayak - a cup of tea. To tea immediately brought flatbread, kaimak, dried fruits, butter, nuts and sweets. Drink and feed the guest is an ancient tradition of nomads, for whom hospitality is the basis of their way of life.

The main dish of Nauryz was, of course, the traditional cold soup called Nauryz kozhe, which was prepared from seven components: meat, fat, kurt, irimshik, wheat, onions and salt. 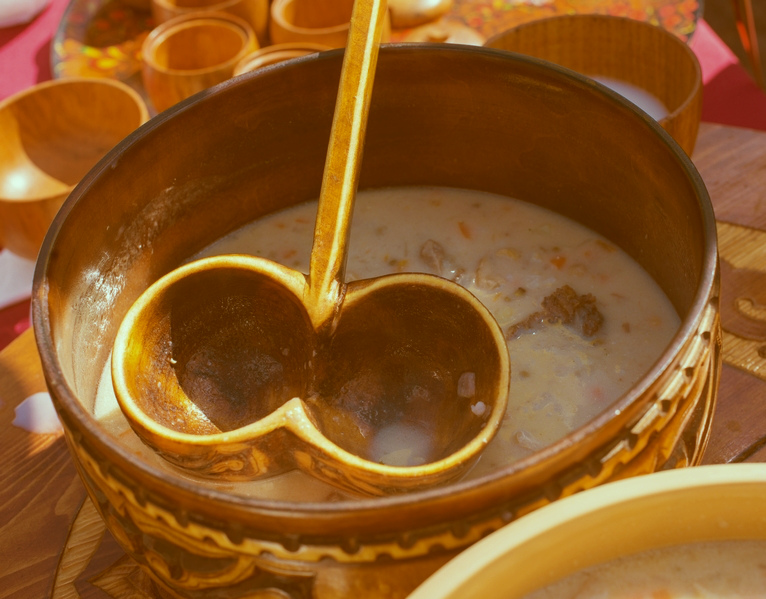 The Kazakh tradition of receiving guests is very similar to the Chinese tea ceremony - everything was done strictly in order and with a special meaning attached to serving each dish.

In one word et (meat), all meat dishes were named, of which there are a great many in Kazakh cuisine.

Besbarmak - was and remains one of the most important and favorite dishes of the Kazakh people. Usually besbarmak was prepared from lamb, but for special guests, the horse’s meat was sometimes used. Boiled meat was served in a special dish - tabak. Tabak had to be served very correctly and this art was owned by a special person - et turaushy, who cut meat and knew which part to give, while not violating the tradition of hospitality and respect. 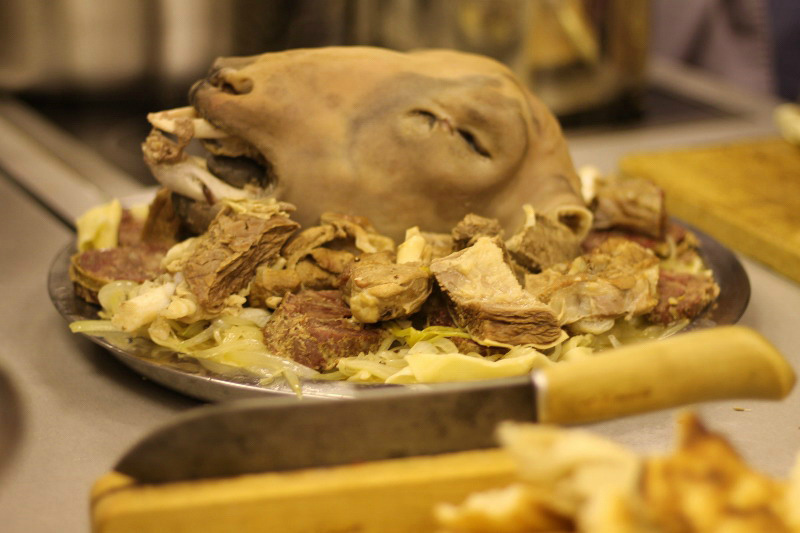 Kuyrdak is also a frequent dish on the table of the Kazakh family. This is a traditional roast, the ingredients of which are liver, lungs, kidneys, heart and onions. 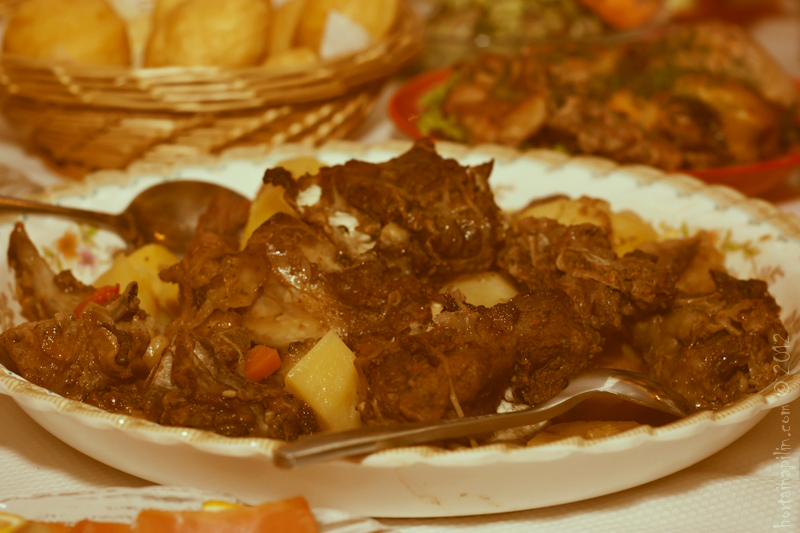 To the main meat dish - meat in Kazakh (Besbarmak) - must be served sorpa - rich broth, in which meat was cooked. There are many kinds and names of sorpa. Some of it indicates the type of meat, others - the caloric content, taste. For example, there is a fresh sorpa and sorpa sur. Sorpa Sur, in turn, was called Bakyr, when meat was cooked in a pot (upon the road), and sorpa, when the meat was boiled in a cauldron (at home). Kazy is a real delicacy. Kazy is not a household, everyday kind of sausage, but rather a festive one, because almost none of holiday is without kazy. Kazy is added to such dishes as pilaf and naryn or simply cut into slices and put on the table as a snack. 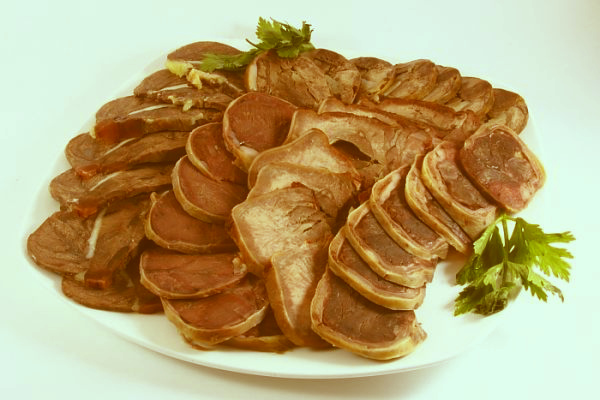 From fish dishes was known koktal - fish, fried on charcoal on willow branches with vegetables. More often fish was used simply in the boiled form, and mainly in recent times due to lack of meat. Traditional Kazakh bread is taba-nan, baked on charcoal between two frying pans, baursak - roasted in oil round or square dough pieces, shelpek - thin fried in oil flat cake and tandyr-nan - baked flat cakes on the inside of Tandyr furnace. 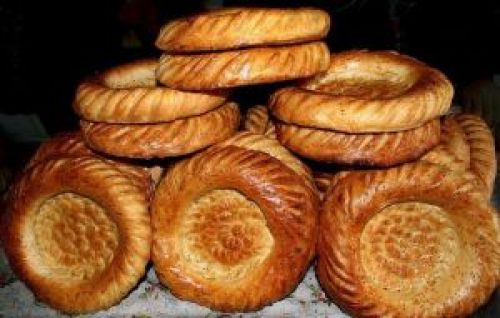 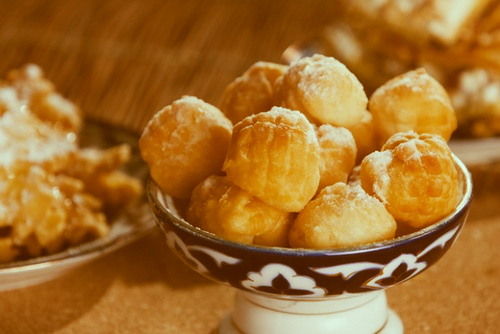 One of the most popular desserts in the Kazakh dastarkhan was chak-chak (shek-shek), and the most forgotten (even in Kazakhstan itself) was shertpek (a mixture of honey and horse fat), which was mainly present at bay's feasts. 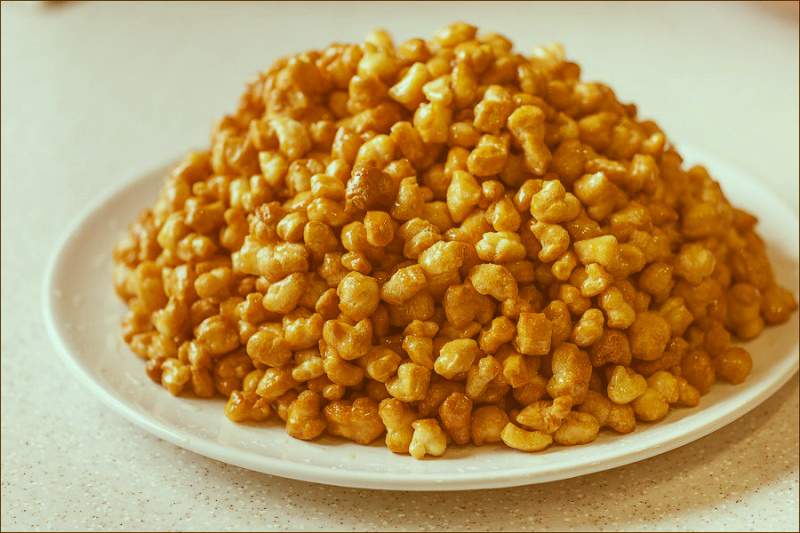 Also, the famous dessert-snack was talkan - roasted and crushed wheat, which is mixed with sugar before serving. 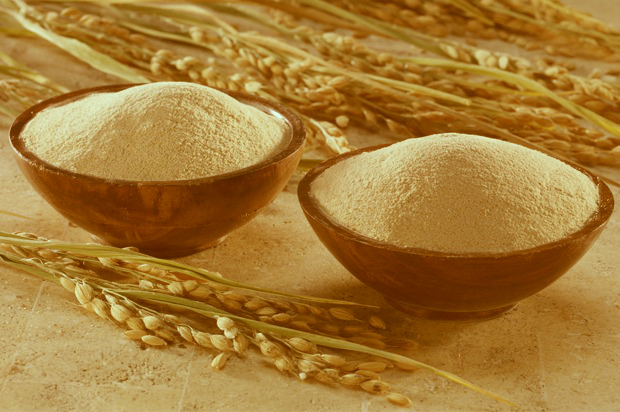 The main Kazakh drink was and still is tea; in Kazakhstan drink tea twice more than in India. Without a traditional tea party, there was never a Dastarkhan.

The second drink by popularity among the Kazakhs was koumiss, and the third - shubat. Koumiss and shubat were fermented and stored in special vessels made of leather, wood or ceramics. 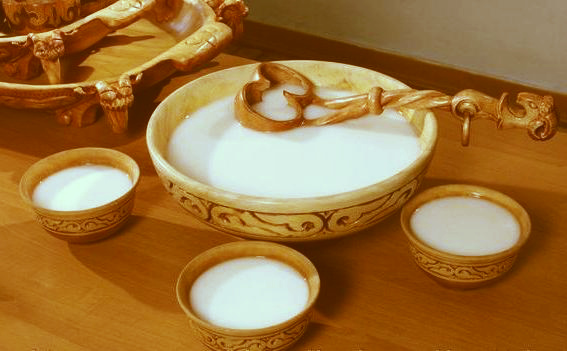 All Kazakh dishes were simple, short in preparation and very nutritious, which is historically explained by their nomadic way of life. Kazakh food was considered as God's grace; it was associated with the concept of "happiness", "abundance" and "well-being".