In search of immortality 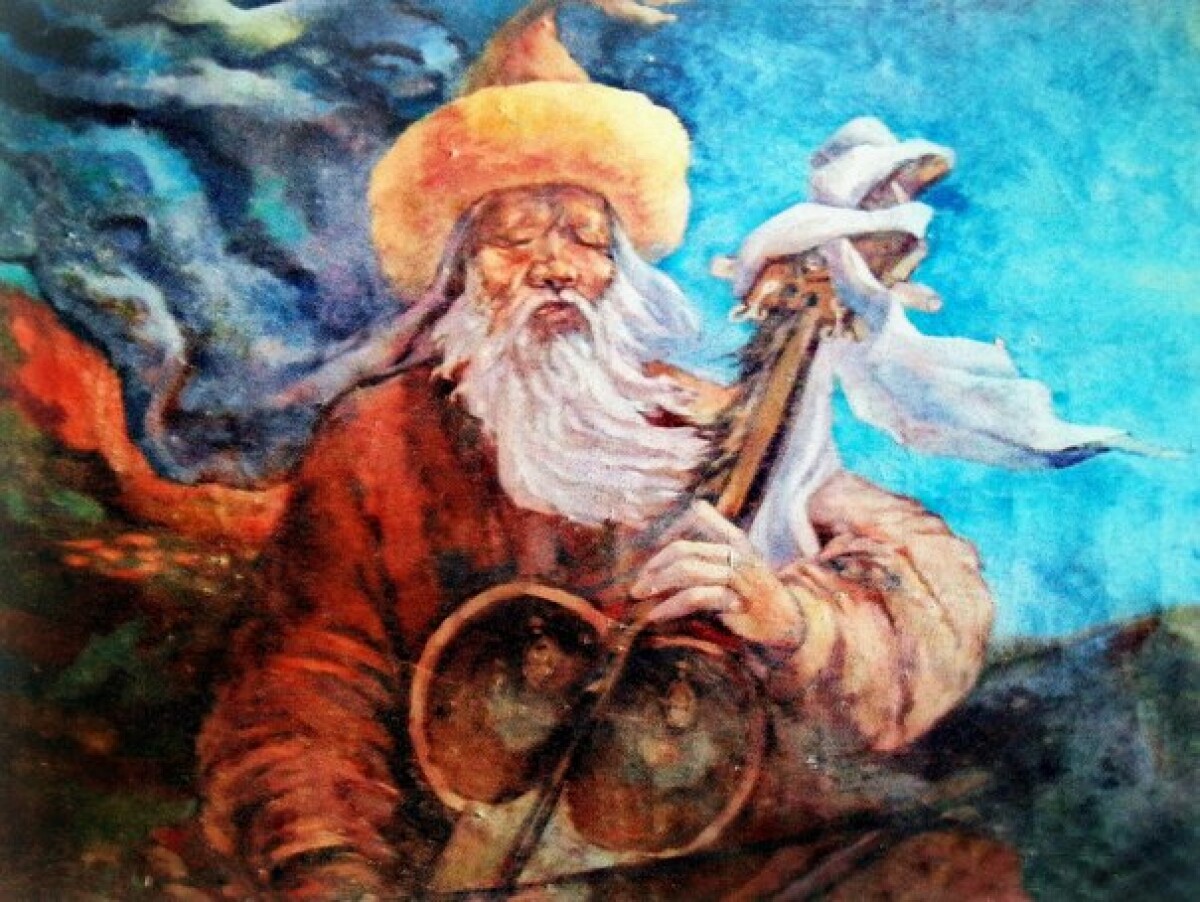 The heritage of the Turkic philosopher, poet, composer and kobyzist Korkyt-ata is planning to include in the list of cultural values of UNESCO

The Great Thinker of the Turkic peoples, the famous zhyrau, narrator and kobyzist. He is known as a historical person who left a rich literary and musical heritage.

Korkut or Korkyt - the legendary Turkic songwriter and composer of the IX century, comes from the steppes along the Syrdarya River. He is the creator of the kobyz, akyn, narrator, patron of poets and musicians.

Legends about Korkyt are found among the Turkic Kipchak peoples (Kazakhs, Karakalpaks) and especially the southern Oguz branch: Turkmen, Azerbaijanis and Turks. They all have a practically common folk epic “Oguz-name”.

The legend says that Korkyt could not reconcile himself with the transience of human life from a young age, so he decided to fight against the inevitable death. Tortured by his thoughts and persecuted by the dream of immortality, Korkyt leaves people, but here, there and everywhere he sees death: in the forest, a rotten and fallen tree tells him of his death and of the inevitable end for Korkyt himself; in the steppe - feather grass, burning under the sun, tells him the same thing; even powerful mountains told him about the expectation of their destruction, invariably adding that the same end awaits Korkyt.

Seeing and hearing all this, Korkyt, in his lonely torment, hollowed out a shirgay from the tree - the first kobyz, pulled on strings and played, pouring out his tormenting thoughts and feelings. He put his whole soul into these melodies, and the wonderful sounds of his strings sounded all over the world, reached the people, captured and captivated them. Since then, the melodies of Korkyt and the kobyz created by him wandered the earth, and the name of Korkyt remained immortal in the strings of the kobyz and in the hearts of people.

According to the legends, at the request of Korkyt himself, kobyz was placed on his grave, quietly sounding with the gusts of the wind at all times. An architectural monument in the form of a kobyz in honor of Korkyt-ata was built in 1980 in the Karmakchin district of the Kyzylorda region of Kazakhstan. 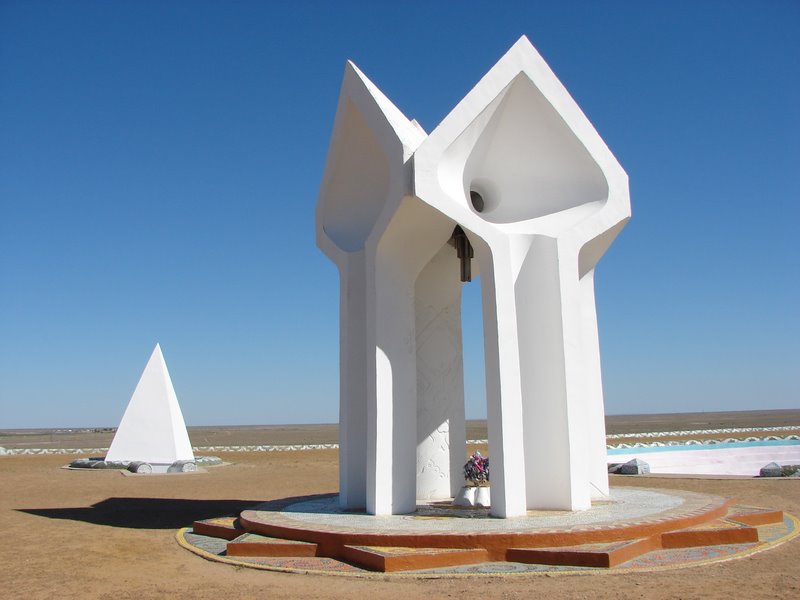 The authors are the architect B. Ybyrayev and the acoustic physicist S. Isatayev. When the wind blows, it starts to sound noticeable, and all the passers can hear the melody of the wind. The monument can be seen from the windows of trains passing from Moscow to Tashkent and Almaty.

At the burial site of Korkyt on the bank of the Syrdarya River in about X-XI centuries was erected mausoleum "Korkyt-Tube", which in the common people means - Singing trumpets. With centuries it came to destruction.

In 1997, the restoration of the Korkyt monument was carried out. A whole architectural ensemble was created - a complex with an amphitheater, a hotel and other objects. And in 2000 there was opened a museum.

In 2001, the Public Foundation "Korkyt" was established in Kazakhstan with the aim of spreading knowledge in the society about the impact of the culture of nomadic Turks on the world musical culture. Since 2006, the Ministry of Culture of the RK and the akimat of the city of Kyzylorda hosted the International Festival "Korkyt and Music of the Great Steppe".

In 2008, a square was laid out in Astana and a monument-composition "Korkyt kobyz" was erected. Kyzylorda State University, airport "Korkyt-ata" in Kyzylorda, streets in the cities of Kazakhstan are named after Korkyt. 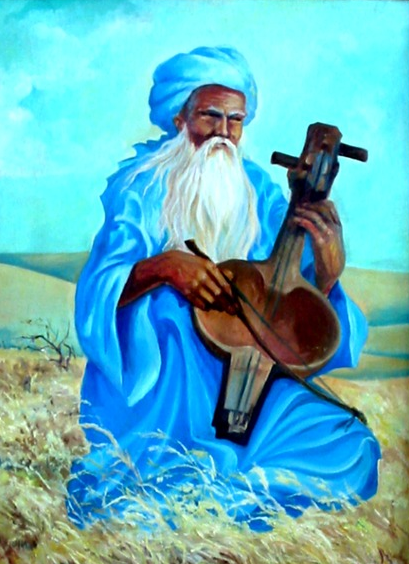 One of these days it became known that the heritage of the Turkic philosopher, poet, composer and kobyzist Korkyt-ata is planned to be included in the list of cultural values ​​of UNESCO.

This will allow the whole world to get acquainted with the work of the great Kazakh ancestor. A priceless fund of legends about the ancient storyteller will be under reliable protection.

Rich in spiritual and moral values, the heritage of Korkyt Ata harmoniously fits into today's life. The legend of the Turkic world managed to contain in his works the history of an entire era. The works of Korkyt-ata occupy a special place in Kazakh folklore.

"12 kyuis of Korkyt Ata preserved in history. These are the famous kyuis "Akku", "Ushardyn uluy", "Bashpay" and many others. Therefore, we can safely say that the creator of the kobyz was Korkyt-ata," said musician Serik Zhaksygulov.

There are many legends about the legendary Turkic composer. His work in the Kyzylorda region is investigated by a whole galaxy of scientists of the research institute. Their main task is not only to preserve, but also to transfer the works of the narrator in a pristine form to future generations.

“The works of Korkyt-ata though are the heritage of all Turkic-speaking peoples, but his kyuis are found only in our country. This proves that he is one of our great ancestors. Therefore, our main task is to show the whole world a rich heritage of the Kazakh people, exalting his creativity,” says candidate of philological sciences Gabit Tuyakbaev. 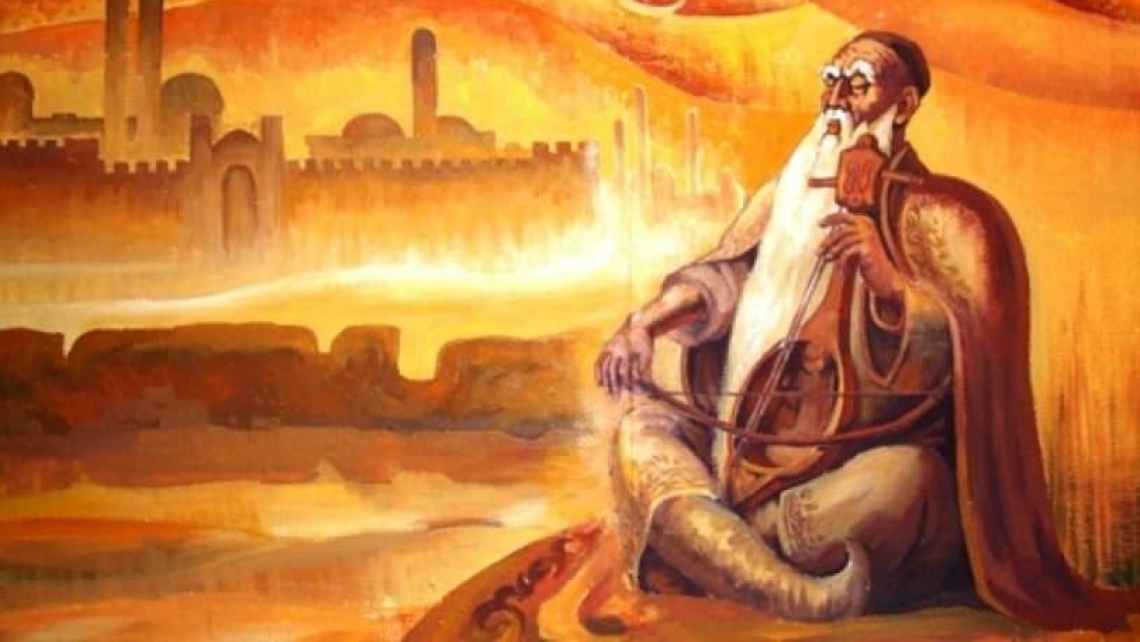 Three years ago, in the historic homeland of Korkyt-ata, the memorial complex was restored. Last year alone, more than 16,000 foreigners visited it. This shows that the whole world is interested in his heritage. That is why the shrine was included in the tourist route of EXPO-2017.

"The mausoleum is planned to be visited by tourists from Russia and CIS countries. Interest is shown also by citizens of England, France, Germany and China. Seven Kazakhstani tour operators have already been identified. They prepared special tourist routes in the direction of "Baikonur" and to the mausoleum "Korkyt-ata",

explained the representative of the Department of Entrepreneurship and Tourism of Kyzylorda region Azamat Doszhanov.

The legendary image of Korkyt-ata will open new opportunities for the development of tourism in the region.