Home News History news Will the Pharaoh's mummy get into the museum of Kazakhstan?

Will the Pharaoh's mummy get into the museum of Kazakhstan? 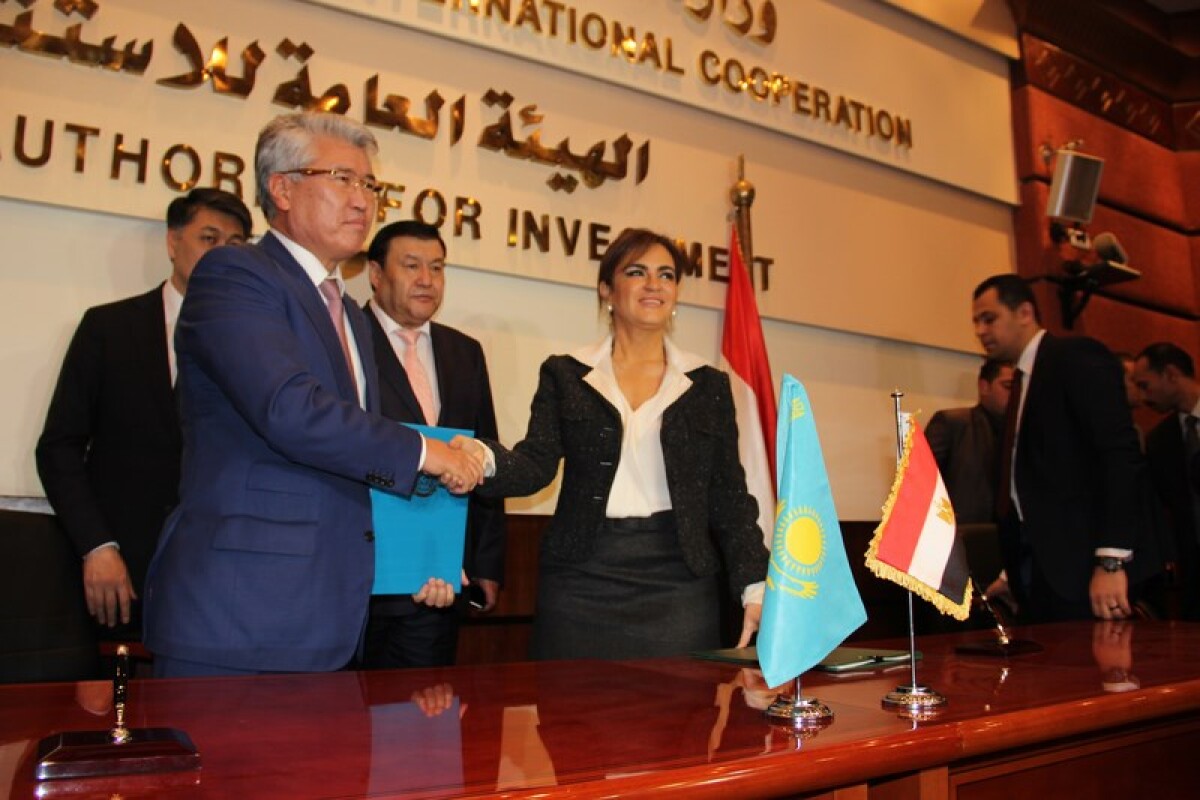 Last week in Cairo, the Kazakh-Egyptian inter-MFA consultation was held. During the talks, a wide range of issues of bilateral cooperation in the field of culture and historical and cultural heritage, sports and tourism, education, religious activity, trade, industry, investment, energy, oil, agriculture, health and pharmaceuticals, civil aviation were considered.

The parties noted the proximity of the positions of Astana and Cairo on the main international and regional problems and, in the light of recent events in the Middle East region, expressed concern over the growth of international extremism and terrorism. 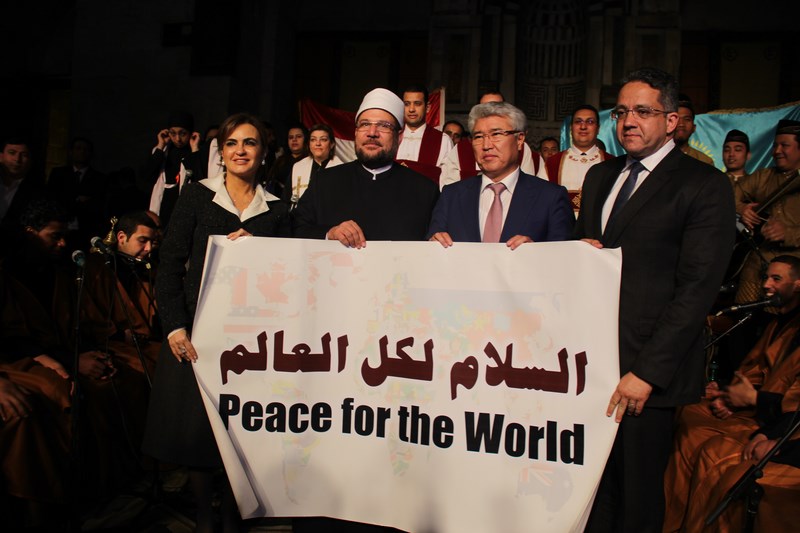 As the Minister of Culture and Sports of the Republic of Kazakhstan Arystanbek Mukhamediuly, who headed the Kazakhstan delegation noted, this is the most important event for further deepening and expanding mutually beneficial cooperation between Kazakhstan and Egypt, defining more concrete and extensive prospects for cooperation between the countries. This is especially true when there is considerable potential for cooperation in this direction, but the dynamics of development in recent years are not high.

"This year marks the 25th anniversary of diplomatic relations between our countries. During these years, a significant expansion and strengthening of the dialogue between our countries in all spheres was achieved. In particular, much work has been done to strengthen cultural and humanitarian cooperation, as well as in the field of multilateral cooperation," the minister said.

The result of the talks was that representatives of the foreign ministries of the two countries confirmed the agreement on mutual support of the candidatures of Kazakhstan and Egypt to non-permanent members of the UN Security Council. Taking into account the forthcoming 5th Congress of Leaders of World and Traditional Religions in Astana in June, the diplomats expressed readiness to continue joint efforts to promote interreligious dialogue. The Kazakh side called on Egypt to join the initiative of the state to establish an Islamic Organization for Food Security under OIC headquartered in Astana. During the meeting, the Egyptian side officially confirmed its participation in the international specialized exhibition EXPO-2017 in Astana. In this regard, the parties will work out the issue of holding an exhibition on Ancient Egypt works of Art within the framework of the exhibition.

According to the press service of the Ministry of Culture and Sports of the Republic of Kazakhstan, Kazakhstan welcomes the offer of the Egyptian side to donate works of Art of Ancient Egypt; these are originals and copies of exhibits. And also the opening in the future of a separate hall of world culture in the National Museum of the Republic of Kazakhstan. The issue of conducting professional courses in Egypt for Kazakhstan restorers, archaeologists and other specialists is being considered. 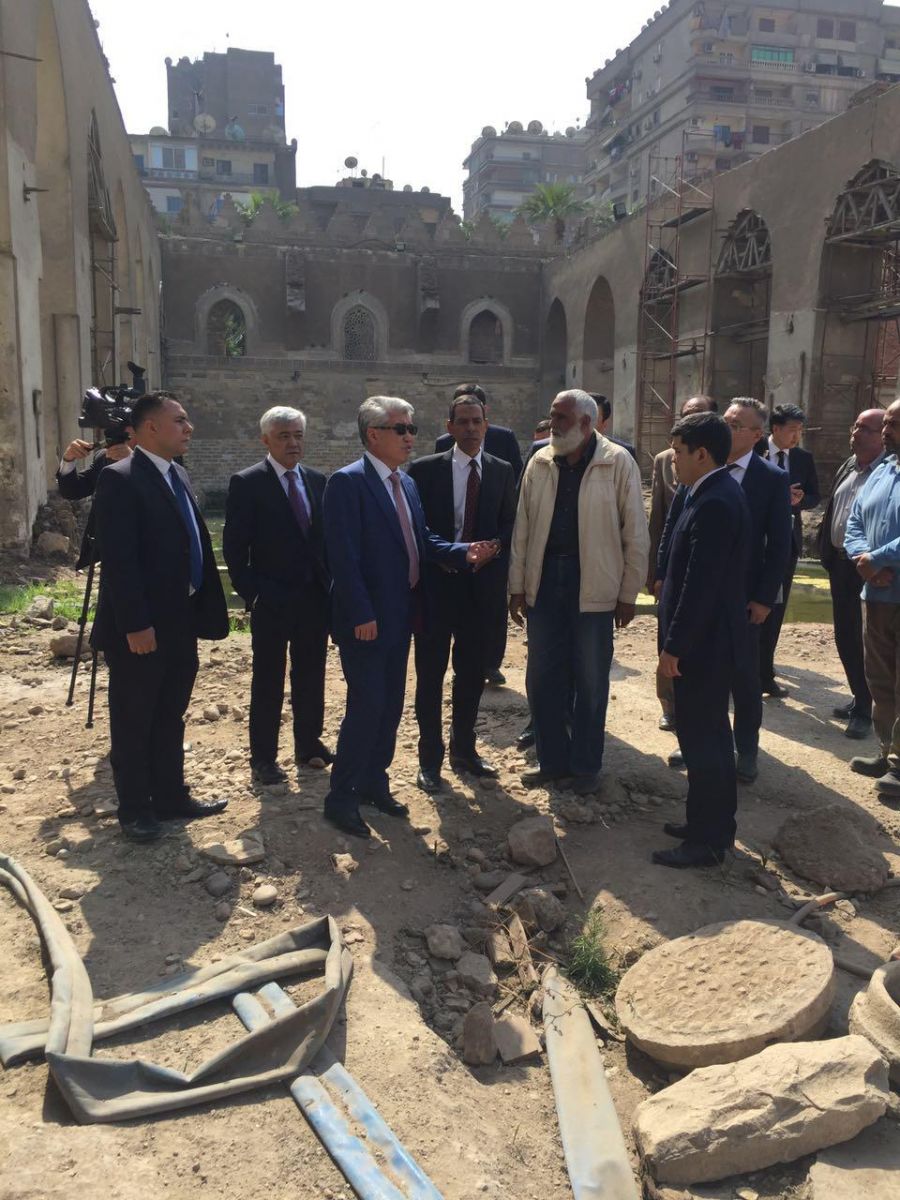 In addition, Kazakhstan and Egypt agreed to exchange experiences in the field of physical culture and sports, as well as to develop cooperation between sports federations of the two countries.

During their stay in Cairo, the Kazakh delegation met with the Secretary-General of the Supreme Council for Monuments Mustafa Amin, with whom the restoration of the Sultan Baybars mosque in Cairo, whose personality is an important historical link connecting the Kazakh and Egyptian peoples was discussed. And also it was decided to intensify the activities of the Forum on Economy and Cooperation of the Arab countries, the states of Central Asia and the Republic of Azerbaijan. 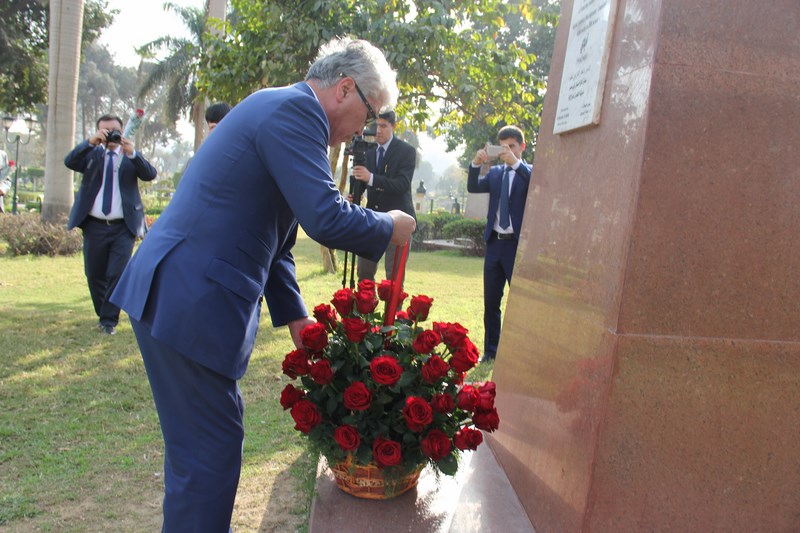 At the end of the meeting there was a visit and a solemn laying of flowers to the bust of Abai in the territory of the park "Friendship and Freedom" in Cairo.

As a result of bilateral meetings, a number of important agreements have been signed between various institutions and organizations of Kazakhstan and Egypt. 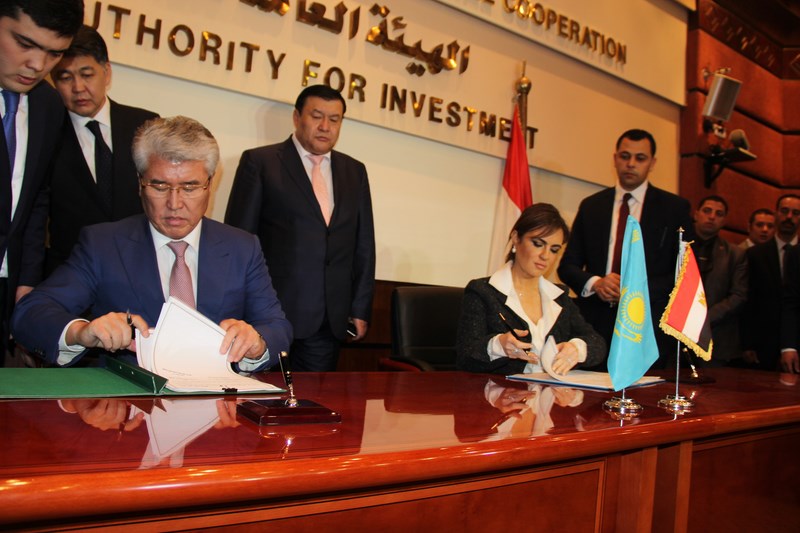