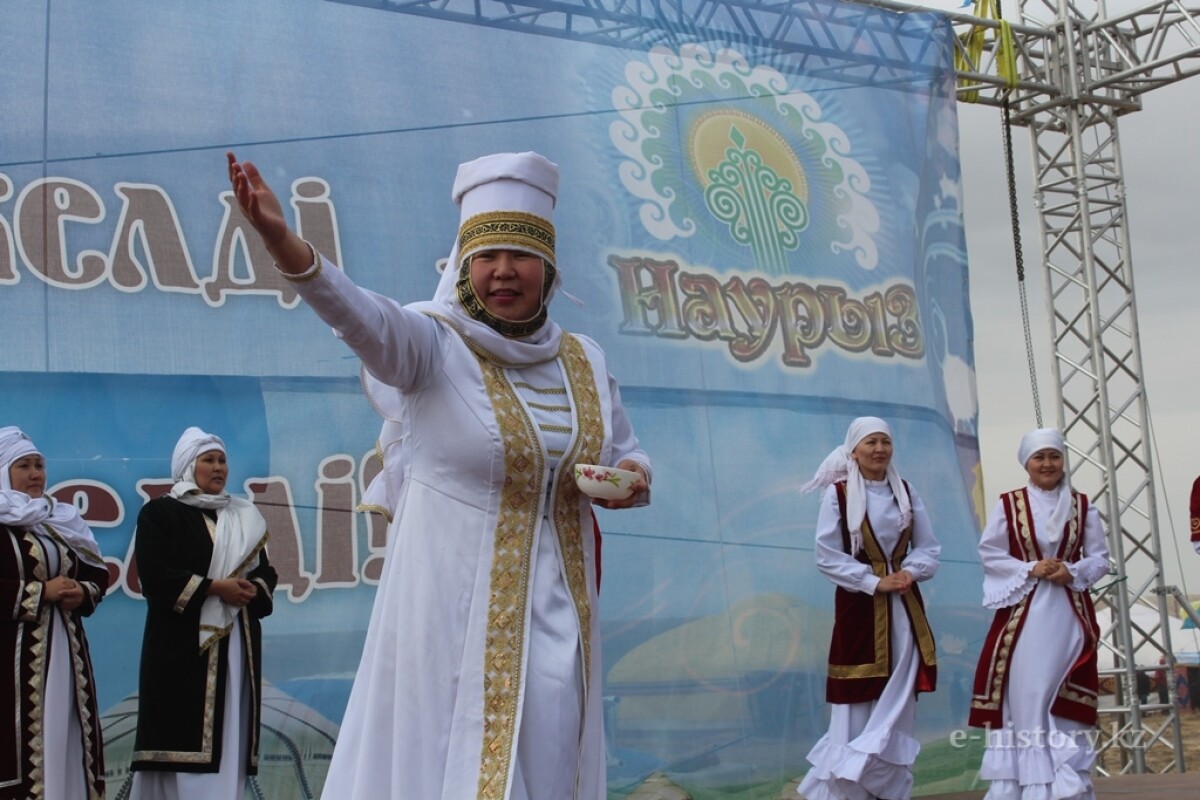 In the Mangistau region, Nauryz is celebrated earlier, and is called in a special way. Today, on March 14, the Mangistaus celebrate Amal - a holiday of incoming of spring

Kazakhstan and the entire Turkic world are preparing to celebrate Nauryz. And the Mangistaus, unlike other regions of the republic, began to celebrate the incoming of spring ahead of everyone - on March 14. It was on this day that our ancestors moved to the summer pastures of Ustyurt plateau and arranged a festive on this occasion.

The whole reason for it was the sacred nine

From time immemorial it became customary that the holiday of Nauryz the Mangistaus celebrate twice a year - on March 14 and traditionally on March 22.

Archaeologist Andrei Astafiev gives a scientific explanation of this tradition. He studied the history of our region for a long time and came to the conclusion that the Amal holiday has Mongolian and Tuvan roots. According to the legends of the Adai clan, people came to the plateau of Ustyurt and the peninsula of Mangistau from the east. Perhaps, from there they brought with them a different calendar reference system. According to the Mongolian calendar, the calculation of the weeks in it is conducted by nines, and it begins on December 22. Nine days were grouped into four temperature cycles, coinciding with the four seasons of the solar year (spring-summer-autumn-winter). The beginning of the New Year was considered from the winter solstice, after which the duration of the day begins to increase. Winter cold nine nine-days, the time of "birth" and "dying" of frost, were counted from December 23 to March 14. Since March 14, spring has come - the time of "growing" of the leaves and singing of the cuckoo. Following the beginning of spring on the ninth day, the vernal equinox was celebrated.

This fact of the calendar account, most likely, has the most direct relation to the terms of the celebration of Nauryz in Mangistau. This tradition could "migrate" to Mangistau along with the Adai Kazakhs in the first half of the 18th century. Local people – the Adais - honor the traditions of their ancestors. Therefore, the Mangistau Nauryz is celebrated with friends and relatives, as it should, at a generous dastarkhan. Required attribute of the holiday is drink “naur”. 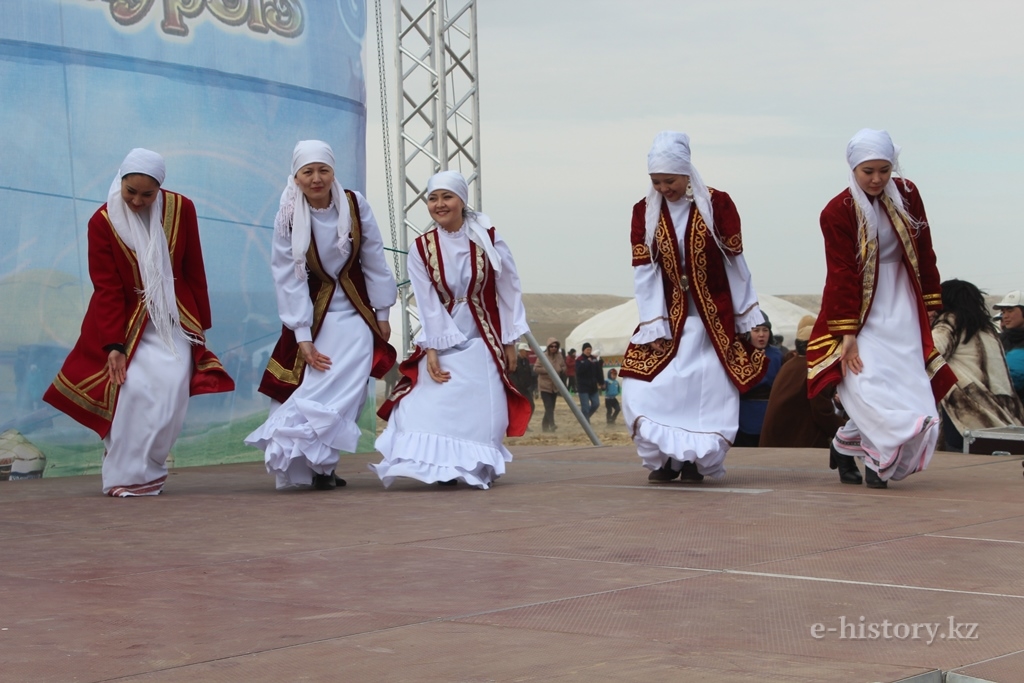 According to an old tradition, on a holiday it is necessary to wake up very early and before dusk it is necessary to visit all relatives and friends, to knock on 40 doors. It was believed that outside one of the doors you would meet Kydyr Ata, who would make you happy in the New Year. The main and unique feature in the holiday of Amal is "korisu", or greeting. This is a rite of handshaking, when the younger go to the house of the elders to greet them and shake hands, asking for blessings from the aksakals. It is believed that the earlier you are greeted and congratulated, the more happiness the New Year will bring. On the day of celebration, it is common to forgive each other for all offenses, dress in the best outfits, and give gifts to relatives and friends. 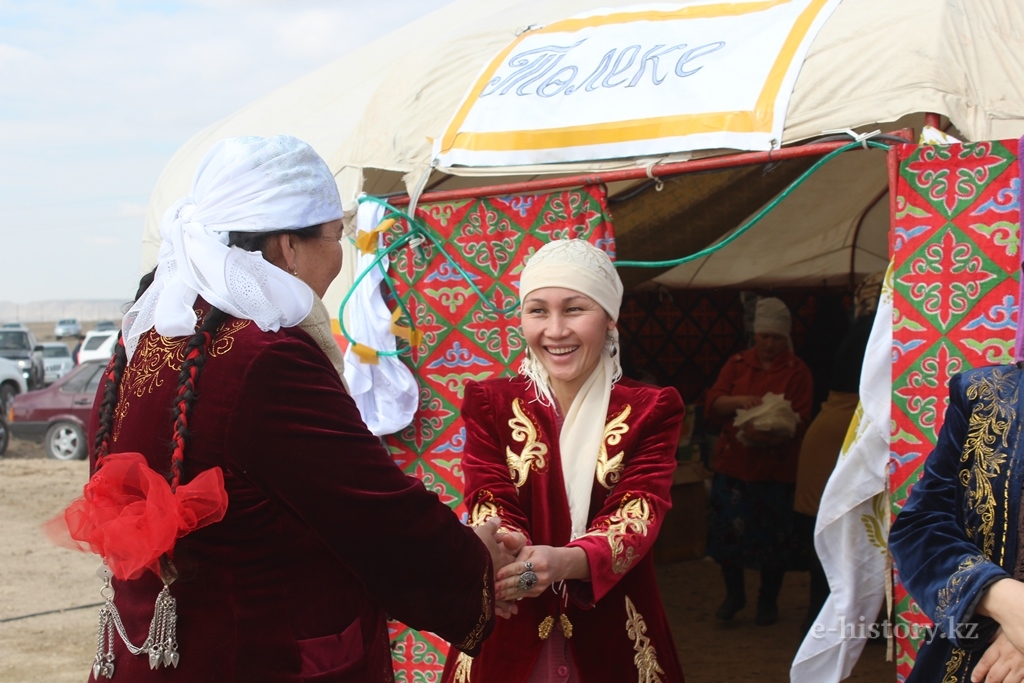 On the peninsula of Mangyshlak people congratulated each other with Nauryz on March 14 always. One of the folk legends says that the Khan sent a boy to congratulate the Adais on the holiday, and he rode too fast and reached these regions two weeks earlier. And according to another legend the Adais roamed in the winter (kystau) in Mangyshlak and on March 14 they started to move to jailau (summer) pastures of Ustyurt, in honor of which they arranged the holiday. And whatever it is, the traditions live. While the whole Kazakhstan is just preparing for the holiday, Mangistau celebrates Nauryz since March 14.

The peak of all the festivals associated with Amal in Mangistau passes on the mountain Otpan. It is there that the traditional fire of unity ignites, or rather, on the territory of the historical and cultural complex Otpan tau. The Otpan tau mountain is the highest on Mangistau and rises to 532 meters above sea level. At its top is a 37-meter monument to Adai, a historical personality and batyr, in honor of whom in 2007 the historical and cultural complex “Otpan Tau” was opened. And here stand two stelae, symbolizing the two sons of Adai ata - the progenitor of the Adai clan - Kelimberdy and Kudayke. There is also a statue of the Great She-wolf - a symbol of strength and freedom of the spirit, according to legends it is she who is considered to be the ancestor of the entire Turkic people. 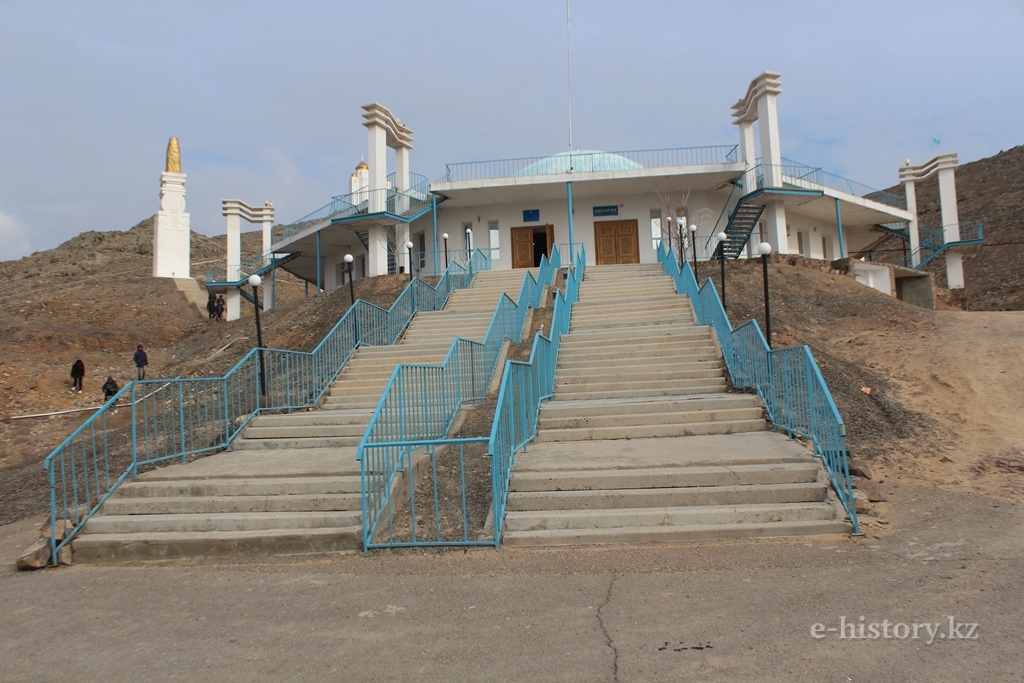 Once upon a time Otpan tau mountain served as a signal tower. At its top the fire was lit, warning the entire Mangistau of the impending danger. Now it is lit only for the holiday of Amal. Now the ceremony of lighting the fire - the symbol of unity, as a rule, takes place at night, on the eve of the holiday. And in ancient times, as the legend says, when the signal was seen, the batyrs hurried from all corners to fight back the invaders, protect and preserve their native land for descendants. At the present time, tradition has a spiritual meaning in itself - to pay tribute to the memory of ancestors who put the unity of the people above their lives. This year in the historical and cultural complex "Otpan Tau" will celebrate Amal for the tenth time. Now not only residents of Mangistau, but also neighboring republics (Russia, Turkmenistan, Uzbekistan) come here. 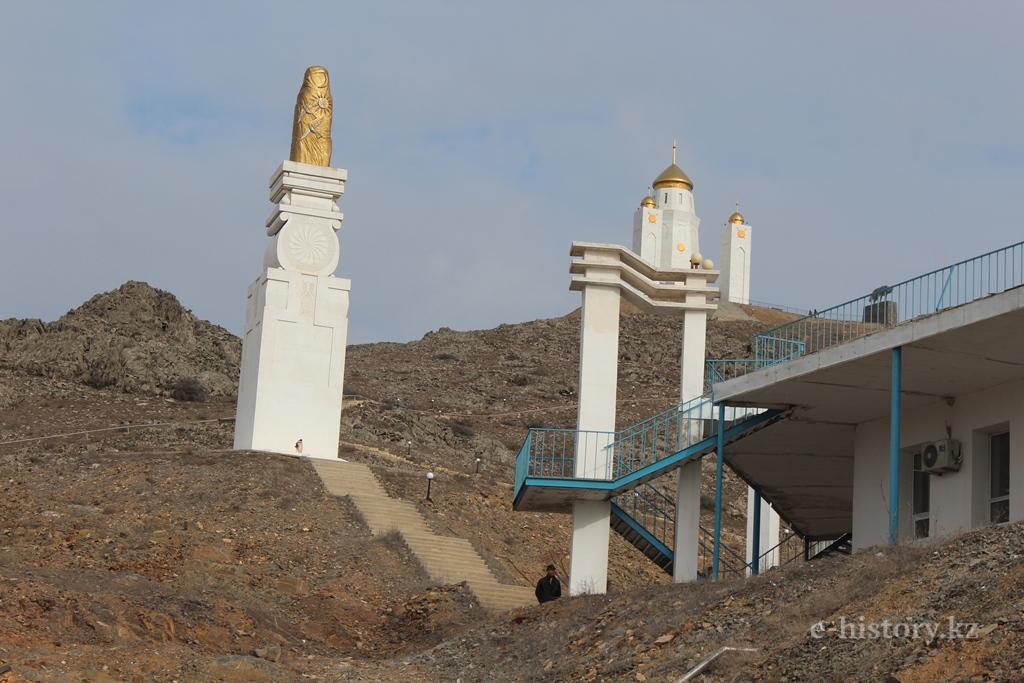 On March 14 in each house is preparing a traditional festive dish nauryz-kozhe. Moreover, only men are engaged in cooking it. Meat of ram and camel as one of the main ingredients of the dish is prepared in advance. There are many variants of the recipe for this dish, but they have the same technology. Corn, rice, other cereals and even potatoes with onions always boil separately. Sometimes the period of cooking nauryz-kozhe is delayed for three or four days.

Traditionally, on the eve of the Amal celebration, yurts are established; in Mangistau it is also special both in construction and in decoration. Historians here also find parallels with the East. For example, it was from there that the custom came to put the yurt to the south. In Adai yurts, scientists even read a hidden mathematical code. To support the shanyrak here set only 108 uyks. And this is a sacred number for both the Mongols and all Buddhists.

"The Adais preserved the woven ribbon - ak baskur, which is divided into 12 zones in an ornament that is not similar to each other. There was an idea that this is a calendar. We divided 108 by 12, and it turned out, what would you think? Nine! The nine on which the days are counted in the Mongolian calendar. The mysterious number of Buddhists, derived from 9 and 12, is 108. This same number was considered lucky among the Mongols."

Before the holiday of spring there are few days, the inhabitants of Western Kazakhstan are busy preparing for the celebration of one of the most beautiful days of the year.

We express our gratitude to Timur Kaziev, a journalist of tumba.kz, for the material provided.