Eyes on the Champions 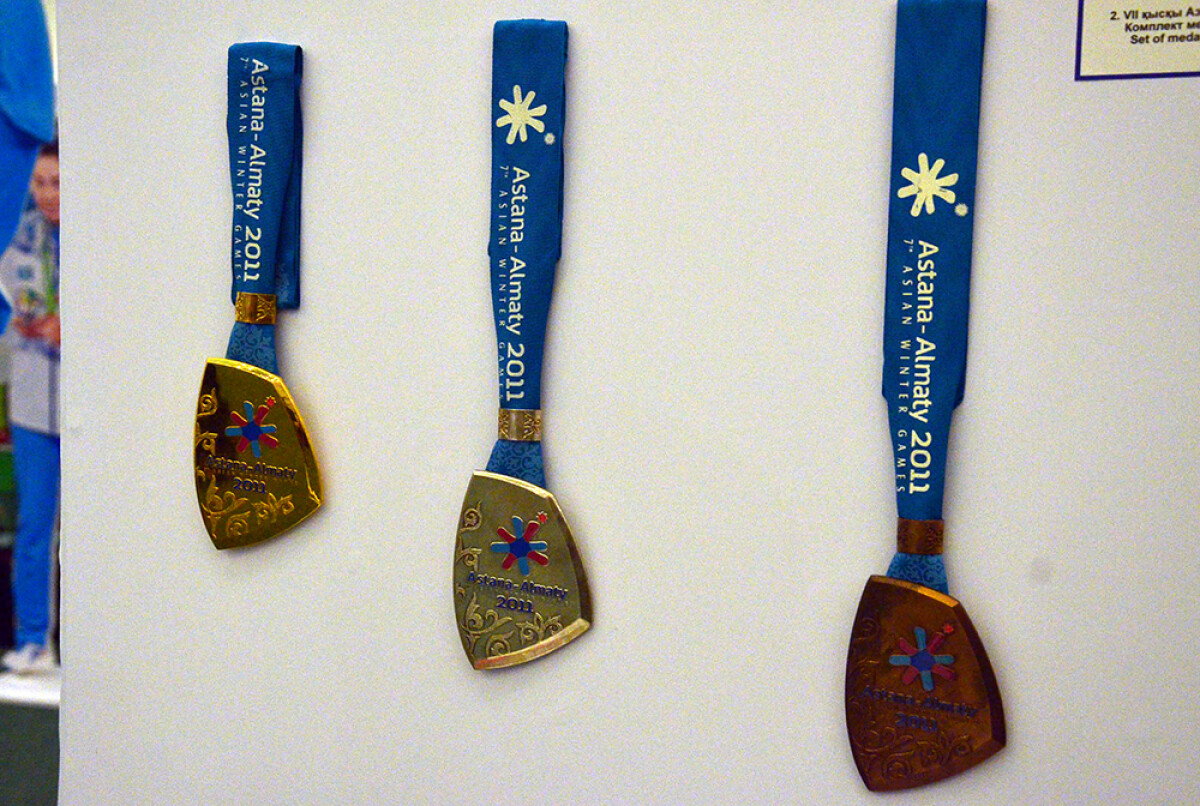 In Astana opened the exhibition "Olympic Movement", which is dedicated to the 25th anniversary of Kazakhstan's National Olympic Committee

Sports and sports achievements is an integral part of world civilization and culture. The development of sports in the Republic of Kazakhstan is one of the most important areas of public policy. After gaining sovereignty professional sports began to develop rapidly in the republic.

In 1992, our country was adopted 192 member of the International Olympic Committee and the same year became an independent subject of the Olympic movement, participating in competitions under its own flag and its own anthem. The special merit in the sports achievements of Kazakhstan sportsmen belongs to the National Olympic Committee of Kazakhstan. 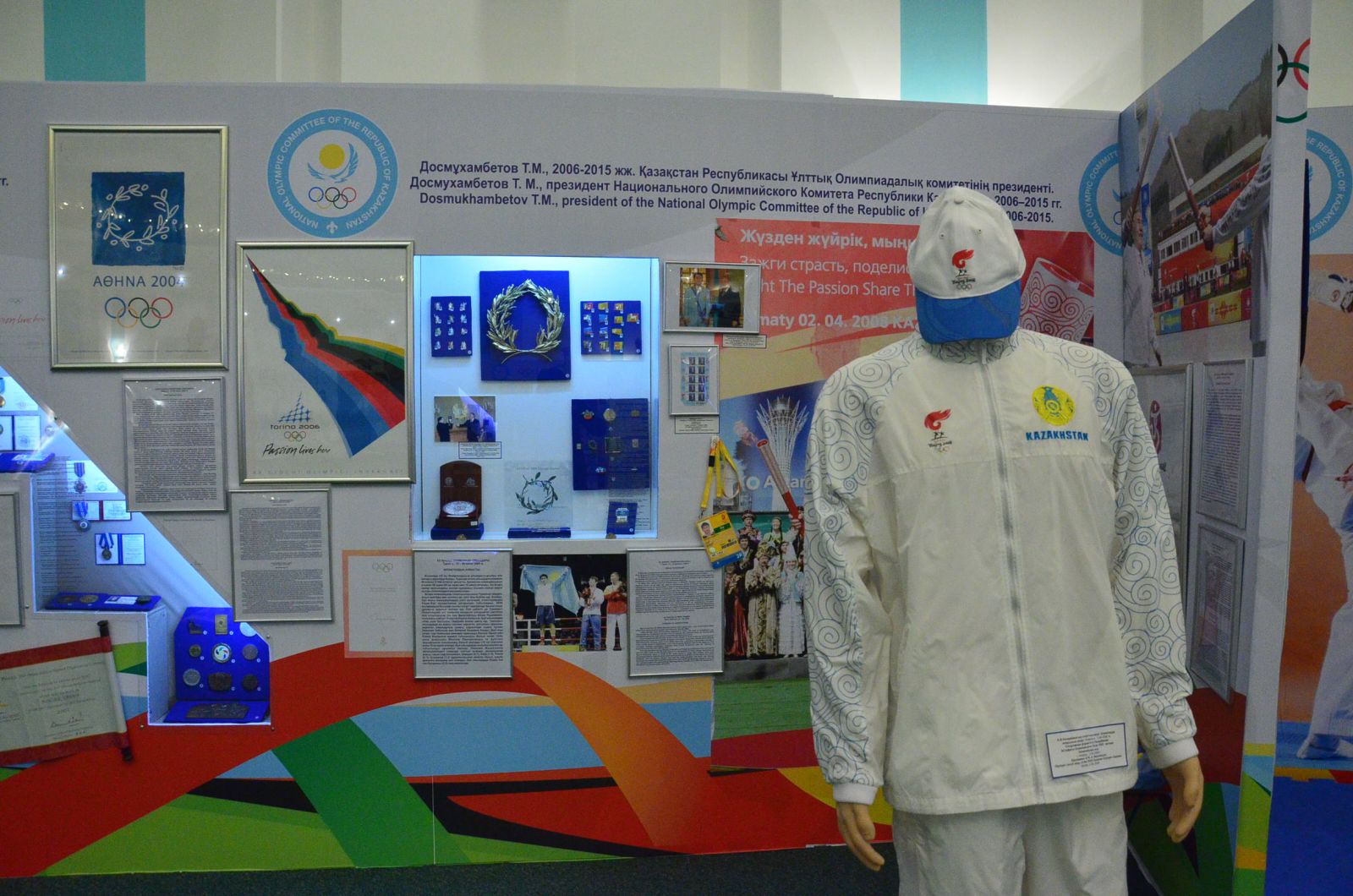 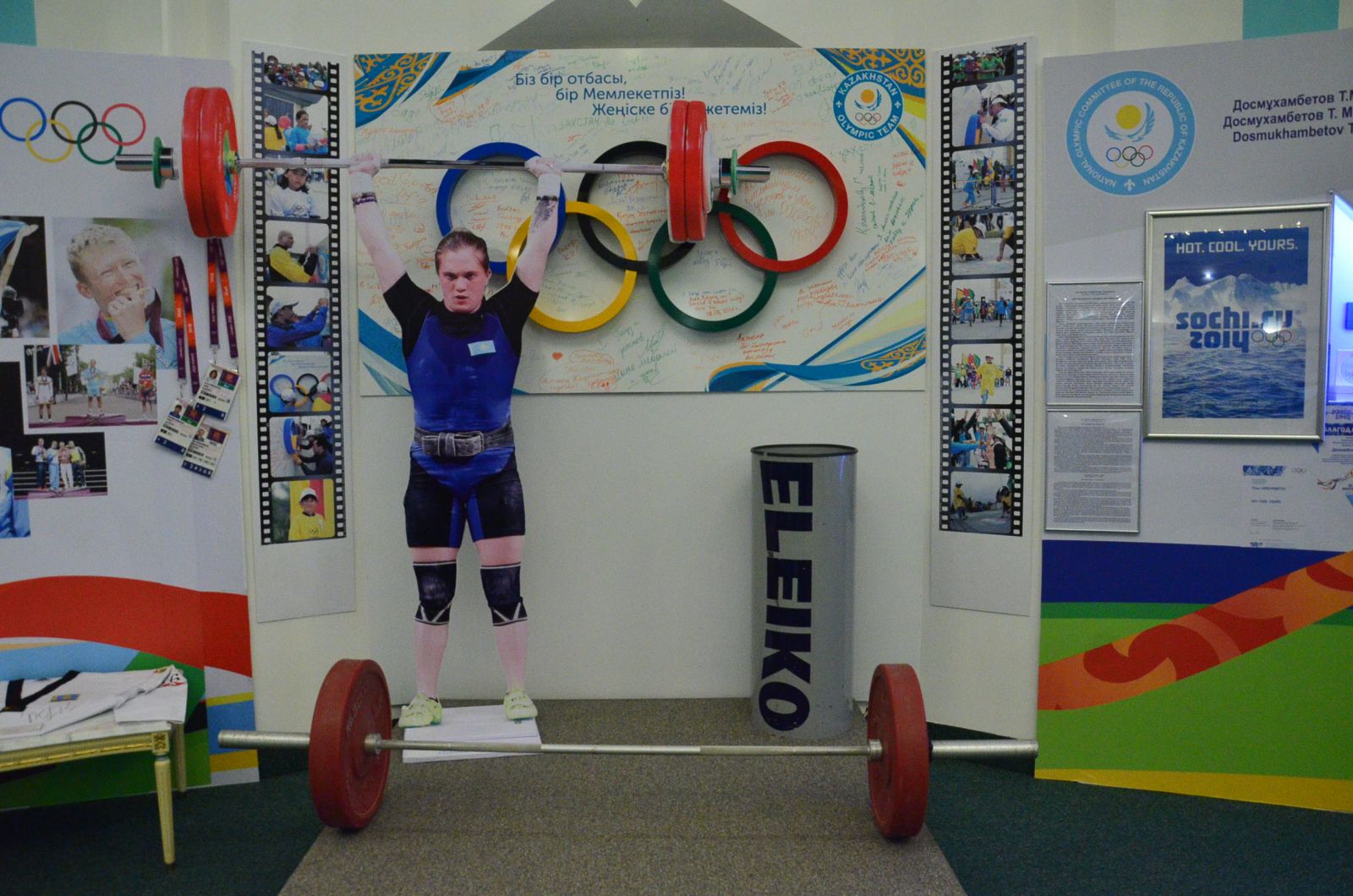 In the Museum Library of the First President of the Republic of Kazakhstan – the Leader of the Nation was opened the exhibition "Olympic Movement" and the ceremony of canceling postage stamps dedicated to the 25th anniversary of the National Olympic Committee of Kazakhstan. 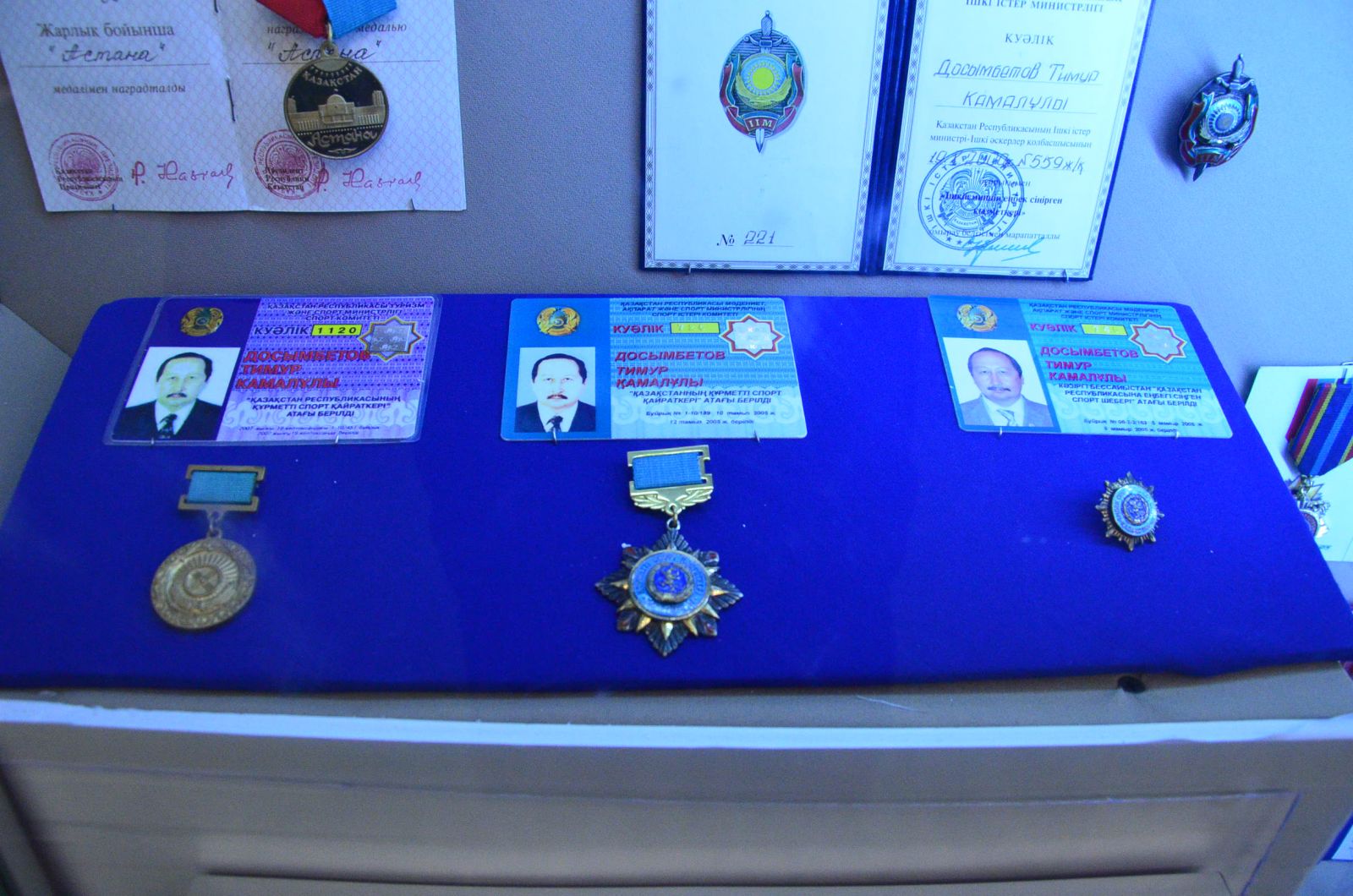 According to the Secretary General of the National Olympic Committee of Kazakhstan Daniyar Abulgazin, this event NOC begins celebration its 25th anniversary.

"I would like to thank the leadership of the Museum of the First President of Kazakhstan, for the fact that we were able to place the exposition in the beautiful museum, it would be a good contribution to the promotion of our sports and the Olympic movement. There are a lot of children here, they look at our famous champions, and maybe among them are our future Olympic champions who would glorify our country on the world stage", - said D. Abulgazin. 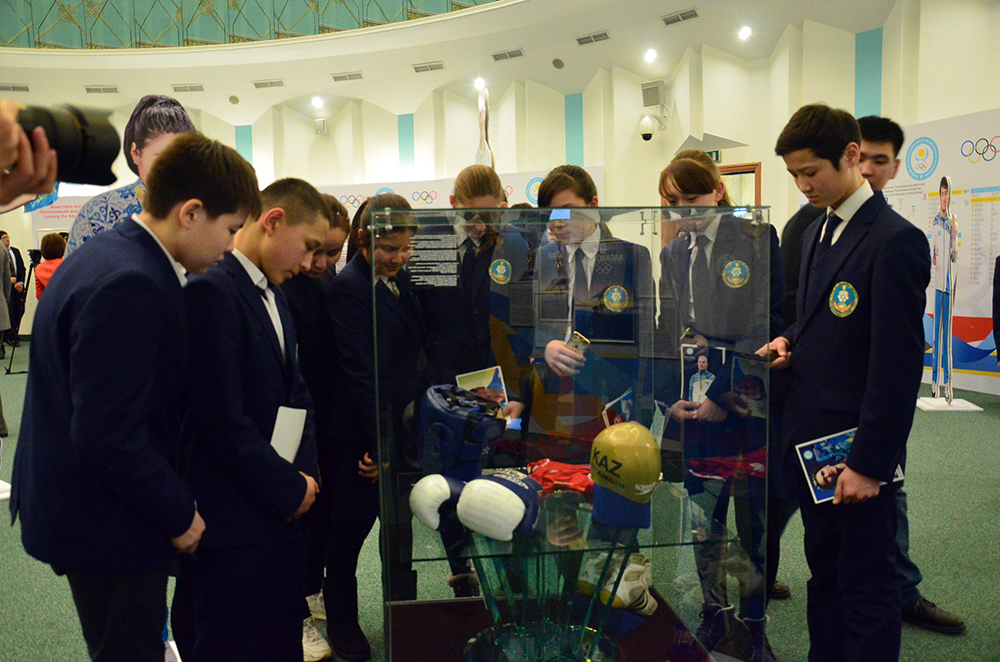 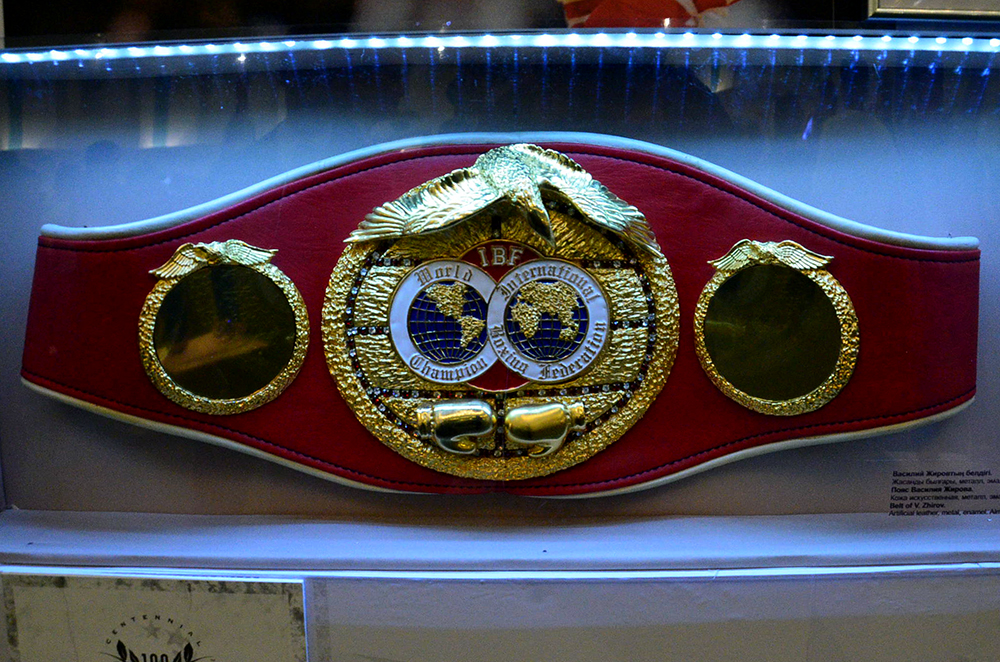 This exhibition gathered the exhibits which allow not only to study in detail the history of the glorious victories of Kazakhstan on sports Olympus, but also to inspire for new achievements.

The exhibition "Olympic Movement" was the first time a large collection of sports trophies of Kazakh champions, objects and archival materials from the personal collections of the presidents of the National Olympic Committee which would trace the history of sporting achievements of Kazakhstan during the years of Independence. 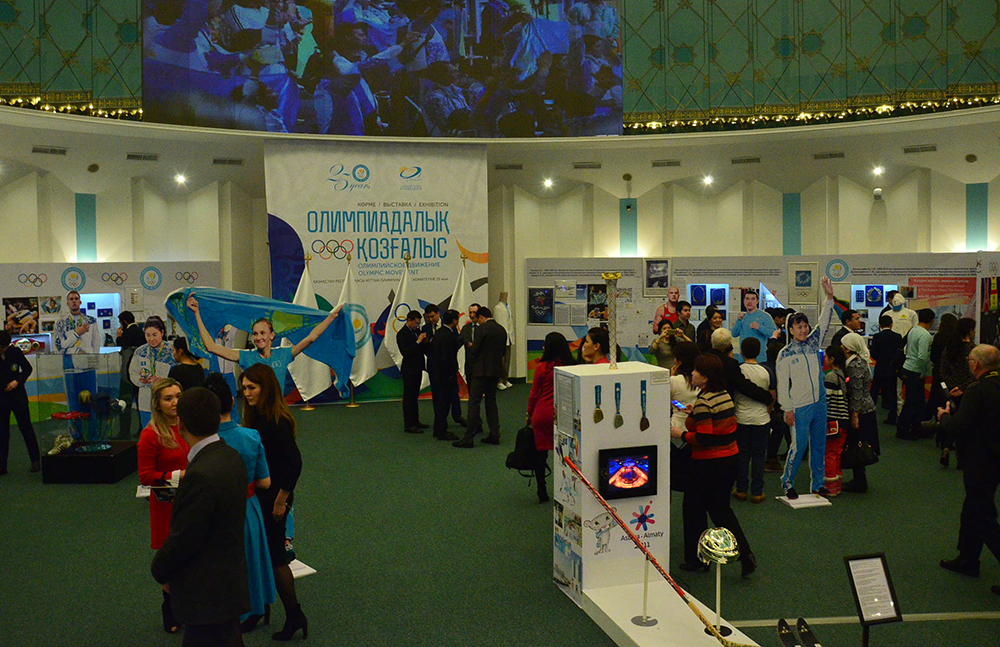 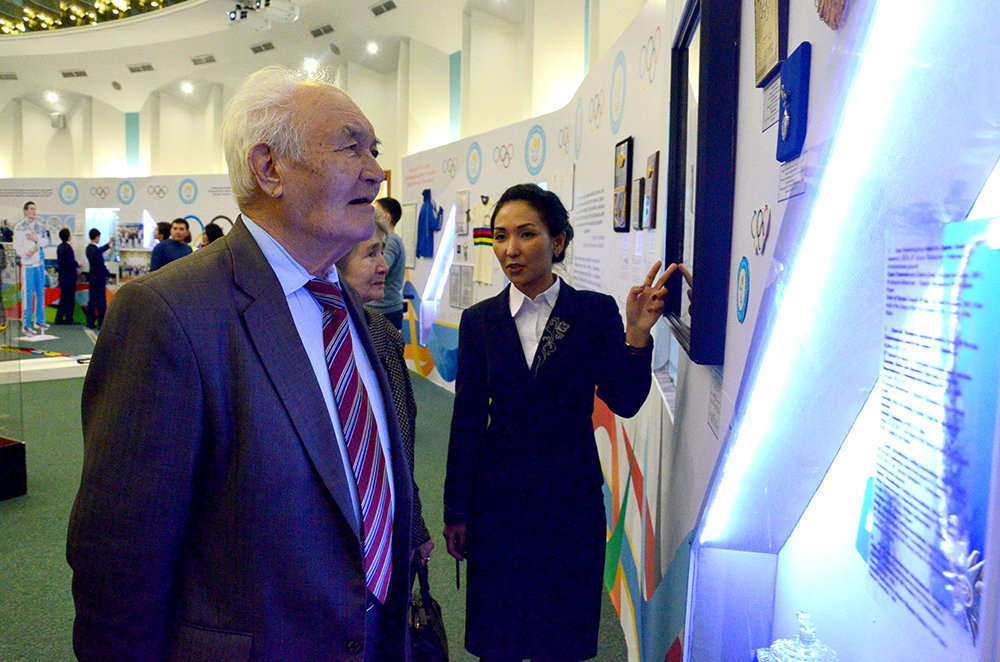 "For 25 years of Independence, our country reached great achievements in sports, the history of which can be found by visiting this exhibition. Thanks to our Olympic Committee for making it possible once again to recall the highlights of the Olympics. We are confident that for many people of Astana it would be interesting, especially for children - future champions", - said G. Manyurova.

As the Executive Director of the Library of the First President of Kazakhstan Beisembay Zhumabekov noted the chronology of major sports victories would be presented through the unique items, which were carefully collected and kept in the National Olympic Committee of Kazakhstan.

The organizers hope that the exhibition would be updated in parallel with the new achievements of our athletes. 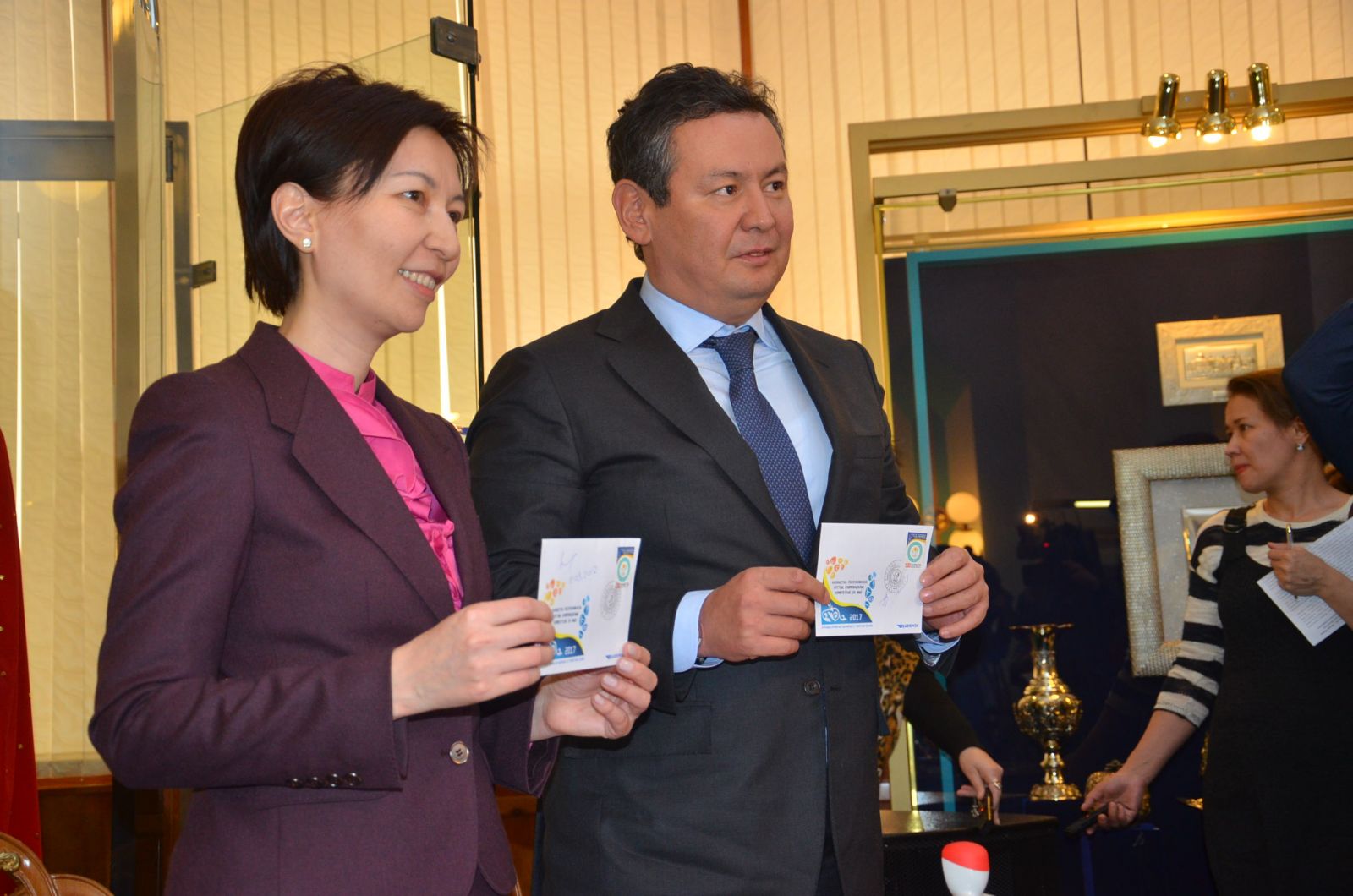 "Especially for this jubilee date JSC "Kazpost" prepared a series of commemorative stamps for commemorative dates, and today we witnessed the ceremony of stamps cancellation. Postage stamp is made by offset printing of four colors in the form of stamps sheet of eight stamps, perforation comb. We accepted UV paint elements of protection," - said a member of the Board of JSC "Kazpost" Aliya Dikanbaeva.

The exposition will run at the Museum Library of the First President of the Republic of Kazakhstan – the Leader of the Nation until May 2, 2017. 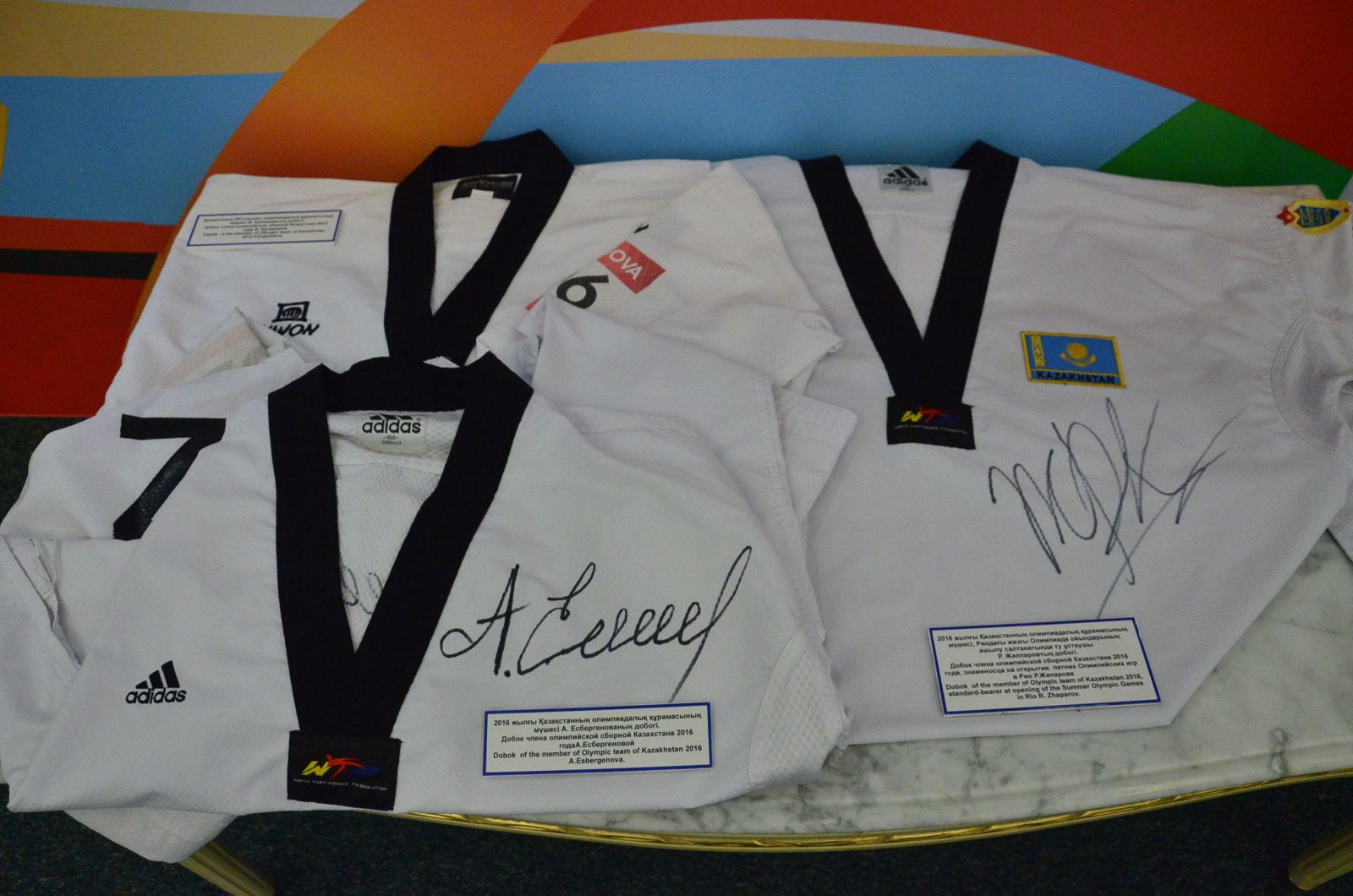