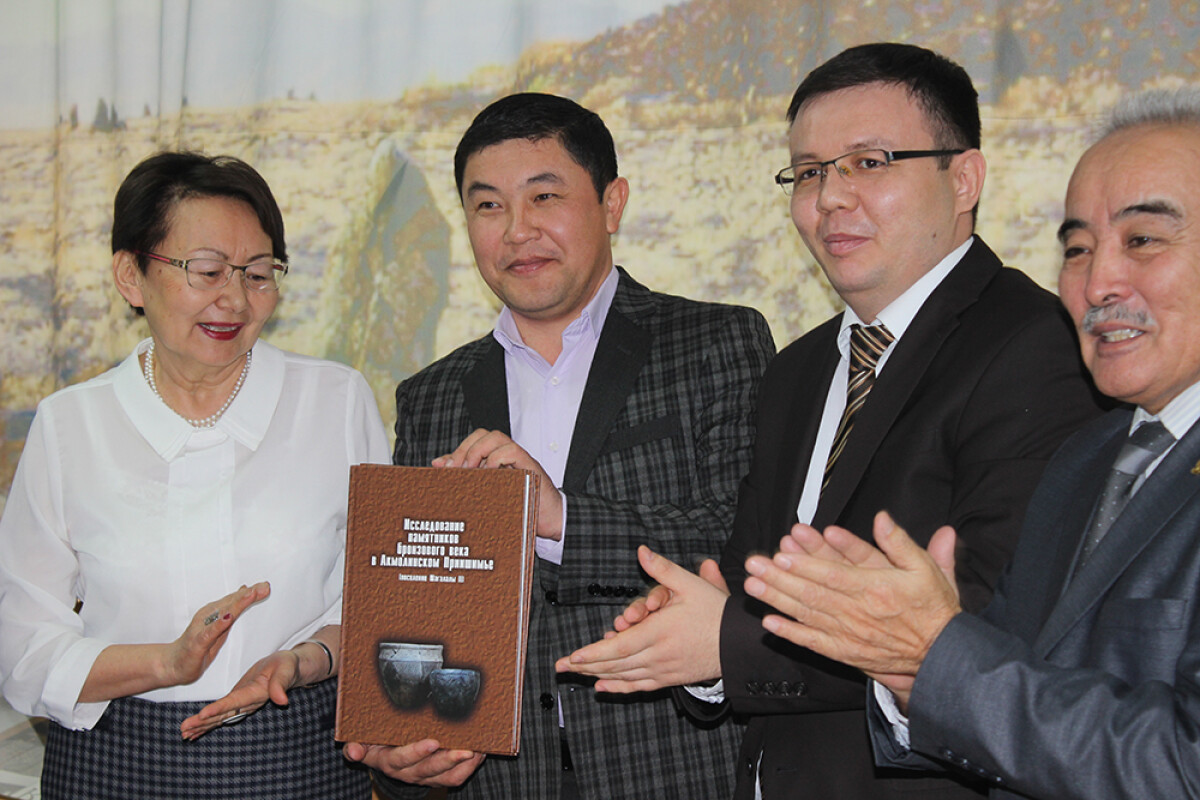 March 1, 2017 in the library "Otyrar" the presentation of a new monograph on the ancient history of Kazakhstan “Study of the Bronze Age monuments of Akmola (settlement Shagalaly II)” was organized

The book is published by a team of the Research Institute of Archeology named after K.A. Akishev and contains the results of years of research of one of the outstanding monuments of the Bronze Age - settlement Shagalaly II.

This was the first settlement of the Bronze Age, which was opened on the territory of Kazakhstan. For the first time the monument was opened by K.A. Akishev in the years of virgin expeditions 1954-1955. The settlement was on the river bank of Chaglinka 33 km south of the city of Kokshetau. Then the North-Kazakhstan archeological expedition was organized. They passed a huge area, territory. As K. Akishev recalled, there were no roads, state farms, the tselinniks hammered pegs in the desert, and there were no houses. The result of three years of work was an archaeological map of Kazakhstan, published in 1960. The first book was published in the USSR, which covered the monuments on the territory of Kazakhstan, at the center of the Eurasian steppes. There were no analogues of this. This edition is still required reading for all those involved in archeology.

During the last 7 years, since 2010, the Ishim archaeological expedition one of the main objects of stationary studies chose settlement Shagalaly II. The settlement is not chosen by chance. 4000 years ago on the banks of the river Chaglinka was a huge settlement, which covered a large area. Therefore, the monument is of great interest to archeology, it is a landmark and attracts the attention of all those interested in the Bronze Age, the history of the Eurasian steppes. 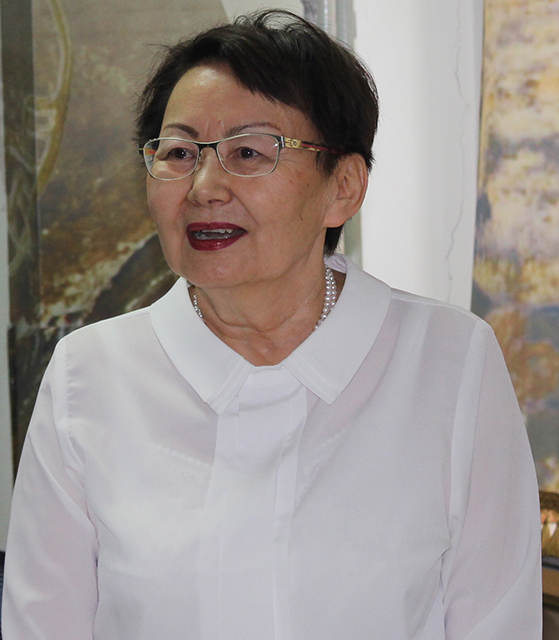 This monument is a stationary base of the archaeological practice of students of the historical faculty of ENU named after L.N. Gumilyov.

What is interesting is this settlement? About this told Ph.D., associate professor of ENU named after L.N. Gumilyov, director of the Institute of Archeology named after K.A. Akishev Maral Habdulina.

An excavation of any settlement for the archaeologist is a big job. This is a difficult, painstaking daily work.

One of the interesting facts found in this settlement was the discovery of pottery. Apparently this happened under the influence of tribes who came from Western Asia, lived in this settlement seasonally, they built two-storied houses, these buildings are not connected with the traditions of the Andronov culture, it is more reminiscent of Near Eastern tradition, when, as a building material was used clay and wood. And in the pottery they produced ovenware.

The archaeological science faces the problem of determining the age and dating. It is advisable to determine the age of the monument with an accuracy of up to one century. As artifacts obtained during the excavations, the date is - XIX-XVIII centuries BC. Settlement refers to the Andronov cultural-historical community.

Archaeologists believe that Androns were ancient arias, powerful tribes, who rode horses and managed to harness them to the chariot and made long transcontinental migrations. Our ancestors from our huge steppes mastered oecumene and spread from Greece to China first powerful vehicle of antiquity - the chariot. Routes of their movements preserved ancient rock paintings - petroglyphs and rock paintings of chariots.

The Bronze Age lasted almost a thousand years, and much was done during this period. Technological innovations in steel production, elaborate rituals in spiritual practice, the first system of religion - Zoroastrianism - all these are achievements of the Bronze Age. And Shagalaly II settlement did not disappoint scientists, allowing them to make at least 2 openings. 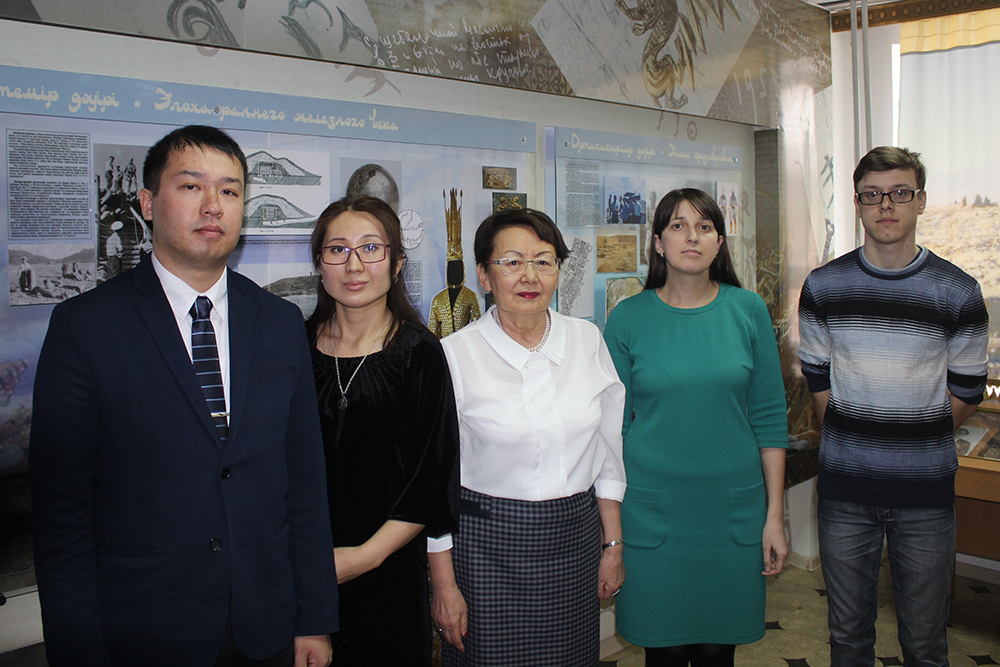 Firstly, pottery, local Andronov utensils and dishes made on potter's wheel were discovered inside the settlement. Technological analysis showed that these huge jugs and hums are made of local clay. This fact and pottery testify close cultural ties between Andronov tribes with the agricultural civilizations of the Near East and Central Asia. Many controversial issues of the origin of ancient ethnic groups and development of cultural processes open materials of the settlement Shagalaly II. From where did the potter's clay appear in the steppes of Kazakhstan? For decades, the scientific communities discuss this issue. What happened: perhaps people came from Western Asia, perhaps they brought with them pottery, ceramics from the Middle East. Products differ from the steppe ceramics on the paste composition and ornamentation.

The discovery of the remains of a pottery workshop with ceramic factions was a major discovery for the region and for the whole of the Eurasian steppes.

Another important finding was the discovery by archaeologists in the settlement of traces of two two-storey houses. People, who came from distant lands, built the dwelling. They have a design and architecture, which is not typical for the steppe zone of Kazakhstan. Dome vaulted great facilities such warehouses. The second floor, which is built on wooden pillars, covered with clay, this feature, which is not typical for the archeology of our region. These houses were somehow burned. Perhaps it was a ritual burning, because there was a lot of fire, burned not only these but also other houses built later.

Such discoveries in new way open the Bronze Age of steppe Kazakhstan for us.

M.K. Habdulina hoped that the ceramic findings will be duly examined and described, and the results will bring Kazakhstan archaeological science at the proper level.