Novel which glorified the country on the whole planet 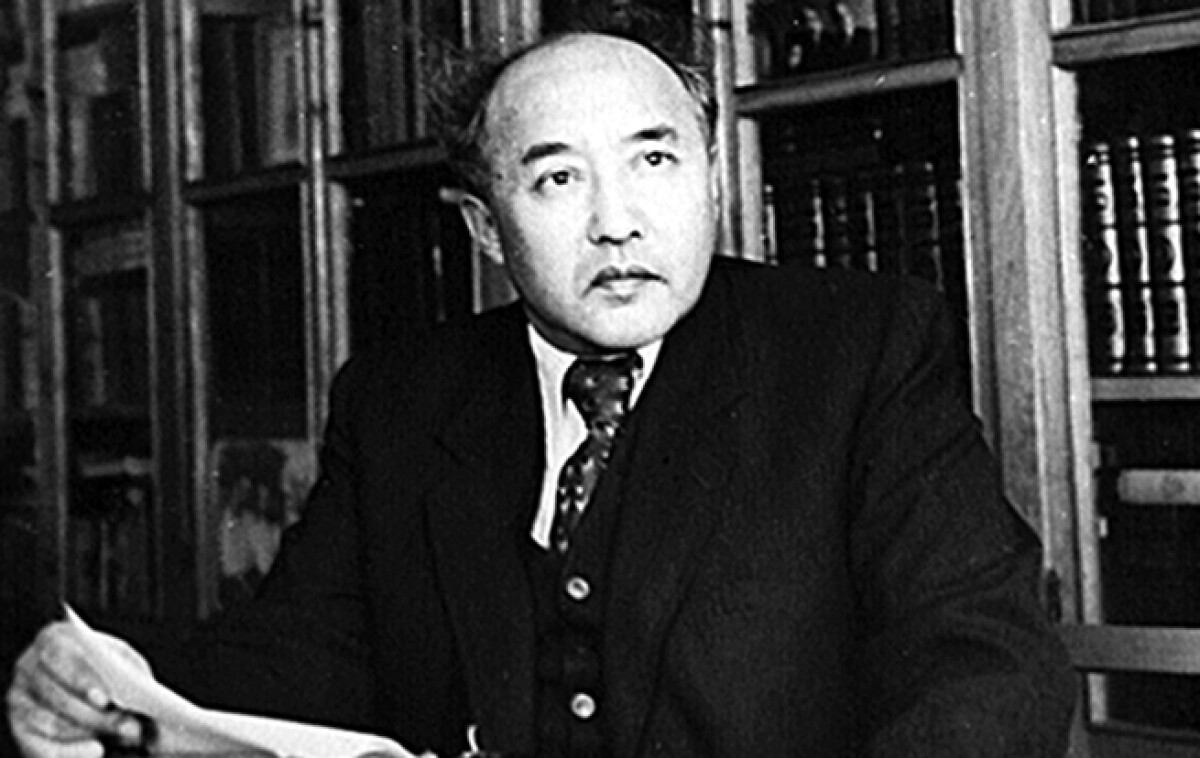 In the museum of Abay in Semey opened an exhibition with manuscripts of a writer Mukhtar Auezov dedicated to his 120th anniversary. The exhibition includes a number of topics related to the epic "Abay

Exposition "Abay's Way" which glorified the country on the whole planet opened in the State historical-cultural and literary-memorial reserve-museum of Abay in Semey dedicated to the 120th anniversary of the classic of Kazakh literature Mukhtar Auezov.

The exhibition is devoted to the most important work of the famous writer, playwright, scholar M.O. Auezov - novel-epopee "Abay’s Way".

A novel describes Abay’s life - the immortal national poet, educator and composer – it is multifaceted saga which covers huge and important period in the history of Kazakh people. 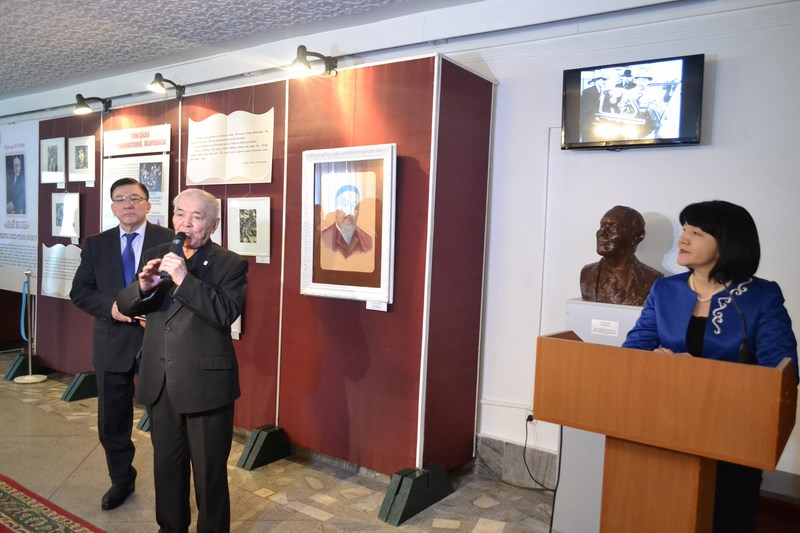 Several generations of the Kazakhs grew up reading the author’s works including his epic novel "Abay's Way", which reveals biography of the great poet Abay Kunanbaev. A famous scientist Kanysh Satpayev called this work an Encyclopedia of the Kazakh Life.

Indeed, the value of this work lies not only in that M. Auezov immortalized the great Kazakh poet, created his majestic, full of the life truth image, and not only in the fact that he gave an encyclopedia of the Kazakh people life for half a century, the meaning of the epic is that the novel became a national value in which a large penetration traced the deepest processes of formation of the Kazakh national character and found as gold veins in the ridges, those rich spiritual forces that lived among the people and was a key to its bright future. 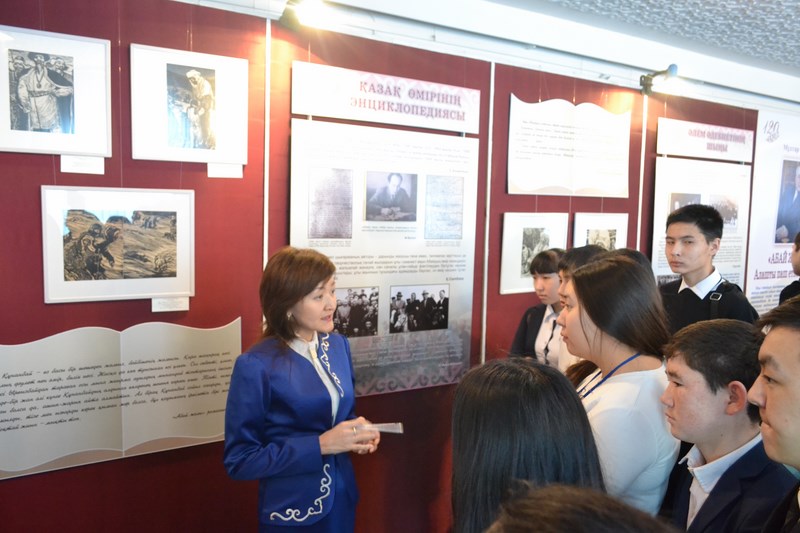 "The novel made our country known to the whole planet without exaggeration. The work is translated into many languages. We have editions in 30 languages. At exhibition we wanted to show the path traversed by the author during the writing of the work. We elaborated on studies of Mukhtar Auezov. As you know, a book on Abay's works was published after his death with the assistance of Kakitay and Turagul in 1904. Studying this collection, coming to an understanding of his character through his poems Auezov wrote his biography. It took him 15 years to unravel Abay’s soul. Auezov wrote four versions of Abay’s biography. The first of them, published in 1933 is exhibited at our stand. Its follow versions were written by him in 1940, 1945, and 1950. Also at the exhibition there are materials about the life of Mukhtar Auezov. He arrived in Semey in 1909 and lived here until 1925. We have data on how he organized a memorial evening dedicated to Abay, a component of the program. There are pictures of that time, when he taught at the Teachers College, the time of his student years held in Leningrad. There are letters of Murat Auezov to his son Murat, wife Valentina, a writer Kamen Orazalin. In 1955 Mukhtar Omarkhanovich visited India where he was given a gift made of tree service. In 1997 it was presented as a gift to the museum by the writer’s relatives", - told a leading researcher of the museum Nursulu Omirbekova. 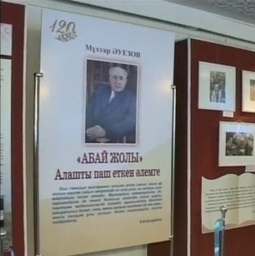 The exhibition also featured the works of famous artists such as Sidorkin, Aliakparov written on the book "Abay’s Way". The first visitors of the exhibition appreciated the paintings as well as unique items, many of which were first introduced to a wide audience.

Veterans of Labor, honorary citizens of Semey H. Mataev and N. Sembaev solemnly cut the ribbon and opened the exhibition.

During the opening the visitors were invited to watch a video about the life of Mukhtar Omarkhanovich. In turn a folk singer Argynbek Akhmetzhanov presented the museum his musical instrument. In honor of the anniversary of Mukhtar Auezov the exhibition will run throughout the year.

We recall that the house-museum was opened in Semipalatinsk in 1940. Such is the history of this two-storied mansion. It is known that Abay in addition to intense creative work was engaged in public affairs, enlightenment and charity. He wanted the children of his relatives sought for knowledge, went to the city and helped them in every way. Aniyar Moldabayuly is one of those whom Abay helped. At the insistence of Abay Aniyar studied in Russia and receiving a certificate of a lawyer returned to his home in Semipalatinsk. 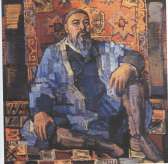 Built in the last quarter century two-storied house in which lived Aniyar Moldabayuly is preserved to this day. The great poet often stopped in it arriving to Semipalatinsk.

Well-known in the town house had every reason to be a memorial museum of Abay. Not by chance in 1940 it was chosen as an object to create a museum.

By the way, in 2009 was re-released most famous novel of Mukhtar Auezov "Abay’s Way" - now in four volumes and in a new translation into the Russian language. At this time the translated text is stylistically close to the original. Even 45 years ago a writer Abdizhamil Nurpeisov spoke about the necessity of a new translation of the novel. After all the previous version was not fully consistent with the style of Auezov. And all because that was created in a very short period of time.

Russian writer and translator Anatoly Kim brought trilogy of Mukhtar Auezov to a new life. It took him almost three years to "Abay’s Way" sounded in a new way. As the literary critics note a new translation gives the impression that the book wrote Auezov itself only in Russian.