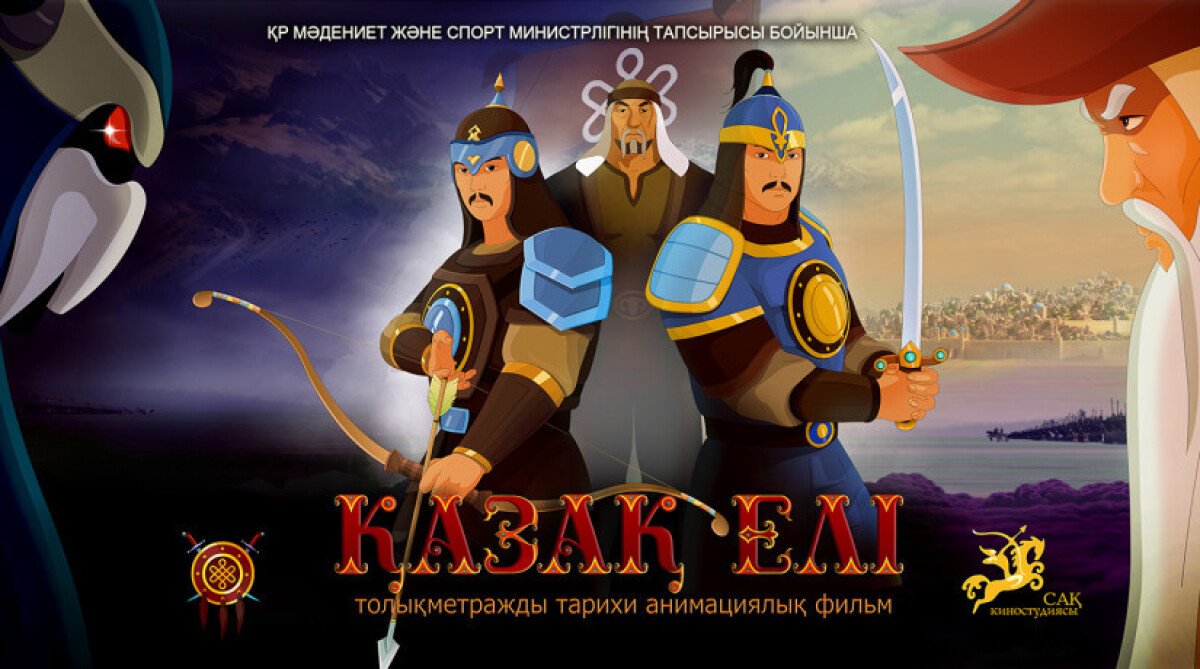 The cartoon "Kazakh Eli" was the best at the international competition. Film for children tells a story of the childhood and the period of future Khans - Zhanibek and Kerey growing

According to the press office of the "Kazakhfilm" studio, animated film "Kazakh Eli" returned to the X International Forum of animated films, which was held in Cairo, with a stunning victory.

As a result of the competitive program of the International Forum the cartoon won the award for the best full-length animated film. Also, honorary certificates for the music got a composer of the cartoon Ruslan Shynykulov and a musician Zhanbolat Adilov. 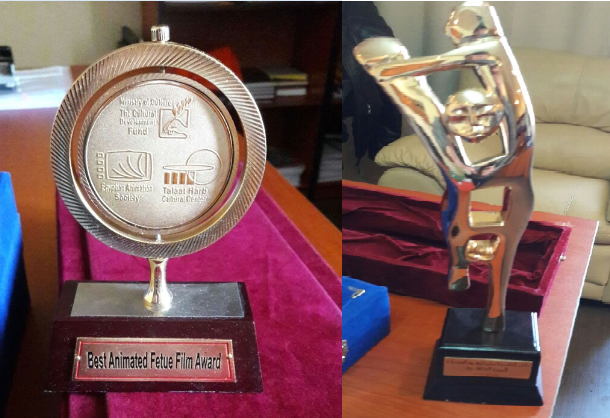 The cartoon tells about a threat which loomed over the steppe of Dasht-i-Kipchak ruled by the descendants of Genghis Khan. Abylhayr Khan was under the influence of dark forces. He sees in the younger Kerey and Zhanibek rivals, pretenders to the throne of the Khan, and tries to destroy them. But trained by their master - old Batyr, the sultans learned martial science, gained knowledge and wisdom to rule the people, overcame the dangers encountered. In the decisive battle Kerey and Zhanibek defeated the enemy, led the people and laid the foundation of the state.

We recall that the animated film "Kazakh Eli", shot by the film studio "SAK Dala" commissioned by the Ministry of Culture and Sports of Kazakhstan, came in a nationwide rental in May 2016. Cartoon strip, in the creation of which was used 2D and 3D-animation, tells the story of the childhood and the period of growing of the future Khans  Zhanibek and Kerey. Chief Consultants of the film were the Minister of Culture and Sports Arystanbek Mukhamediuly, Doctor of Historical Sciences Zhambyl Artykbay, as well as a writer, screenwriter Dulat Isabekov. Director of the film was Batyrkhan Daurenbekov. The film's budget amounted to 375 million tenge. 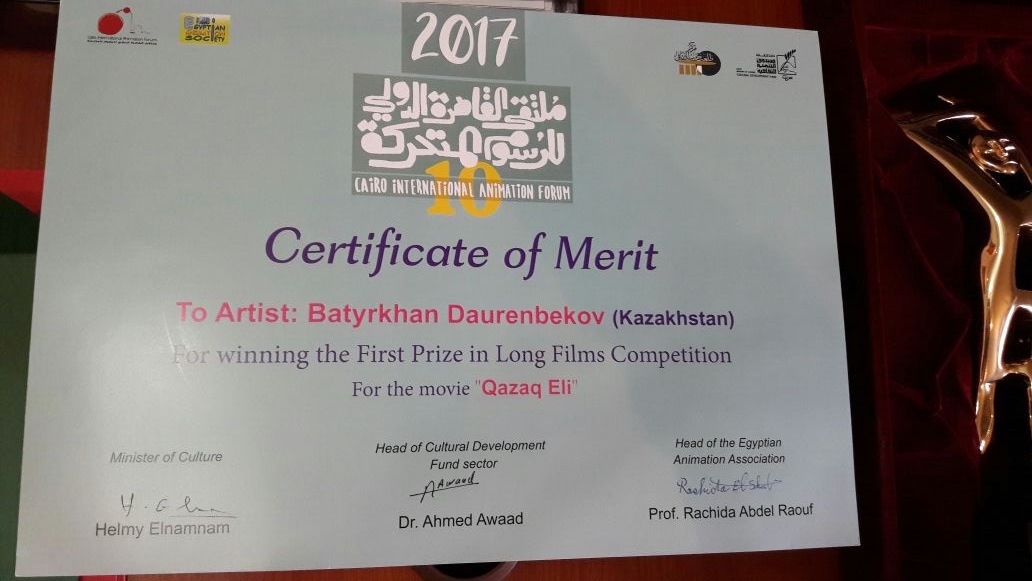 "I am very happy that our film was so highly appreciated abroad. It gives confidence and inspires us to new victories! Congratulations to the entire crew of the film", - said the director of the animated picture B. Daurenbekov.

According to a writer and a producer of the film studio "SAK" Bakhytzhan Kulzhabaev, representatives of the organizing committee of the Cannes Film Festival after watching the trailer already contacted with the creators of the animated film and said that Russia, Germany, USA and the United Arab Emirates expressed the desire to show this historic strip children of their countries, and animators urgently started to translate the film into Russian, German and English. 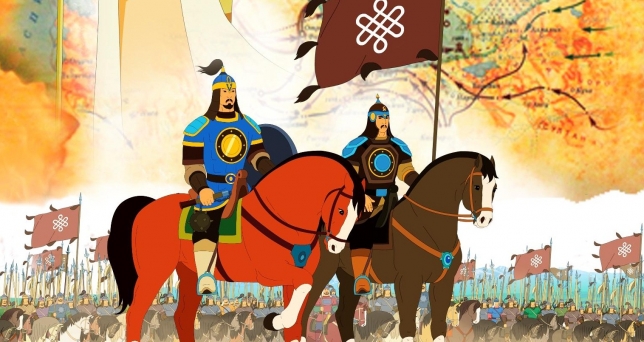 International Forum of animated films in Cairo, held annually in the capital of Egypt in February. The organizers of the festival are the Fund for Cultural Development and Association of Animation in Egypt. The main purpose of the festival is support for animated films, exchange of experience, and development of artistic and technical skills of young directors.