Home News History news The manuscript of Khan Kene’s son Akhmet: how was it found?

The manuscript of Khan Kene’s son Akhmet: how was it found? 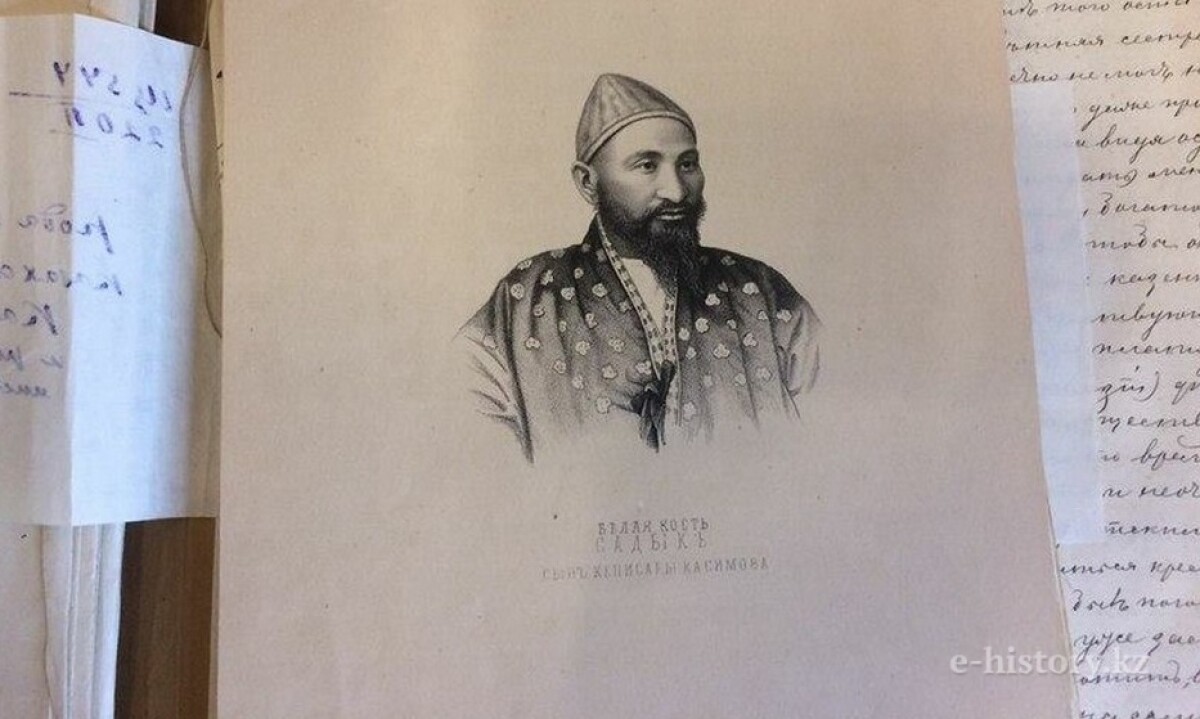 A correspondent of national TV channel "Kazakhstan" in Moscow Nurtas Soltanuly informed that there was found one document - the manuscript of the last Kazakh khan Kenesary Kasymov.

Original of the manuscript written by Akhmet Kenesarin became public after 105 years.

-What documents regarding Kazakh history are stored in Russian cultural centers? What can you say about the specialists who study these documents?

-In Russia, there are a lot of various documents relating to the history, traditions, and historical personalities of the Kazakh people. These documents are kept in archives, museums and research centers in Moscow, St. Petersburg. Our stories are closely related, because we are neighbors. During the Soviet period, in the era of the Russian Empire, they took all the valuable artifacts, documents found on the Kazakh land, and made it its "heritage".

Activities of museums, archives of Russia are still one step ahead of us. There are stored many documents on the Soviet era. Scientists, who study these questions, come there in order to get the necessary materials. Also, undergraduates and doctoral students are engaged in the special study there. In many large research centers and academies of Russia, there are sections dealing with the study of Central Asia, especially Kazakhstan. 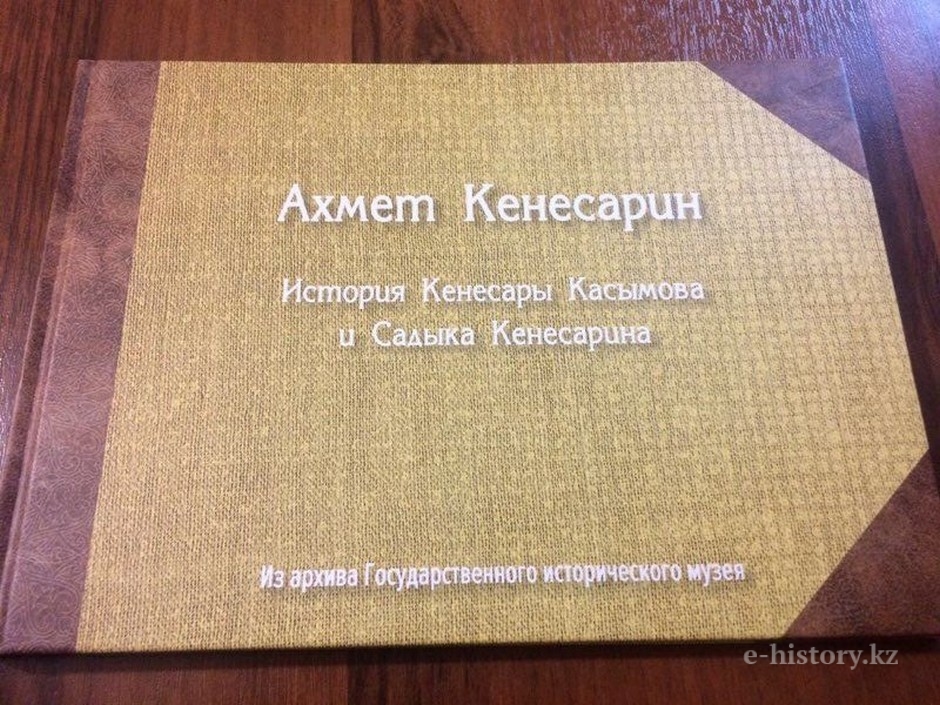 In Moscow, there are a few scientists I know: the daughter of the first Kazakh doctor of historical sciences Ermukhan Bekmakhanov Nailya Bekmakhanova, she is a doctor of historical sciences, senior researcher at the Institute of Russian History. N. Bekmakhanova - a scientist who made a contribution to the study of the history of the peoples of Russia, Kazakhstan and Central Asia in the XVIII-XXI centuries, including the problems of socio-economic and political history, international relations, historical geography, demography, cartography, history, law, historiography.

Among middle-aged scientists we can note Dina Akhmetzhanovna Amanzholova. Doctor of Historical Sciences, Professor D. Amanzholova is an honorary worker of higher education in Russia. Recognized by many scientists, she is known to many historians in Russia and Kazakhstan. The research topics of Amanzholova are "Alash" movement, ethnic policies of the Soviet era, the national question in the Russian Empire, ethnic, popular movements.

-Detection of the documents kept in the archives of Russia is very different from each other. In some documents they incorrectly wrote paraphernalia that is not specified where, when and how was obtained this document and, accordingly, these documents were published later. But in other situations, any document is among thousands untouched. In addition, many documents until now did not have permission. There are some documents that are kept secret to this day. Of course, there are a lot of materials that are not available to scientists. 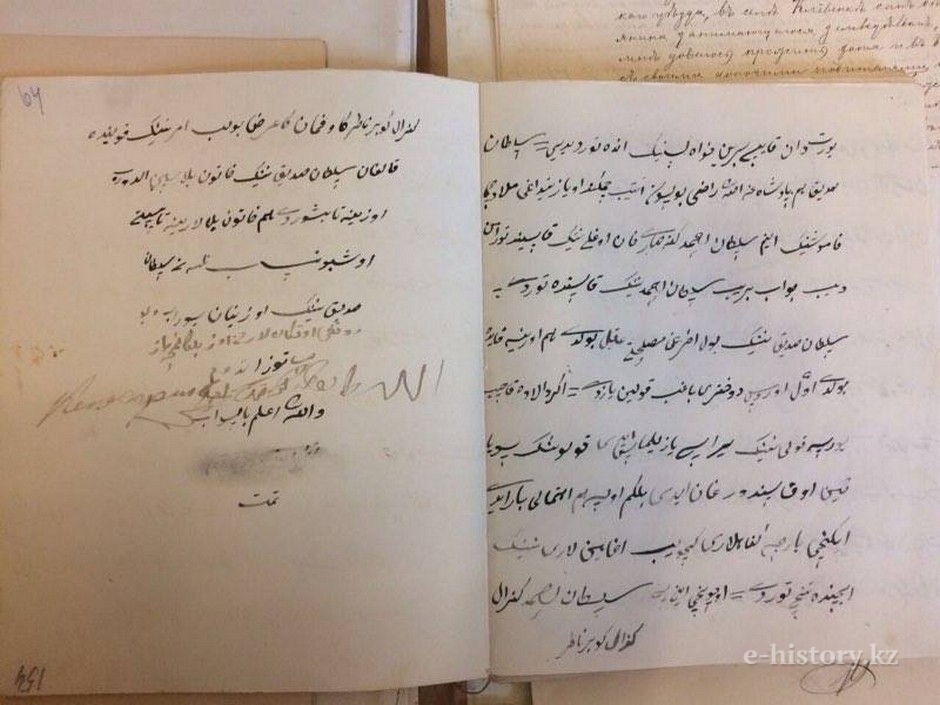 The latest news - discovered a book written by the son of Kenesary Akhmet Kenesarin in 1887, which was translated by the Russian scientist Evgeny Smirnov. In 1889 it was published in Tashkent. The most remarkable thing is that the original manuscript written by Sultan Akhmet was found after 130 years.

-How and by whom the manuscript was discovered? How was this book published? We read it in 1990s.

-Re-published book is called "History of Kenesary Kasymov and Sadyk Kenesarin". Sponsors of the printing of the book are the Embassy of Kazakhstan in Russia, and the National Welfare Fund "Samruk-Kazyna". The manuscript of the father and brother of author Akhmet Kenesarin was written in 1887. Employee of Syrdariya regional committee, local historian Yevgeny Smirnov asked Sadyk Sultan to write about his biography and the biography of his father. According to Smirnov, Sadyk Sultan did not know how to write, so he entrusted the matter to his brother Akhmet. He wrote these valuable data about his father with the words of his brother and his own memories. After receiving the manuscript, Smirnov published it in book form in 1889 in Tashkent. 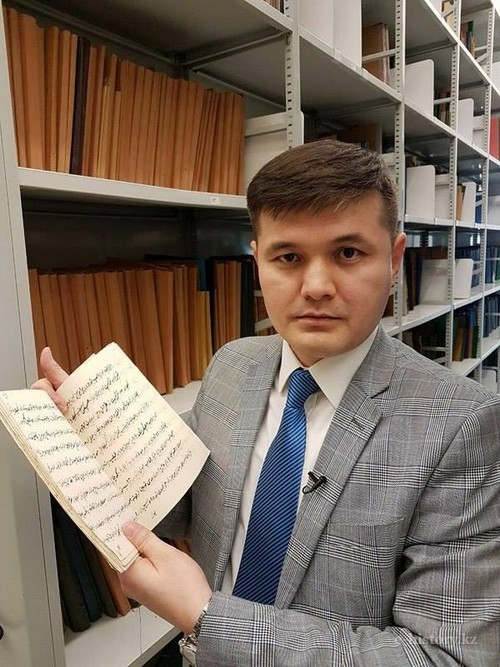 Since that time, the fate of the manuscript was unknown. Historians work on translation of Smirnov’s book. Thus, the manuscript, which disappeared in 1889, is found now, after 130 years.

In 1992, "Zhalyn" publishing house published a translation of Eugene Smirnov in the Kazakh language, which became the third edition of the book. The manuscript was kept in the State Historical Museum of Russia. As I said earlier, it is hard to find the documents where attributes are specified incorrectly. This happened to the manuscript of Akhmet Kenesarin. There are no answers, where, by whom and how this book was delivered. It was kept in the fund of Gradekov Nicholas, who was military governor in Syrdariya region, Central Asia researcher. And this fund is a collection of Peter Shchukin.

The famous Russian historian, specialist in Turkic philology Ilya Zaytsev organized the project of Islamic manuscripts and stumbled upon the work of Akhmet Kenesarin. He mastered the language, read the book and found that it was the manuscript of the book, which was published at the time by Smirnov. This happened in 2004. But the scientist had no time, and he decided to publish it until now.

-Of course, the manuscript is of particular value for the Kazakh culture. What is the difference between the original and its translation? What impressions it leaves in people who read it?

-The manuscript is of great historical value for the Kazakh people. Despite the fact of Smirnov’s qualitative translation, in some places it needs the precision and concreteness. Under the influence of politics, he changed the meaning of some issues.

For example, if in the first part of the book is written "Biography and activities of Kenesary Sultan", then translated it sounds "Reaction of Kenesary Khan to the Russian Empire." Also, there are a lot of mistakes about dates, names of lands and waters, tribes, names of rulers of Kokand Khanate and Tashkent.

The value of the third edition is that it leaves no doubt about the person, well researched these circumstances. Because there are presented two options at once: the original, written in Arabic script and translation of Smirnov, written in Cyrillic. Zaitsev also wrote some notes to the interpretation. Kazakh scientists now have the task to study the original manuscript and publish it in the Kazakh language. 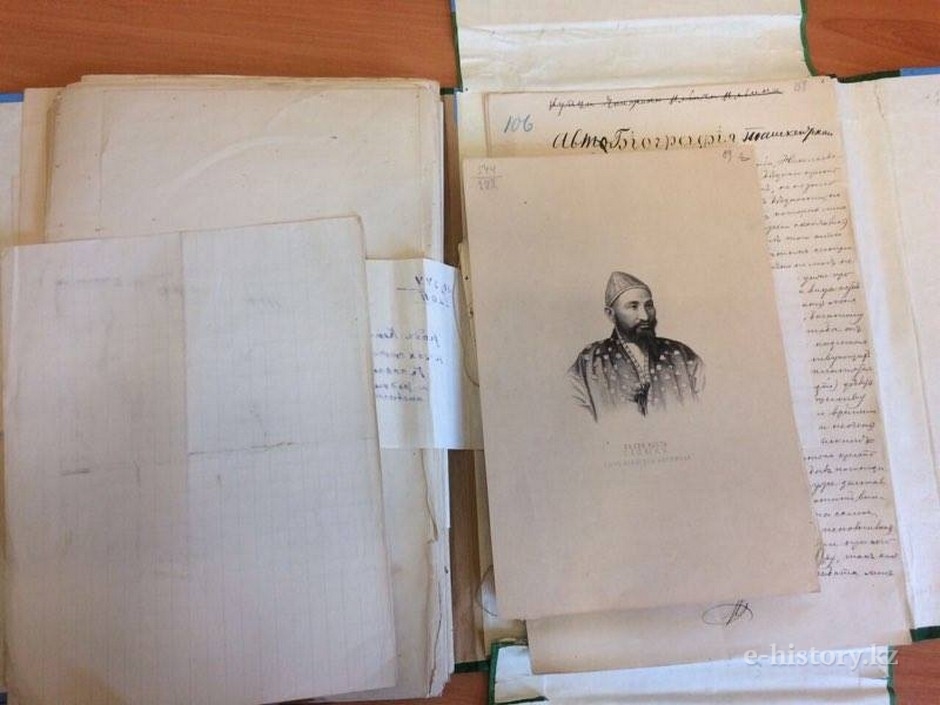 Russian State History Museum is not a special secret organization, by appointment and resolution here can come any reader and be familiar with this work. I myself felt the value of this document as soon took it in my hands.

The book is written in clear, simple language and easy to read. According to the researcher Zaitsev, Akhmet Kenesarin was a very educated man, with a great outlook. The book actually described Kenesary fight against Russia, his battle with the Kyrgyz. It is also written that after the death of Kene Khan, his son Sadyk headed Kokand army and participated in defense of Tashkent.

Taking advantage of the military tactics of his father, Sadyk ordered to make bulletproof clothing from a variety of grasses, reeds. Having armed his troops he managed to win the battle. All this is described in detail in the book.

-We were able to return to our homeland skull of Keiki Batyr. The next task is the skull of Kenesary. Is it possible to find it?

-I am glad that these valuable artifacts kept in museums and archives in Russia, return to their homeland. In the late eighties, we were able to return taykazan, last year returned the skull of the legendary Batyr Keiki. If we find the remains of Kenesary Khan, with the help of an interdepartmental committee and with the assistance of high-ranking officials it would be returned to their homeland. Most important thing is all of us have good intentions.

Thank you for the interview.