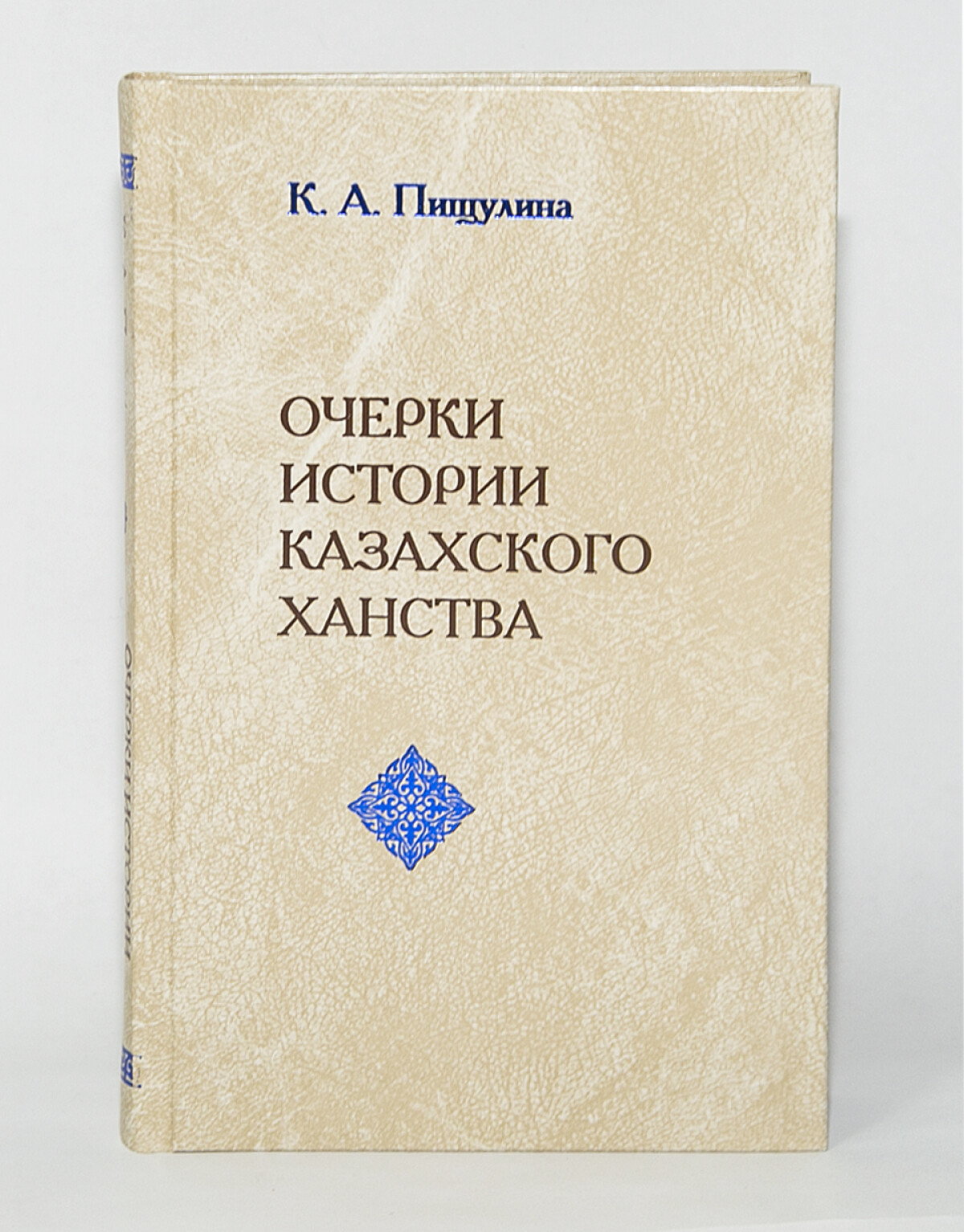 The book “Outline of the history of the Kazakh khanate” is the edition of works and articles of the progressive modern specialist in the sphere of the history of Kazakh statehood of late middle ages, ethnic, political and social-economic history of the Kazakh khanate, Mogulistan, Ak-Orda and the Khanate of Abul-Khair – later medieval states on the territory of Kazakhstan, Central Asia and Eastern Turkestan; Eastern written sources in Persian and Turkic, historian and orientalist, candidate of historic sciences Klavdia Pischulina. 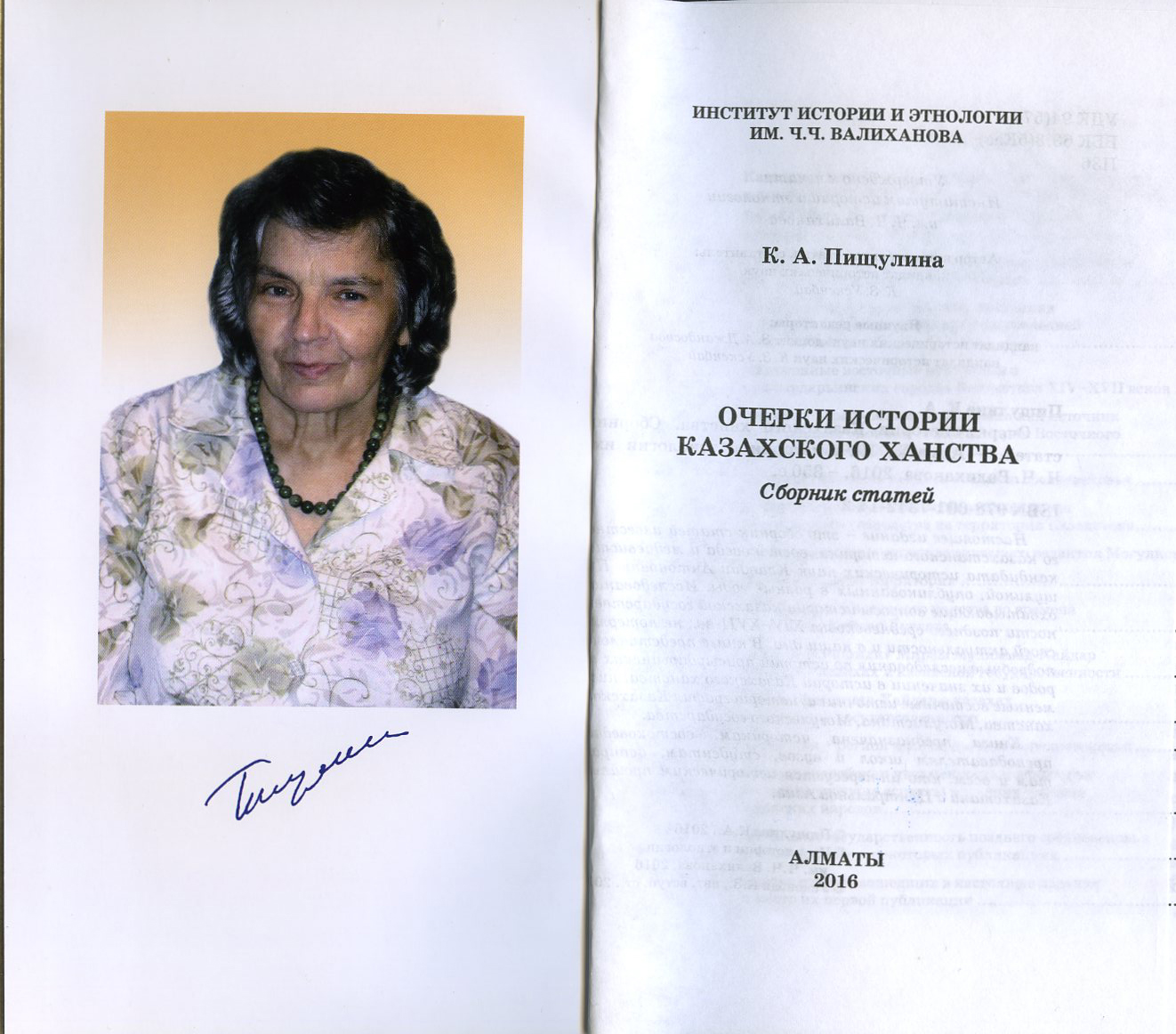 Some time ago, for the first time made scientific discovery of K.Pischulina after getting general recognition, became for young generation of Kazakhstan people the obvious fact of the historic past of their country, widely presented in various editions, monographies, textbooks, instruction books, encyclopedias. The book united known and little known works of the author, written by her in different years. The edition, issued as the start of the series of scientific works of the lead historians and orientalists of Kazakhstan, called to supplement the historiographic lacuna, appeared in the conditions of serious sufferings of historic science of sovereign Kazakhstan.

Research and articles of Klavdia Antonovna, many of which entered the golden fund of Kazakhstan Orientalism and historiography, will help new generation of historians develop the scientific and sensible approach to the study of the past of Kazakh people. All the works of K.Pischulina, the unequaled specialist in the sphere of the history of the Kazakh khanate, ethno genesis and ethnic history of Kazakh people, based on detailed and high professional research of rare manuscripts from the present foreign archives of St. Petersburg, Tashkent, and other cities. 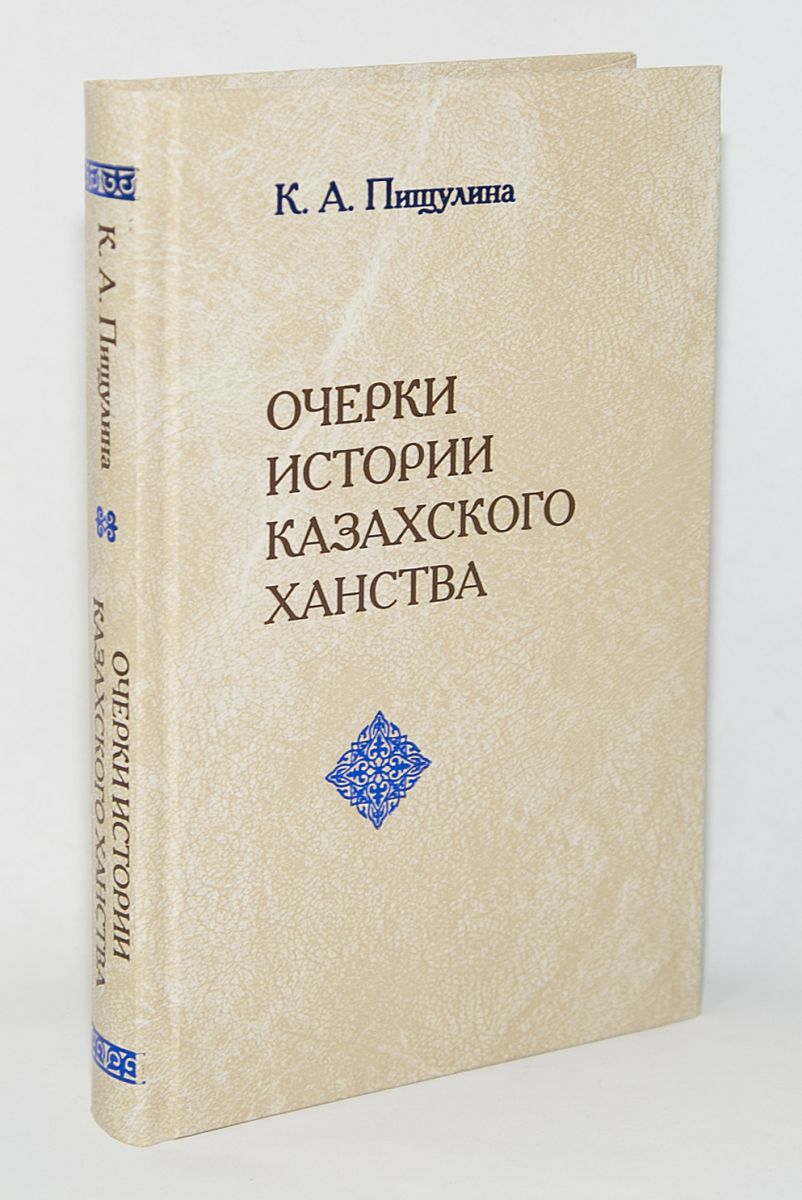 She was the first one to translate to Russian the difficult to read Muslim medieval works in Persian, researched, commented, wrote on their basis the history of Kazakhstan and Central Asia. Much of her research was issued out after gaining by Kazakhstan the state sovereignty.

Many of these problems came out in the new edition of “History of Kazakhstan since ancient times to our days” (Volume 2, Almaty. 1997), also “History of Kazakhstan. Outlines” (Almaty, 1993). In these first fundamental researches of independent Kazakhstan was first undertaken the try in a new way to look at the past of Kazakh people. Besides, K.A.Pischulina – the author and coauthor of certain new textbooks and instruction manuals for students of universities and schools. She published various articles not only in scientific editions, but also in media. Along with other scientists of Kazakhstan defended the history of Kazakh statehood, ethnic territory of Kazakhs.

A number of her modern articles are dedicated to the popularization of scientific methodology in historic research. K.Pischulina criticizes the light attitude to the historic past, free usage of sources. These moments are especially valuable in present conditions of search and formation of historic methodology of modern Kazakhstan. 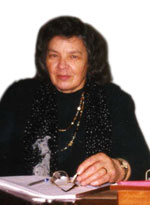 Also was the editor and constant author of many-volumed editions of “History of Kazakh SSR”, later “History of Kazakhstan”, “Kazakh encyclopedia”. Through these editions many of her scientific discoveries found their own reader and gained recognition. Klavdia Antonovna Pischulina, person of unusual energy, workability, being the recognized and authoritative scientist in her sphere, possesses the remarkable modesty and simplicity. She made a huge contribution to the study of the history of Kazakh people, their most significant key issues. “Tireless researcher of Kazakh Middle Ages” as reported her St.Petersburg colleague and opponent Professor Tursun Sultanov, is held in general esteem among historic society of Kazakhstan.

Not little was done by Klavdia Antonovna for preparation of new generation of historians-mediaevalists in Kazakhstan, together with her work and continue her business her pupils.

Klavdia Antonovna is an amazing mother and grandmother of nine talented grandsons. His children today is a famous Kazakhstan politician and economist Oraz Zhandosov, Iranian and Afghanistan, Docent SPbGU Zarine Dzhandosova and designer Laal Dzhandosova. Today the biography and scientific activity of K.Pischulina became the object of encyclopedic description. She was devoted the articles in new many-volume national encyclopedia in Kazakh and Russian, are issued separate scientific and scientific-popular articles, which open various sides of her activity.