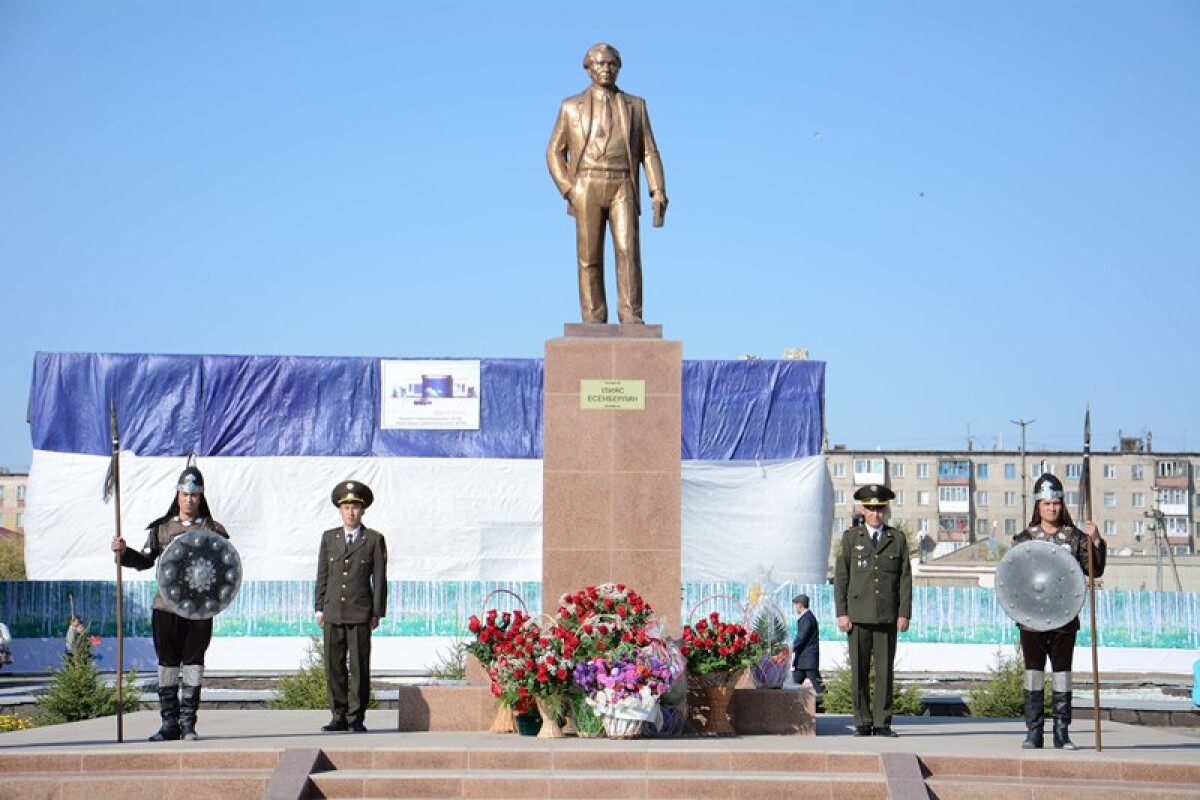 Today the Kazakh writer Ilyas Yesenberlin would turn 101 years. His name even in the course of his lifetime became the legend

“Central part in the work of

“Nomads” which differs with epic scope,

dynamics of action, live and unrepeatable

Ilyas Yesenberlin was born 10 January 1915 in the city of Atbasar Akmola oblast and at the age of 5 he was left an orphan. After the finishing the junior school Ilyas went to Kyzyl-Orda and started to study in the boarding school. In 1940 after finishing Kazakh Mining and Metallurgical Institute we was directed to the work in Dzhezkazgan, and in the autumn he was called up for the Red Army. At the end of war I.Yesenberlin married a daughter of the shot one in 1937 People’s Commissar of Justice Khamza Zhusupbekov and brought a widow of the former political prisoner of the People’s Committee from ALZHIR,. who was under observation from NKVD.

In 1949 he was arrested and sentenced to 10 years of camps. Upon the release he worked in the Ministry of Geology KazSSR, later the Head of the administration of Bersugir mine. Since 958 – the Editor of Script Editorial Board of movie studio “Kazakhfilm”, since 1962 – the Editor of Kazgoslitizdat, since 1967 – the director of the edition “Zhazushy”, then the Secretary of the Board of directors of the Union of writers of Kazakhstan (1971-1975). 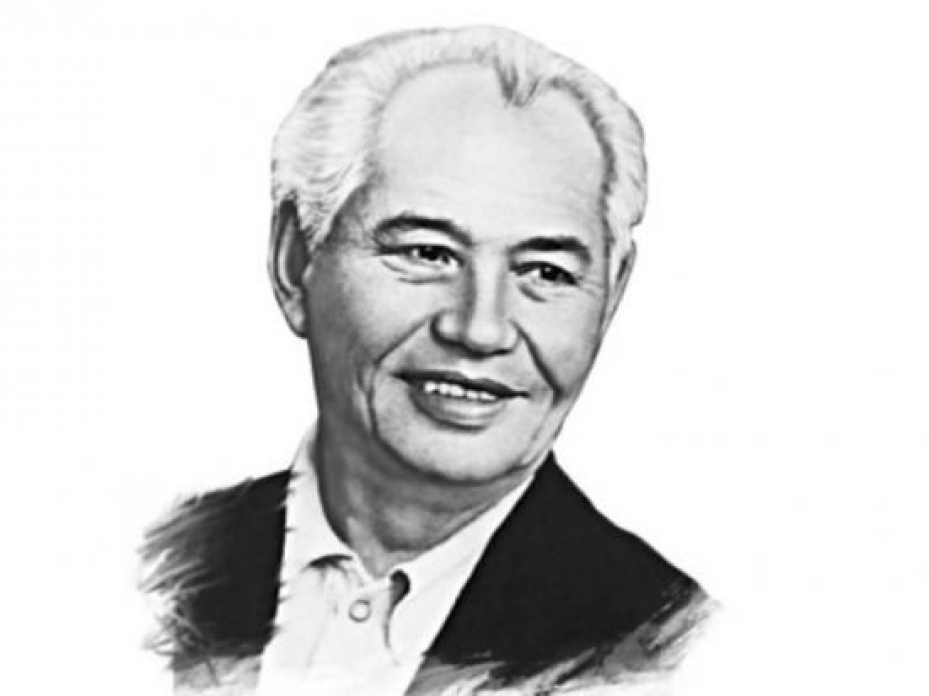 In Kazakh literature of XX century Yesenberlin does not have the one on equal terms on the volume of circulation – over 8 mln books. To a large extent, owing to his works, we get to know about the sources of the Kazakh statehood. His literature works – nation’s patriomony. Ilyas Yesenberlin is one of the first writers who wrote in the Soviet period the great works on national history of Kazakhs. His works “Golden Horde”, “Nomads”, which grasp seven centuries of our history, express the full picture of the steppe civilization and Kazakh statehood. His historical trilogies on political weight and informative value are one of the greatest, most monumental works of national prose of last century.

During his life Yesenberlin wrote nineteen novels and two trilogies, that were translated into 30 languages of the world, including Japanese. Ilyas Yesenberlin has three daughters and one son – the youngest child in the family. Even in 1960-s Ilyas-aga for the first time among people of art in his books raised the issues of rehabilitation of such great sons of our people such as Magzhan Zhumabayev, Akhmet Baitursynov, Alikhan Bukeikhanov, Shakarim.

And he gave to his first grandson the name of not recognized by the ideologists of that time M.Zhumabayev as the sign of protest, showing the personal example. In early 50s he gave to his son “unpopular” at that time name of the hero from Kazakh folklore “Kozy-Korpesh and Bayan-Sulu”, knowing that with this burden in life  it will be difficult for his son. 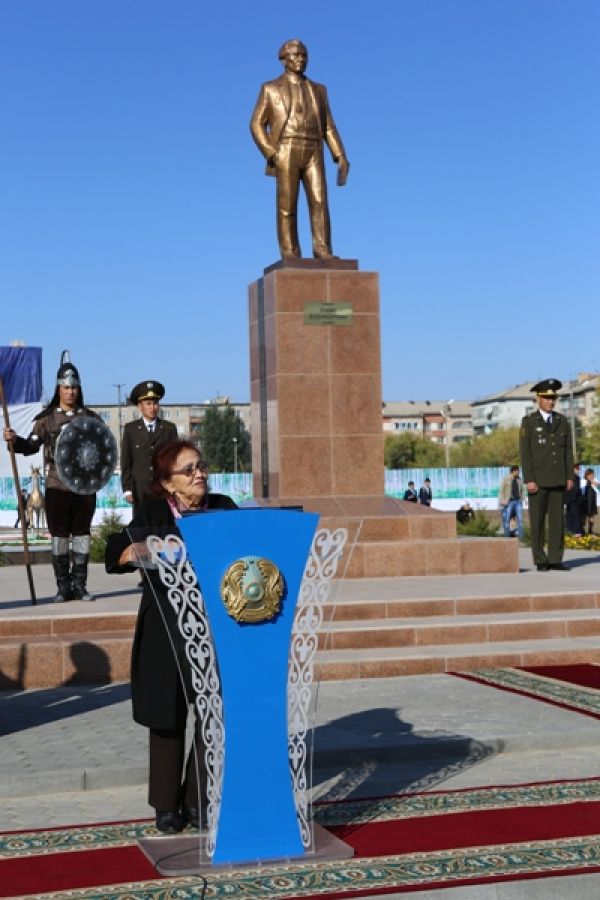 As writer’s son Kozykorpesh Yesenberlin told, his father was 40, when his long-awaited son was born.

“Granddad was calm, kind, loved his family, especially, children. I remember that my father told me that when he was little the granddad Ilyas carried him in his arms sleeping to school. And I was born he was glad that the bearer of family name was born”, - remembers his grandson, writer Magzhan Yesenberlin. And Yesenberlin was a laureate of the State premium of the Kazakh SSR named after Abay (for the book “Encounter”, 1968 y.). Also, he was given such awards as:

- the Order of the Red Banner of Labor

– Order of the Badge of Honor

- Medal “For the defence of Leningrad”

In 1999 in Atbasar was created the Museum of writer, called by his name. In the museum are kept about 2000 exhibit items: personal items of Yesenberlin, letters, books and manuscript, dombra, family photos and even a desk at which he wrote his works. In the turn of jubilee dates of last years the 100th anniversary since the day of birth of nationally favorite writer Ilyas Yesenberlin whose name is written with golden letters into the formation `of the Kazakh novel of XX century, took the special place. Jubilee was widely celebrated in all the regions of the country and far abroad.

In native Atbasar appeared the monument to Ilyas Yesenberlin, the height of which is 3 meters. Before the participants of the festive ceremony appeared the cast in bronze silhouette of the chronicler of the Great steppe. His look was directed to the east, to the sunrise of the sun. “Ilyas Yesenberlin was born in our city, here went by his children’s years, from here he set off to the great life path”, - underlined the Secretary of the district Maslikhat B.Borumbayev. Today, the name of Ilyas Yesenberlin carries one of Atbasar streets, district library, secondary school. Delivering the speech at the opening of the monument, writer Raushan Bashikova’s daughter thanked all the Akmola residents and, certainly, the author of the monument – sculptor Ivan Sedletskiy. 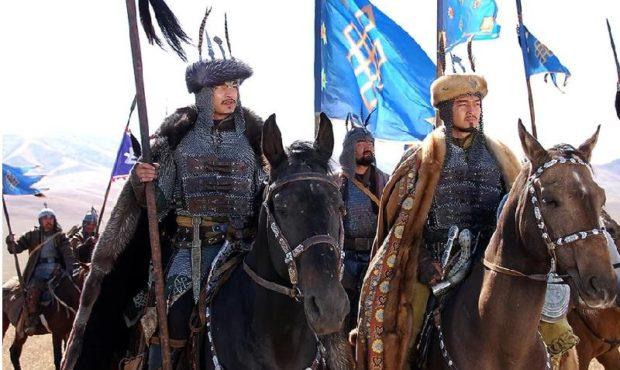 Today, the first film of the project “Kazak eli” – “Almas kylysh”. The movie has big historic and educational meaning. The film was shot on the basis of Ilyas Yesenberlin’s novel “Almas kylysh” from the trilogy “Nomads” and is the part of the “Kazak eli” project.

For the shootings of the  movie were attracted thousands of people. The film was released in Kazakh and Russian, in the movie were also used Dzhungar and Northern Mongol dialects.