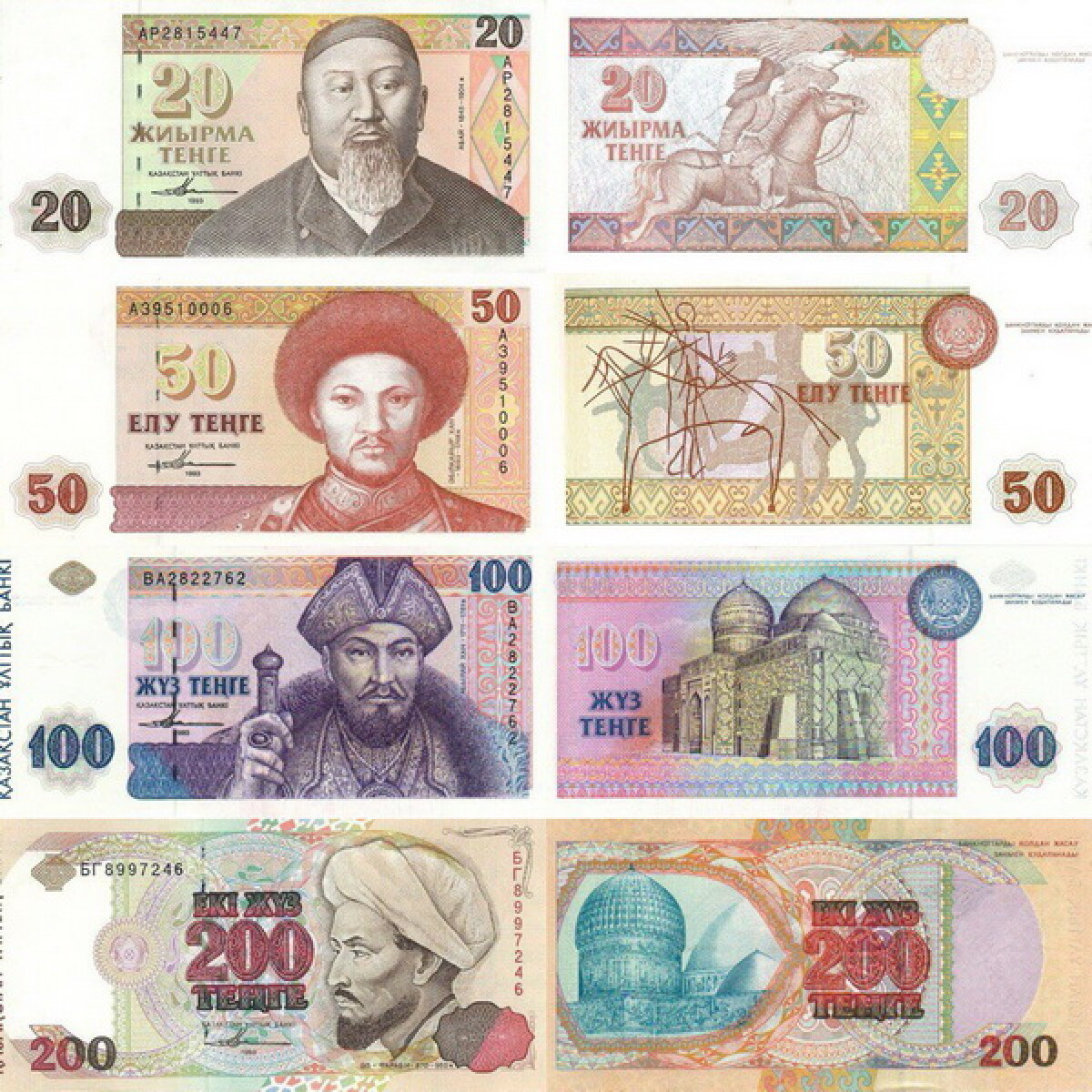 Numismatic exhibition was carried out in Akmolinsk oblast historical and local history museum.

According to the words of the PR manager of Akmolinsk local history museum Murat Musin, partner of the given project became the Akmolinsk branches of “National bank”, “Zhilstroysberbank”, “HALYK BANK”, “Kaspi bank”.

The project is designed to popularize the historic and cultural heritage of independent Kazakhstan through bank notes. To introduce the history of their birthday since the ancient times till modernity, history of the emergence of national currency. National currency as well as the Anthem, Flag and Emblem relate to the number of the most significant elements of the statehood. 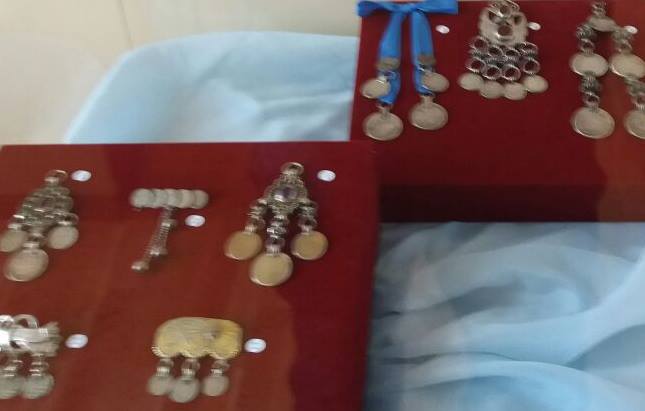 “It is important to note that today’s event carries out within the framework of the celebration of the 25th anniversary of the Independence of our republic. For the years of the sovereignty Kazakhstan passed many tests from which we went out stronger and more experienced.

As a result, for today Kazakhstan is the equal partner of the international society, to the meaning of whose listen and with the opinion of whose defer. Recently, Kazakhstan was elected a non-permanent member of the UN Security Council.

It testifies about respect, which uses constructive foreign and domestic policy of our country”, said Murat Musin. To the Independence of Kazakhstan turns 25 years, national currency – 23 years.

Introduction of tenge in November 1993 became one of the most important events in the chronology of our independent state, necessary condition for the conduct of native social and economic reforms.

With the launch of currency in the country started the new stage of history. Kazakhstan developed and adopted the own national currency under complicated conditions. Early 90s was quite difficult period for the adoption of such fateful decision: large-scale fall of the production and fracture of economic ties, collapse of money and credit relations among former union republics.

National currency gets across to us the whole portrait gallery of historic persons, pictures of various monuments, reflects in its pictures mythological plot, everyday scenes. At the exhibition were presented the bank notes, circulating on the Great Silky way, found in the excavations of ancient settlements Otrar, Taraz, Baryskhan, Saraichik, bank notes of pre-revolution Russia, bank notes issued in different years of the Soviet power.

Photos of making national currency in Kazakhstan at RSE “Kazakhstan Monetary HBRK” and RSE “Banknote factory HBRK” are presented in one of the sections of the exhibition. 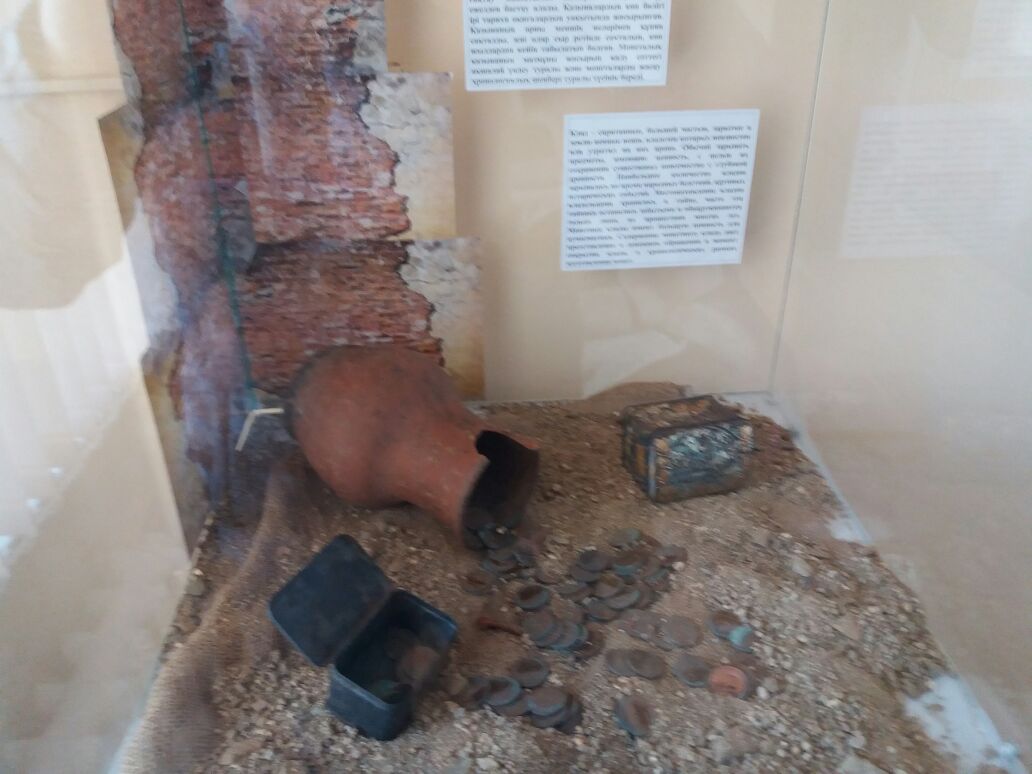 As the initiators of the project marked, in the course of the study of the museum collection of bank notes were elected the bank notes since the period of the Middle ages till modernity for the future exhibition and catalogue of numismatic collection. At the base of the exhibition are carried out the museum classes, lectures, excursions, popularizing the history of Independent Kazakhstan through bank notes.

The organizers underlined that the presence of the stable national currency is one of the main criteria of the development of market relations and economic independence of any country.

National currency of the Republic of Kazakhstan in the form of jubilee coins and bank notes was presented on the pages of special editions and booklets. The organizers of the exhibitions even made the unique excursion into the past, visitors could see “alive” working instrument of the accountant – the abacus, first cash tills - both automatic and electronic.

In general, Kazakhstan coins and banknotes got the wide popularity in the world, many of them became the desired exhibit items in the collections of numismatists. The visitors of Kokshetau exhibition could recognize what bank notes gained various international awards and prizes.