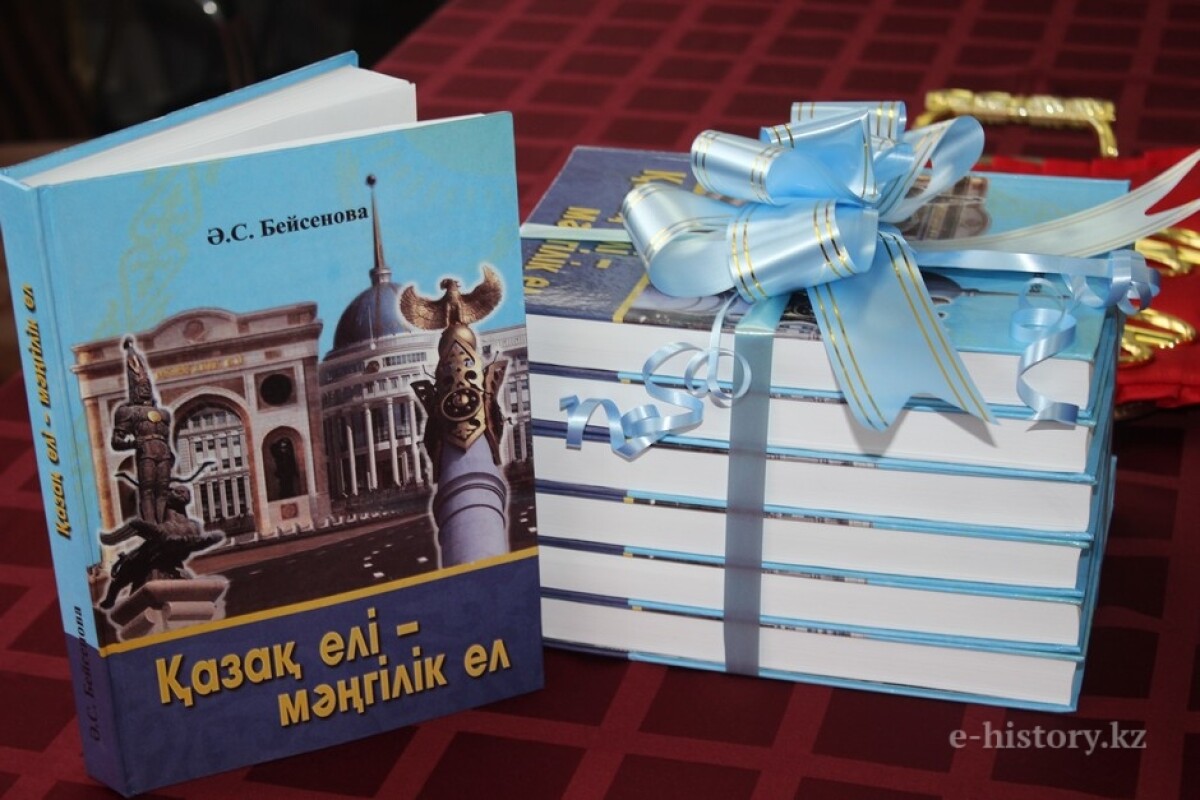 The author of the book developing the national idea Mangilik el – Kazak eli, described in the works of the Head of state, ties development of history with characteristics of development of nature

In Eurasian national university named after L.Gumilyev was carried out the presentation of the book of the Doctor of Geographic Sciences, professor, academician NAS RK Aliya Beisenova “Kazak eli – Mangilik el”.

The author of the book, developing the national idea Mangilik el – Kazak eli which was described in the works of the Head of the state connects the development of history with the trend  of development of nature. Also, it grasps the whole history of our state and tells about the activity of outstanding personalities, making contribution to the formation of our country.

The festive ceremony was opened by the Rector of Eurasian National University named after L.Gumilyev Yerlan Sydykov and expressed gratitude to the attenders for the delivered time. Yearlan Battashevich told that the book of Aliya Beisenova bears the load of the formation of historical consciousness of people. “I consider that the book “Kazak eli – Mangilik el” wrote by the public activist, great pedagogue, scientist, academician Aliya Beisenova is very valuable work. In it in detail is described the idea “Mangilik el” proposed by Yelbasy. “Mangi el” was born from the idea of the formation of the wholeness of Kazakhs since the times of the Hunnes, Sakas and Turks till our days. The main purpose of this work – formation of historical consciousness, formation of ties with today. From this point of view, I believe that this book is gaining special meaning”, - said the head of ENU. 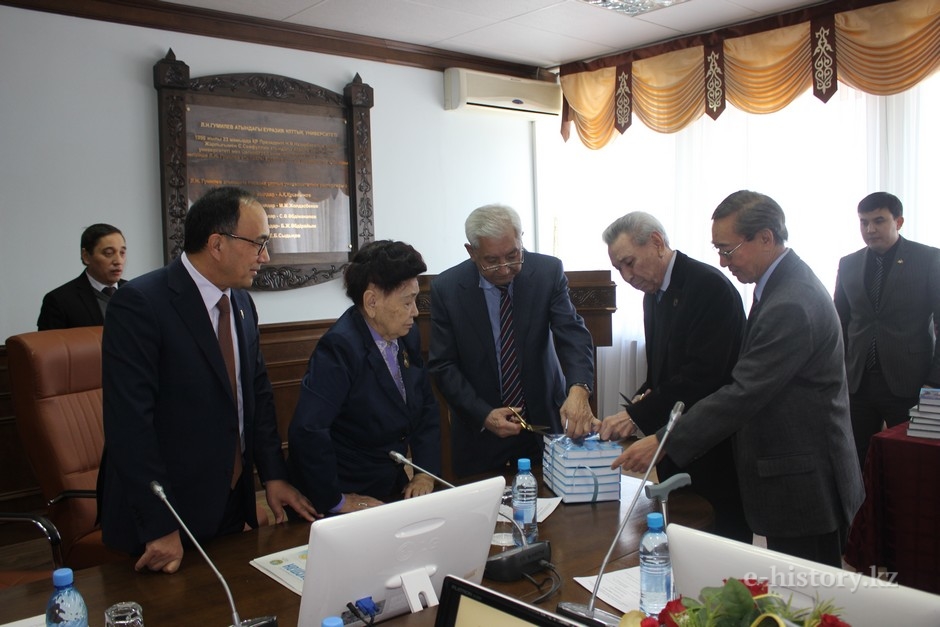 The honour of cutting the ribbons at the presentation of the book “Kazak eli –Mangilik el” fell to a well-known activist Myrzatay Zholdasbekov and academician of the National Academy of Sciences RK Seyit Kaskabasov. The state and public activist, scientist Myrzatay Zholdasbekov expressed the warmest wishes and several times noted that the book “Kazak eli – Mangilik el” tells on the new history of independent Kazakhstan.

“In Aliya Beisenova’s book the idea of “Mangilik el” is expressed consistently. The history of Kazakhs, history of the Kazakh khanate are told in it. Also, about  the great sons of people, historical personalities. Kazakh land, its nature. Ancient historical cities. The ideas of the ancestors about Kazakhs and Alash became the main themes of the work. Also, in the book is described the fate of our people in the Soviet time and becomes the basis for new history of independent Kazakhstan”, - told M.Zholdasbekov. 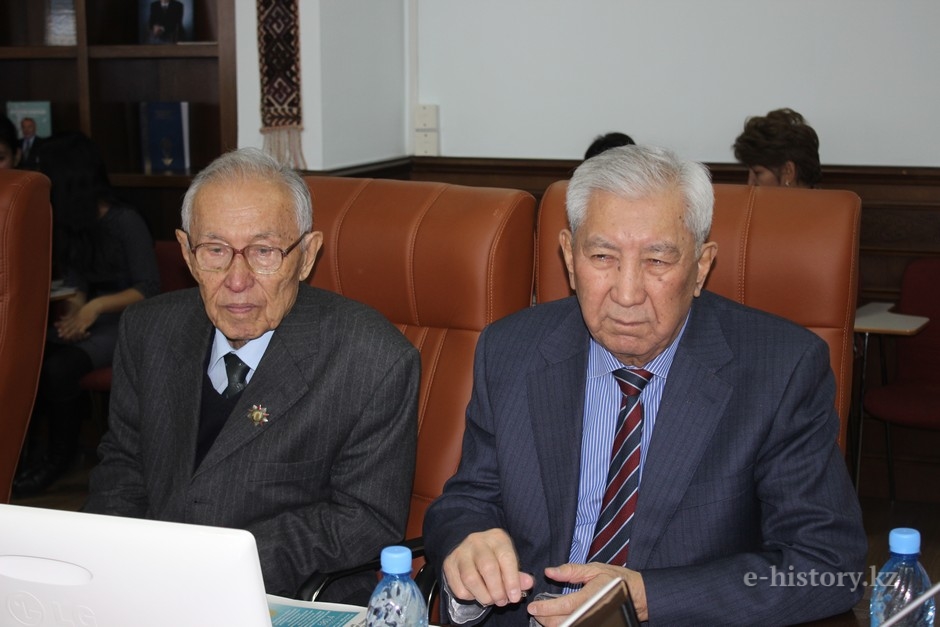 Popular historian, academician NAS RK Bolat Kumekov: “This book is dedicated to the 25th anniversary of independence. For these 25 years a lot was reborn. We gradually started regulating the complicated issues. Kazakh eli is as the alternative of Kazakhstan. The book “Kazak eli – Mangilik el” is the work which goes deeply into the history. Aliya apay – geographer. She is a scientist, studied the world geography very well. The peculiarity of her works are in the following: before writing the geographic works she conducts the complex analysis. That is, she applies historical data and literature, cultural, spiritual wealth. In the writing of this book the author saved that method. 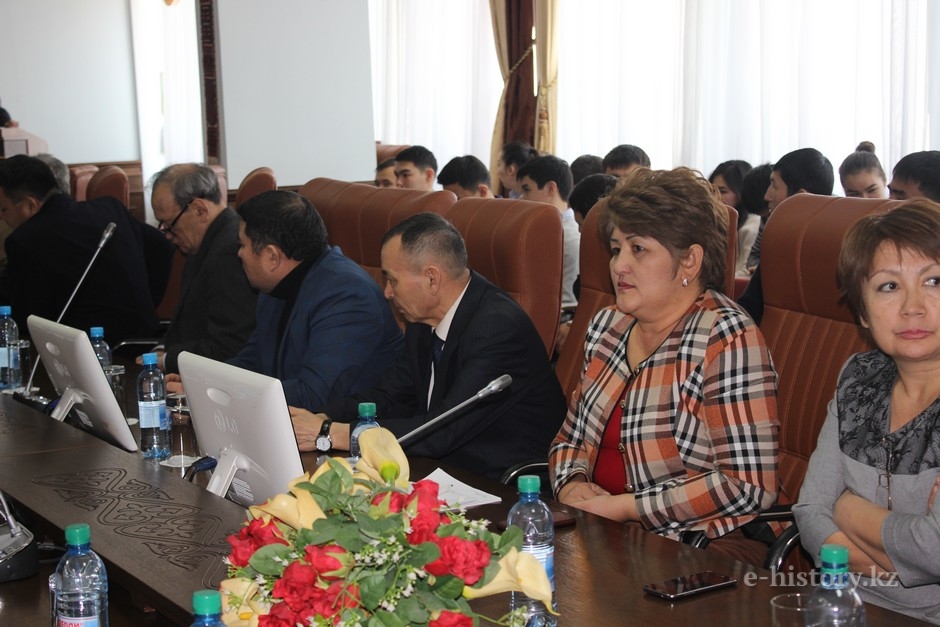 “Kazak eli is the idea. This idea was proposed by Yelbasy. One more peculiarity of this book – here each reforms, beginnings of the Head of state for 25 years are described. The profitable position of this work is that it starts with geographical data. We, historians touch upon the history of people. Geographists pay attention to nature, history of land. The history starts with geographic data. It is a very rightful approach. If to take from methodological point of view”, resumed Bolat Kumekov. For the presentation of the book were invited state and public activists, representatives of state services, activists of clerk, scientists-academicians.