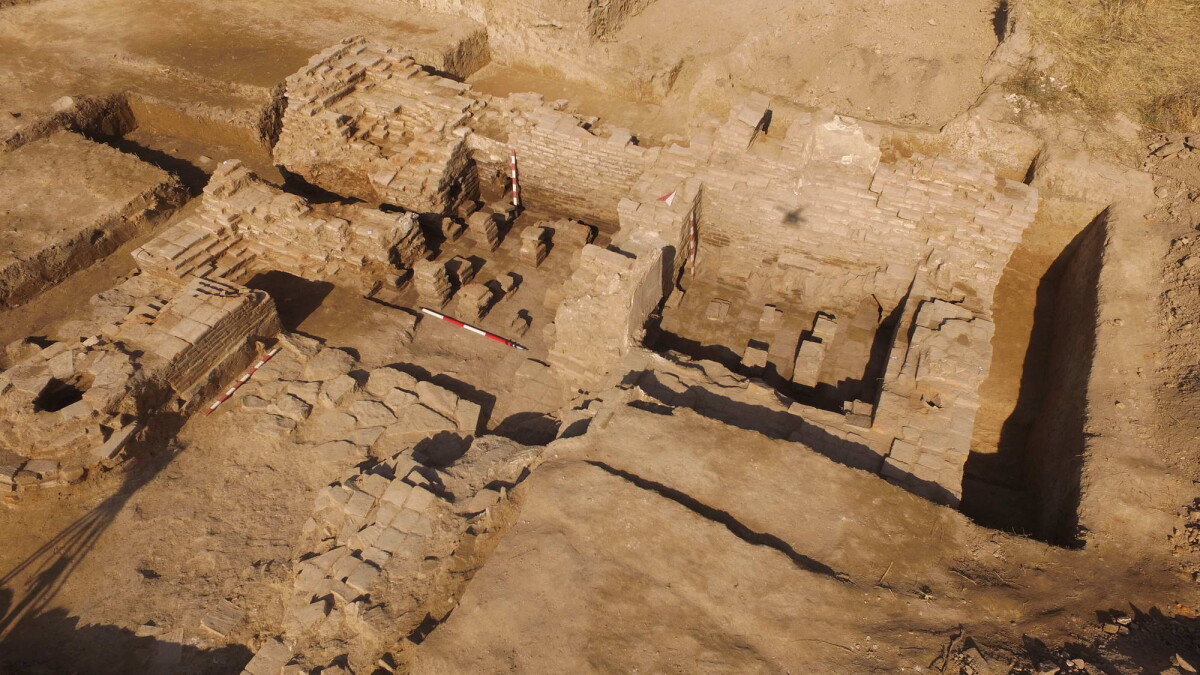 The expedition of the Institute of Archaeology named after A. Margulan made a sensational discovery in Khankurgan settlement

In Kazakhstan since ancient times there were large areas of urban culture. These include above all the South Kazakhstan and Semirechye. In IX - beginning of XIII centuries Mankent city, Otrar in Farab district, Keder rate, cities Vesidzh and Burukh were appeared. In Shavgar appeared Iassi and Shagildzhan, Karnak and Karachuk, Shur (Suri), large city Sauran, and in the lower reaches of Syrdarya - Sygnak, Yangikent, Jend, Asanas, Barchikent. On the northern slopes of Karatau were Balaj and Beruket, in the middle of Syrdarya - Syutkent.

And recently, the archaeological expedition of the Institute of Archaeology named after A. Margulan made a sensational discovery. In the study of the theme "Ancient and Medieval History of Kazakhstan in the light of archaeological research" on the program "People in the stream of history" Khankurgan settlement located near Madeni aul was studied. 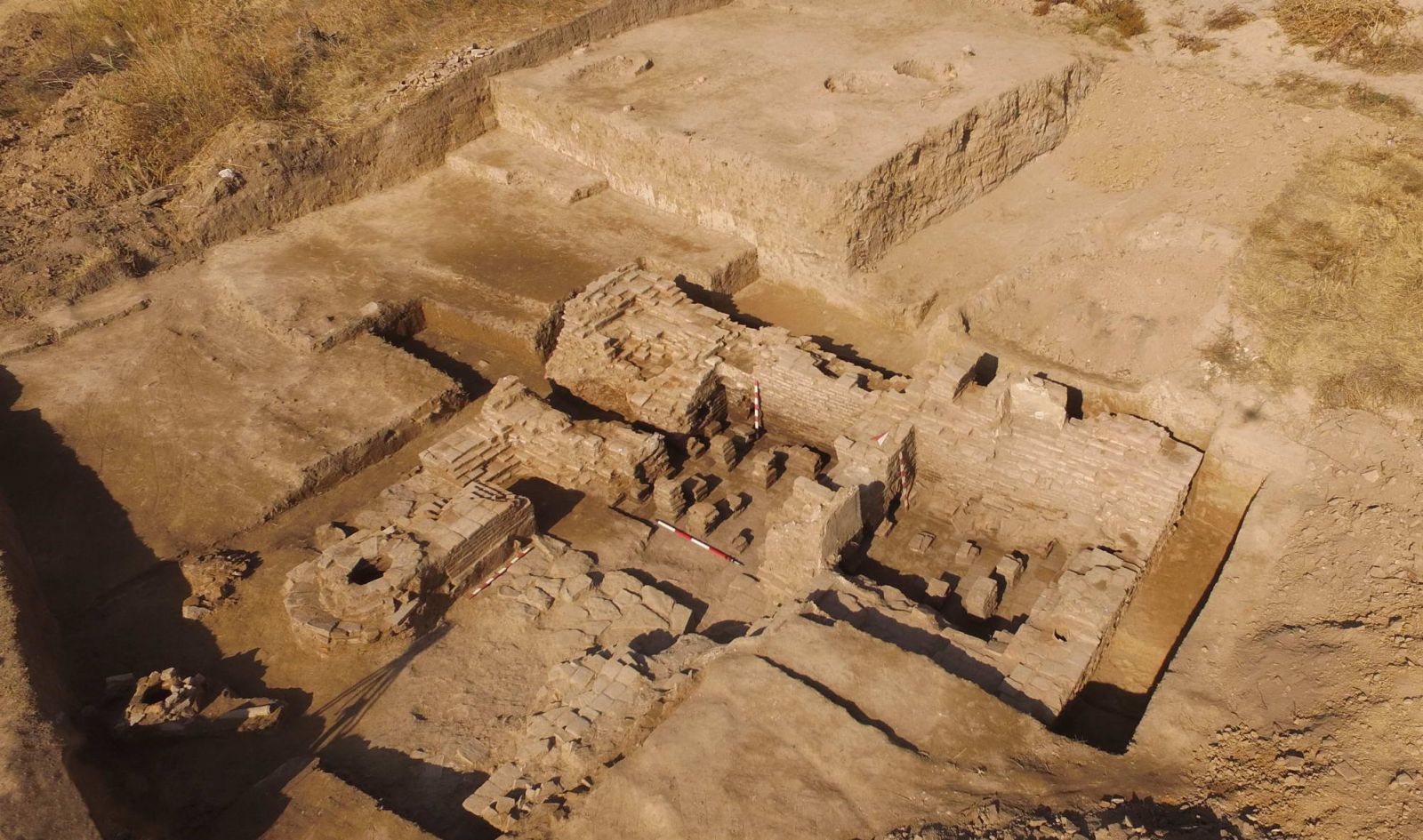 Stratigraphic boreholes showed Khankurgan was a multilayer settlement. According to archaeologists, it appeared in VI-VIII centuries. South-Kazakhstan cities, as well as Central Asia settlements, traditionally consist of three parts - the citadel, shakhristan and rabad. Citadel is most fortified central part of the city or fortress, in which were the palaces of the rulers, the interior of which was decorated with paintings, carved clay and carved wood. Shakhristan - the basic core of the city (the residence of the ruler and the nobility). Rabad - suburban craft areas located outside of shakhristan. 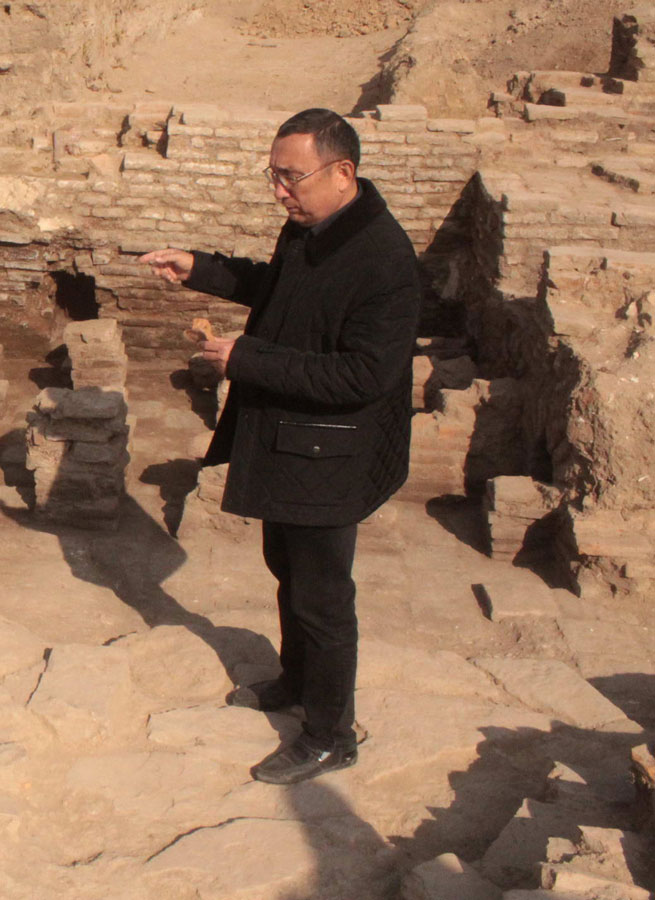 In IX - XII centuries cities were required to have a mosque, located in its center. Cities existed as a trading settlement on the Great Silk Road routes, so bazaar assigned weighty role. In the X - XII centuries in the southern Kazakhstan cities appeared banyas. In big cities, there were a few dozen of banyas. Among the public buildings banya occupied a prominent place. For example, two banyas were excavated in Otrar rabad in XI - XII centuries. Such a structure, scientists discovered in Khankurgan settlement. The ancient building was built of square bricks. Wall thickness of 90 cm laid in four rows.

In its structure, construction and detected objects the building resembles the city banya. This is confirmed by the presence of the sewerage system, lined with ceramic pipes, sump, two baths to wash, rooms to relax. 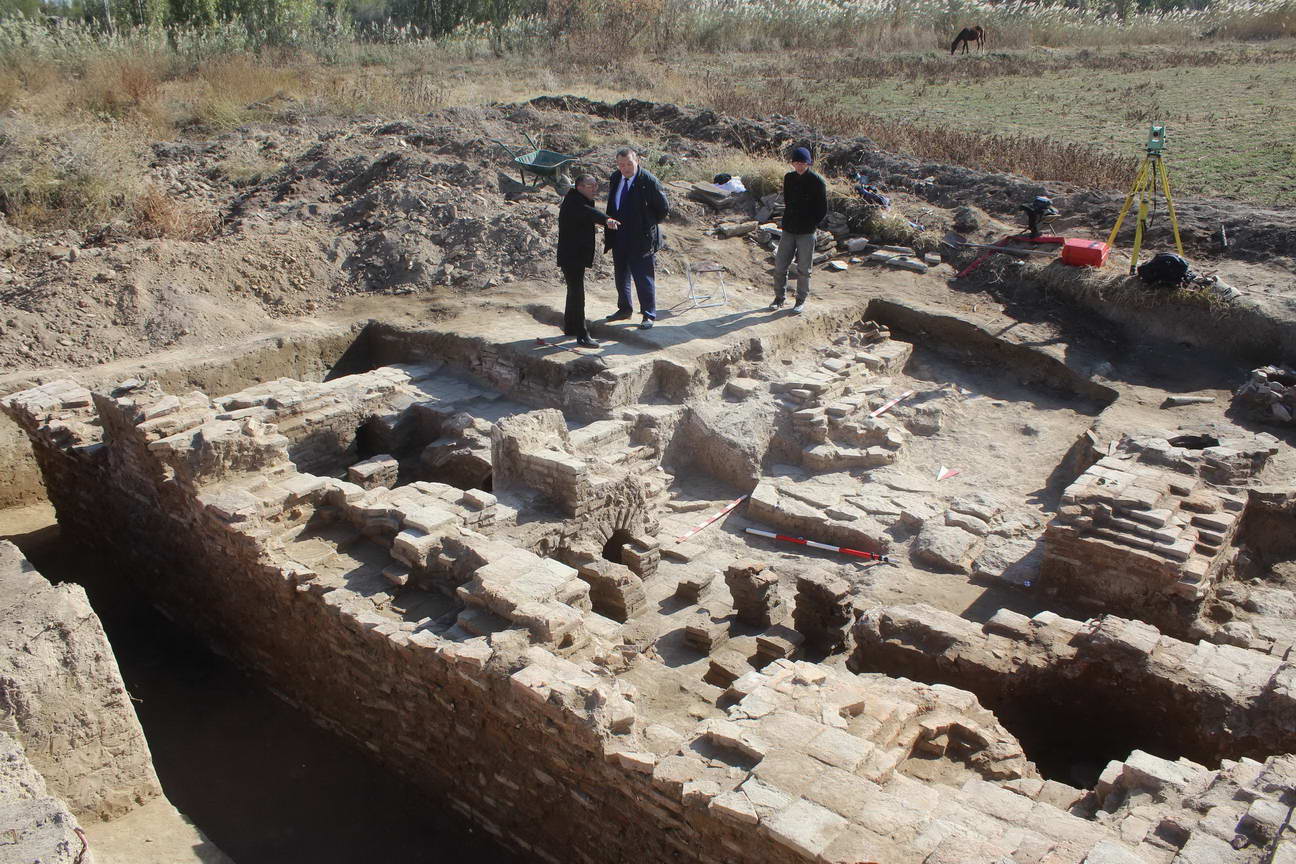 At the excavation site were found many clay vessels in which were stored soaps, essential oils and incense which were widely used in taking baths.

Scientists maintain that Khankurgan structure existed at least in X-XI century. During the excavation were found copper coins of Karakhanids era. The exterior walls and the indoor premises of banya preserved paintings on the walls, traces of repair of the building. According to archaeologists, banya served residents and visitors not less than 100-150 years.

Baurzhan Baytanaev, director of the Institute of Archaeology named after A. Margulan noted that the obtained structure indicates that there was a large previously unknown city. City banyas, made in a special way, shows the status of the big city. That time public banyas were built only in such cities.

"Maybe it was Madankent city, details of which are in the writings of Yakut al-Mahawa. He writes that in addition to Ispidzhab in the region was another major city - Madankent"- suggests Baurzhan Baytanaev.

Apparently, banya was great. In the meantime, archaeologists managed to open only its edge. To determine the full extent of the construction, it is necessary to continue the investigation. And while the archaeological site will be preserved.

On settlement were found Samanid era burials of X century, so it is possible that the city existed in earlier times.

This object is interesting not only for the archaeological science, but also in terms of tourism development in the region.

Thus, Khankurgan city, the largest architectural monument of the X century, proves the long and rich history of South Kazakhstan.