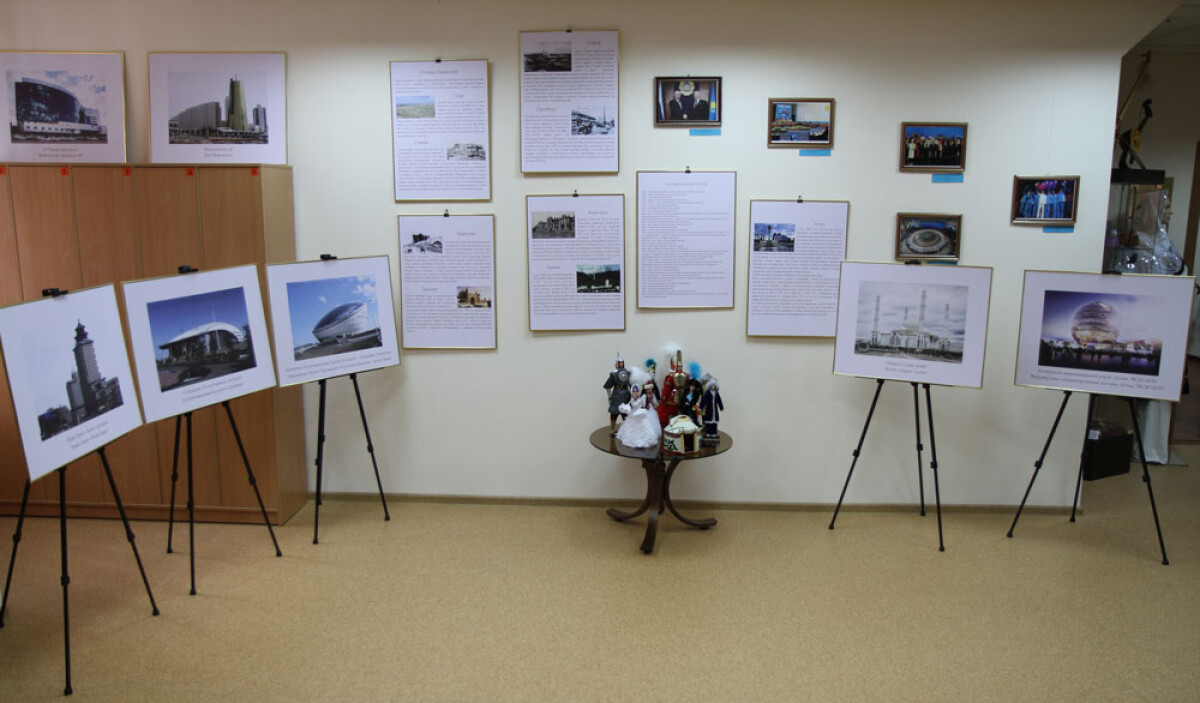 In the city of Tyumen (Russian Federation) the exhibition "Astana - heart of Eurasia" was hosted.

The opening of the exposition of the main city of Kazakhstan became an outstanding event in the cultural life of the city and the entire region. With great enthusiasm, the arrival of the capital delegation was met by representatives of the Kazakh Diaspora in Tyumen. The exhibition, which includes more than a hundred pieces, turned in the State Archive of Social and Political History of the Tyumen region (GASPITO).

Presentation of the exhibition began with traditional Kazakh and Russian folk rituals. First of all, the rite "shashu" was held in the Kazakh yurt. It was established by the national-cultural autonomy of the Tyumen region Kazakhs at the entrance to the archive building. Then, the young resident of Tyumen in the Kazakh and Russian national costumes treated guests to bauyrsak and bread and salt.

Welcoming the guests of the exhibition, the Honorary Consul of Kazakhstan in Tyumen S. Makash called symbolic the fact that the day before in Astana was hosted a forum of cross-border cooperation with the participation of the presidents of Kazakhstan and Russia. According to him, such events are the implementation of the wishes of the two heads of state. 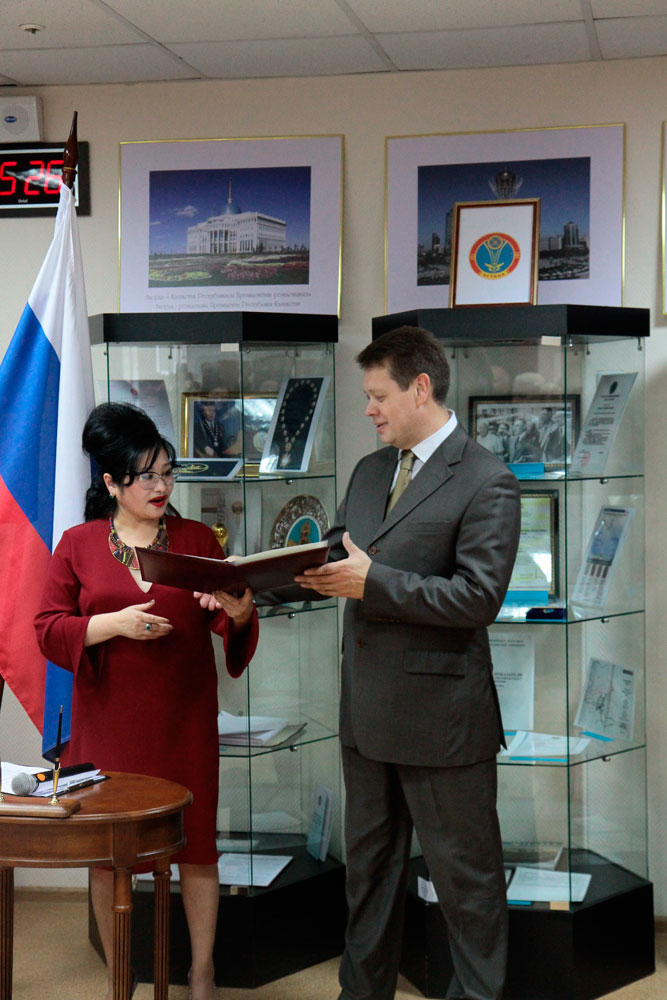 The regional Duma deputy Yuri Konev, the chairman of the National-Cultural Autonomy of the Kazakhs in Tyumen region E. Zhantasov, and the director of GASPITO E. Dolgushina - a native of North Kazakhstan region also addressed to the exhibitors. As Helena Ivanovna noted, for her it was especially pleasant to meet her countrymen on the Russian land. 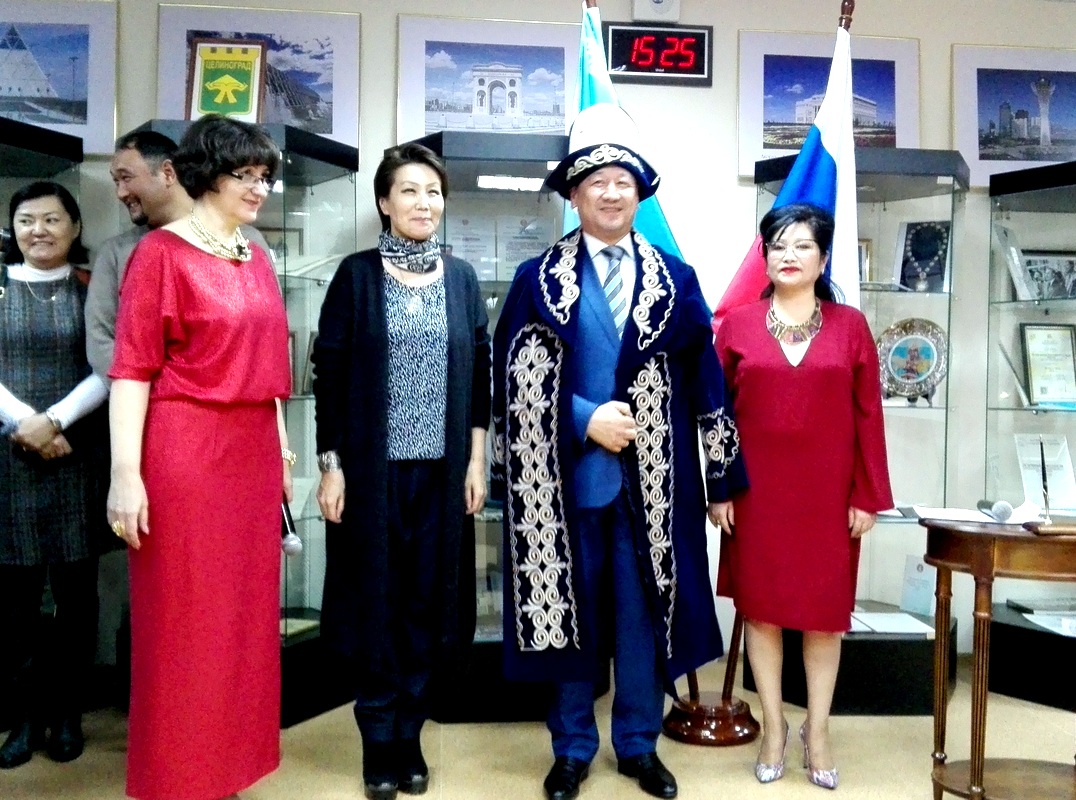 Head of the Kazakh delegation, Director of the State archive of Astana Balkiya Baimaganbetova gave present to the honorary consul - chapan. She thanked the residents of Tyumen for the hospitality and expressed confidence that the cultural ties between the two countries would be further strengthening.

As a sign of friendship and good partnership, the National anthems of Kazakhstan and Russia, which filled the opening of the exhibition a special atmosphere, were sounded.

Within the framework of the event the film about Astana was demonstrated, the cooperation agreement between the NCA of the Kazakhs in Tyumen region and SFITO GASPITO was signed. Also, Tyumen ensemble of Kazakh song "Merey" performed there.

The exposition, dedicated to the 25th anniversary of the CIS, was organized by the State Archive of Astana in the framework of the Cooperation Agreement between the Archives of Astana and the Tyumen region. According to the organizers, the aim of the exhibition - to reveal the history of the country's main city with the help of documentary heritage. 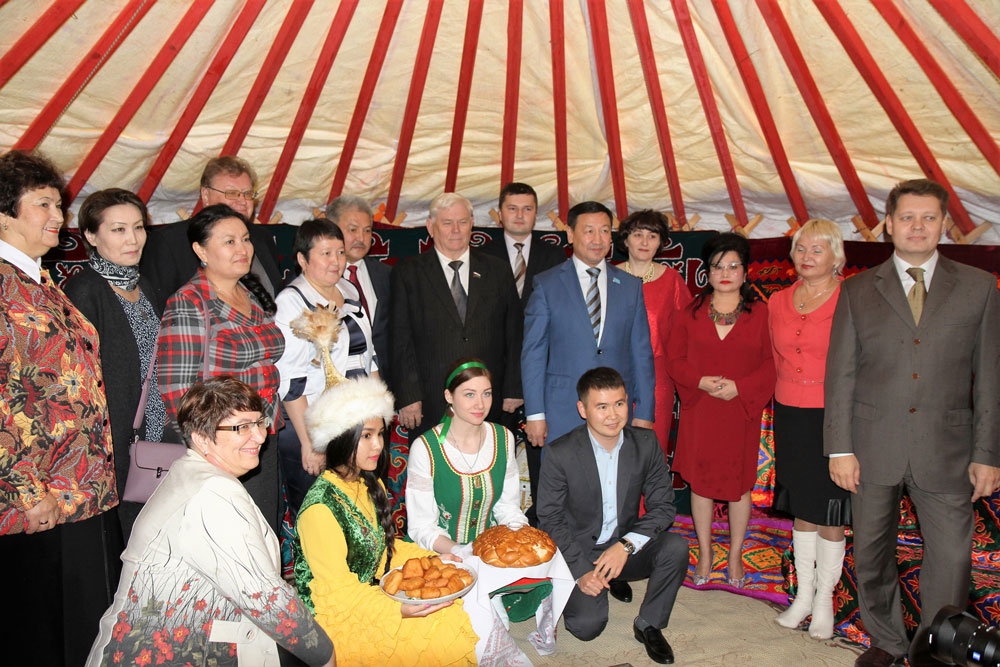 The exhibition reflects the main milestones in the development of the capital.

The earliest period is associated with the founding of the city as an outpost and county town. Among the exhibits of this period – materials and documents which gave the district of Akmolinsk status of the city, the opening of trade fairs, hospitals, schools, banks, the development of trade, crafts, etc.

The next step - Soviet period. It is reflected in the documents of telephones and radio of the city, renaming of streets, the creation of industrial enterprises - "Kazakhselmash" plant, pumping plant, management of Kazakh railway. 1950-1960 - the period of the development of virgin and fallow lands occupy a special place in the history of the capital of Kazakhstan. Tselina was presented with the statements of citizens to leave the virgin lands and photographs of first tselinniks. 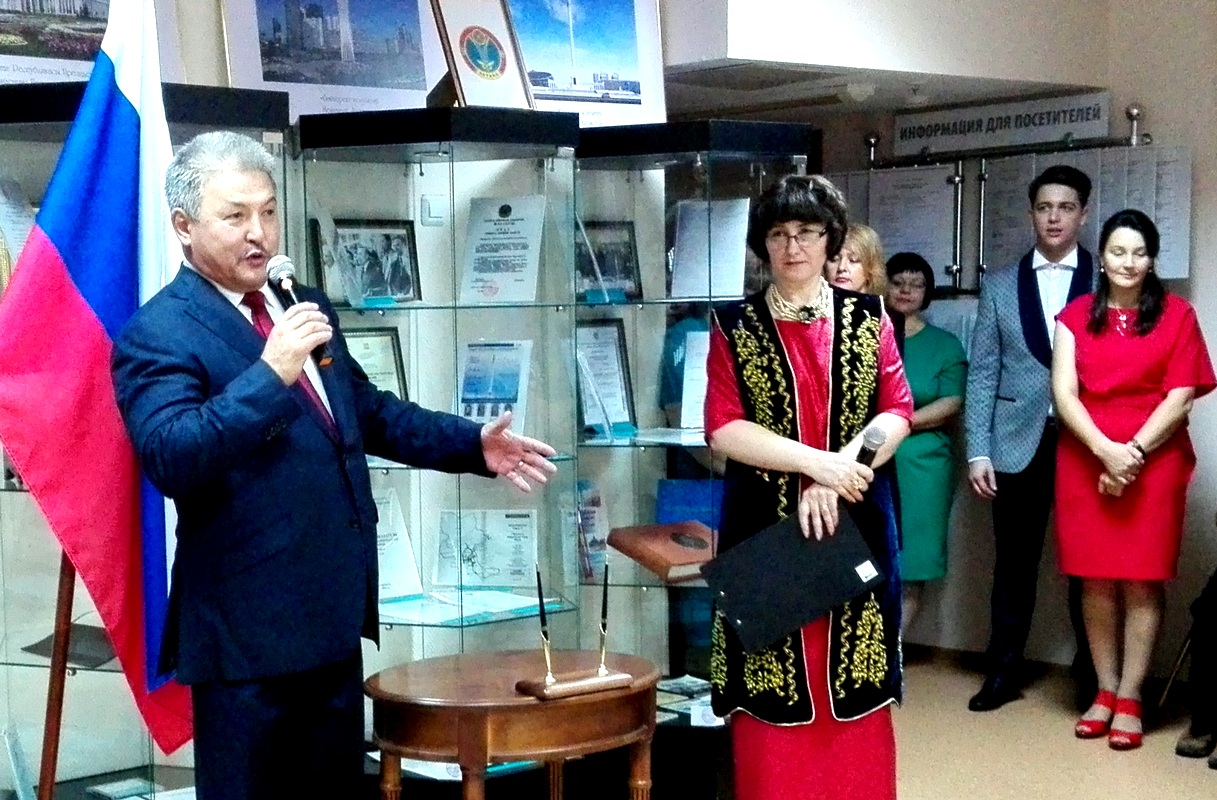 One of the most important sections of the exhibition is devoted to Astana - the new capital of independent Kazakhstan and the brainchild of the President Nursultan Nazarbayev. It includes documents on transferring and renaming of the capital, the decree about renaming the city of Akmola the city of Astana, the materials on the relocation of government agencies to the new capital, Astana official presentation, the documents of the progress of construction of the capital, a passport, and the general plan and the city photos.

Also at the exhibition were presented the items of arts and crafts, household and ethnography of the Kazakhs: folk costumes, jewelry of famous artists, utensils for the storage and use of kumys (korzhyn, torsyk), musical instruments (dombra, kobyz). The exhibition aroused great interest among the residents of Tyumen and recalled the distinctive and rich culture of the Kazakh people.

Materials and photos provided by the State Archive of Astana city