Home News History news Presentation of the book in English

Presentation of the book in English 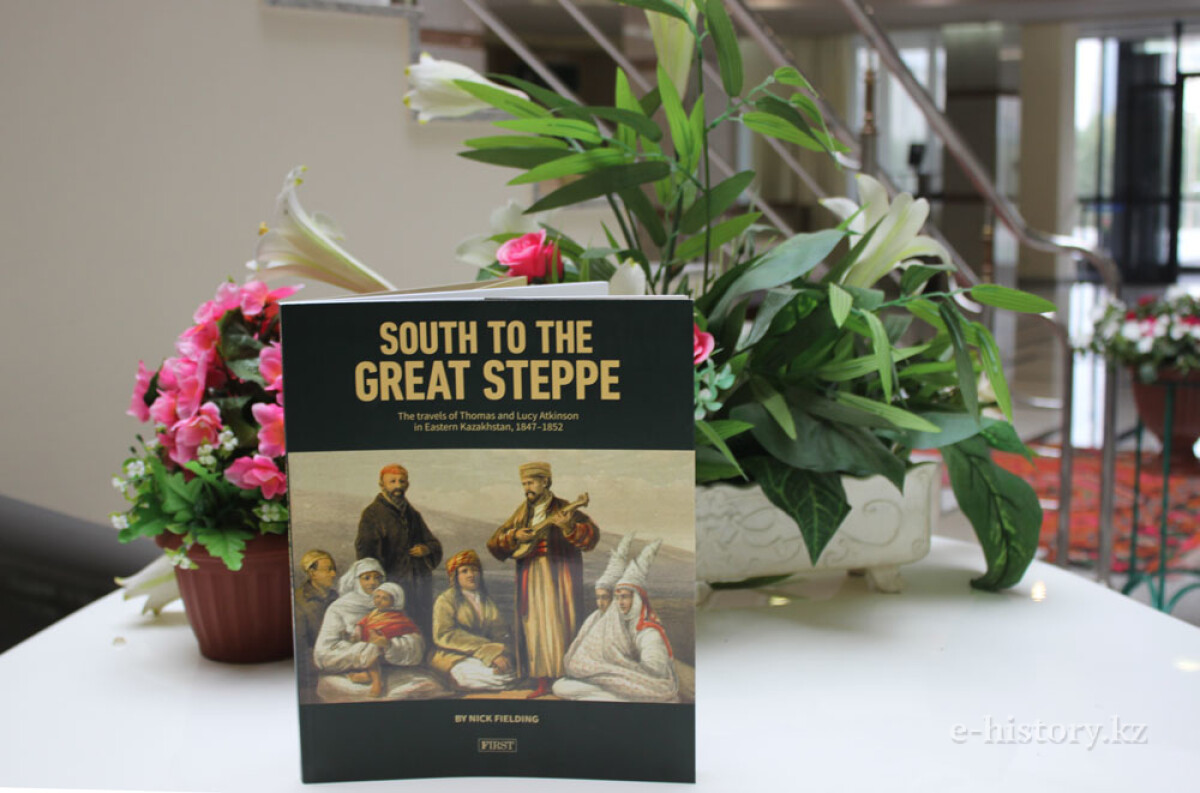 On July 25, British writer and journalist Nick Fielding presented a book in English at National Academic Library of Kazakhstan.

A meeting with the descendants of the British traveler and researcher Thomas Atkinson was held along with the presentation of the book «South to the Great Steppe: The Travels of Thomas and Lucy Atkinson in Eastern Kazakhstan, 1847-1852». Local historian, writer and translator Natalya Volkova from Barnaul was invited to the presentation as a guest. In 2012, she translated chapters from English into Russian from the book ‘East and West Siberia’ by Thomas Atkinson and his wife Lucy Atkinson’s book ‘Memories about Tatar Steppes and its inhabitants’, which were devoted to the journey of British explorers in Ural, Siberia and Kazakhstan steppes. One of the chapters of Lucy’s book ‘Letter from Kapal of October 17, 1848’ devoted to the journey of Thomas and Lucy in Kazakhstan steppes and Lucy told about it in details and with warmth.

Thomas and Lucy Atkinson explored the lands of Kazakhstan. Travelling on horses, they rode hundreds of thousand miles to the South from Siberia across the territory of the Great Steppe. In September, 1848 Thomas and Lucy arrived to the settlement Kapal, located in the foothills of Dzhungar Alatau, where their son was born after two months. They called him Alatau Tanshybulak after the famous spring in Kapal. 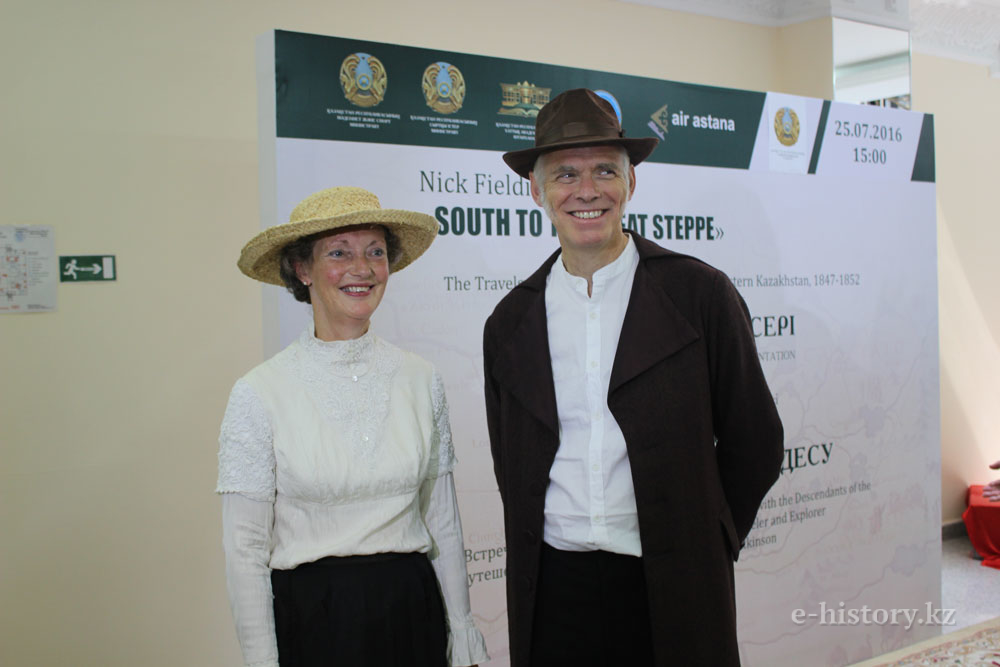 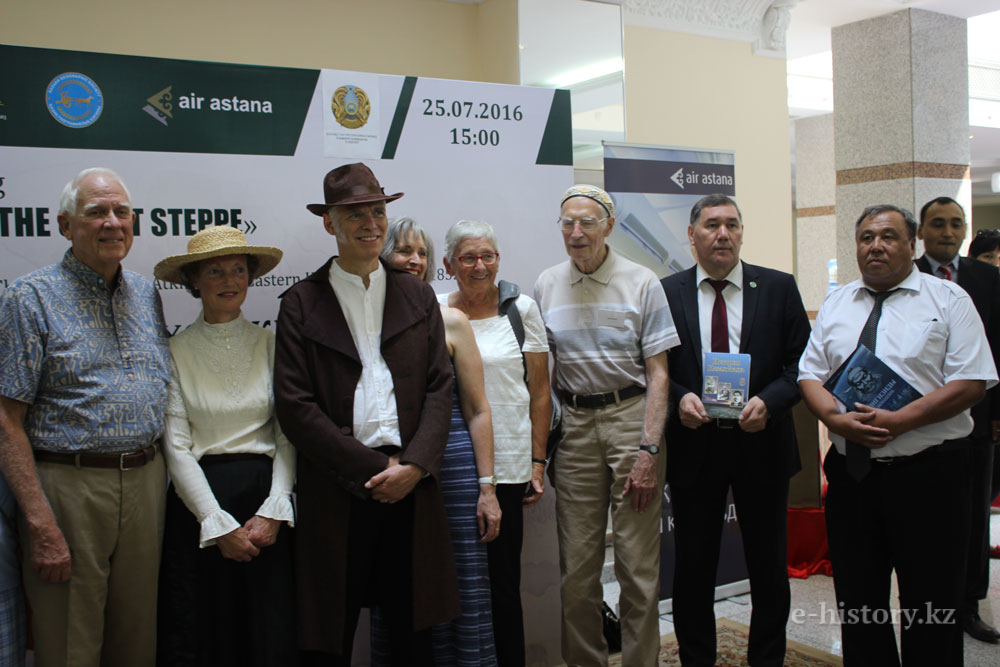 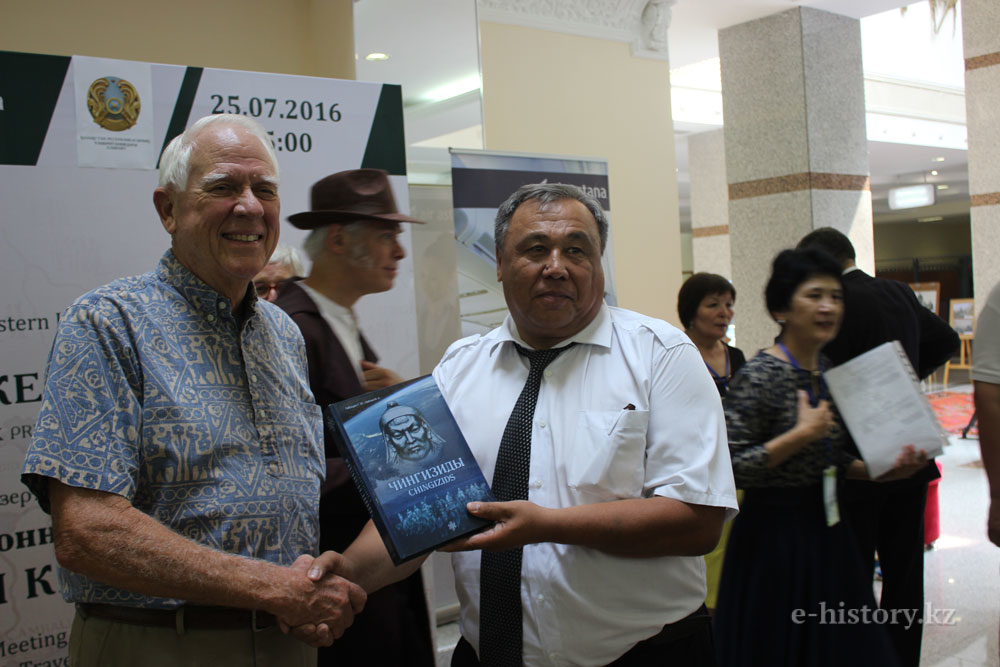 Paul Dahlquist told about life and work of his famous relatives:

‘Parents of my great-great-grandfather Thomas Atkinson were poor, his mother was a housewife and his father was involved in construction. Thomas had no opportunity to study, as there was no money for education. Helping his father, he became an architect soon. For instance, a church in London, observatory in Yorkshire, building in Manchester are among the large works of Thomas Atkinson.

My great-grandmother was also very talented. She painted pictures from Alatau. Some of them were brought to the book presentation. 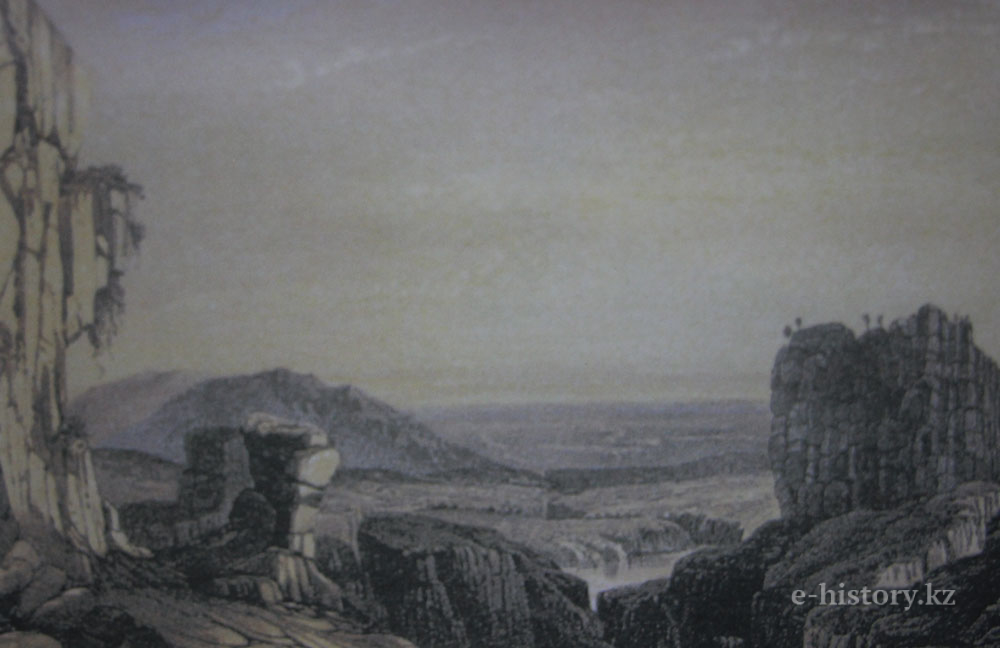 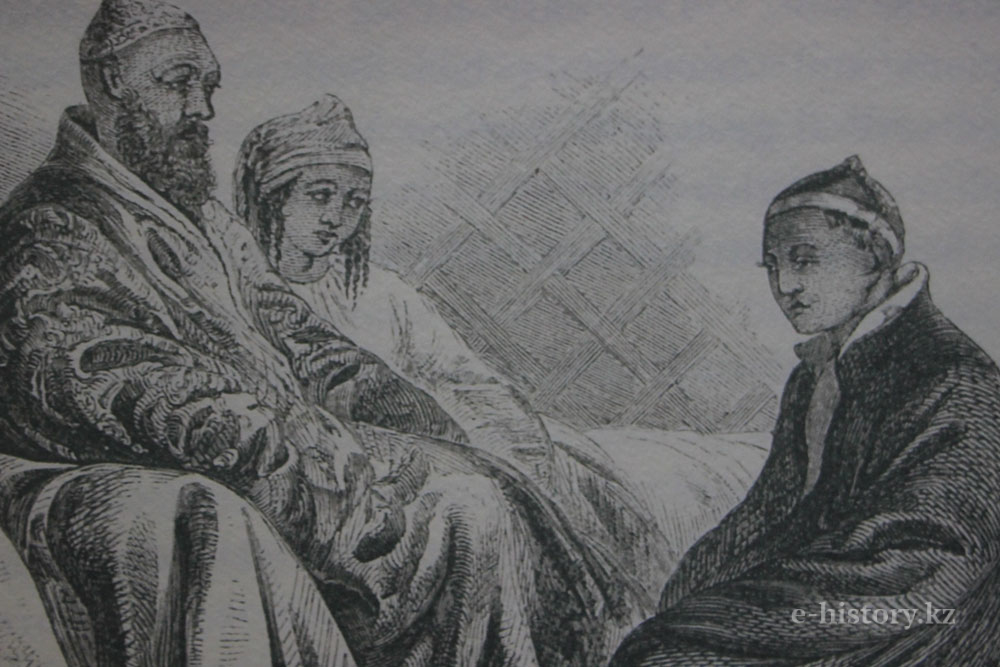 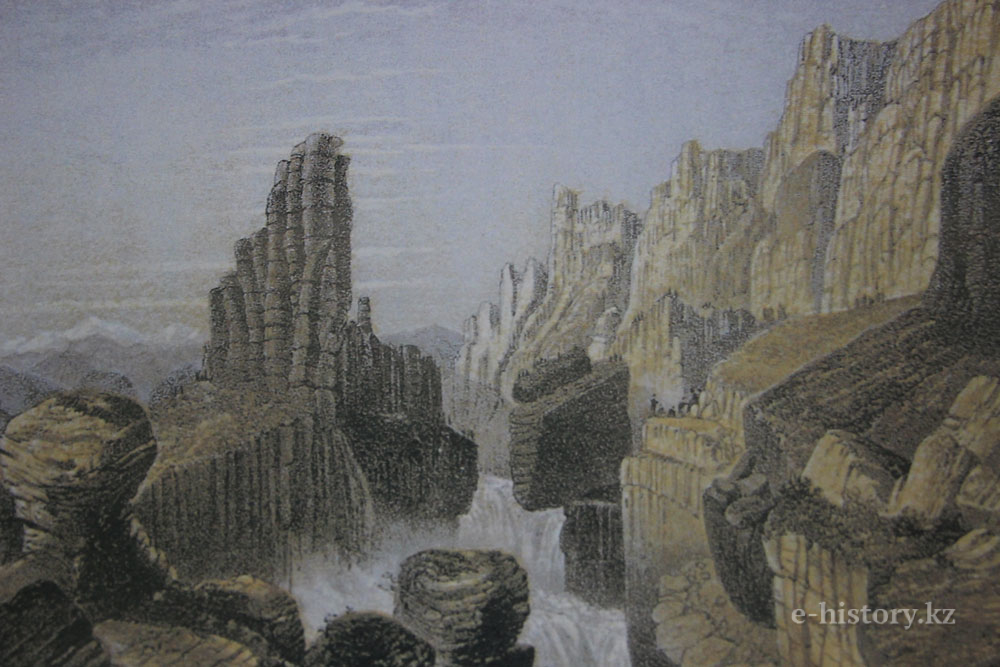 Also, Thomas and Lucy Atkinson kept diaries —5 diaries remained, which are available at Royal Geographical Society in London. It should be noted that the paper was expensive at that time.

The fact, that my great-great grandparents came to Kazakhstan from Hawaii in 1840 is amazing. Even in our time, the distance between two places is too far.

We are curious to see the changes that have happened in the country after our arrival to Kazakhstan’.

Descendants of Thomas Atkinson arrived in Kazakhstan to visit lands and places, which were explored by their famous ancestors, to experience the events of that time, to pay tribute to their memory. The guests visited Almaty and Almaty Region after Astana. The meeting in Kazakhstan was initiated by the Embassy of the Republic of Kazakhstan in the United Kingdom of Great Britain and Northern Ireland and National Academic Library of the Republic of Kazakhstan. 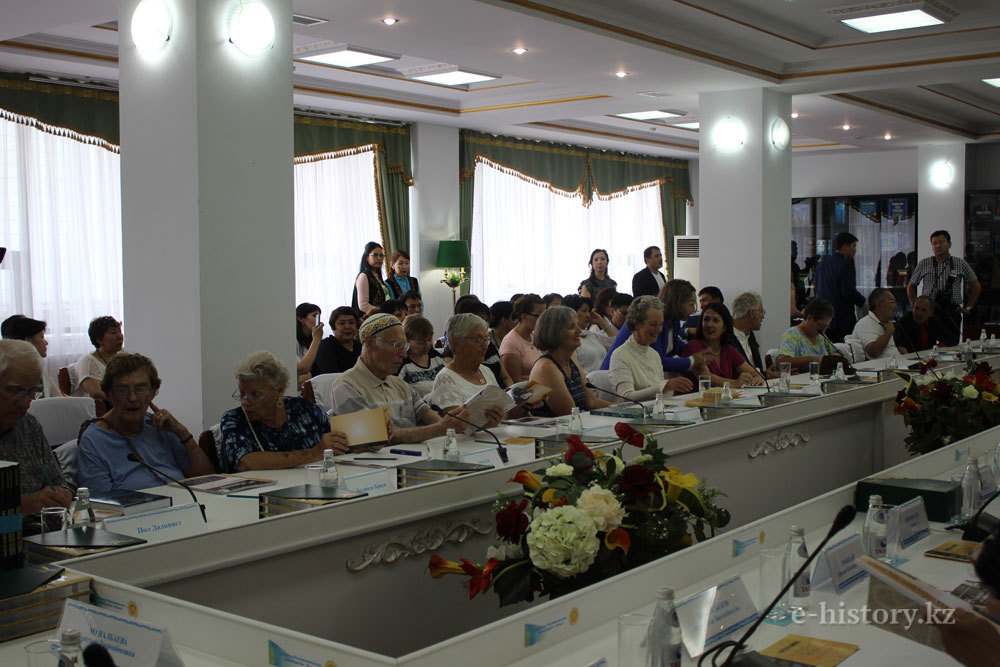 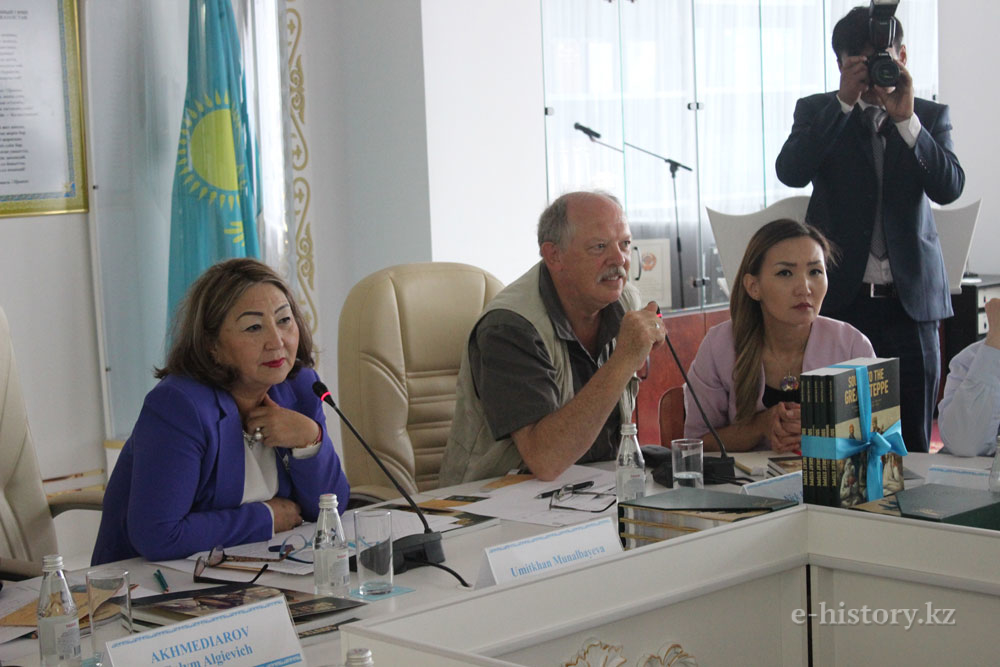 Such issues as the unification of English and Kazakhstan scholars’ efforts in the study of research history about Kazakhstan, in-depth study of books, documents, handwritings of Great Britain’s libraries related to history and culture of Kazakhstan, acquisition of historical materials copies, translation of the book by Nick Fielding «South to the Great Steppe: The Travels of Thomas and Lucy Atkinson in Eastern Kazakhstan, 1847-1852» in Kazakh and Russian languages, presentation to the wide audience, strengthening of cultural and scientific cooperation between Kazakhstan and Great Britain.

The book by Nick Fielding consists of nine chapters: ‘Introduction’, ‘An architect becomes a painter’, ‘Arrival in Saint-Petersburg’, ‘1847: Single journey of Thomas to Ural, Altai and Northern Kazakh Steppes’, ‘Lucy’s fire baptism’, ‘Desert and snow storm’, ‘Life in Kapal’, ‘Exploring Dzhungar Alatau’, ‘Short return’. It is based on the unique records about Kazakh society of XIX century. Thomas and Lucy met with Kazakh people, well-known sultans and biys during their journeys. They stayed in villages and talked to Kazakh families, recorded their conversations and described their way of life. No writer described the life of steppe nomads and created their portraits in details as T.Atkinson did. The book contains notes, diaries and letters that were kept in the private archive of one of T.Atkinson’s descendants and high-quality copies of lithographs and engravings as well. It contains East Kazakhstan map with the route passed by the Atkinson family, painting reproduction, correspondence of T.Atkinson with the Russian authorities. T.Atkinson’s portraits about the Kazakh leaders of that time are of great value. 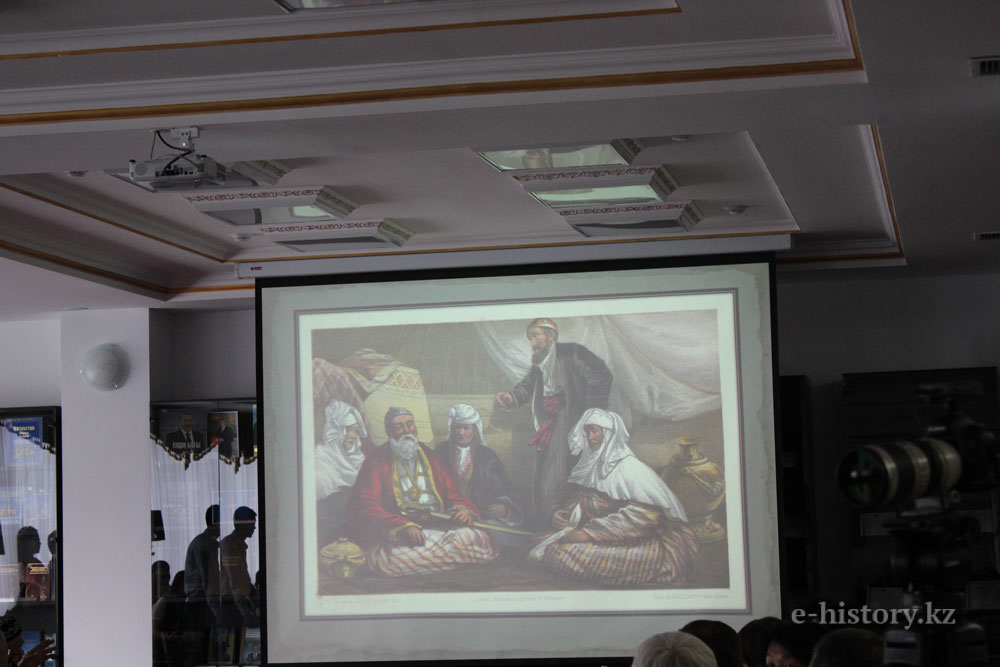 The materials of studies by Thomas and Lucy Atkinson gave evidence of the rich history of the Great Steppe and are invaluable contribution in the cultural heritage of Kazakhstan, in study of its history, geography, culture and traditions. During the past 160 years since the visit of British traveler, Kazakhstan has passed a thorny historical path of development and today it is positioned as a modern state with a stable and dynamically developing economy. 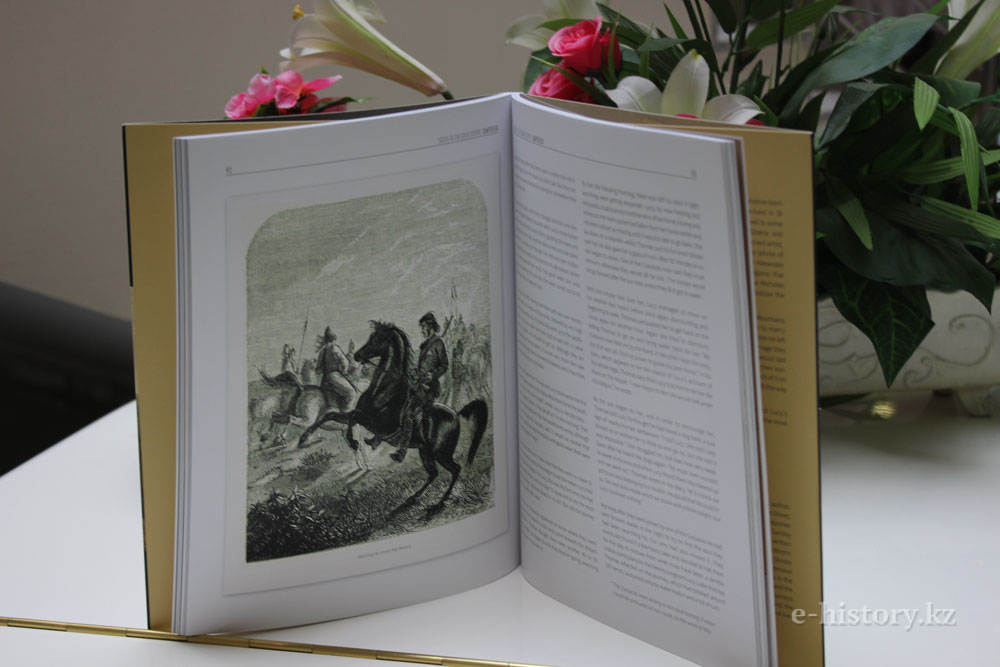 The book exhibition ‘Kazakhstan in the flow of history’ is formed especially for the presentation. It consists of three sections: ‘Scientific works of foreign scholars’, ‘Science of Kazakhstan’, ‘Book is the mirror of era’. The books of foreign researchers of Kazakhstan steppes, works of Kazakhstan scholars and books about the history of our country, as well as rare editions and handworks from the library funds are presented here.