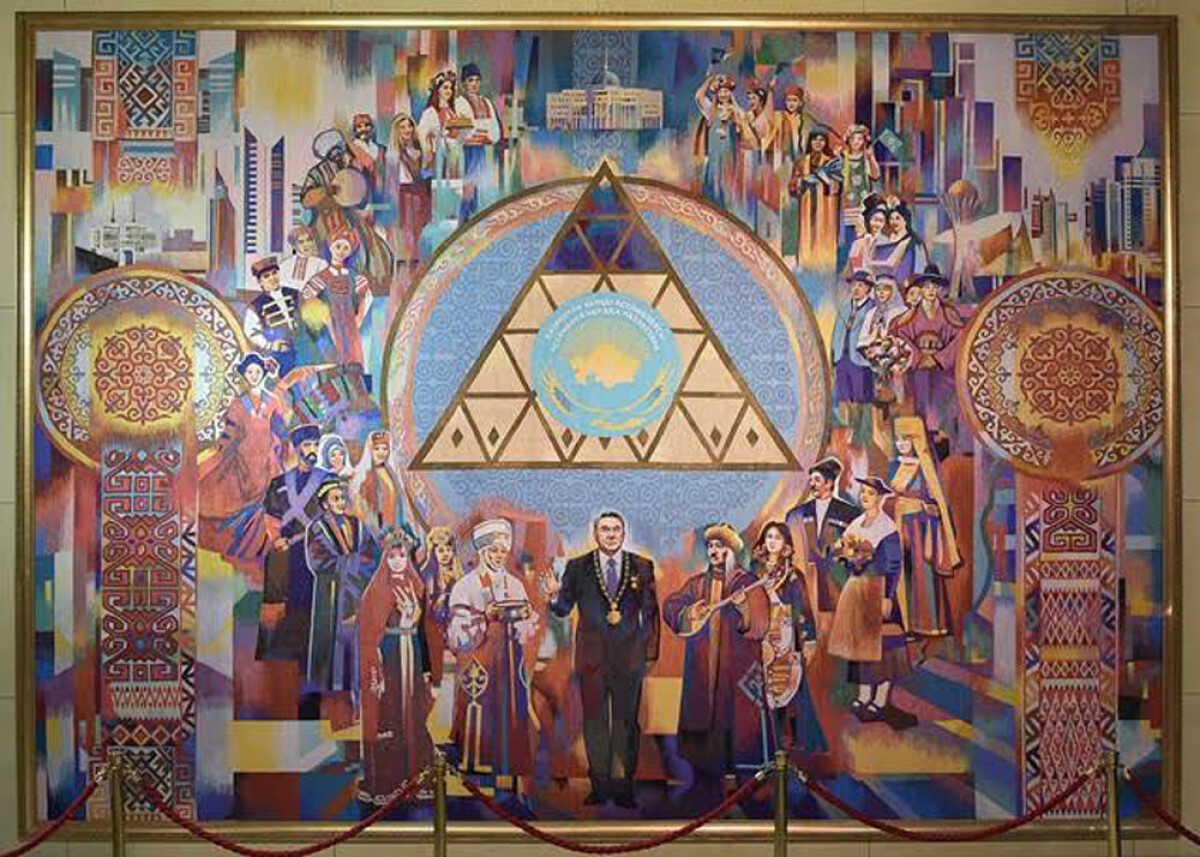 Presentation of monumental-decorative art in hand weaving “Kazakstan – menin Otanym” coincided with Astana Day was held at the National Museum of the Republic of Kazakhstan.

Organizers of the project are Assembly of People of Kazakhstan and National Museum of the Republic of Kazakhstan. 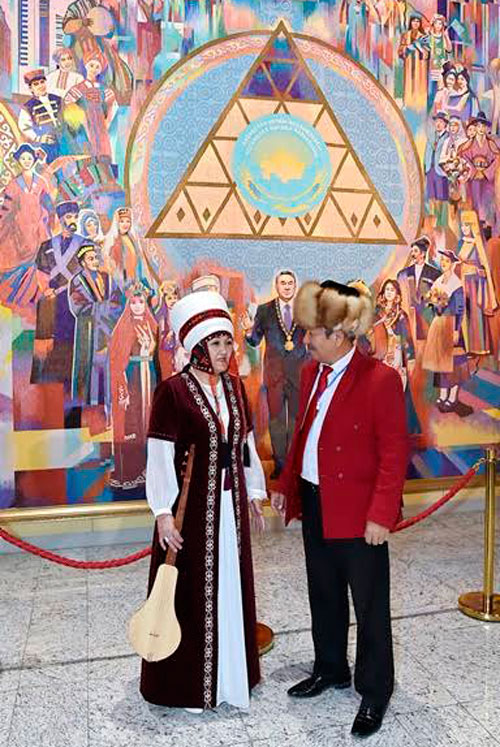 Palace of Peace and Reconciliation facade with the logo of Assembly of People of Kazakhstan on the background of ornamented circle (symbol of infinity) surrounded by people in national costumes of ethnic groups living in Kazakhstan are woven in the center of the composition. The circle of representatives of nationalities based on the figure of President of the Republic of Kazakhstan Nursultan Abishevich Nazarbayev, who raises his hand in a welcoming gesture — a symbol of hospitality. The top of the circle rests on the image of Ak Orda façade, as a symbol of state power based on the unity of people of Kazakhstan. The sides of tapestry are filled with stylized images of Kazakh ornament baskur, symbolizing the beauty of people’s souls who accepted many nationalities in the family.

Authors of the project Zhamkhan Aidar and Mukanov Malik are members of the Union of Artists of the Republic of Kazakhstan, laureates of State Prize «Daryn». The artwork is made due to the 25th anniversary of Independence of Kazakhstan. Well-known local and foreign scholars, public figures, deputies of the Parliament of RK, clerisy representatives, members of the Assembly of People of Kazakhstan and ethnocultural associations participated in the event.