Dedicated to the 75th anniversary of the Great Patriotic War 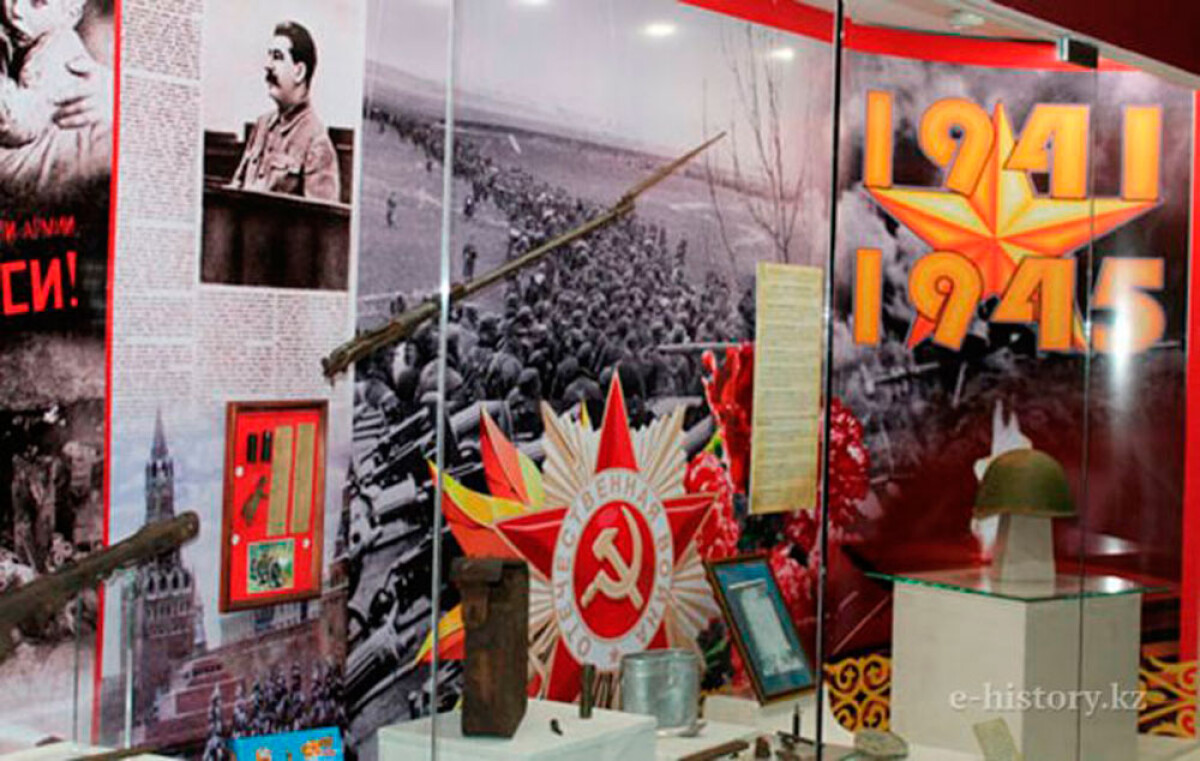 The date June 22, 1941 went down in history and became a sad one, which marked the beginning of the Great Patriotic War.

The exhibition «The names from battlefield» dedicated to the 75th anniversary of the Great Patriotic War is held at Military History Museum of national Military-Patriotic Center of the Armed Forces of the Republic of Kazakhstan. This is the first exhibition of personal things that belonged to soldiers and officers who died in battle among CIS. The opening ceremony was held on June 22, 2016.

The uniqueness of the exhibition lies in the fact that all things exhibited there were found on the battlefields during the Great Patriotic War, mostly in Leningrad. People who owned those things were died soldiers and officers, a search squad «Memorialnaya zona» (Memorial Zone) consisting of students of L.N.Gumilyov Eurasian national University under the direction of team leader Kusainov Maidan Komekovich are engaged in search and name restoration of lost soldiers.

The search groups of CIS found more than 20 000 names of soldiers and commanders of the Great Patriotic War according to information of medallions found on the battlefield. The group «Memorial Zone» found 10 names from the field and 2607 names during the archival search. The names of some people were restored by the numbers of awards. 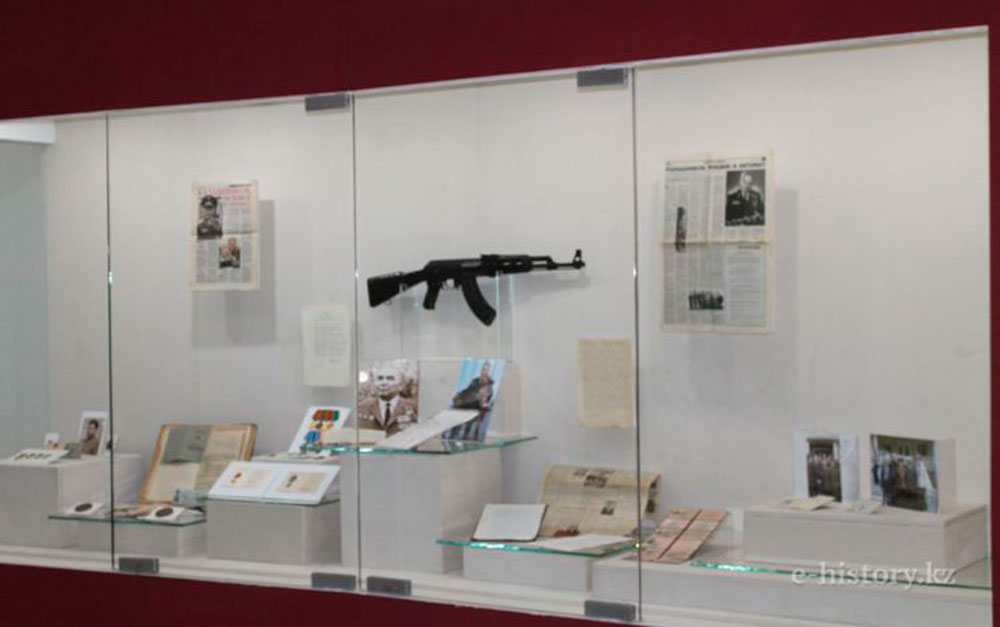 Search of heroes’ names was matched with the search of their relatives and it was more difficult task. Only 10% from all names of soldiers were known to relatives. That is why the attention and help of the public is very important for group. 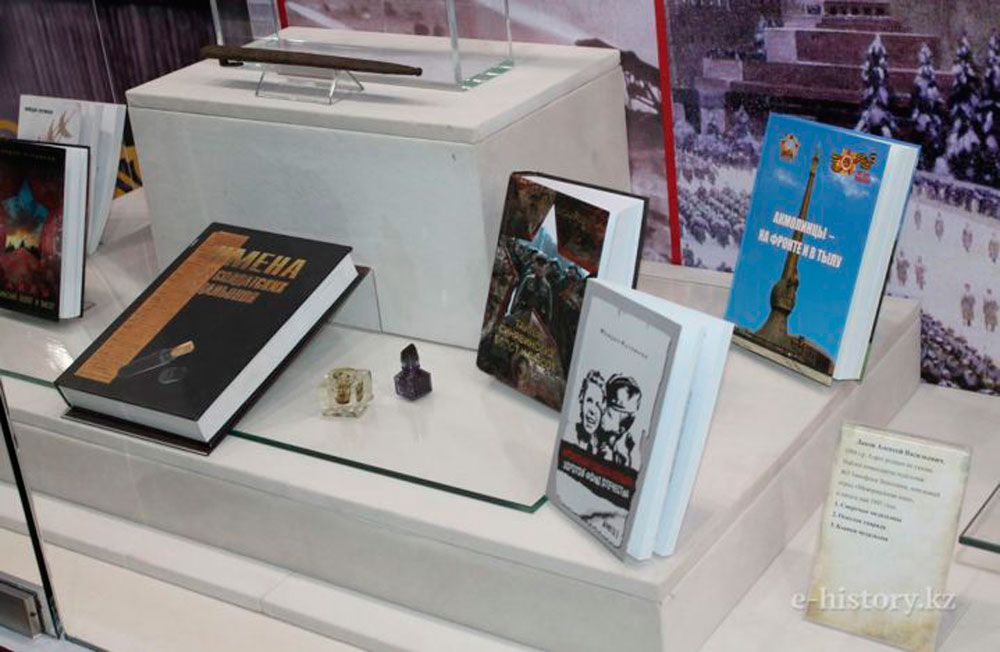 A number of books containing information on the results of joint works of search groups of CIS were presented on the exhibition, most of them were written by Maidan Komekovich.

The list below contains names of soldiers and officers, whose identities were established in a result of search group. 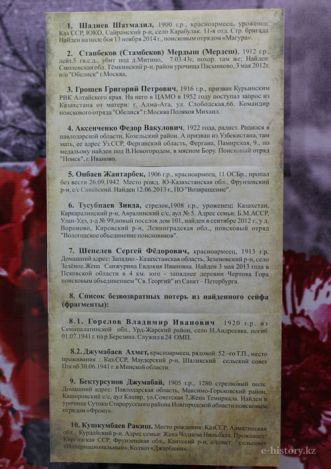 1.Shadiyev Shatmadil, born in 1900, a soldier of Red Army, a native of Kaz SSR, South Kazakhstan, Sairam, Karabulak. 11 construction team. Found on the battlefield on 13 November, 2014 by search group «Magura».

3. Groshev Grigory Petrovich, 1916, called up by Kuryin RMC Altay Region. In 1952, a request of his mother from Kazakhstan was received to CADM: Alma-Ata, Slobodskaya Str, 66. Command officer of «Obelisk» in Moscow — Pollyakov Mikhail.

8. List of permanent losses from the found box (fragments):