The work of international conference «Dream of independence and Zuha Batyr» was coincided with the opening of exhibition. 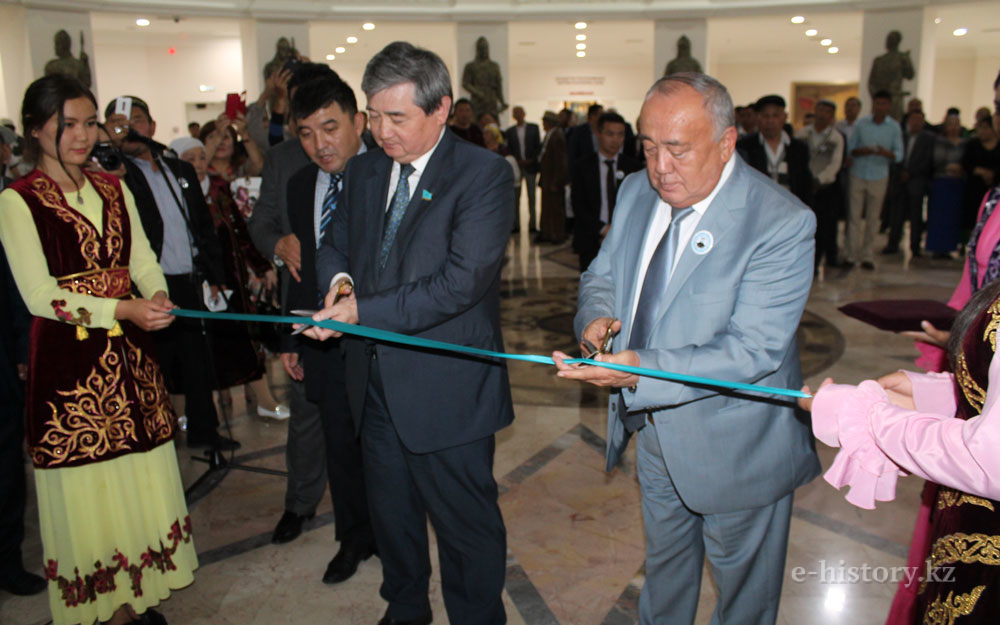 This year our country celebrates its 25th anniversary of independence. This significant date coincided with the 150th anniversary of one of the most prominent figures who brought Kazakh people together under the Alash idea and led national liberation movements — Zuha Batyr Sabituly born in 1866 on the territory of East Kazakhstan Region and died in 1929 in Xinjiang Altai.

The delegations of Kazakh diaspora, famous scholars and public figures of our country were invited to the exhibition.

Kenan Gulturk, Deputy Akim of Bagzhylar District, Istanbul, Turkey gave a speech at the beginning of the conference: 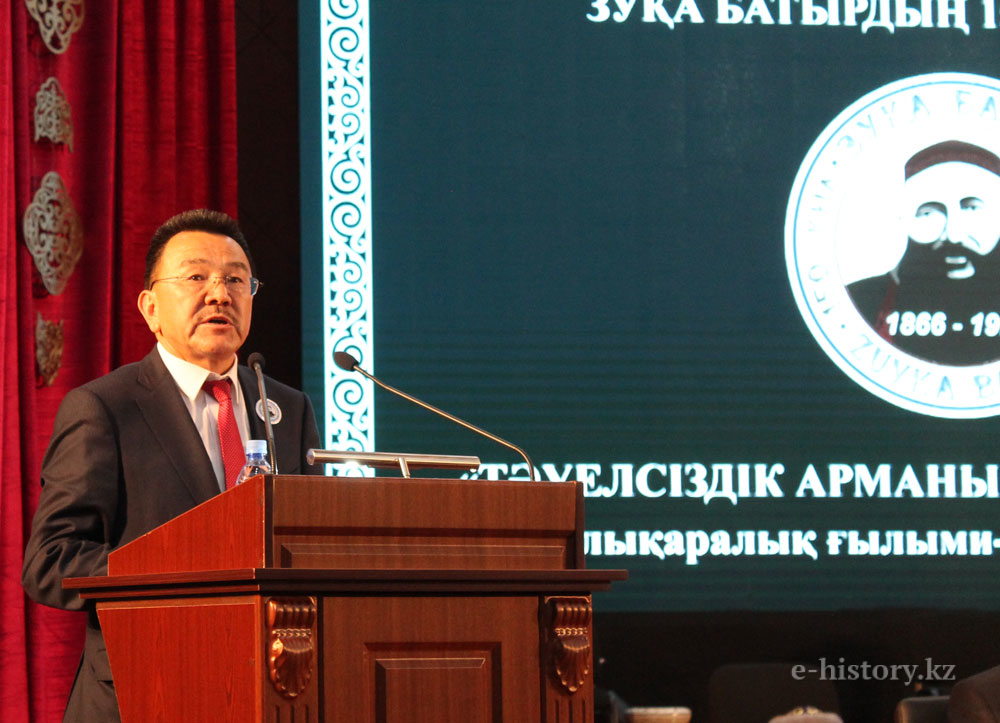 -It is a very important day for us, descendants of Zuha Batyr. On the one hand, our grandfather was a religious man, on the other hand, he was a hero who died for people, land and country. We are honored to celebrate this great event in the month of Ramadan. It is also noteworthy that we are going to celebrate the 25th anniversary of the Republic of Kazakhstan and Zuha Batyr contributed in achieving the independence and it is important.

-A prominent religious and national hero. He was born in the foothills of Karatal and Kyzylzhar between the Zaisan-Kolboi in the family of religious preacher. His grandfather Nurmukhamed, who studied in Bukhara and Ufa, was a major scholar of Islam and had the reputation of sage-predictor among people and was considered as a saint. His descendants are well-known as religious votaries and also found their niche in socio-political history of the region in the east of Kazakhstan and among the Kazakhs of Xinjiang and Mongolia.

Zuha’s father Sabit (born in 1823) studied in Kazan and learned several oriental languages. Sabit mullah, who arrived in the Altai with other Hojas with the aim of development and dissemination of Islam among Kazakh people also was engaged in enlightenment.

After his father’s death, Zuha moved from Kalby to Kazakhstan, Sauyr, the village of great Zheniskhan, where he taught children. He devoted his further life to the fight against tsarist colonization and violent actions preventing religious norms and patriarchal attitude of people. «Zuha’s people» settled in South Altai in the vicinity of Buryltogai and were forced to build a protective wall. As an experienced leader, Zuha Batyr trained his people to military art.

Enemies could not get Zuha Batyr for a long time. However, it happened during the reign of Jin Shuren in 1927. Once, when he was alone, hundreds of armed henchmen surrounded Zuha’s small village. They cut his head off and hung on the bridge over the Black Irtysh to frighten the people. 28 followers also died with Zuha and were buried in cemetery Belkuduk, Koktogai District of Altai. 1

2 sons and 7 daughters of Zuha continued their father’s fight for the bright future of the people, many of his sons died during the crossing of Tibet and setting a course to India.

However, numerous grandchildren and great grandchildren of Zuha Batyr succeeded and live in 12 countries of Europe, the USA and Asia. Many of them returned to their homeland and give all forces for the benefit of people.