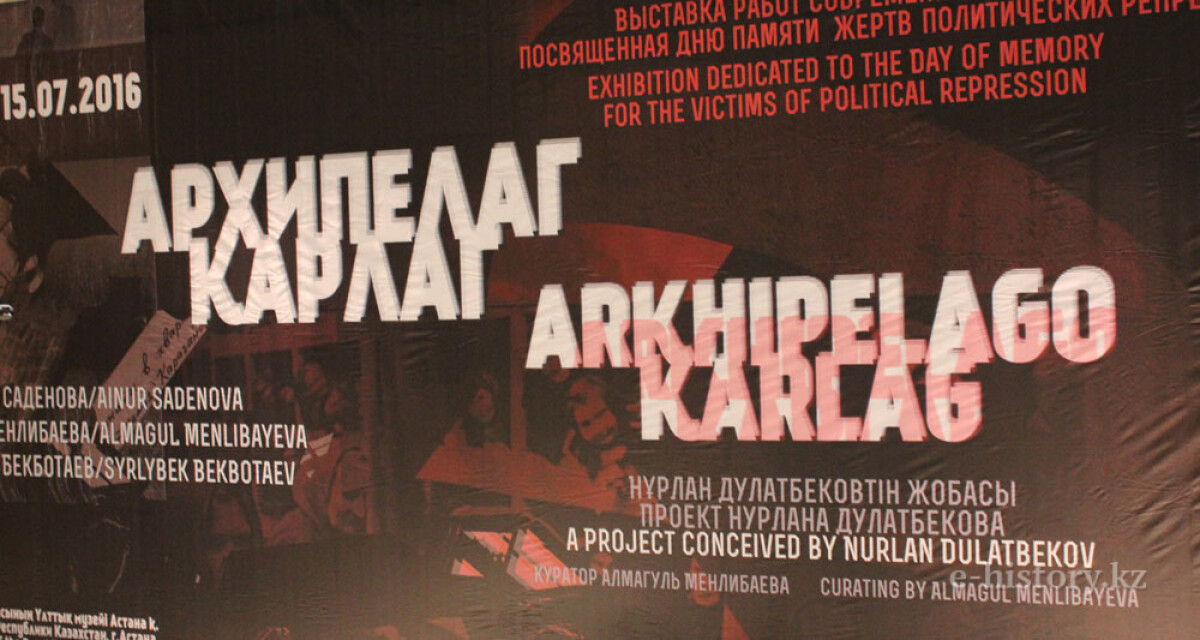 The aim of the project is show the nature and depth of one of the most tragic pages of past to the public and renewal of corrupted history of Kazakhstan from 1930 to 1956.

Bekbotayev Syrlybek Kuatbekovich is a winner the Foundation of the First President RK — the Leader of the Nation’s Prize (2015), winner of the Grand Prix of the contest-exhibtion «Otanym-kut mekenim»; successfully held numerous exhibitions in Kazakhstan and abroad, in Russia, Kyrgyzstan, Tadzhikistan, France. 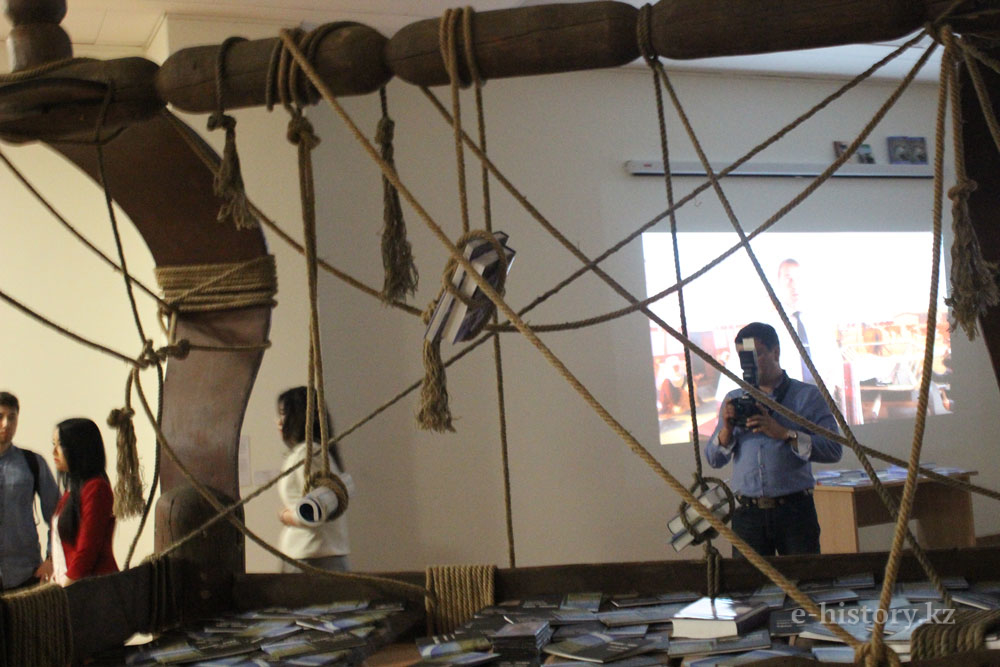 Syldyrmaktar (rattle) — books, publications of Research center «Karlag: Memory for the future» of «Bolashak» Academy (Karaganda) are hung on the noose of besik (cradle) of exaggerated size. 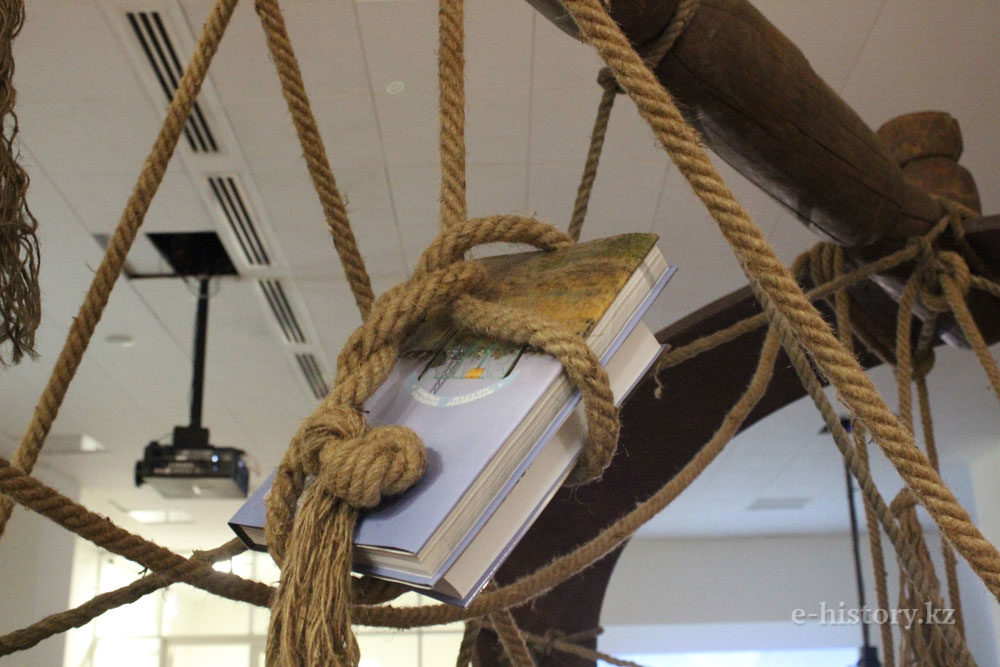 According to S.Bekbotayev, empty besik, as an irreplaceable loss of people, its inescapable emotional pain of unfulfilled expectations is a symbol of the terrible period of totalitarianism, which destroyed the fate and lives of people. Political repressions and deportations exterminated black stripes in the memories of certain people, guilty without guilt before regime and people whose fault was exaggerated unreliability of authorities. Many people lost their homeland, their homes, their native graves and went in lorries to the Kazakh steppes. Thanks to warmth and kindness of Kazakh people, who shared shelter, hearth and hardship of life, deported people survived and maintained their way of life and traditions. 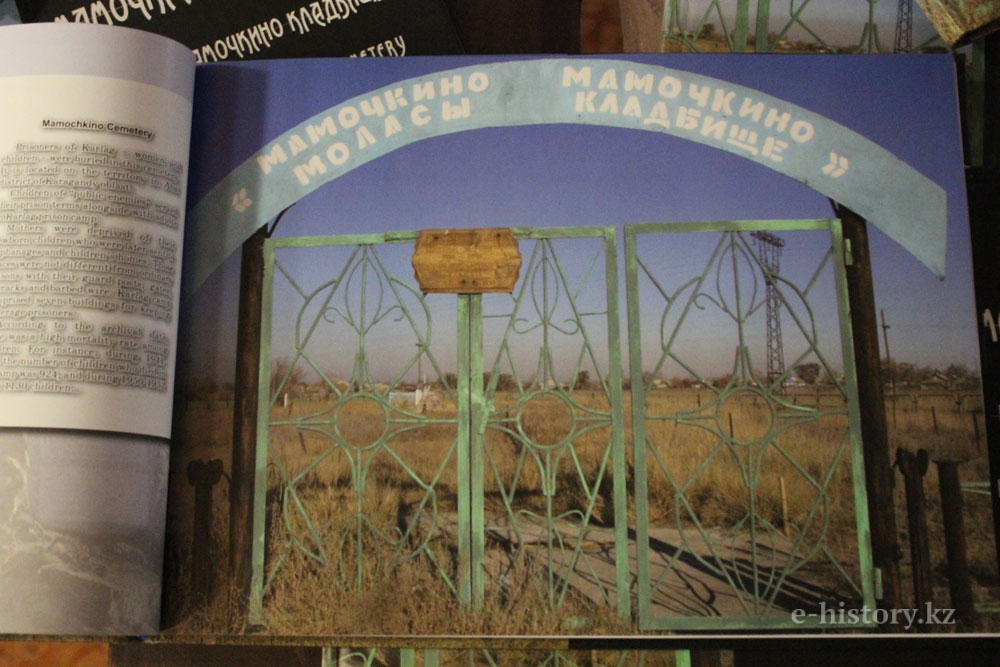 Besik is an ancient sacred symbol of rebirth of Kazakh people, its faith in bright future. Kazakhstan became a sacred cradle of revival for people who suffered from cruel deportation. 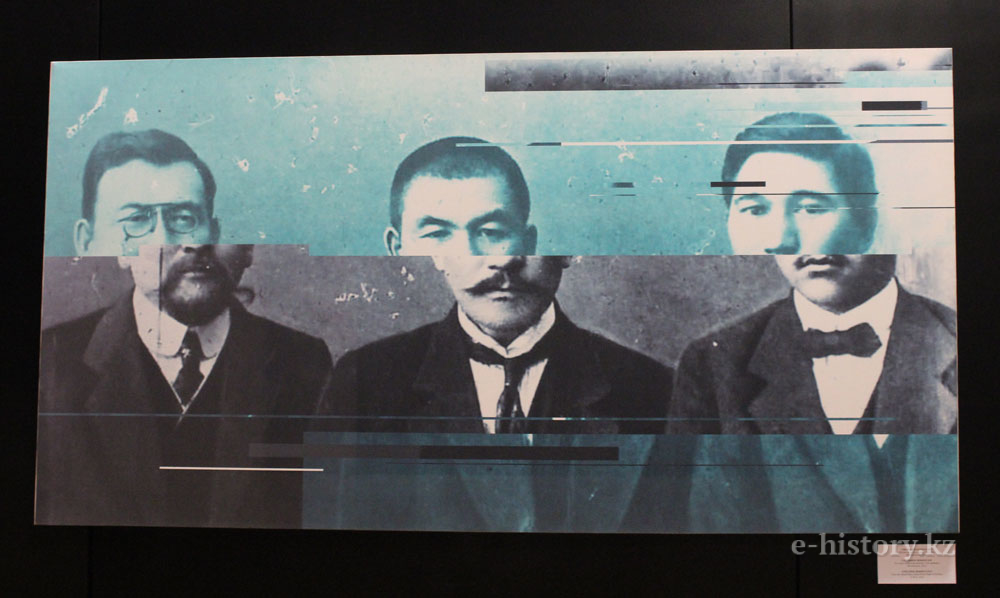 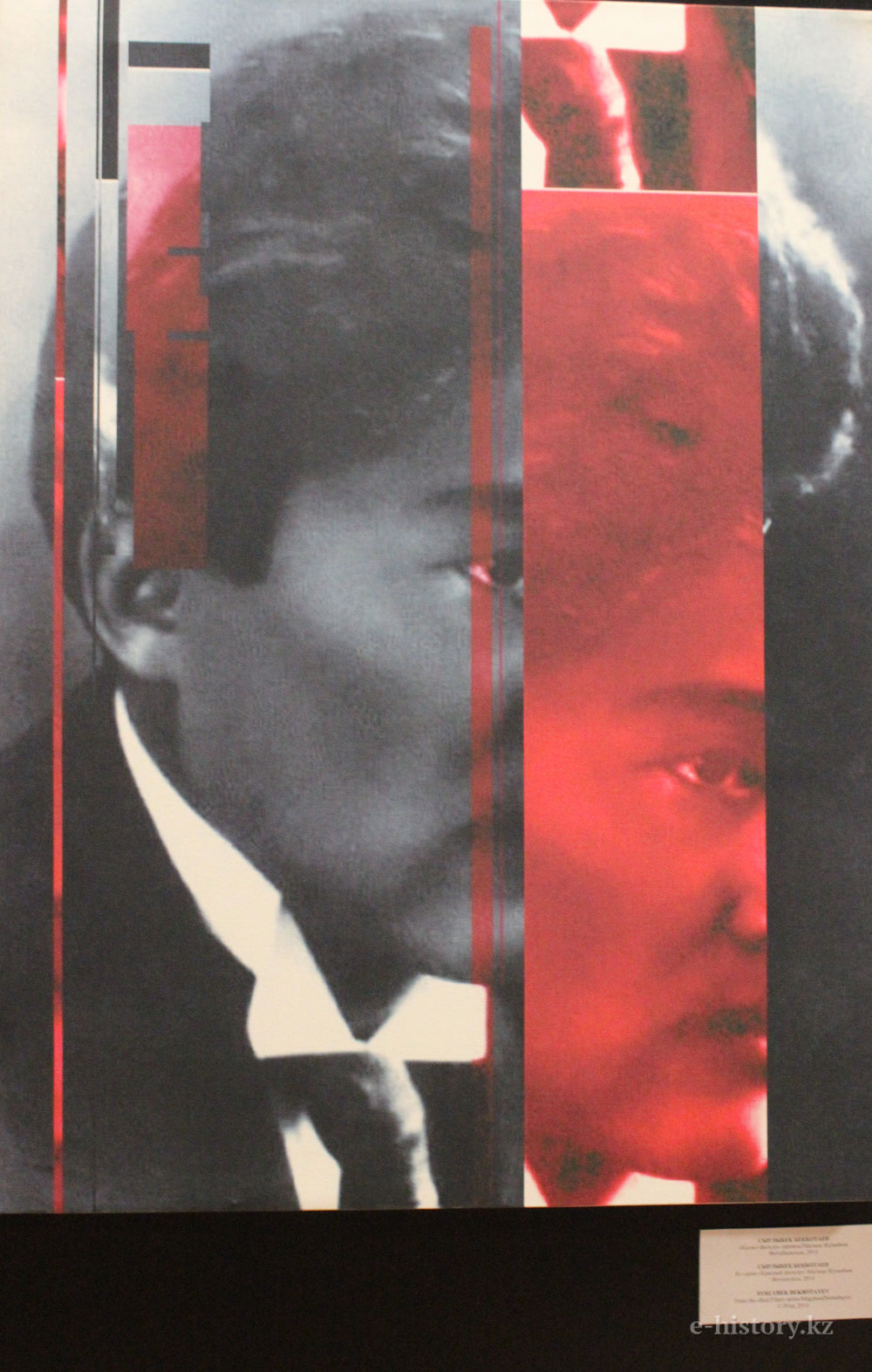 Kazakh clerisy of XX century, who worked in the field of public education, science and literature, social-legal sphere has naturally become a critical thinking focus of age-long hopes, aspirations and value orientations of Kazakh society. The participants of Alash movement — A.Bokeikhan, M.Zhumabayev. B.Mailin and others were committed to eternal values, love of country and its people, self-neglecting, honesty and honor, respect for work and knowledge, devotion to duty. The red filter, which embodies a bloody symbol of totalitarian regime and Stalinist repressions did not spare anyone. According to author, the fragmentation of portrait images of people of Alash movement emphasizes the tragedy of ruined lives. There is no reliable information about their arrests, executions, places of burials and territory of their memory of them is full of white spots.

Ainur Sadenova is a well-known multimedia artist, where the main media is sound installation

. Poems of prisoners dissemble about the confrontation of Gulag dehumanization of people, who were in the inhumane conditions of Stalin’s camps, compelled to the animal fighting by the circumstances for the existence, but, nevertheless, found the strength to create, to write poetry and to dream. 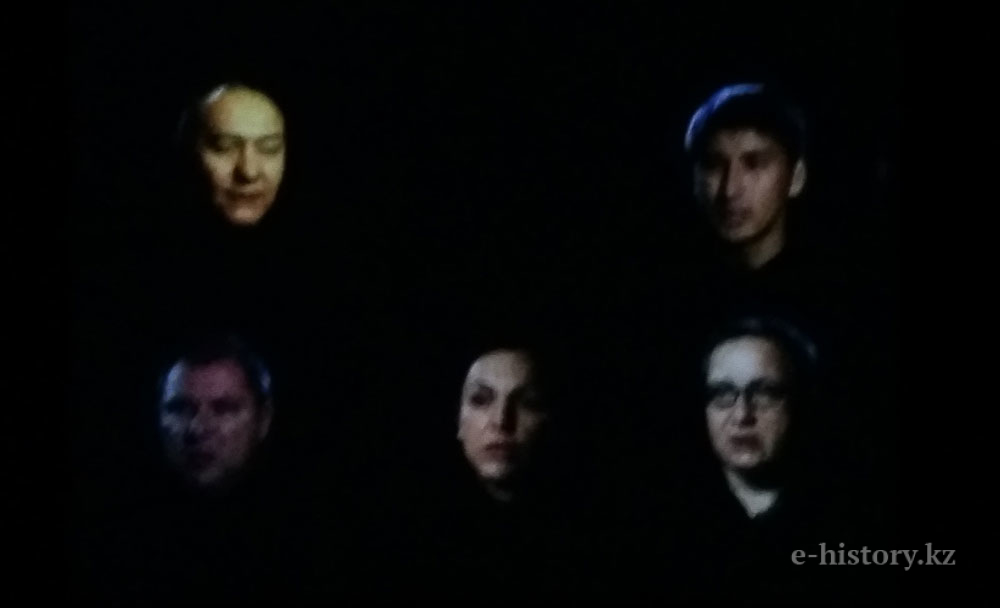 The poems are recited dispassionately, monotonically, in the same tone. However, the whole effect affects the polyphony of voices, which represents the voices and thoughts of those, who were affected by the bloody repression of totalitarianism. These are usual poems about love, life , memories... Unusual and unnatural conditions in which the poems were created, so a fragment from the poem «Requiem» by Anna Akhmatova sounds as poetic apotheosis in sound installation.

From the memories of Karlag prisoner: «I have no doubts that all this could happen again, but it happens, it will be even worse and in larger scale. Human has not changed and any education is merely a thin superficial layer of soil over thousand-year layers of selfishness, indifference and cruelty...»

It is important to note that the values of a particular society or human speak for themselves — for this reason, the issue of values is particularly relevant in transition time of social development, it requires continued analysis of people’s behavior, the direction of their thoughts and creativity.