Art of living in harmony 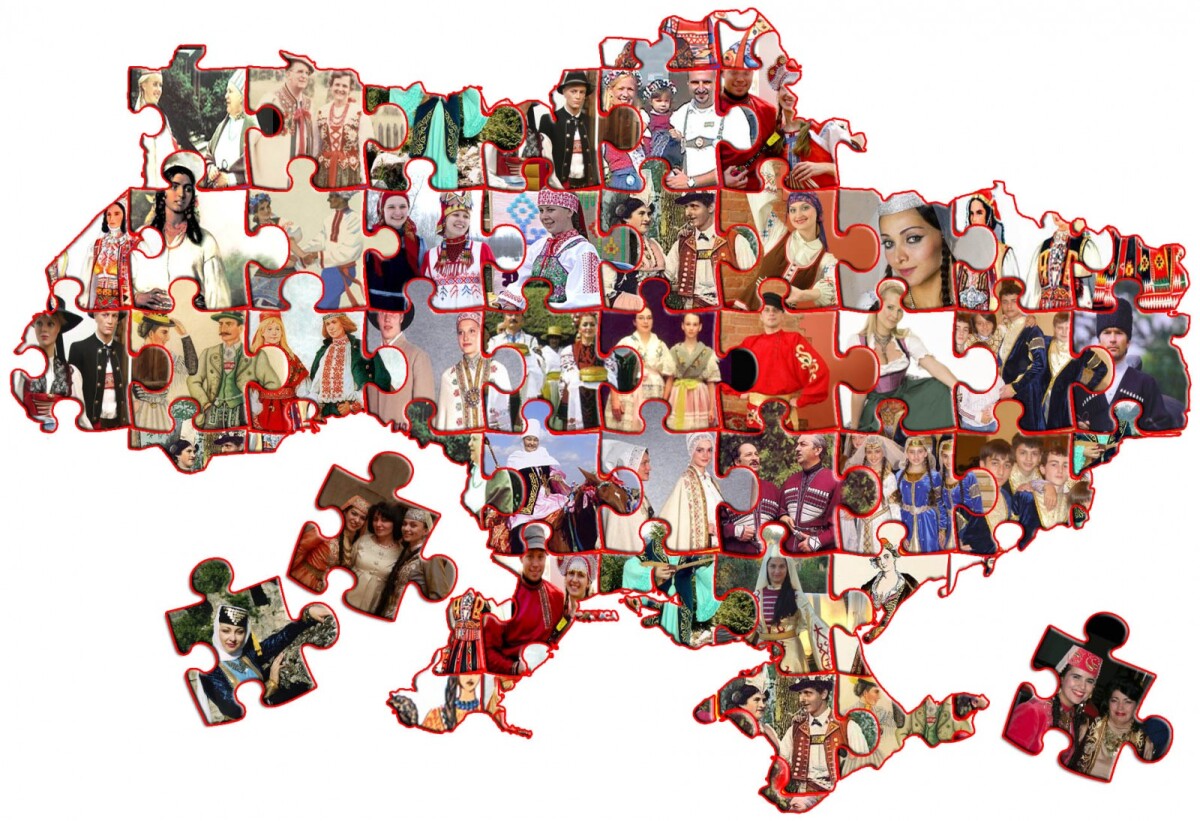 "Art of living in peace and harmony is our most valuable experience and it must always be protected. As soon as one starts to say that his nation is better than another or his religion is better than others, and hence starts the most terrible things that we see around the world.

We are humans, created by God in a single image and likeness of Him, and only then we know to which nationality we belong, and who we are on the religion. It is necessary to preserve and develop these relations"

Today the whole Kazakhstan celebrates Gratitude Day. It was established a year ago on the initiative of the President of Kazakhstan N.A. Nazarbayev. It is based on historical events, when in the years of repression to our country were deported entire peoples. Hundreds of thousands of people were brought by wagons and left to the mercy of fate. But the Kazakh people sheltered each one and gave them food. Thanks to this remained families who settled in Kazakhstan.

Gratitude Day of all ethnic groups is celebrated the second year. Today in all regions will be held celebrations and concerts. This Holiday aims to be a great day of patriotism, friendship and cultural diversity. 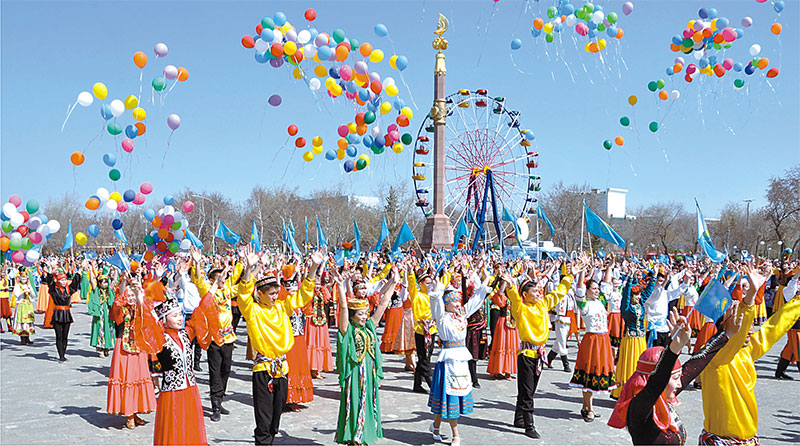 It is worth noting that the date was not chosen by chance. On this day in 1995 Assembly of the People of Kazakhstan was established in Kazakhstan.

"In Stalin's regime at different times were deported entire peoples. And Kazakh families, who themselves were in need, took them into their adobe home. Our family also took a married couple with three children. Gratitude Day of all ethnic groups to each other and to the Kazakhs who showed mercy and accepted these people as a native would further brought us closer together. This day may become a bright holiday of mercy, love and friendship of all Kazakhstanis to each other",

said the President of Kazakhstan Nursultan Nazarbayev during the XXII session of APK as of April 22, 2015.

The Head of State pointed out that a common historical fate of the ethnic groups inhabiting modern Kazakhstan had a positive impact on the mentality of the people, their views of life and aspirations, formed common to all ethnic values and ideals.

"Thanks to a big country, where in peace and harmony live millions of different, but in essence alike people. Thanks to the President who from the first days of independence took the stability of our society as a basis of public policy. Thanks to our grandparents, parents who showed us here on Kazakh land a great example of humanity in the most difficult time. They - simple workers, despite the prohibitions and persecution had not just survived and taught us to love the motherland, to appreciate friendship, peace, knowledge, work, honesty in relationships. And we in our national association teach the younger generation of Kazakhstan",

"Dear Kazakhs, take a hot salam from grateful Ingush and Chechens. Deportation to Northern Kazakhstan was an ordeal, we were taken as enemies of the people on carts and sledges, but the local population took us, not turned away, helped, gave advice and accustomed to a new life. Now the most important thing is that such "mistakes of history" are not repeated. Therefore, it is quite natural desire to understand the past, we are grateful to all indigenous people: a low bow for that we lived to see this day, thanks to the people who saved us",

"The celebration of Gratitude Day is a good reason to think that here, on Kazakh land lived and worked at least several generations of my ancestors, here I took my first steps, I live here, my children and grandchildren, too. With such thoughts and real deeds formed common Kazakh identity and strengthened our unity and statehood. It seems to me that this holiday will cross the state border of Kazakhstan. It will be marked by compatriotic associations of our countrymen in Russia, Germany, France and other countries. Remembering our best years lived in this country and bow to the sacred land of our ancestors",

"When people ask me why I live in Kazakhstan, I just say – here it is good, my friends, neighbors live here and I am grateful to the people who are close. Where else can you meet such an attitude to yourself, when neighbors go to visit each other and can share the latest, when you yourself come to the rescue. And in our country live that way and I do not need another. On Gratitude Day I would say special thanks to our President Nursultan Nazarbayev for the fact that we do not divide on account of our ethnic descent. We all are Kazakhstanis. We should have common goals and common methods to achieve them. Among which the main is work",

"The Poles were among the first deported to Kazakhstan. Special settler status for 20 years was associated with a restriction of personal freedom and weekly marks in the commandant's office, with the ban to remove from the place of residence, without the right to correspondence and education in native language. The first years of life were very difficult in inhuman conditions with slave labor, hunger and disease. Only advice and assistance of the local population made our life easier. My grandparents remembered that largely thanks to the local population they were able to survive the hard times. Today we live in a free country, fearlessly speak the native language and profess our faith. We are equal among equals; all paths are open to us. We bow to the past, roll up our sleeves and - for the job"

expressed gratitude the Chairman of the Association of Poles in Akmola oblast Alexander Sukhovetskiy.

"In my hands are the Bible and zhaynamaz - both are very expensive for our family. In the years of repression my grandmother took care of a young German girl, her name was Hilda. To believe for the repressed ones was forbidden, and the girl asked to keep this relic, secretly reading it, she drew strength. Confidence in the old Kazakh woman was so great that she opened her most intimate. My grandmother worshiped Allah. And zhaynamaz, where she prayed, and Hilda’s Bible always were in our house. And in it is a strong sense of deep respect for other people's spiritual values. We must always have a heart, as if the fate experienced us", 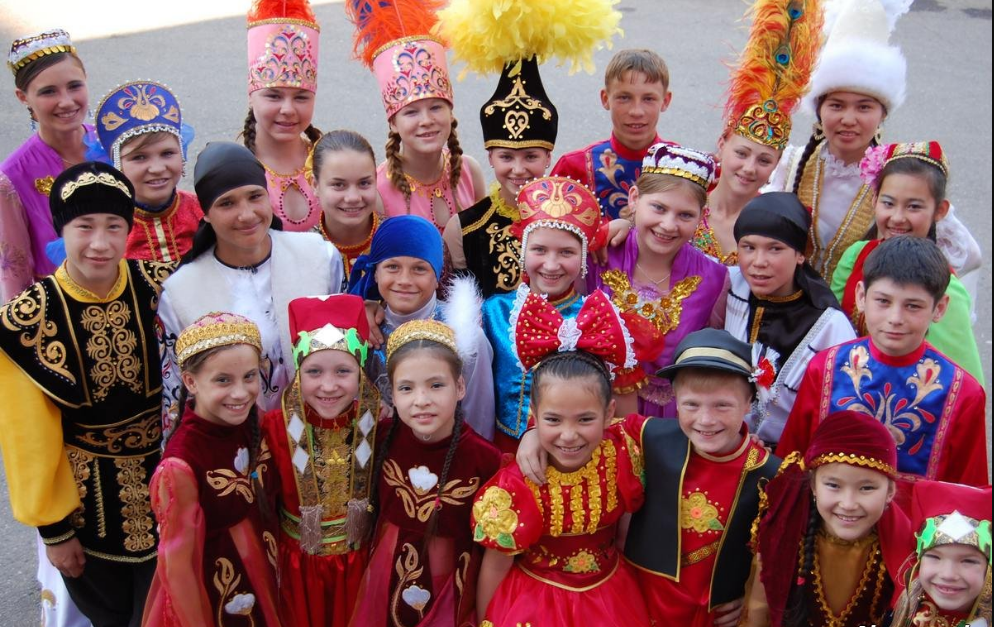 I would like to wish on that day the hearts and souls of all people cleared of slags of aggressiveness, jealousy, neglect. Let this day in our memory appear hundreds, maybe even thousands of names of people whom we can and should say: "Rakhmet for being with us, live with us today."

We recall that holidays when you say "thank you" exist in many countries of the world. The most famous in the world is Thanksgiving Day. This is a public holiday in the US (is celebrated on the fourth Thursday of November) and Canada (the second Monday of October). With this holiday begins a season, which includes Christmas and lasts until New Year.

Thanksgiving Day was originally the holiday of expression the gratitude and appreciation to God, your family and friends for material well-being and a good attitude. It was celebrated since ancient times. But since then, in the US and Canada it largely lost its religious roots and became civil, customary and nationwide.