May 31, 2016 a flower-laying ceremony to the Memorial Wall was held.

The event was held with participation of heads of the akimat and maslikhat of Astana, akimat of Akmola Region, descendants of the repressed and deported. The event started with the speech of Secretary of State Gulshara Abdikalikova. 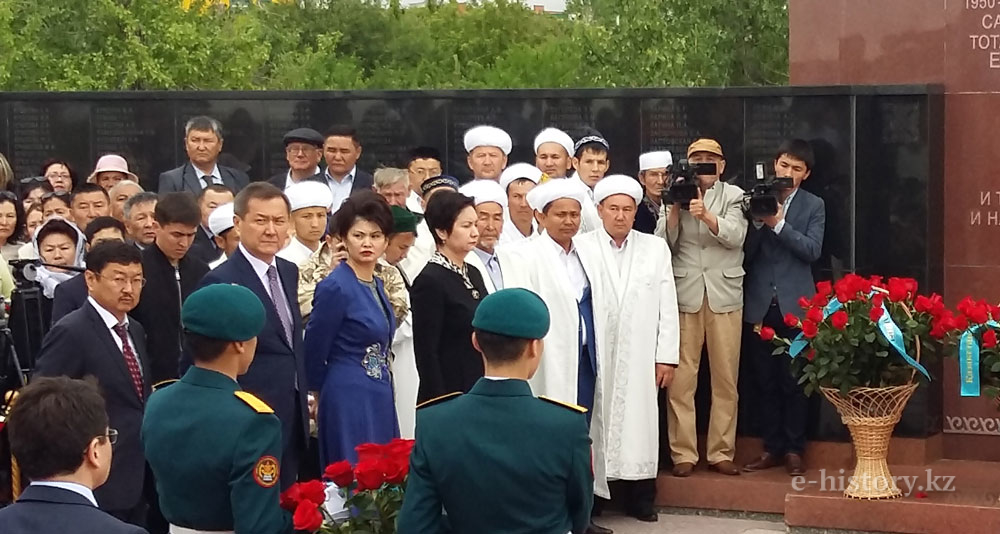 -Dear participants of the meeting! As you know, 11 camps were established in the years of Stalinist Repressions in Kazakhstan: Karlag, Steplag, Alzhir and others. There were 2 million people and almost a fifth was a deportee. The republic resembled a giant Gulag of the USSR. 800 thousand of Germans, 550 thousand representatives of Caucasus people, 18.5 thousand Koreans from Far East were deported. Since the beginning of XX century, 5 million people came to Kazakhstan and there were only 6 million Kazakh people. From 1921 to 1954, over 3 million people were convicted, more than 640 thousand people were executed, 103 people stood convicted for political reasons, 25 thousand people sentenced to capital punishment including almost the entire administration of the republic — 650 people. Kazakh clerisy — Saken Seifullin, Ilyas Zhansugurov, Beimbet Mailin, heads of Council of People’s Commissars, secretaries of Regional Party Committees, representatives of Regional Executive Committees and many others were shot.

-The Head of State said at XII session of the Assembly of People of Kazakhstan, «We survived and helped all innocent victims of Stalinism, achieved our independence peacefully and united all ethnic groups and religions». Today we have gathered in the village Akmol — the former 26 point, where 17th forced labor camp R-17 or Akmola camp of Motherland traitors’wives was located during the period of 1937-1953. Famous prisoners and wives of prominent figures of Kazakh people — Turar Ryskulov, Nygmet Nurmakov, Sanzhar Asfendiyarov, sister of Marshall Mikhail Tukhachevsky, wife and daughter of Avel Enukidze and many others were kept as prisoners.

— Our sacred duty is to honor the memory of political repression victims, to pay tribute to those, who did not come in terms with terror and evil. Kazakh people facing the threat of extinction made an incredible thing to save the lives of other people.

Today, thanks to the harmony, unity and edifying which is the solid basis of our national unity — we develop and move ahead.

Then imam of the mosque «Nur Astana» Adilkhan Serikbay read surah and head of Orthodox Church of Kazakhstan Metropolitan of Astana and Kazakhstan Alexander said a prayer.

Video panorama exhibition «Famous names of Alzhir» was shown during the event. The photographs and brief references of the former prisoners of Akmola camps whose names are widely known were demonstrated on the exhibition. Among them are Gulzhamal Mailina, Aziza Ryskulova, Damesh Zhurgeneva, Lidiya Ruslanova, Rakhil Plisetskaya and others. Also exhibition «Unique exhibits of „Alzhir“ museum» was organized in the exhibition hall; the materials were gathered during the trips to Atyrau, Aktobe, Ekaterinburg and other cities. There are photographs, archive documents, personal property of the repressed in 1930 among them. 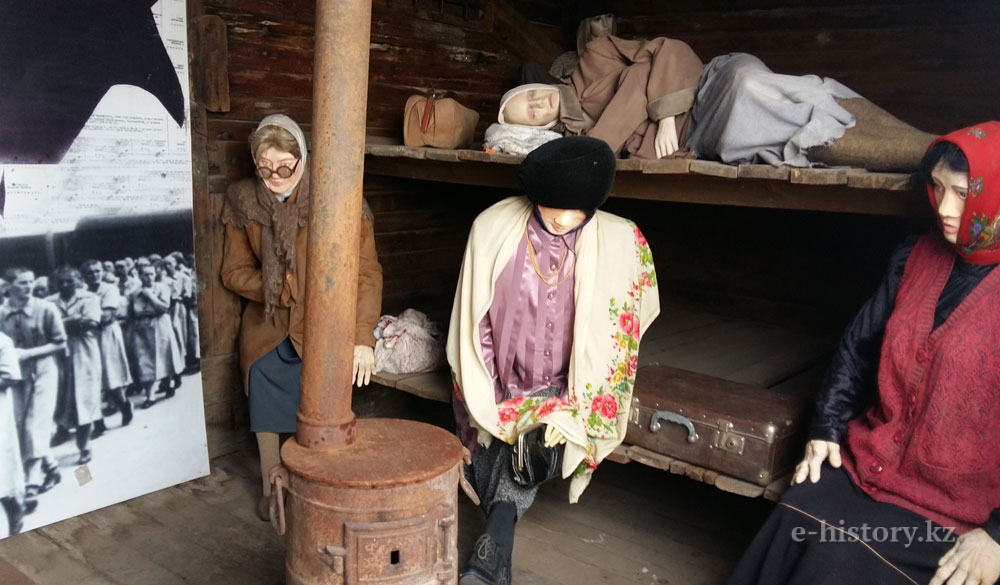 Excursions to the halls «Alash», «Alzhir» were organized, documentary «Fierce cold of Alzhir» and video «1937. Early withered flowers» were shown to the guests. 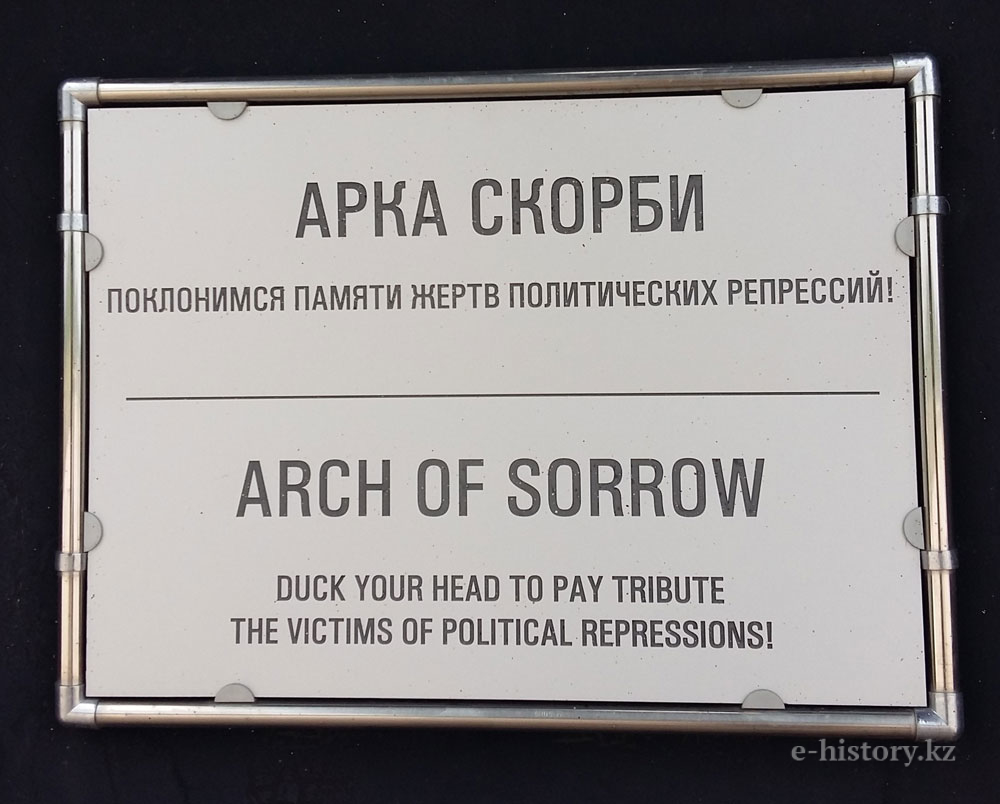 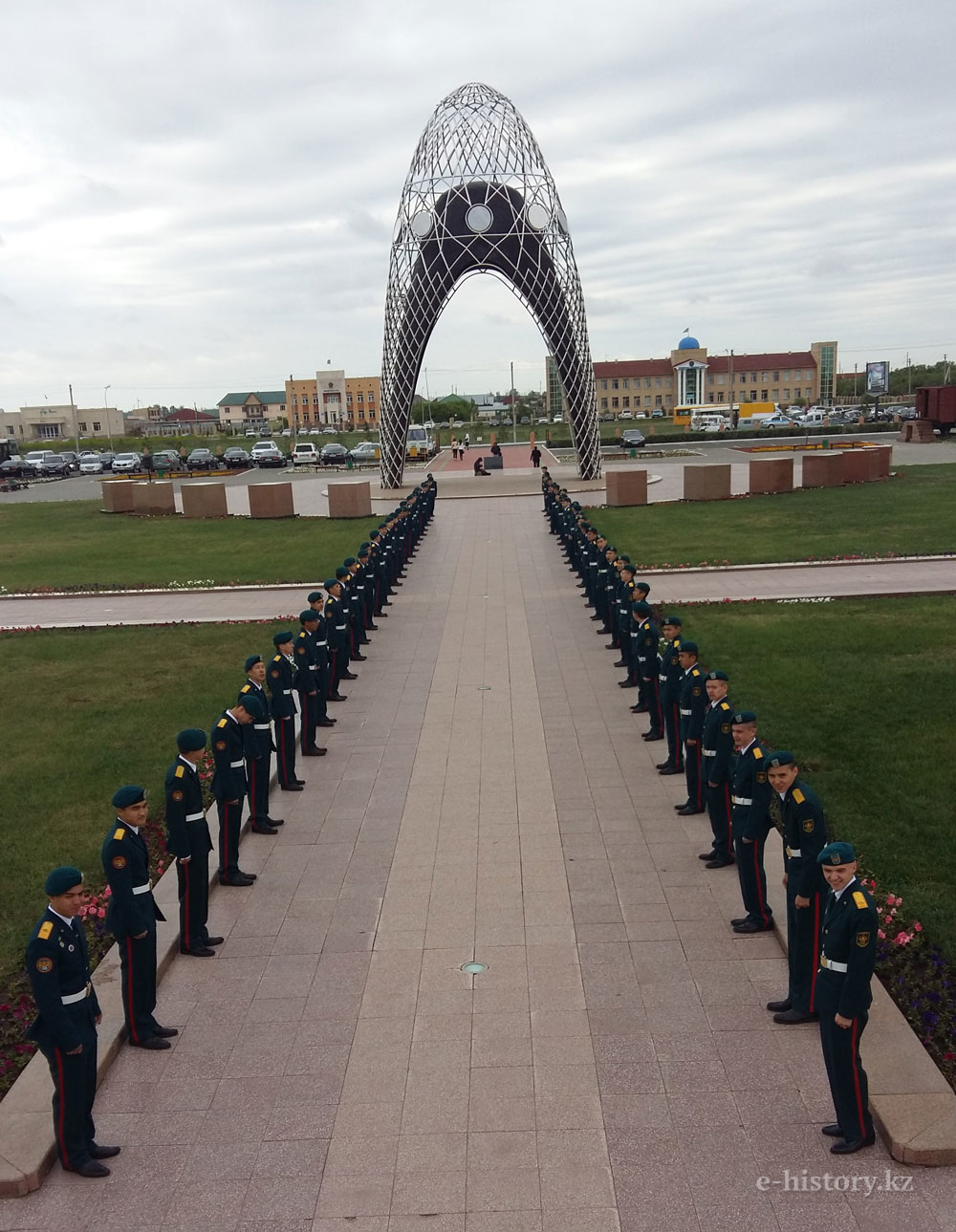 This day 9 years ago, Museum and memorial complex of victims of political repressions and totalitarianism Alzhir was opened on the territory of the women’s special department of the former Akmola camp at the initiative and participation of the President of the Republic of Kazakhstan Nursultan Abishevich Nazarbayev.