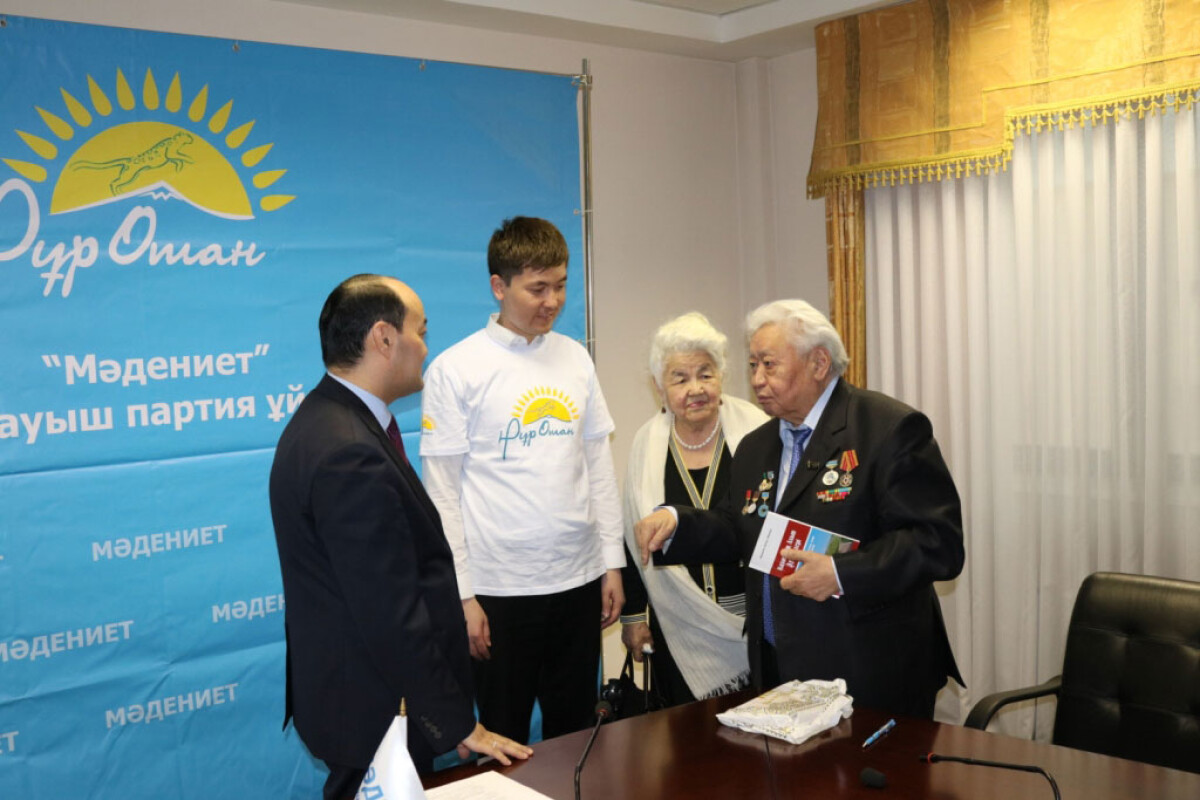 The meeting is organized with the aim to tell youth about courage and heroism of Kazakhstani men during Great Patriotic war in 1941-1945 yy., teaching patriotism, interest to the study of the historical past of our country. 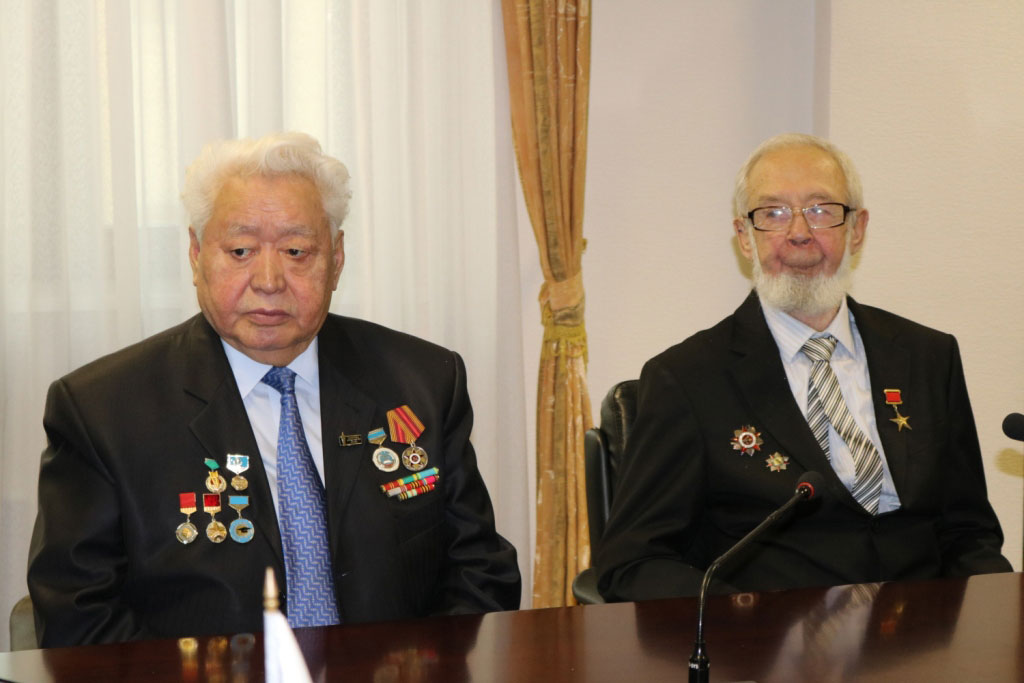 In the event the veterans of Great Patriotic War — the Hero of Socialist labour, son of the regiment, holder of the 1st Class order of Glory, «Kurmet» order and «Gallantry» medal Kartauzov Leonid Mikhailovich, holder of the Order of the Red Banner, 3rd Class order of Glory, «Kurmet» order and «Distinguished Service» medal Beken Kadam, veteran of labour, war worker, member of the Union of Journalists RK, candidate of biological sciences, docent Shakhmanov Bostan Sabitovich, veteran of labour, war worker, holder of the medal «For Distinguished Labour» Iskakova Kulyash Kylyshevna.

Greeting the honored guests the Deputy of the Head of primary party organization «Madeniet» of «Birlik» branch of «Nur Otan» party, the Chairman of the Committee on religion of the Ministry of Culture and Sport of the Republic of Kazakhstan Galym Shoikin expressed gratitude to veterans for their work and heroic efforts on the achievement of victory and provision of peaceful existence of following country generations. He underlined that in progressive achievements and successful development of modern Kazakhstan the special place taken the tireless labour and faith into the future of elder generation for whose part fell troubles connected with war and after-war building of the state. That is why, the present generation of Kazakhstani people should remember that and do everything to save peace in our country.

The veterans of war Kartauzov Leonid and Beken Kadam told about the fact how and where they fought, how they took part in fight operations on the liberation of Moscow, Stalingrad, Tiraspol, Minsk, Kishinev, Warsaw.

The guests also shared their memories on celebration of Victory on 9 May, 1945 in Berlin and raising of the banner of Victory over Reichstag. They wished the young generation of Kazakhstani people peace, stability, and peace in our country.

The Hero of Socialist labour Leonid Kartauzov also told about his labour deeds for the period of clearing virgin lands. Especially then, losing his both legs at war he managed to be a tractor-driver — the efficient performer of production, and among not many to gain the highest award of the country for his self-sacrificing labour at peace time.

War workers Shakhmanov Bostan and Iskakova Kulyash told about the life difficulties in work home front, about day and night work of children and women in the hardest conditions in the sphere of agriculture, where they supplied together with all the people the war front with necessary food. They told about twists and turns of their life, which deprived them at war and during after-war years the closest people.

At the end of the meeting, the heads of primary party organization «Madeniet» congratulated veterans on coming 71st anniversary of Victory in the Great Patriotic War and presented them memorable gifts and food baskets.