On 7 April 2016 the National Museum of the Republic of Kazakhstan was held the meeting to the memory “Alashtyn alaby”, dedicated to the 145th annivesary of Khadzhimukan Munaitpasov.
The main purpose of the event conducted within the framework of the project «Historical personalities» is the introduction with historical documents and facts from the life of Khadzhimukan Munaitpasov. He is the first Kazakh man who won the title of the World Champion in French wrestling, many times won in world Russian, regional, later national championships in classical wrestling among heavy-weights. Khadzhimukan is the holder of about a hundred awards and medals of various marks.

Deputy Director of the Museum Zhaken Taymagambetov in his speech noted that Khadzhimukan Munaitpasov is in charge of the accomplishments of Kazakh sport. 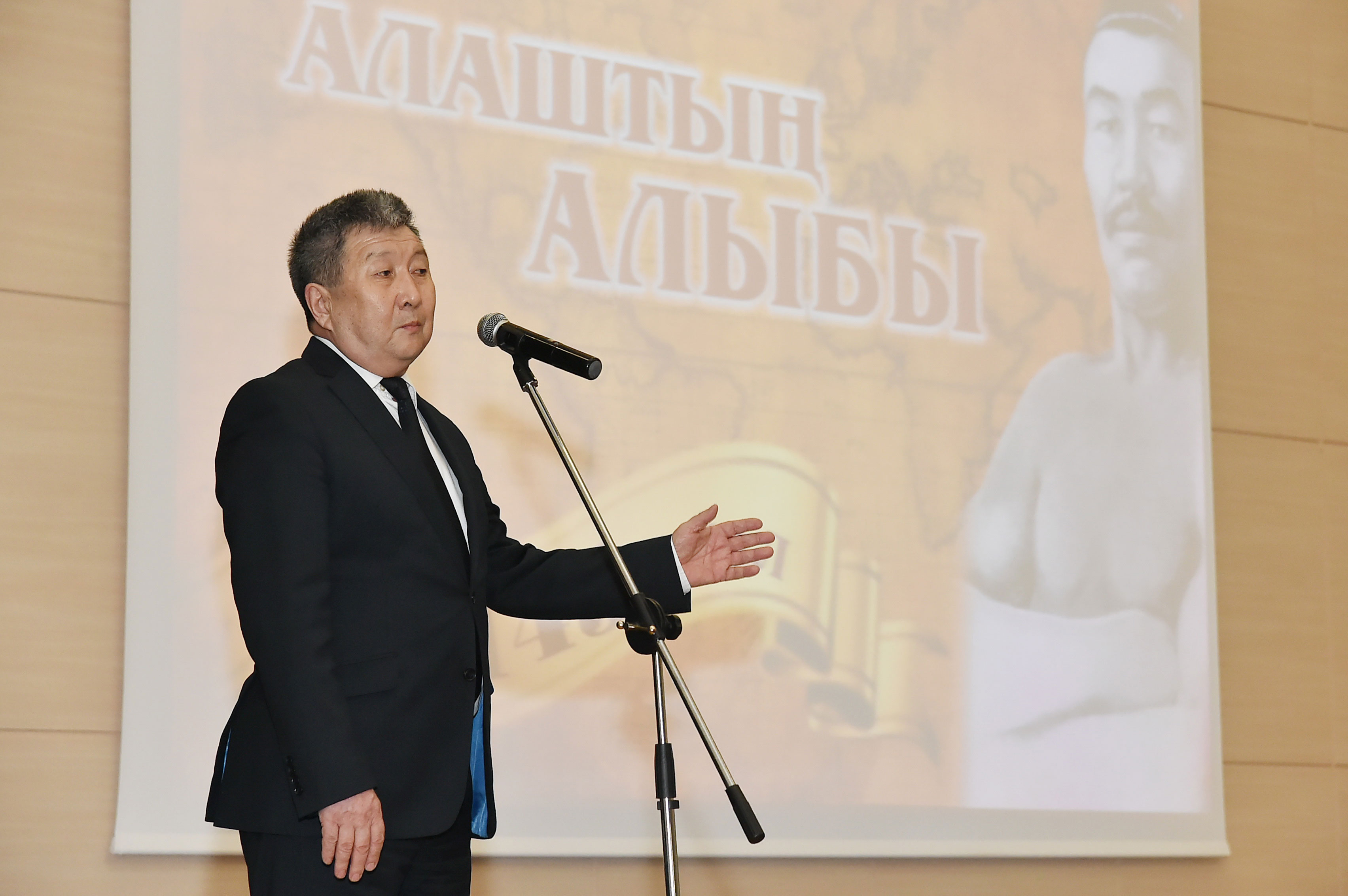 — Now we have all the possibilities to go in for sport. In the Soviet time even the word «karate» was under prohibition, people did karate secretly. Nowadays, Kazakh sport is recognized in the whole world. Many of our sportsmen showed best results and because of them they upgraded the prestige of the country. At the head of these victories are our famous ancestors such as Khadzhimukan, said Zh.Taimagambetov.

Specially invited guest of the event — Melnichenko Yuriy Vasilyevich, Olympic champion of Atlanta, repeated world champion and champion of Asian games, honored master of sports of Kazakhstan and Chief coach of the national team of Kazakhstan on Greek-Roman wrestling stopped at the peculiar attitude of people to sports.

— I am very glad that today such an honor is given to a well-known master of sports — Khadzhimukan Munaitpasov who made Kazakh sport recognized in the whole world. He is really the first sportsman of Kazakhstan of that time and successors of his today can be caledl Zhaksylyk Ushkempirov, Daulet Turlykhanov, Bakhtiyar Nurseitov. In our country there are multiple sports centers named after Khadzhimukan and Baluan Sholak. It is the expression of respect of people to sports, said Y.Melnichenko. 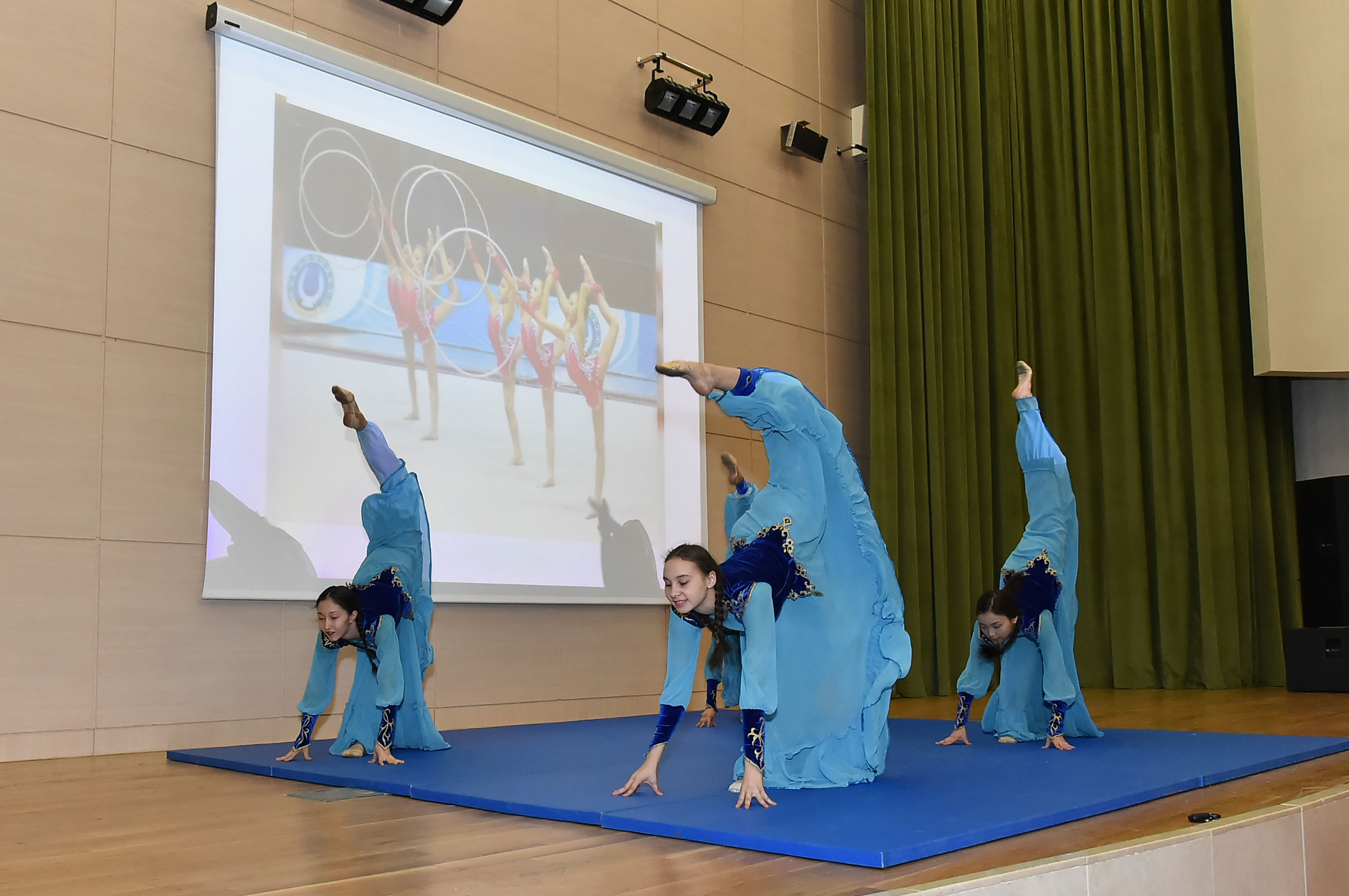 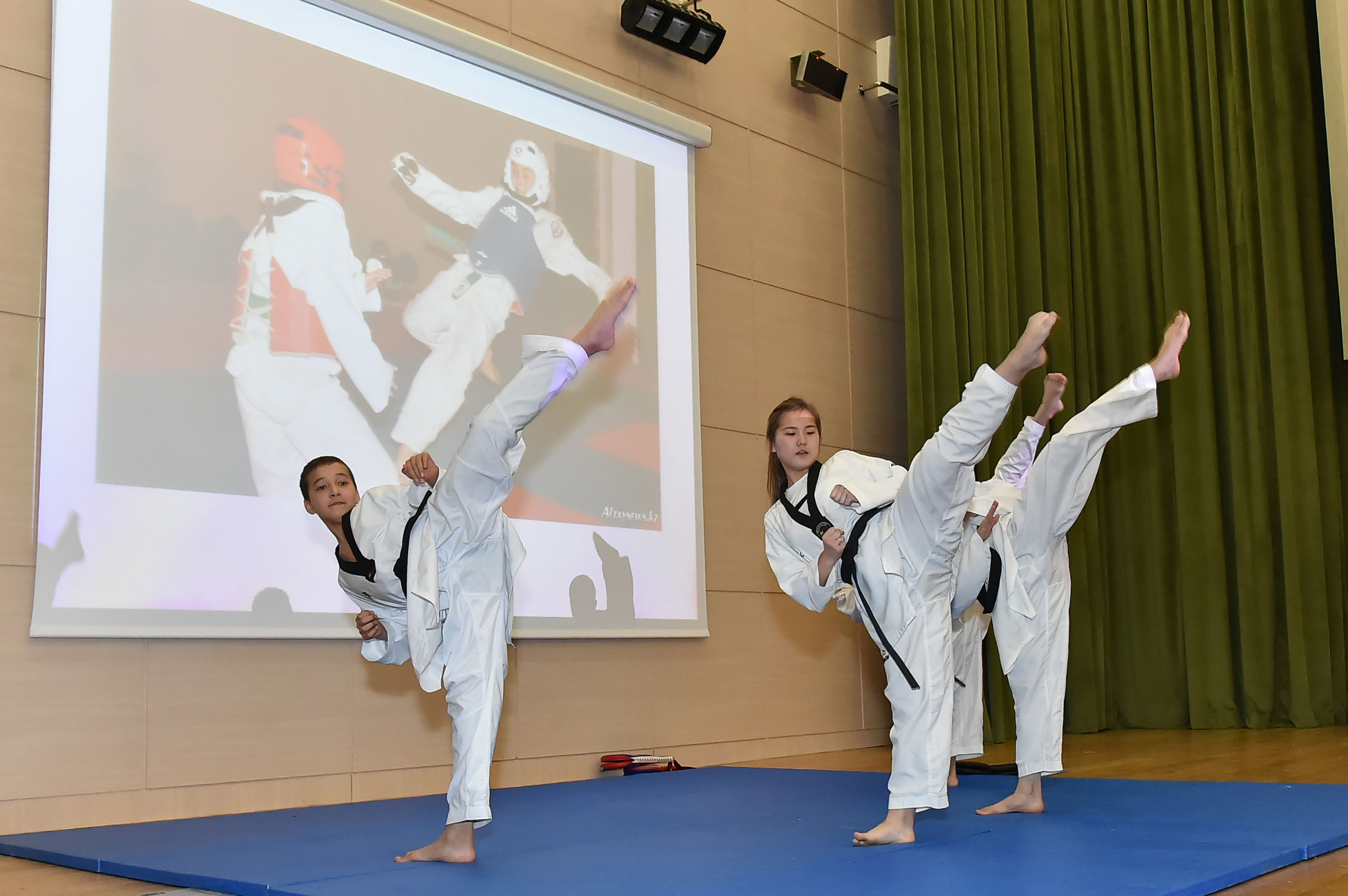 In the course of the event were demonstrated videos on the all-time paluan of Kazakh steppe. Also, young sportsmen of a specialized school-boarding school-college of the Olympic reserve named after Kh.Munaitpasov performed with the program in gymnastics, boxing, taekwondo, and Greek-Roman wrestling.