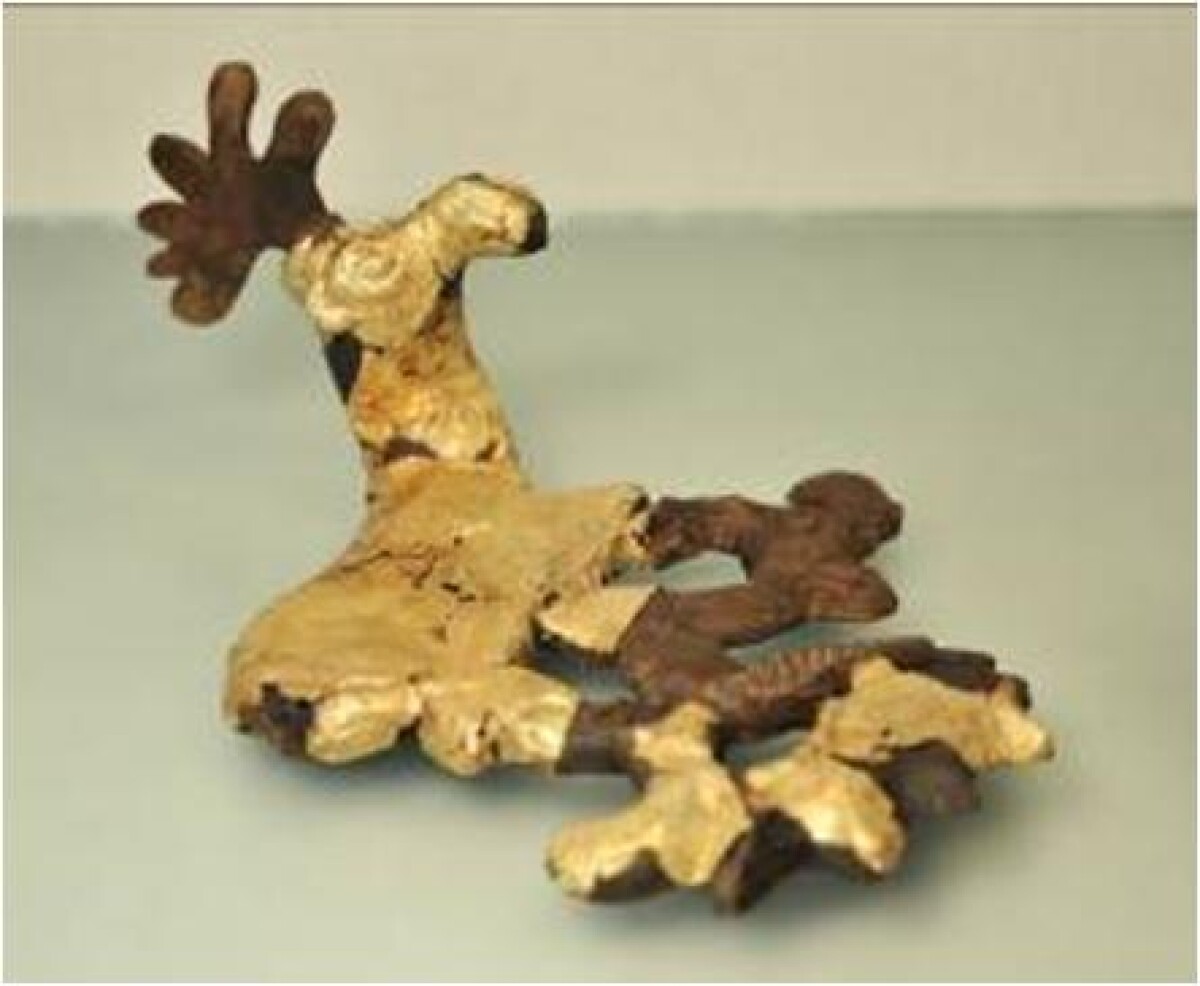 Ministry of Culture and Sport of RK transferred 968 archaeological finds to the fund of the National Museum.
Ministry of Culture and Sport of the Republic of Kazakhstan transferred 968 archaeological finds from the burial mounds located in East Kazakhstan region. It is the result of nearly 5-year work of RSE «Kazrestavratsiya» foe restoration and conservation of monuments and antiquities. 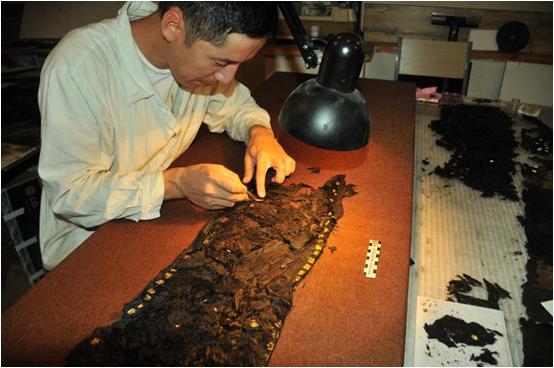 This year of the 25th anniversary of Independence of the Republic was marked by the great event — Ministry of Culture and Sport transferred an extensive collection of unique finds after the restoration in the leading national laboratories. Two leading organizations working in this field, RSE «Kazrestavratsiya» of MCS RK and Research and Restoration Laboratory «Ostrov Krym» presented results of their work.

Objective reconstruction of the past is the most important task of the modern generation. Only true knowledge can become a reliable basis for ideas about historical path traveled by our ancestors, which we can pass to our descendants in turn.

-Today the state program «Cultural heritage» implemented by the initiative of the Head of the State in 2004-2011 finds its continuation in the cultural policy of the country and strategic plan of Ministry of Culture and Sport. We carry the great work on the study of the rich cultural heritage of Kazakh people including restoration work on historical and cultural monuments of particular significance in the national history,-noted Minister of Culture and Sport Arystanbek Mukhamediuly. —It is the result of 5-year work of RSE «Kazrestavratsiya» on restoration and conservation of monuments and antiquities.

The transfer of 968 restored monuments and antiquities to the funds of the National Museum of the Republic of Kazakhstan was held in the framework of presentation. These artifacts are finds of famous archaeologist Zeinolla Samashev, discovered in Berel burial mound by him. Visitors can see restored archaeological finds on the exhibition «Images from past in present» in the atrium of the museum. 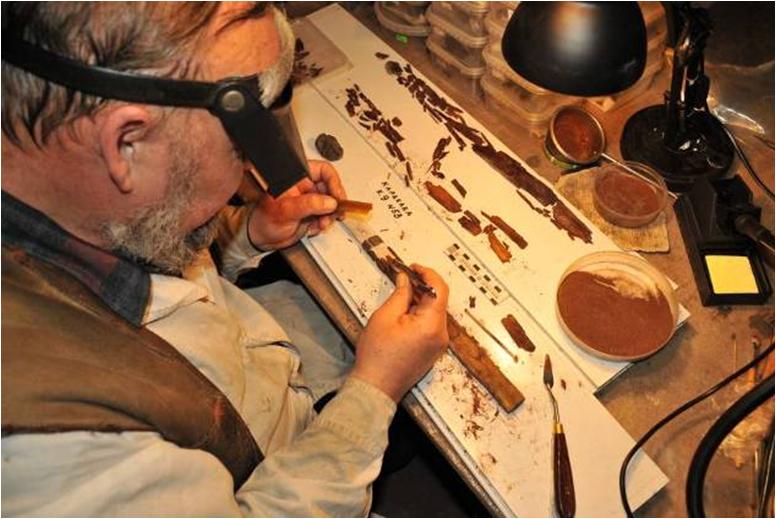 "The work of the restorers is the most important link in the reconstruction process of the past. It is not enough to get this invaluable knowledge with the help of archeologists and historians, it would impossible to represent stunning and amazing picture of the past, our thousand-year history without hard work of the restorers«,-noted Executive Director of RSE «Kazrestavratsiya Arnur Karymsakov».

More than 350 monuments are restored and preserved during the years of company operation. Among them are pearls of ancient architecture as Mausoleums of Aisha-Bibi (XI century), Babadzha-Khatun (XI century), Arystan-bab (XII-XVII centuries). 20 monuments are restored on the territory of the museum-reserve «Azret-Sultan» to the 1500th anniversary of Turkestan. About 10 objects are transferred to operation to the 2000th anniversary of ancient Taraz on the territory of historical-cultural museum «Monuments of ancient Taraz». About 15 buildings of late XIX — early XX centuries are restored in Almaty.

In the framework of event held at National Museum, the participants will have the opportunity to get acquainted with hard and tremendous work of restorers of our country. The staff of Research and Restoration Laboratory «Ostrov Krym» will conduct workshops on initial restoration of artifacts from organic materials.

-The highest responsibility over history lies on the basis of activities of those specialists, because any wrong action can lead to the irreplaceable loss of unique information, says Director of the Laboratory «Ostrov Krym» Krym Altynbekov.

According to K.Altynbekov, «before you restore the original appearance of thing, it is necessary to understand culture, spirituality, philosophical world-view of people, its relations with the environment, nature and space. Only then you can succeed. Otherwise, the reconstruction will look like nothing talking fake».

As a result of the activity of the laboratory, items found in the burial mounds of Berel, Karakoba, Baigetobe and others were saved from darkness of the past. Extensional reconstructions of Golden man’s clothing, Taksay priestess (Altyn khanshaiym), chiefs whose remains were found in the burial mounds of Aral-tobe, Baigetobe, Taldy-2 were performed. Look at the photos, they are original witnesses of those efforts made by the restorers to bring essentials to the ancient things back. Priceless objects that strike us accuracy of implementation, courage of conception are recreated from scraps, fragments and grains.

It is noteworthy, that the works of the ancient masters both large and small forms are presented in the framework of the event. Thus, visitors of the exhibition can admire the work of ancient architects, who constructed complicated structures and their comrades-in-arms — masters on creation of beauty, in the result of filigree of which world of amazing things was created.

The exhibition is a presentation of results of long-time work to rescue artifacts of the past. 968 archaeological finds from the burial mounds located on the territory of East Kazakhstan region are prepared for the further life in the museum. All items transferred to the museum have passports of restoration with recommendations on storage conditions.