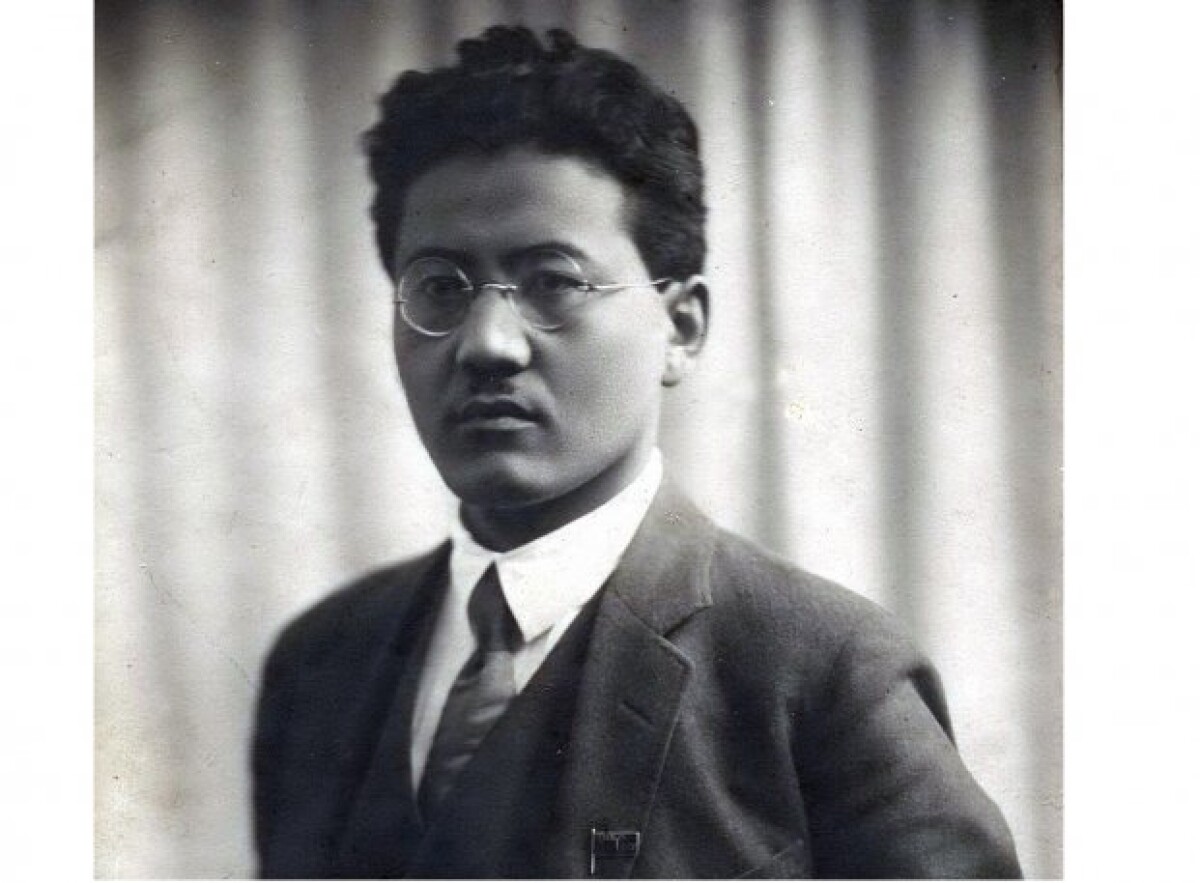 Turar Ryskulov – naturally gifted, encyclopedically renaissance thinker, leader of the world union, Central-Asian and Russian scale.
Kazakhstan «ryskulovedy» (whose who study life and works of Turar Ryskulov) consider that the 125th anniversary of T.Ryskulov it is necessary to set the memorial monument in Astana.

The main coordinator of «ryskuloveds» Moldiyr Serikbayev is engaged with the unsolved questions on this historical personality since 1974. Under his supervision the group of specialists prepares the encyclopedia about Turar Ryskulov for the jubilee and suggests to conduct the international theoretical conference at the republican level.

It can be said a lot about Turar Ryskulov. In publications and archive materials there is a lot written about Turar Ryskulov. Ryskulov — personality, statesman, organizer and historian, diplomat, culturologist of the wide profile, Orientalist, legal expert. The activist of the Comintern touched the Turkic-Muslim problems in an integrated manner — created the Turkic republic, Turkic communist party, confederation of Turkic speaking people (Turkestan, Kazakhstan, Bashkortostan, Tatarstan). He forged relationships of economic and customs unions between Kazakh and Turkestan republics, Central Asian economic unions among Bukhara, Khiva, Turkestan republics, customs unions between Iran and Turkestan republics, by covering republics of the Caucasian region and Iran highland, Highland Asia, Oman, Persian Gulf and of the Indian ocean front.

During the construction of the Volga-Don channel in 1927 Ryskulov opened the transport-economic sea corridors between the sea lanes of the Volga and water zone of the Caspian, Azov seas and river basins of the Black, Azov seas, also opened the sea economic corridors among European countries.

He actively contributed to the opening of Turkestan-Siberian railway. The construction of the union highway of the Turksib is the forebear of the industrialization of the exploration of agro-industrial complexes and preparation of engineer-technical, technological cadres and building of hydro-stations in the cities of Almaty and Bishkek. Starting with its idea began the second stage of the revival of the people of Western Siberia, Western Mongolia, Western China (Altays, Khakases, Tyvins, Baramin Tatars, Yakuts, Mountian Shorts, Tolenguts, Teleuts), that is the rebirth of Euraisan Turants, Turkic-speaking people, said Moldiyar Serikbayev.

Turar Ryskulov’s talent was highly evaluated by his contemporaries. M.V.Frunze in the report addressed to Lenin wrote, «Among local cadres two are revealed — Ryskulov and Khodzhayev (Nizametdin) whom masses follow. But the first one does not only possess the mind, but also the character».

Central Asia is still holding the tracks of colonial policy of tsarist Russia and it is not allowed to take that into consideration.

It is worthy to note that Turar Ryskulov for the first time put forward the idea of creation of parliament-democratic form of state administration without authoritarian party dictatorship.

Before territorial dissociation of the Turkestan republic in 1919 he made a proposal about the joining of Syrdarya, Zhetysu regions and Adavsk district from the composition of Caspian region into Kazakh ASSR.

He proposed to make the civilized ancient capital of Kangui state Tashkent the capital of Kazakh ASSR for the unification of Turkic-speaking and Eastern people. Also, on the initiative of the epoch activist Turar Ryskulov in 1920 in Turkestan republic the Muslim national army is created.

This same year he formed the special committee of the Turtsik on the arrangement of the Kazakhs-refugees from Semirechye. In 1919-1920 years he participated in the work on the arranging the border issues with China. In 1923 on the suggestion of T. Ryskulov the Central Asian economic union among Turkestan, Khiva and Bukhara republics, united central Asian tax services, single irrigation systems (sredazvodkhoz), Sredazbank. Ryskulov made a great contribution to the economic transformation of the republics of Central Asia, Russian Federation and Mongolia.

In 1935 Ryskulov saw Kalinin and made a proposal to make Kazakhstan and Kyrgyzstan union republics. As Ryskulov’s spouse Aziza Tubekovna said in 1984 after the talk with Kalinin Turar Ryskulov came home in a good mood and said to his wife about these plans. Ryskulov was in good relations with Kalinin.

After the arrest of Turar Ryskulov on 21 May 1937 M.I.Kalinin after calling to the Chairman of Moscow city council, ordered to assign two-roomed shared apartment to his wife Aziza, told Moldiyar Serikbayev the story of those times.

Turar Ryskulov, being the chairman of the Central committee on the fight with hunger in Turkestan republic sent to Stalin’s address one by one three letters (1932 year, September, 1933 year, January, March).

The last letter got the greatest political tone on complex tragic problems of the country. Thus, he preserved the Kazakh people from the total dying-out. As a result of the huge work of the Chairman of the Central Committee on the fight with hunger in Turkestan republic 1,2 million people were saved from hungry death.

During the mass Stalin repressions Turar Ryskulov was declared the enemy of people and shot on 10 February 1938. On the data of FSS (Federal Security Service) of Russia, transferred to the fund of «Memorial» in the list of buried at the special object of NKVD (People’s Commissariat for Internal Affairs) under the name «Kommunarka» there is the information on the burial of T.Ryskulov.

In 1956 he was rehabilitated posthumously. According to Moldiyar Serikbayev’s opinion, after the fall of the USSR because of the lack of single concept of the CIS states the works of current state activists were fully buried. This, in fact, became the abolishment of spiritual wealth of the country. Now, it is necessary to gather archive material for the edition of T. Ryskulov’s works.