Monument with ancient Turkic tamgas was raised in Astana 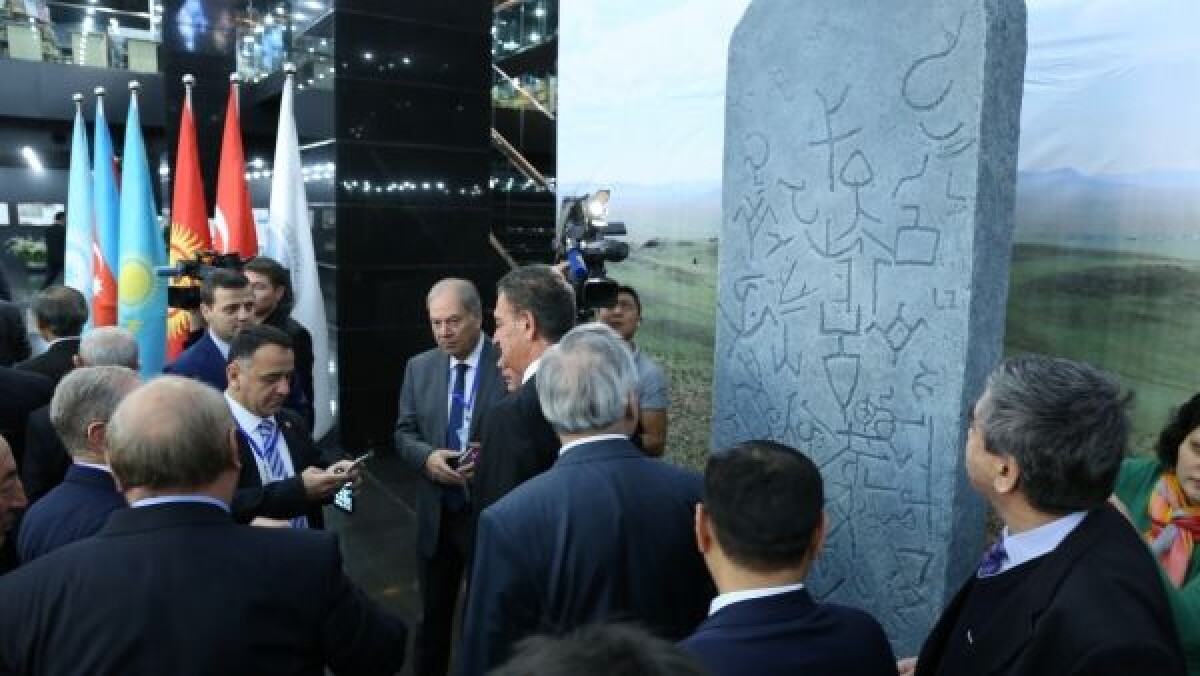 A solemn opening of the monument, which is the precise scientific replication of a stone monument with generic tamgas from ancient Turkic ritual complex «Shiveet Ulan» in Mongolia was held in the capital’s Palace of Peace and Reconciliation.

The speakers of parliaments of the participating countries of Turkic Parliament Assembly (Azerbaijan, Kazakhstan, Kyrgyzstan, Turkey) attended the event which was held in the framework of the plenary session of VI Turkic-speaking countries Parliamentary Assembly Summit.

The heads of international organizations, heads of foreign diplomatic mission accredited in Kazakhstan, diplomats, prominent scholars and intellectuals also attended the opening of the monument.

Monument «Mangi tas» («Eternal stone») is a symbol of unity of our people, the great Turkic ruler raised the monument that is pride for us. The oath of Turkic people was sealed on this monument, great laws were adopted, kurultays were held and became the origin for the creation of the current parliament«,-said State Secretary of the Republic of Kazakhstan, Gulshara Abdukalikova.

«Shiveet Ulan» is a ritual complex (VI-VII century), which was located in the ancient valley of Otukan and was built in honor of kagan of the Eurasian Empire of the Turks who rallied a number of ethnic-political alliances under one shanyrak«, — said the famous scientist, specialist in Turkic Philology, professor Myrzatay Zholdasbekov at the solemn opening of the restoration copy «Mangi Tas».

Overall, Zholdasbekov noted the importance of this event for the all Turkic world and told about the uniqueness of this construction. «On the east side of the complex there is a stone with a quadrangular basis with the tribal tamgas of the ancient Turks». Due to the specific geographical location, the complex is called «red hill covered with mat-grass» in Mongolian language. The monument with signs is made of bluish stone of volcanic origin. There are about 60 different tamgas on its polished outer side, which belonged to the Kyrgyzs, Uighurs, Kipchaks, Khazars, Avshars and other major tribes. However, some signs are faded and partially remained undeciphered",-says famous scientist-turkologist.

It should be mentioned that there is no single published scientific work about these signs. As a result of scientific trip of the specialists of International Turkic Academy to Mongolia in September, estampage of the stone with the symbols of ancient Turkic tribes was brought. The reconstruction of estampage and its scientific replication was made for a short period of time. The scientists of International Turkic Academy began to research the data of the symbols to determine their tribal belongment. 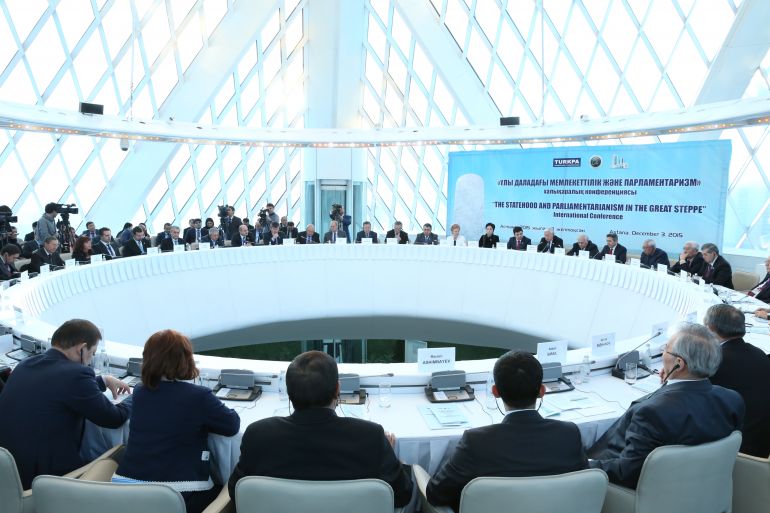