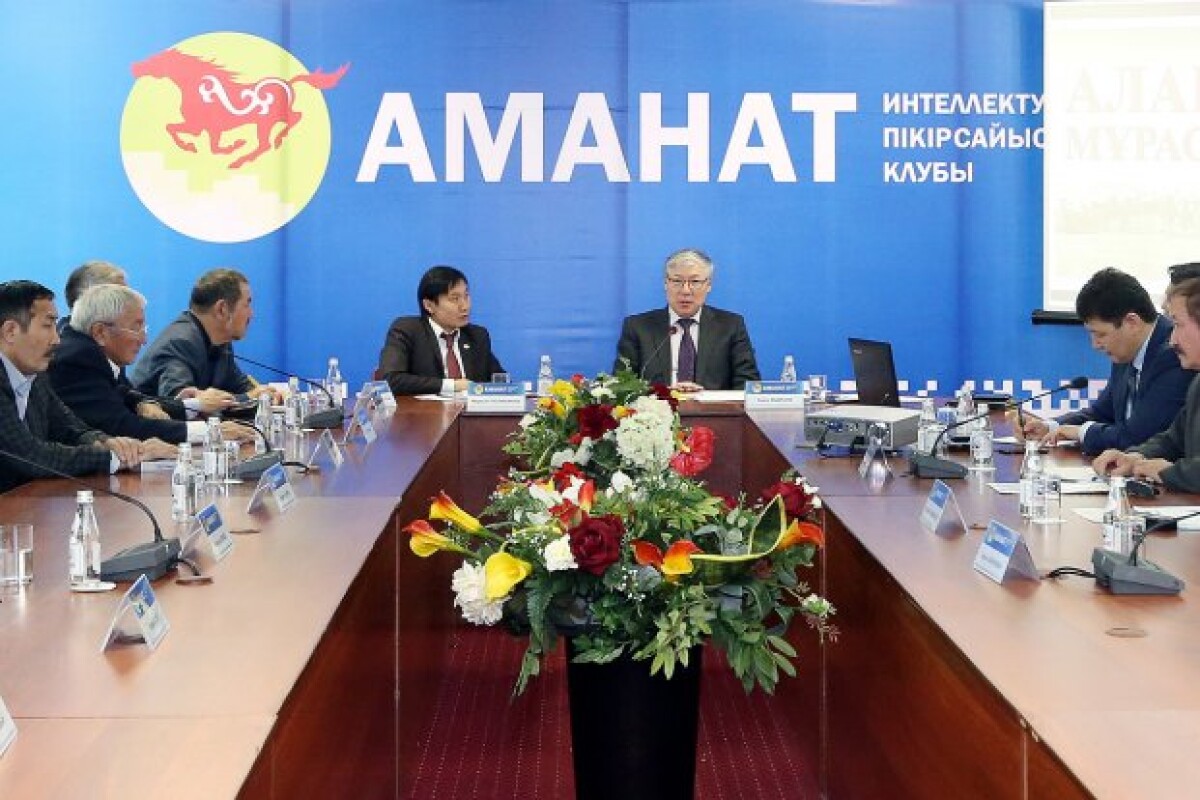 Yesterday, at the National Academic Library of the Republic of Kazakhstan with the support of “Nur Otan” party another meeting of the discussion club “Amanat” was held.
The historian Berik Abdygaliuly presented the unique materials found in the archives of Moscow and Omsk, about the activity of Alash-Orda troop. According to historian’s words many documents were first publicized and earlier were not published.

Yesterday, at the National Academic Library of the Republic of Kazakhstan with the support of “Nur Otan” party another meeting of the discussion club “Azamat” was held. The historian Berik Abdygaliuly presented the unique materials found in the archives of Moscow and Omsk, about the activity of Alash-Orda troop. According to historian’s words many documents were first publicized and earlier were not published.

The Councilor of the First Deputy Chairman of the party “Nur Otan” Berik Uali noted that the party pays great attention to the issues of the study of the movement of Alash-Orda adherents.

— Knowledge of history enriches each person. Found historical documents will make a significant contribution to the archives of our land. The researcher conducted serious work, — he said.

According to historian’s words, the army was created in difficult time to defend the world and safety of the country. It was functioning from 1917 to 1919.

— In the history of Alash-Orda there are many blank spots. The work on their study is in process. There are many scientific and research themes. One of them is the army of Alash-Orda. As you know, the army Alash had several names — National Territorial Army, National Army, Alash Army, Kazakh regiment, — he said.

Among found archive documents is the list of management personnel of the army. All in all, there are the surnames of 35 officers in it. The historian demonstrated the video about the fact how the National Territorial Army is training.

Also, the archive documents which tell about the fact that Kazakh batyrs served in the guard of ataman Alexandr Dutov were found. As Berik Abdygaliuly marked the commander trusted the loyalty and bravery of Muslims. The ataman’s Kazakh people were allowed to wear the national hat with the military outfit. The security accompanied the ataman on horses. As the historian said, in the search of archive masterpieces not indifferent citizens helped, among them — Berik Uali, Yerlan Karin and others.