25th anniversary of the adoption of the Declaration of State Sovereignty 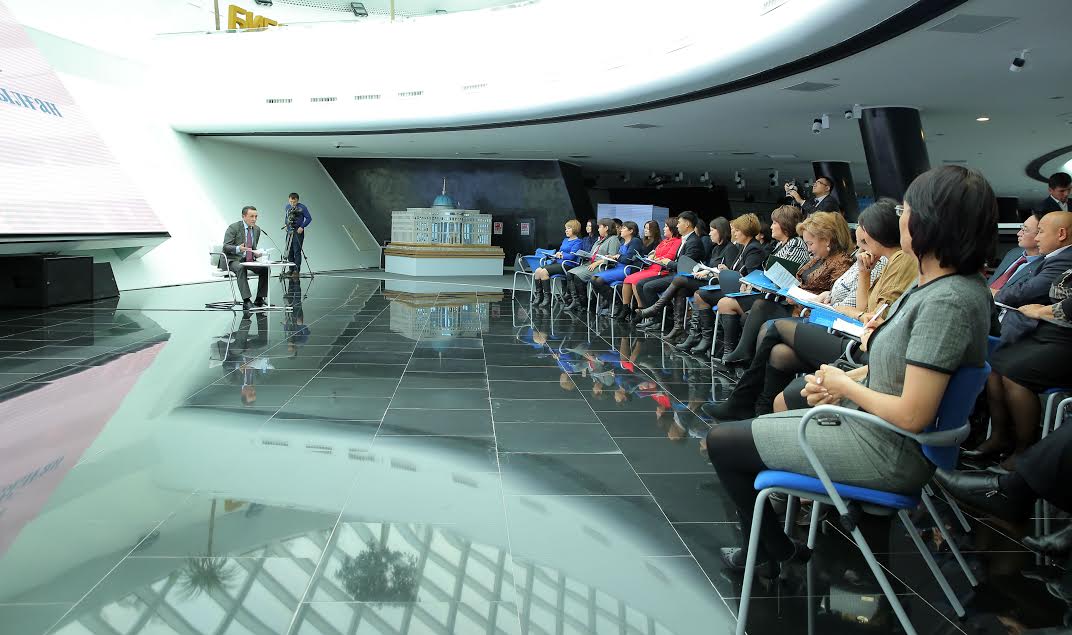 The Republic of Kazakhstan came to the significant jubilee mark – the 25th anniversary of the adoption of the Sovereignty of Independence.

The meeting-seminar organized by “Kazakhstan-2050” was dedicated to the 25th anniversary of the adoption of State Sovereignty on 12 November and was held in the Library of the First President of the Republic of Kazakhstan — the Leader of Nation. 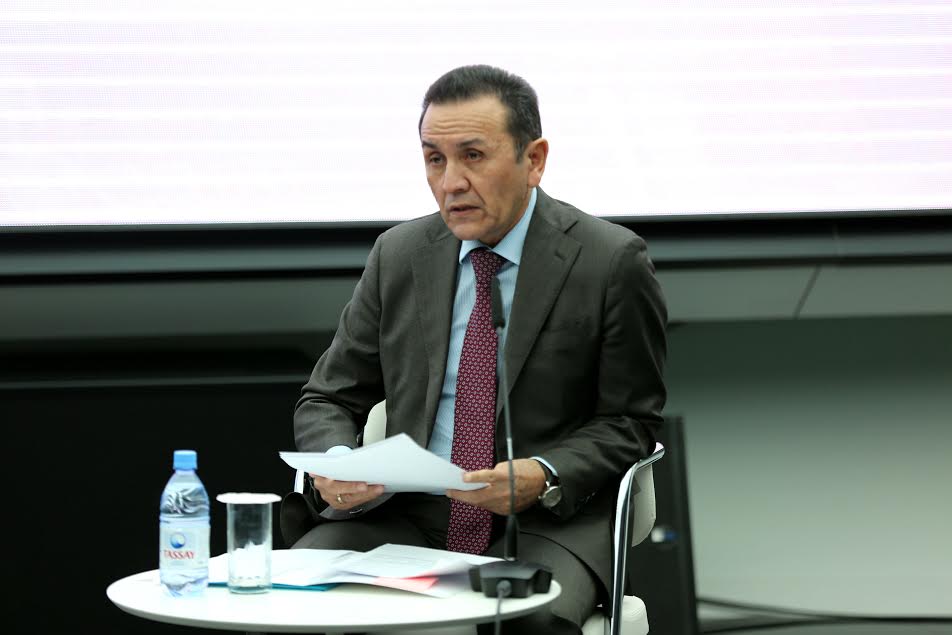 The instructors of Nazarbayev Intellectual schools from the regions of the country took part in the occasion. The aims of the event - popularization of knowledge on the role of the First President of the Republic of Kazakhstan N. A. Nazarbayev in the development of the country and its recognition in the world society, on the multi-faceted activity of the President in the matter of the fortification of independence of our country; on ideas, initiatives and programs of the President, focused on the development of the country among growing generation.

The moderator of the meeting — the Deputy Director of the Library of the Leader of Nation, doctor of political sciences Zhapsarbay Kuanyshev said that on 25 October 1990 — the significant date for all the Kazakhstan people as the day of adoption of the first document on the independence of our country, this day noted the beginning of its new history. 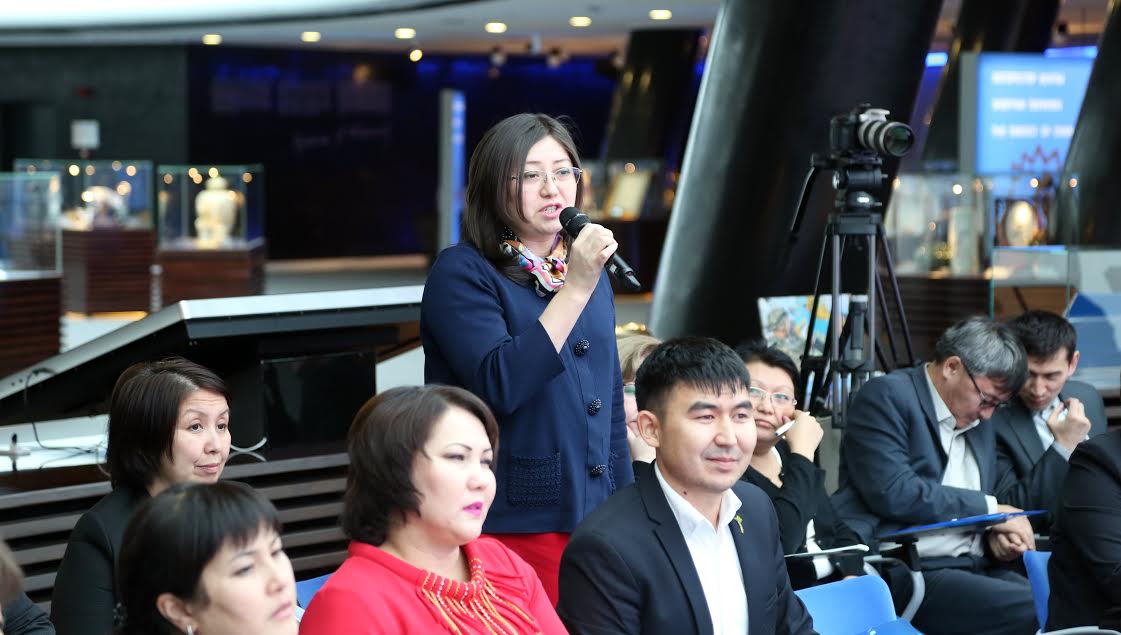 Along with that he drew the attention of the meeting participants to the fact that the realized today strategic ideas and programs of the Leader of Nation started in 90s of the last century and gained the systematic development and accomplishment. Within the framework of the meeting-seminar the doctor of juridical sciences, professor, teacher of the ENU named after L. N. Gumilyev Sholpan Tlepina conducted the lectures on the themes “Kazakhstan 2050” and “Plan of nation — 100 concrete steps on the realization of five institutional reforms”.

The occasion was followed by the report “Works of the Leader of Nation” which was prepared by the chief expert of the Library of the Leader of Nation Bibigul Bekenbayeva. The books presented at the exhibition testify about the huge research interest to the history of young independent state and constant scientific search of the First President of Kazakhstan. Book exhibition was presented at the stands with the built-in shelves on which the print publications are placed. At the set displays the thematic footage containing the information on the books issued in the country and abroad for the last several years was introduced. 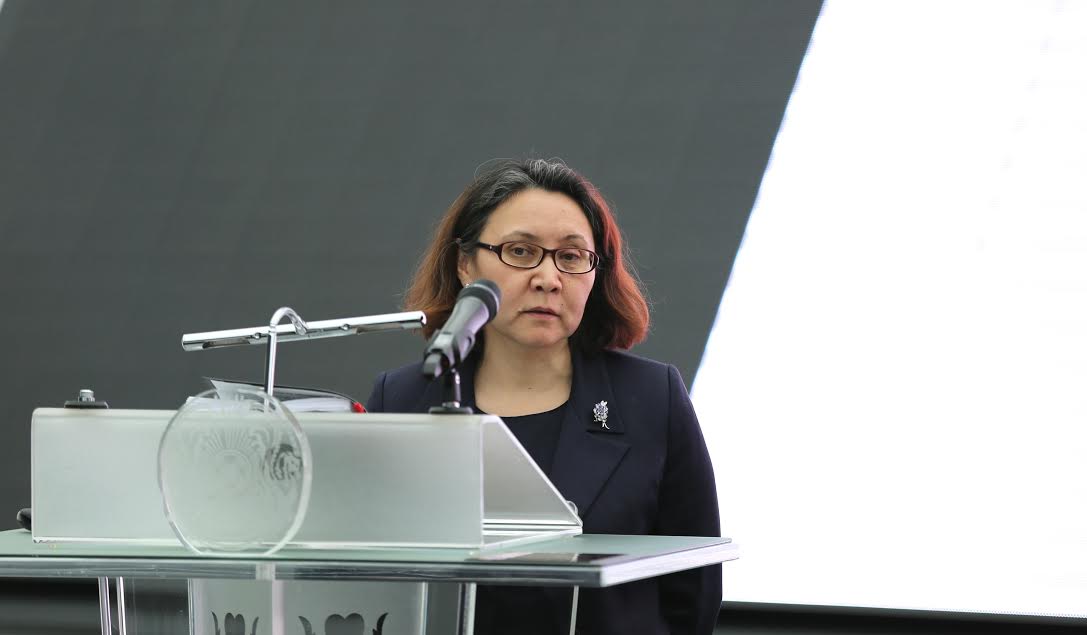 First of all, they are the works of the President of the Republic of Kazakhstan N. A. Nazarbayev. Among them is N. A. Nazarbayev’s book “Kazakhstan way” issued in 30 languages of the people of the world, also the selected works of the President. The section on the President of the Republic of Kazakhstan was presented by the books in which the role of the Head of state is disclosed in the conduct of large-scale political and economic reforms, in the fortification of social-political stability and international accord for the years of independence The section “Independent Kazakhstan in the works of modern authors” is rich in content. The issued for the last years books about Kazakhstan comprise the largest spectrum of issues: from geopolitics to the inner development of the republic. In the given section the books of both national, and foreign authors who set before themselves various tasks, apply different methods and approaches to the study of achievements and problems of the young state are presented. The participants of the meeting also met with the exposition-exhibition work of the Library and the content of interactive tables. The chief expert of the Service of information-image work, candidate of pedagogic sciences, docent Kunsulu Isinova conducted the work on practical part of the seminars. The teachers of the Nazarbayev Intellectual schools who came to the meeting-seminar expressed the gratitude to the organizers.

Materials on theme
“Heritage of Altai” expedition: the road back
President of Kazakhstan took part in the opening ceremony of celebrations dedicated to the 175th anniversary of Abai Kunanbayuly
“Akzhaiyk motives” – love for native land
Qurultay - the witness of prosperity of Kazakhstan