Aidyn Aimbetov passed on the “space” experience of youth 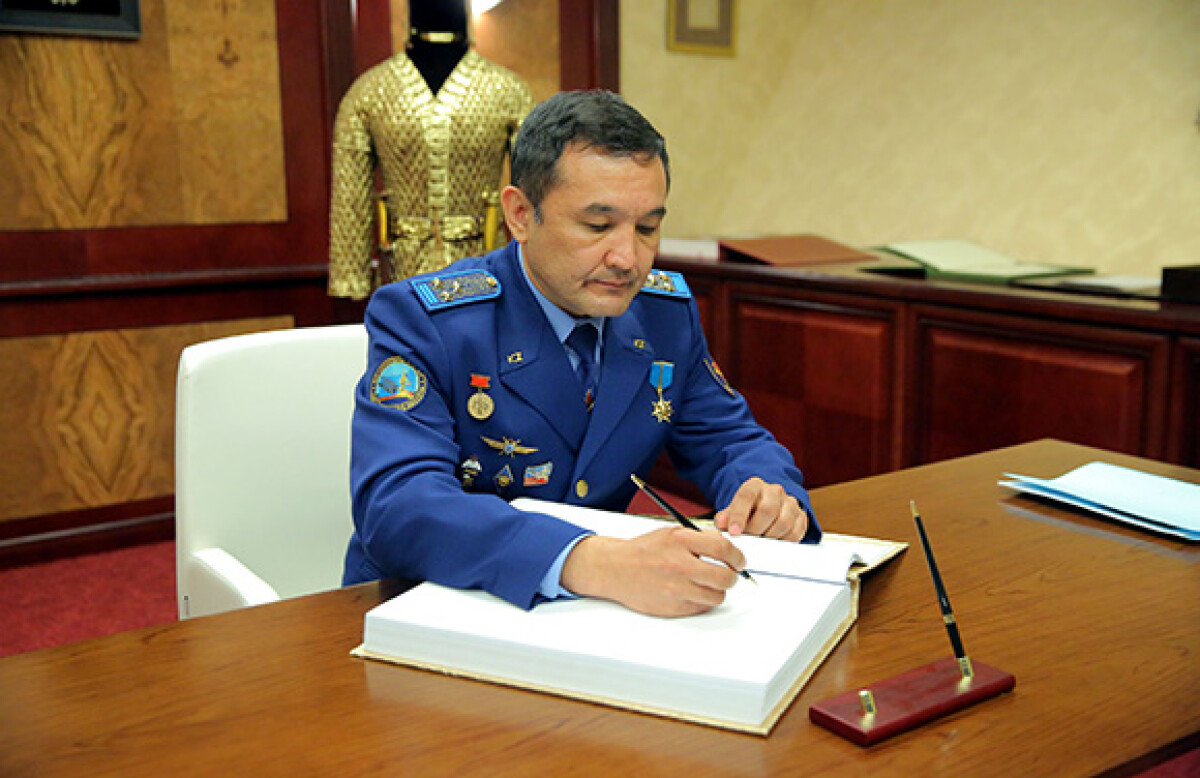 In the Library of the Leader of Nation the meeting of the cosmonaut Aidyn Aimbetov with young people was held. 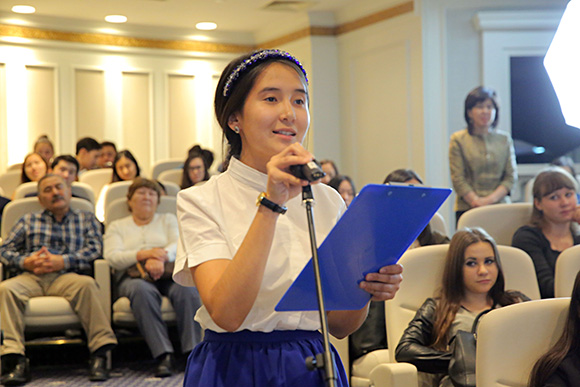 The aim of the event — formation and development of patriotic feelings, national self-consciousness, civil responsibility of youth through the introduction with the results in the space exploration as one of the indicators of achievements of independent Kazakhstan.

In the meeting with the cosmonaut who had recently returned from the flight to the International Space Station, the students of capital schools and colleges, members of the youth movement “Kemel El” of the Library of the Leader of Nation, also the members of educational project of the Library of the Leader of Nation “Ideas, changing the world” — the students of Aktobe and Kyzylorda regions, all in all about 300 children. took part. — For us it is the field-day, today here the meeting with our people’s hero Aidyn Akhanovich Aimbetov is being carried out.

Just recently all the Kazakhstani people with the enthusiasm and pride were observing the flight of our third Kazakhstani pilot. Notwithstanding the fact that he is not the first Kazakhstan citizen being in space it should be noted that for the first tine exactly the citizen of the Republic of Kazakhstan conquered it, — the Executive Director of the Library of the First President — Leader of the Nation Beysembay Zhumabekov underlined while opening the event.

“Not everyone is able to explore the space, it is necessary to have not only health and courage but also the corresponding education”, he added.

Aidyn Aimbetov thanked the management of the Library of the Leader of Nation for the invitation, organization of the meeting and noted that such exciting moments as the meeting with the growing generation stay in the memory for the whole life. He told the students that his childhood dream was to become a cosmonaut and his way to the achievement of his whole life aim. Students also knew that Kazakhstan became the ninth country out of 210 which are developing their cosmonautics and during the location on the ISS the fifth scientific program of space research and experiments of the Republic of Kazakhstan, elaborated by “Kazkosmos” was realized. It was interesting to hear that Aidyn Aimbetov as all the spacemen underwent the medical preparation and in case of necessity can subject to himself and other participants of the flight a small operation and even to fill a tooth.

Students were listening to the guest with interest and made a line to ask the questions. There were the questions about the feelings the spaceman had experienced in the flight, about the way A. Aimbetov’s relatives reacted to the news about the flight, how long the spaceman was waiting for his flight, how the spaceships avoid the meetings with asteroids and many others. Two participants of the seminar-training “Ideas, changing the world”, read the poems of their own composition, dedicated to A. Aimbetov; also for the spaceman Kurmangazy’s kuy “Balbyrauyn” was performed by one of the schoolchildren.

— Today, in the Library of the Leader of Nation the excursion was carried out for me. I saw and once again realized how many achievements Kazakhstan can be proud of. Those processes, that now occur in the world were foretold by our President 10-15 years ago. He has the huge authority in the world community. I am very glad that our President is Nursultan Abishevich Nazarbayev. I hope that you also will make efforts for the prosperity of our Motherland, our Kazakhstan. Set high aims before you. But they are not material values. It is important to strive for spiritual values, be more tolerant to each other, love and respect — A. Aimbetov addressed to the growing generation. According to the tradition the guest left the note in the Book of Honored Guests of the Library of the Leader of Nation.