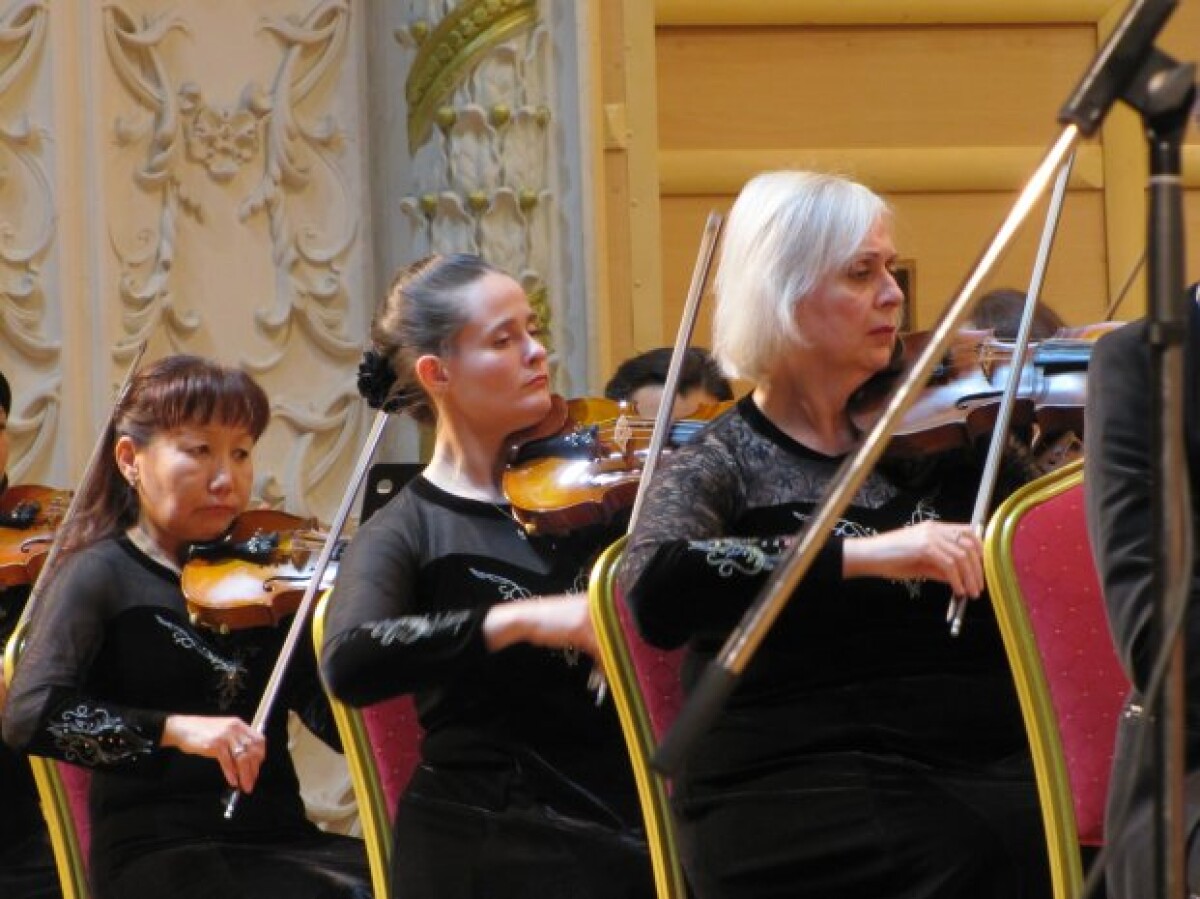 The concert dedicated to the memory of the famous band director, people’s artist of the Republic of Kazakhstan, professor Tolepbergen Abdrashev

The concert dedicated to the memory of the famous band director, people’s artist of the Republic of Kazakhstan, professor Tolepbergen Abdrashev was held in the Large Hall of Zhambyl Kazakh State Phillarmonia.

This time, an old friend of Abdrashev, a famous band director Kanat Akhmetov and State Academic Symphony Orchestra of the Republic of Kazakhstan (SASO)which was led over 25 years by Tolepbergen Abdrashev will perform on the stage. They presented the last concert program of the Maestro — The second piano concert and Symphony No.2, E-minor, composition 27 by Sergei Rakhmaninov.

A sensitive lyricist maestro Abdrashev was able to captivate and to find own story in the music sounds and then to tell it to the audience. Beautiful sound, balanced tone, dedication to details — all of this only confirms high class of the band director, who became a laureate of the international competition of the Herbert von Karajan Fund (1977) even at a young age. Tolepbergen Abdrashev devoted twenty-five years from fifty-nine to State Academic Symphony Orchestra.

A large number of interesting concert programs, covering Western European and Russian classics, works of modern authors and Kazakh composers were performed during those years. His conducting skills have earned recognition in many countries of the world — the USA, Germany, Cuba, South Korea, England. Although all teachers predicted a great musical future for him, he masterfully played the kobyz.

Abdrashev successfully graduated from Moscow Conservatory, he was a disciple of Gennady Rozhdestvensky, studies at Vienna Academy of Music and Performing Arts. He could easily stay and work in Moscow, but love for the Motherland irresistibly called home.

-If a composer is the soul, then the band director is the heart of music. Such person was maestro Abdrashev. His legacy is not only continuation of the best traditions of the local conducting school, representatives of which is known all over the world, not only his concert recordings, but also those moral and spiritual lessons he taught us,-said the honored worker of the Republic of Kazakhstan Alexander Fedyanin opening the concert.