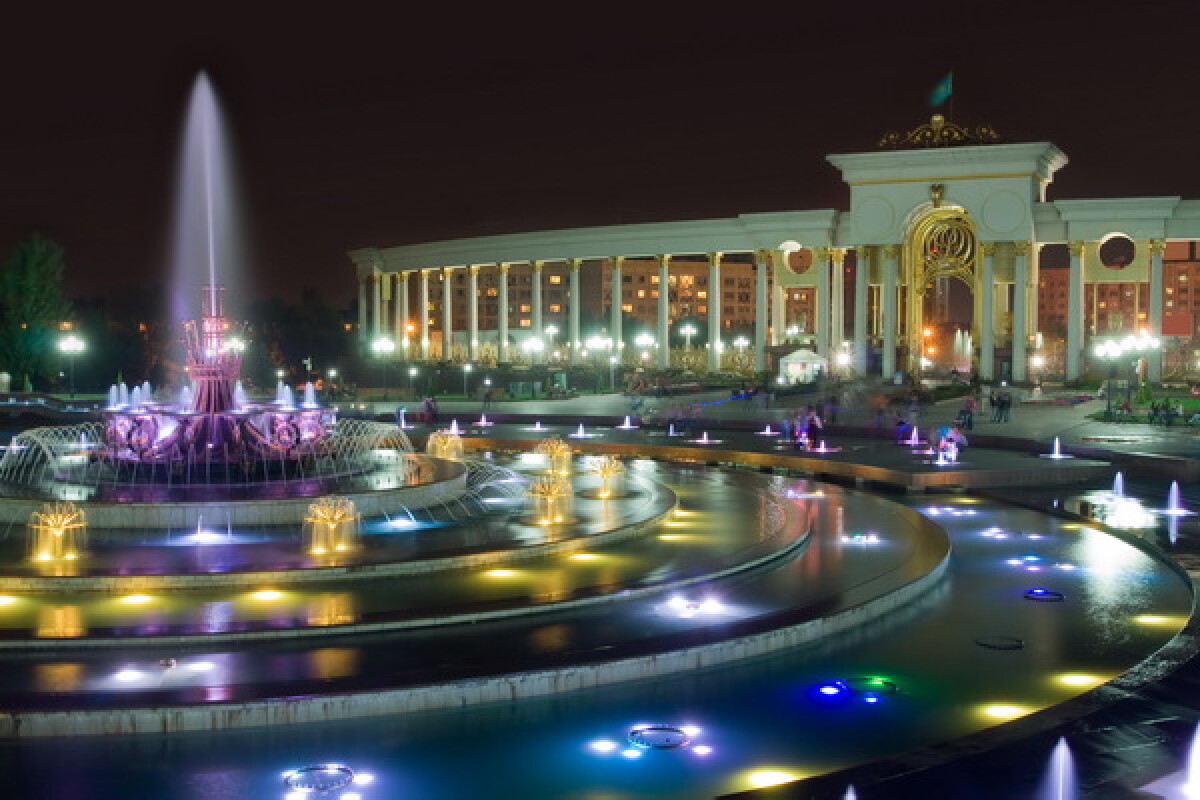 Concept of unprecedented social project on the creation of the Museum of an international level on the territory of Bostandyk district was presented by the patrons during the City Planning Commission.

According to the idea of the developers-representatives of the SF “Museum of Modern Art”, the aim of the project is the development of the city potential as the international partner of tourism. The construction of the object is planned at the adjacent to the Botanical garden territory with the area of 2,17 ha, farther north than Al-Farabi avenue. As the members of the Gradsovet noted the museum in perspective can serve the unique entrance group to Botanic garden and development of the dendropark as a whole. To remind, that for today the Botanic museum does not have the way out to Al-Farabi avenue. Among main requirements to the initiators of the project the obligatory conditions to preview the school-studio of modern arts on the territory of museum complex were presented. Besides, the land plot was transferred for a rent without right of repayment and does not change its target designation.

The Akim of Almaty Bauyrzhan Baybek noted the important significance of the project within the framework of the realization of the commission of the Head of the State Nursultan Nazarbayev on the strengthening and development of the status of Almaty as the scientific-educational, cultural centre and creation of comfortable conditions for residence.

“It is very important for our city which we want to make modern and corresponding international standards, create conditions for leisure of citizens. We are to revive the spiritual life of our city”, — the Akim underlined.

On businessman Serzhan Zhumashov’s words, the social fund “Museum of Modern Art” was created by a group of patrons and is the non-commercial organization, the main activity of which is the creation of social project of Museum of Modern Art of an international level.

For the project management the attraction of one of the most famous in the world museums of modern art is planned.

For its working out one of the best architects of the world was attracted. It is Carlos Ferrater (head and founder of the OAB architecture office, Spain) known his impressive approach to projecting and application of the technique of effective geometric forms.

The OAB architecture office has a large work experience in the carrying out of the museum projects and cultural centers. The architects of the company created such projects as the Granada Science Museum (Spain), Ter Museum in Manlleu (Spain), Castellon Conferece Centre (Spain) and others. In 1996 the OAB office gained the prestigious award V Bonaplata Prizes from the Association of the Museums of Science, Technique and Archeology of Catalonia for the contribution to the development of museums.

Along with that, Gradsovet approved the project of the construction of the apartment block “Jubilee Land” in Medeu district, worked out by the RSP Architects Planners & Engineers (Pte) Ltd, Singapore and LLC “PA KAZGOR” by the order of the LLC “Kumpolan Kazakhstan”. On the territory of the complex for the improvement of the solutions of multi-apartment buildings the great importance was delivered to the vertical planting of greenery. The Akim of City noted the significant importance of international experience for the city building of Almaty and underlined that each district had to have the unique architecture image.